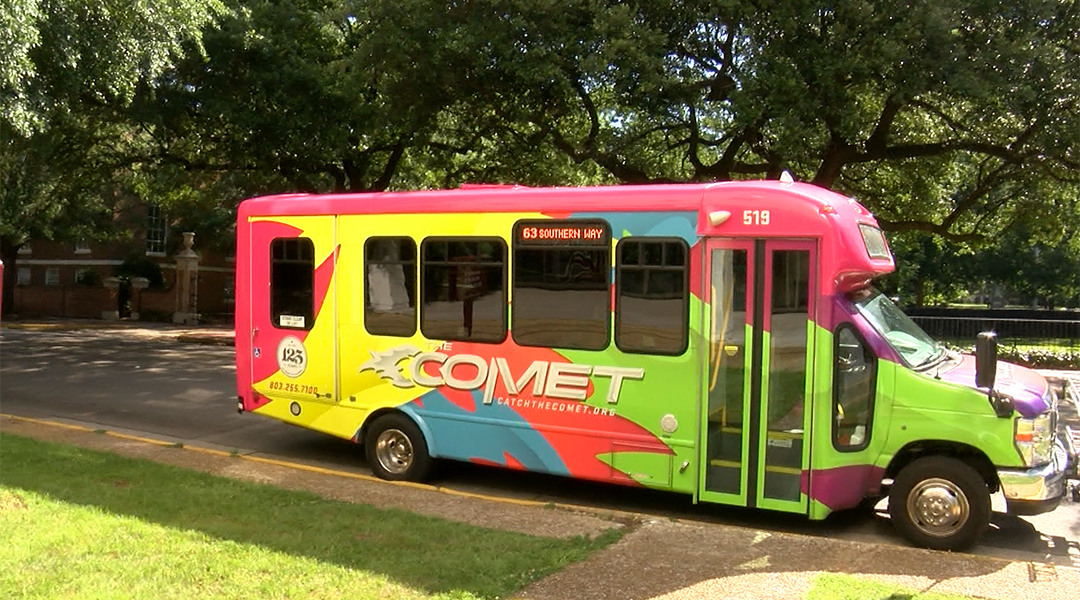 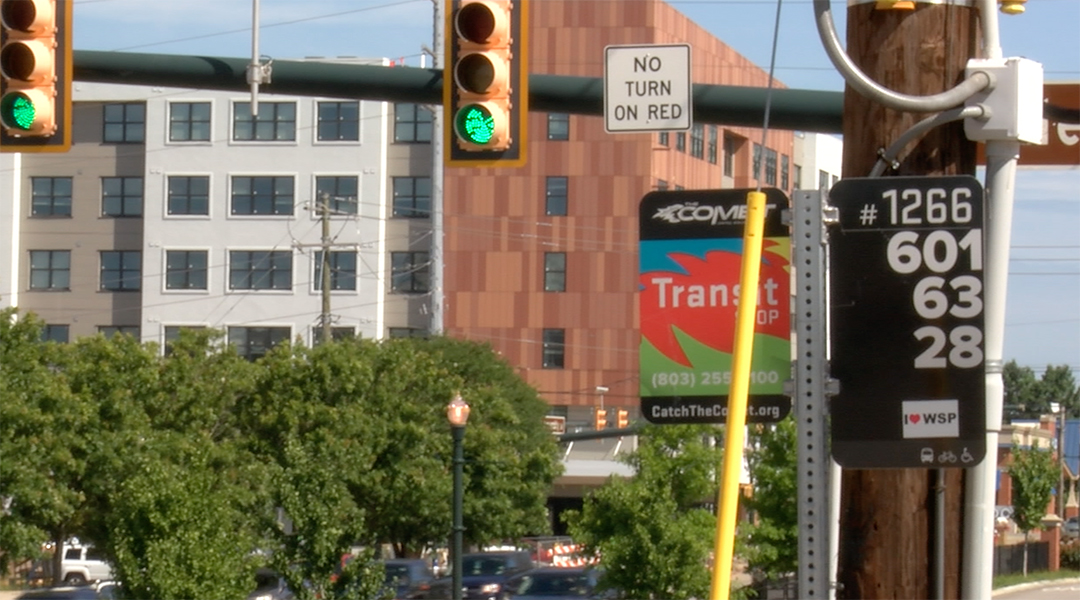 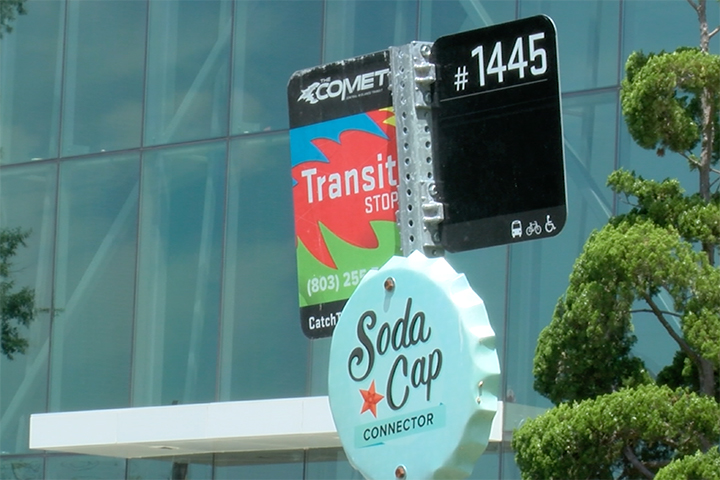 A Comet and a Soda Cap joint bus stop.

Columbia’s public bus system, The Comet, joined a national campaign this summer that encourages people to take public transportation instead or driving their cars.

Dump the Pump was started in 2006 by the American Public Transportation Association (APTA) when gas prices reached 3$ a gallon and emphasizes that public transportation is a convenient travel option that also saves money.

Rose Dangerfield, a Dump the Pump participant, heard about the event through the Chamber of Commerce’s partnership with The Comet.

“It’s the first time I’ve learned about Dump the Pump Day, thanks to the great team over at The Comet, so I will be supporting this every year on from today,” Dangerfield said.

Taking the bus has many benefits to both the community and the pocket. According to the APTA , for every $1 put into public transportation, $4 goes back into the local economy. They also say that if a two-person household downsizes to one car, they can save more than $10,000 in car and gas costs annually.

Columbia resident Calvin Richards said that he would save money by taking the bus and has even thought about getting a Moped to save money on gas.

Chamber of Commerce employee, Sterlin Choice, says she thinks that with gas this high, taking the bus will “save people lots of money in the long run.”

Although The Comet bus service was free in Columbia for Dump the Pump Day, it is only less than $2 per ride with over 30 routes across the midlands. The Comet also has a downtown system called The Soda Cap that runs through downtown Columbia every day for free.