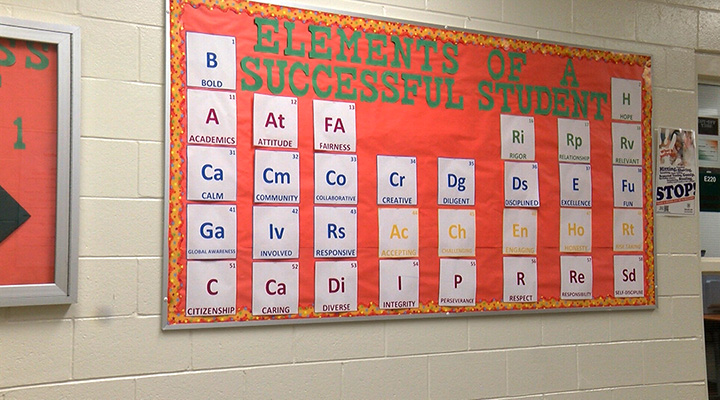 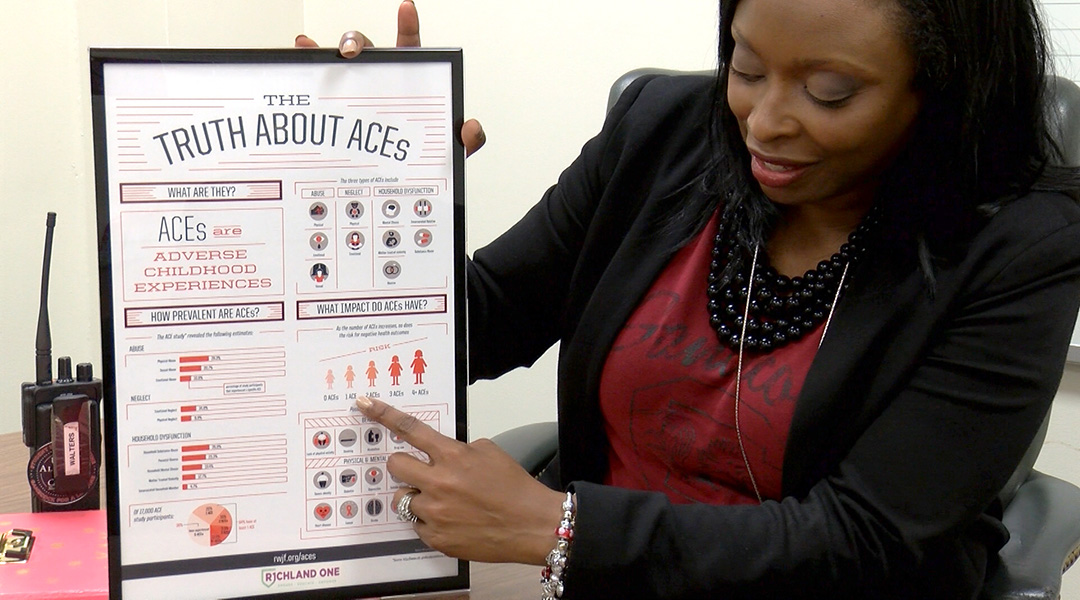 Walters explains the ACEs system and the correlation between childhood trauma and potential behaviors. 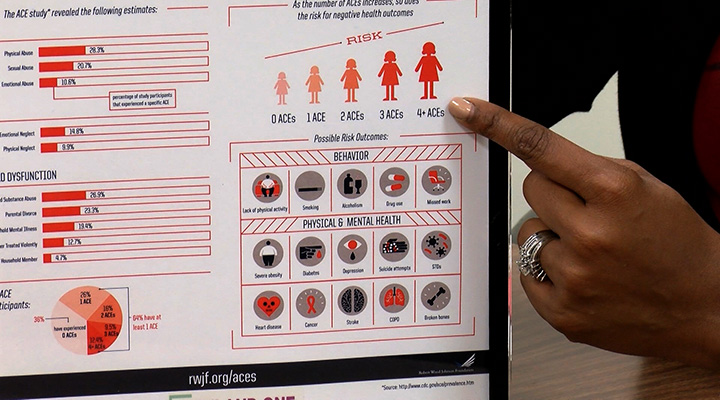 The ACEs system shows the different risk factors and potential behaviors that children face from trauma at certain ages.

Neshunda Walters, principal of Eau Claire High School in Columbia, makes it her job to be there for her children as more than just a disciplinarian. She thinks it’s important to learn about her students’ needs in and out of the classroom.

Walters, along with schools around the nation, uses a system called ACEs, which stands for Adverse Childhood Experiences. The system helps educators link certain traumatic experiences to potential risks and effects for children.

Mental health is a concern for people of all ages, and issues can begin when children are very young. When children start going down a dangerous path, people wonder if someone could have done something to help them.

“They come looking for you, and sometimes outside folks, who they know will just listen,” Neshunda Walters said. At Eau Claire High School, Walters explained that the demographic of students is very diverse. Many students come from unstable homes where they may be experiencing different kinds of trauma.

By using ACEs, Walters is able to identify students who are at risk for certain behaviors. The system helps spot mental and physical risk factors for students who are exposed to traumatic experiences at different ages, and how they can change.

The ACE study was first conducted in the 1990s by Kaiser Permanente and the Centers for Disease Control, and is used by schools around the nation. The study has found that traumatic childhood experiences can continue to affect people into young adulthood and beyond.

Walters works on building strong relationships with her students so she can understand what they may be going through at home. She likes to check in with them every morning to ask questions as simple as if they’ve had breakfast, or if they’ve gotten a good night’s sleep.

She can learn a lot about students’ home lives by asking them simple questions and being there for them when they need someone to talk to. If she senses that her students are not getting necessary care at home, she will talk to the students and use ACEs to evaluate whether they are dealing with traumatic experiences.

ACEs can show how children may be affected by traumatic experiences as they get older. Walter says that it is important to monitor students of all ages, even into college, because mental health issues can develop at any point.

Toby Lovell, a psychologist at the University of South Carolina Student Health Center, said he has seen an increase in mental health issues over the last few years. Specifically, he notes anxiety and depression as being the most commonly seen issues.

“Trends that I’ve noticed over the course of time is a general increase in severity of mental health symptoms,” Lovell said.

At the health center, Lovell wants to create a safe environment for students to teach them how to cope with their emotions. He also wants students to know that they have a support system.

The USC Student Health Center also offers help for students who are concerned about someone else’s mental health. Similar to the ACE approach, Lovell thinks it’s more than just mental health that leads to self-harm and violence.

But Lovell also thinks that the violence is ultimately related to there being too much access to firearms.

A big question that comes into play is how to keep these weapons out of the wrong hands, and then how to identify those wrong hands.

Shikre Sabbagha is a Midlands Tech political scientist who also thinks there is not just one answer to the violence.

“That’s highly problematic because, to my knowledge, and again I’m not a mental health official, but there is no diagnosis of mass shooter syndrome,” Sabbagha said.

However, Congress passed a bill in 1996 forbidding the CDC from using money to advocate or promote gun control. The CDC is very restricted in terms of what they can do regarding gun violence.

Despite the uncertainty in the future for mental health, Walters plans to continue building strong relationships with her students. In hopes of keeping children on the right track and breaking the cycle of violence.