Are families willing to spend big at the SC State Fair? 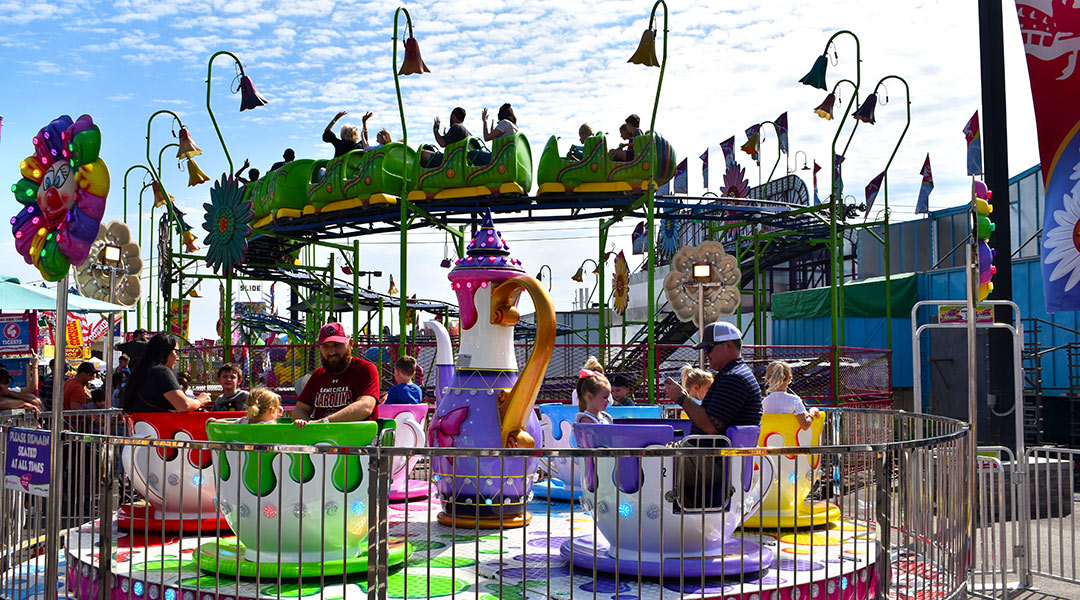 Families are stretching their financial boundaries at the South Carolina State Fair this year.

From admission to rides and food, fair prices are making this South Carolina tradition more difficult to afford.

Every year, Chris Furniss goes with his wife and children to the fair. He enjoys going but doesn’t look forward to seeing how much money he has spent by the end of the day.

“The fair knows people will come and spend money regardless of what it costs,” Furniss said. “That’s just ridiculous. I believe the fair is so huge that it brings people from all over the state, maybe other states as well. They’ll pay whatever they want to.”

A one-day general admission fair ticket costs $15 in advance, or $20 at the gate, while ride vouchers are $35 per person. Furniss said he knew it would be an expensive day.

Everything adds up quickly.

Tracey Cannon, a middle school teacher at Cross Schools in Bluffton, takes her eighth-graders to the fair every year. She said the average cost depends on how hungry the students are.

“We got our early tickets, and then they’ve got their money for whatever food they want and then the games,” Cannon said. “So maybe they’ll spend $75-$80 each.”

Even though the fair can cost a lot of money, David Green, a cook at a sausage and hot dog stand at the fair, said customers are happy with what they get.

“They come back,” Green said. “A few people leave, and next thing you know, they’re back in line wanting some more.”

Brett Browning, a five-year manager of a stand that sells deep-fried Oreos, said he thinks fair vendors spend between $60,000 to $100,000 on housing, transportation and food expenses while on the fair circuit each year.

There’s also a lot of preparation to ensure everything runs smoothly when the fair begins.

“It’s probably a six- to nine-month pre-plan,” Browning said. “So you figure out what you’re going to do, what you’re gonna need. The main thing is supply, especially now with supplies being harder to find and more expensive.”

Browning’s business has had trouble getting its hands on Oreos, for example. Two factories he usually orders from had been on strike, he said.

“We were going to different suppliers around town here just trying to find the right supplies,” he said.

Despite these problems, vendors are still able to make their money back because of the number of paying customers who walk the midway.

“We want to be profitable, of course, but we want to give a product to the customers that not only is great, but they can afford, too,” Browning said.

The fair is South Carolina’s largest recurring event, attracting about 400,000 people annually. This year, it’s in Columbia from Oct. 12-23. The vendors take full advantage of the 12-day event.

“It was kind of slow the first couple of days, but Saturday and Sunday were outstanding,” Browning said. “Usually we have lines that stretch all the way across the other side.”

Despite the higher prices, customers are still having a good time.

“It’s worth it,” Furniss said. “But then I cry when I look at my bank account a couple of days later.”

As the fair ends on Sunday, workers say they have enjoyed interacting with customers and meeting new people.

“That’s why we do it,” said Sarah Nellermoe, a face painter. “We love just making everyone so happy — that’s the best part.” 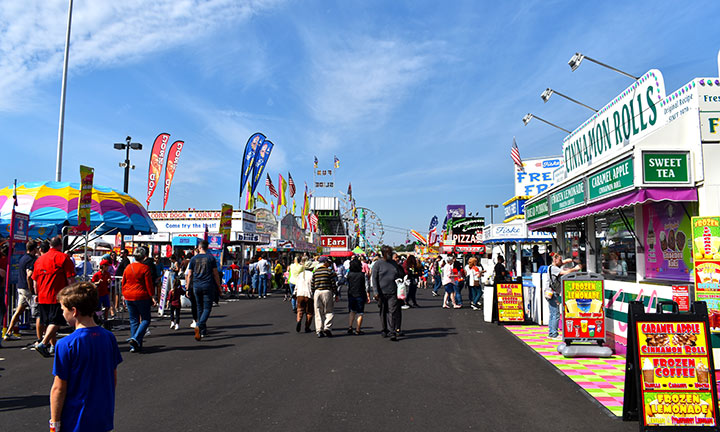 There are more than 80 food concessions at the fairgrounds, giving customers plenty of options from which to choose. 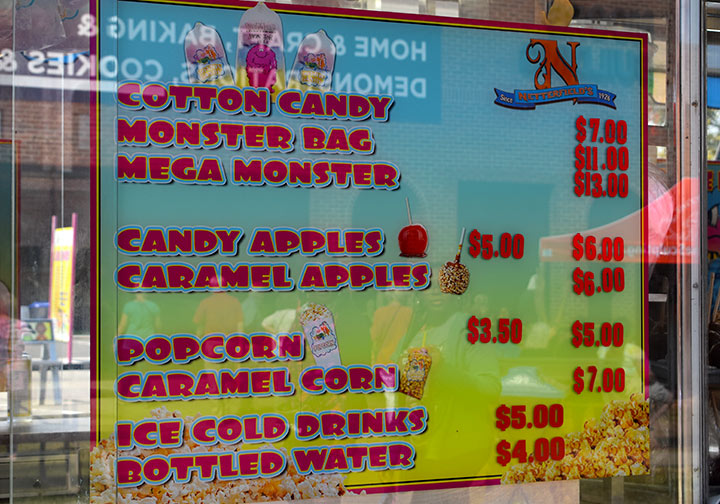 Food vendors, such as this one, have their prices listed outside of their stands. 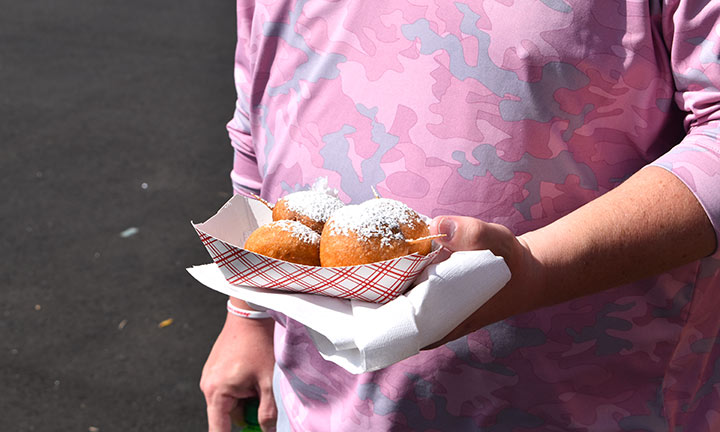 Wayne King, one of the many State Fair attendees, bought himself four fried Oreos for $7 on Monday. 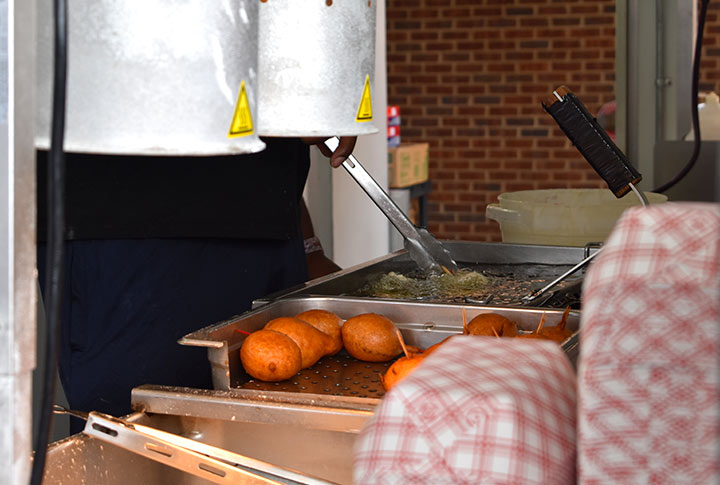 At the deep-fried Oreo concession stand, workers are quick to fry and deliver the food to the customer.