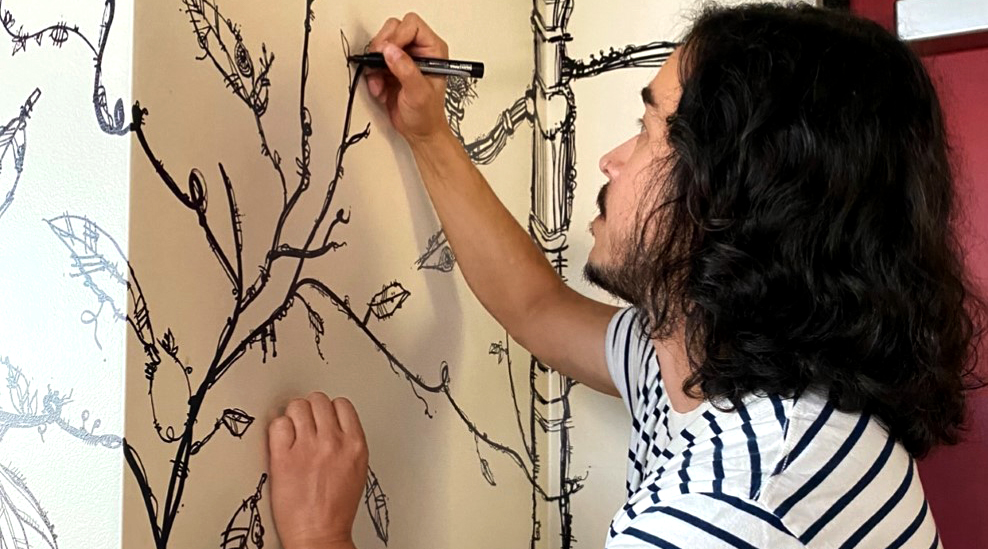 “I can recall drawing something that I really latched onto in the fourth grade. It was images just out of my head like creatures I imagined and some weird worlds I would envision living in and exploring,” the artist said.

While Krajewski claims an ethnic mix of Polish, Chinese, French and Indonesian in his family background, he was born in Connecticut and now resides in Columbia, South Carolina,  where he works as a self-taught professional artist.

His work is whimsical, often combining black outlines and vibrant colors with fictional creatures. The artist creates from his imagination rather than reality. He is not afraid to produce imagery that puzzles the viewer and makes them think. Krajewski views his artwork as an emotional and mental outlet, hoping his viewers do the same.

His latest project is a new installation in West Columbia’s Black Rooster, a restaurant overlooking the Congaree River with a view of  Columbia’s skyline.

Krajewski’s unique technique and style captured the eye of Black Rooster owner Kristian Niemi years ago when he commissioned Krajewski for a personal project: an image on a 20-by-24 canvas with two figures, one holding grapes and the other wine.

“I chose him because I’ve been a fan of his work for 10 years or so,” Niemi said. “I love his style – it’s incredibly unique yet playful. His art seemed to fit the restaurant.”

Niemi has given Krajewski complete artistic freedom.  He can create whatever he wants with no given deadline- a new and challenging exploration for the artist.

“I have been doing line work in black on white walls and white on black walls with minimal hints of red,” Krajewski said.  “I wanted to create something I would find fascinating when I experienced the Black Rooster.  Colors are black, white and red as of now, although I won’t rule out splashes of vibrant color making themselves known in the future. I played off some French themes and made them my own.”

The artist has been creating images of roosters with his own twist to each one. You can find hidden gems throughout the images such as the names of the people who have stopped by to visit him while working on the project.

Krajewski began working on his project at Black Rooster in November 2019, several months before the restaurant closed because of the coronavirus.  The piece is not finished as he will continue to work on the project as new ideas approach him.

The artist is known for commissioned artwork for film and art festivals, set design for Trustus Theatre and art for the Columbia City Ballet. Krajewski is one of two artists who has been invited to paint on the walls at Columbia Museum of Art, where he created a mural.

Most recently, the artist collaborated with artists Justin Vorhees and Lucas Sams on a drum set slathered in color and imagery for the interactive art park in West Columbia.

Outside of his Black Rooster project, Krajewski has spent the past few months working on commissions, collaborations and his personal body of work. When not in the studio, he said he was “making more paper airplanes to throw off of a 3rd-floor car garage.”

Black Rooster began a re-opening with limited seating on Sept. 9. 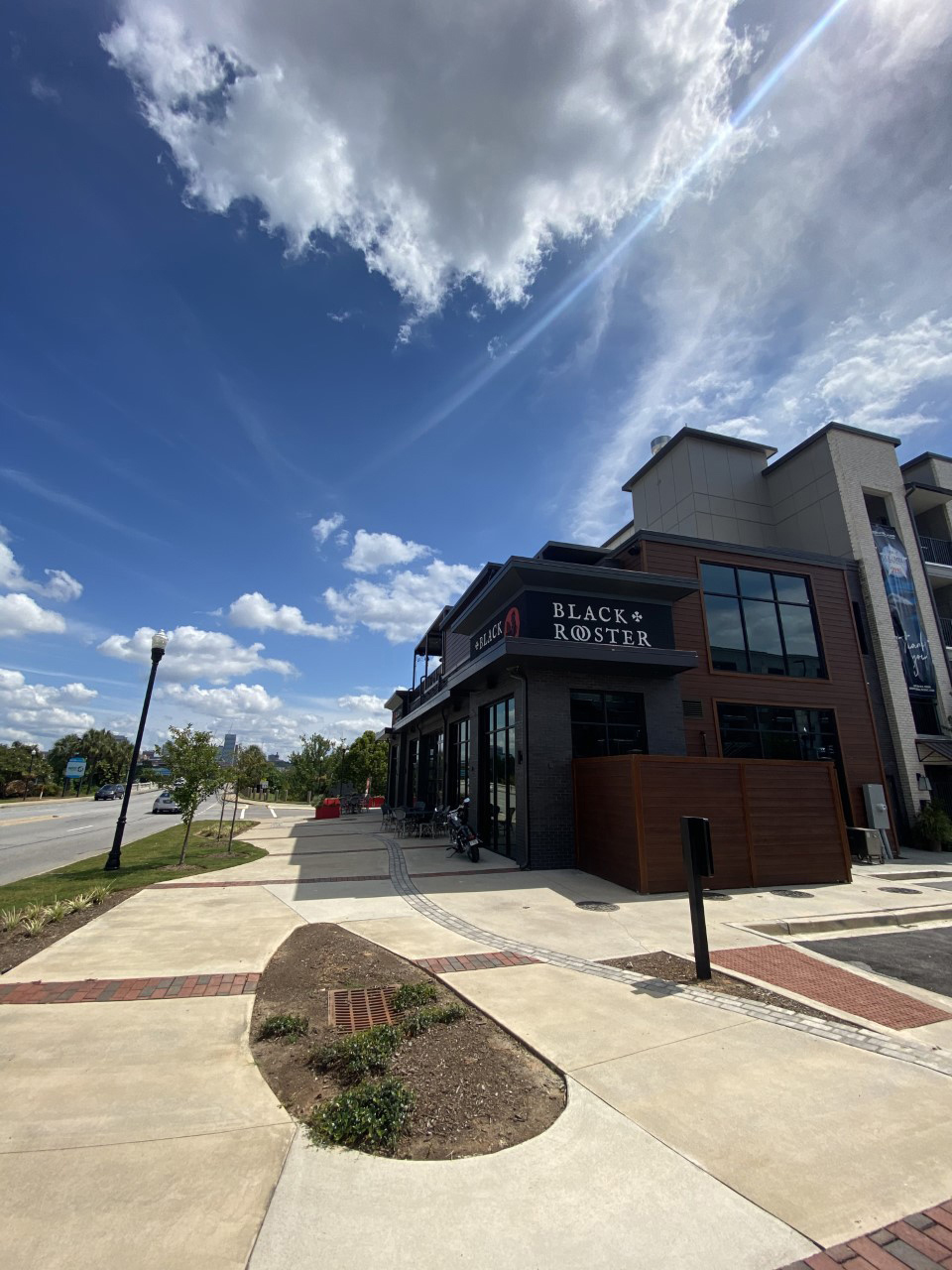 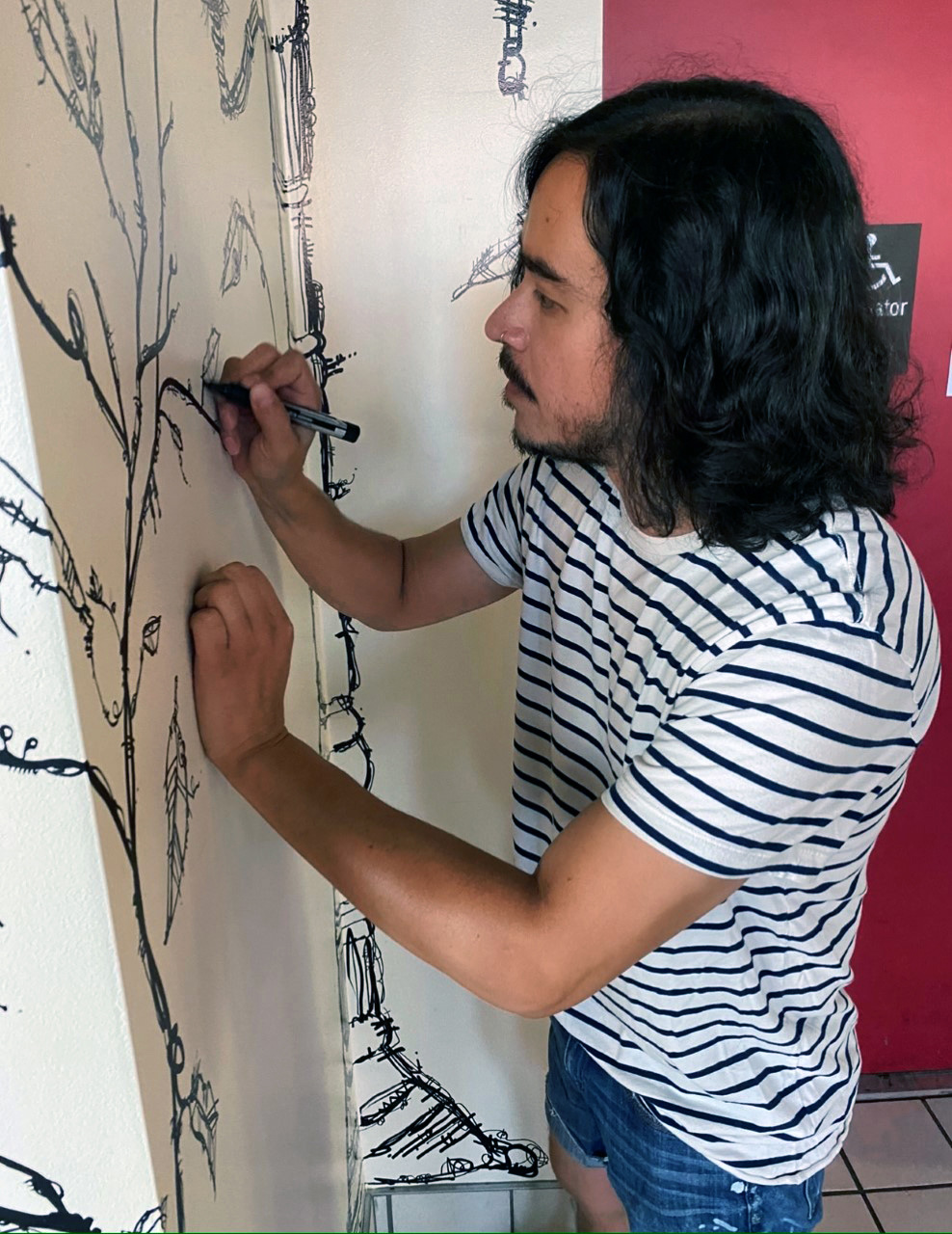 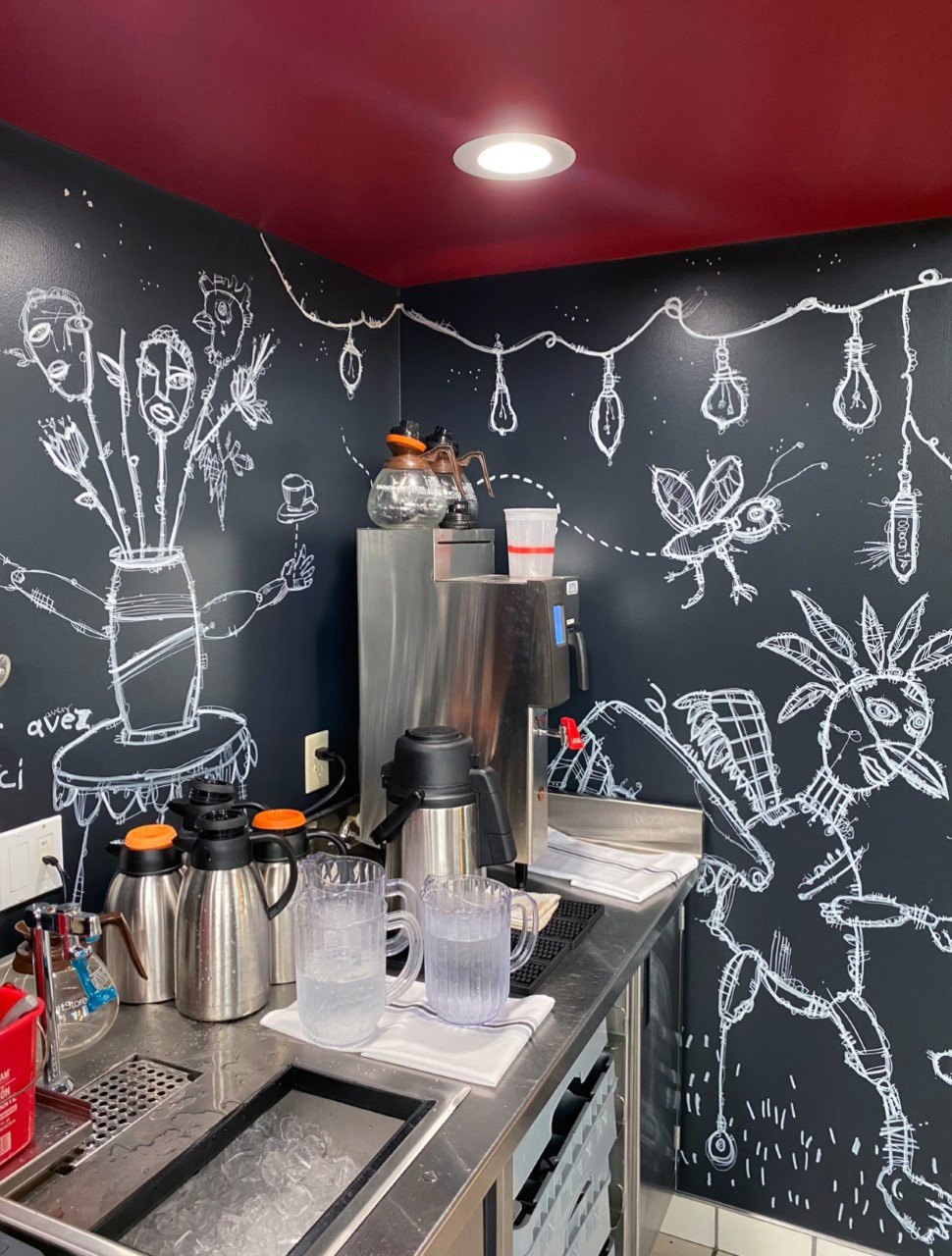 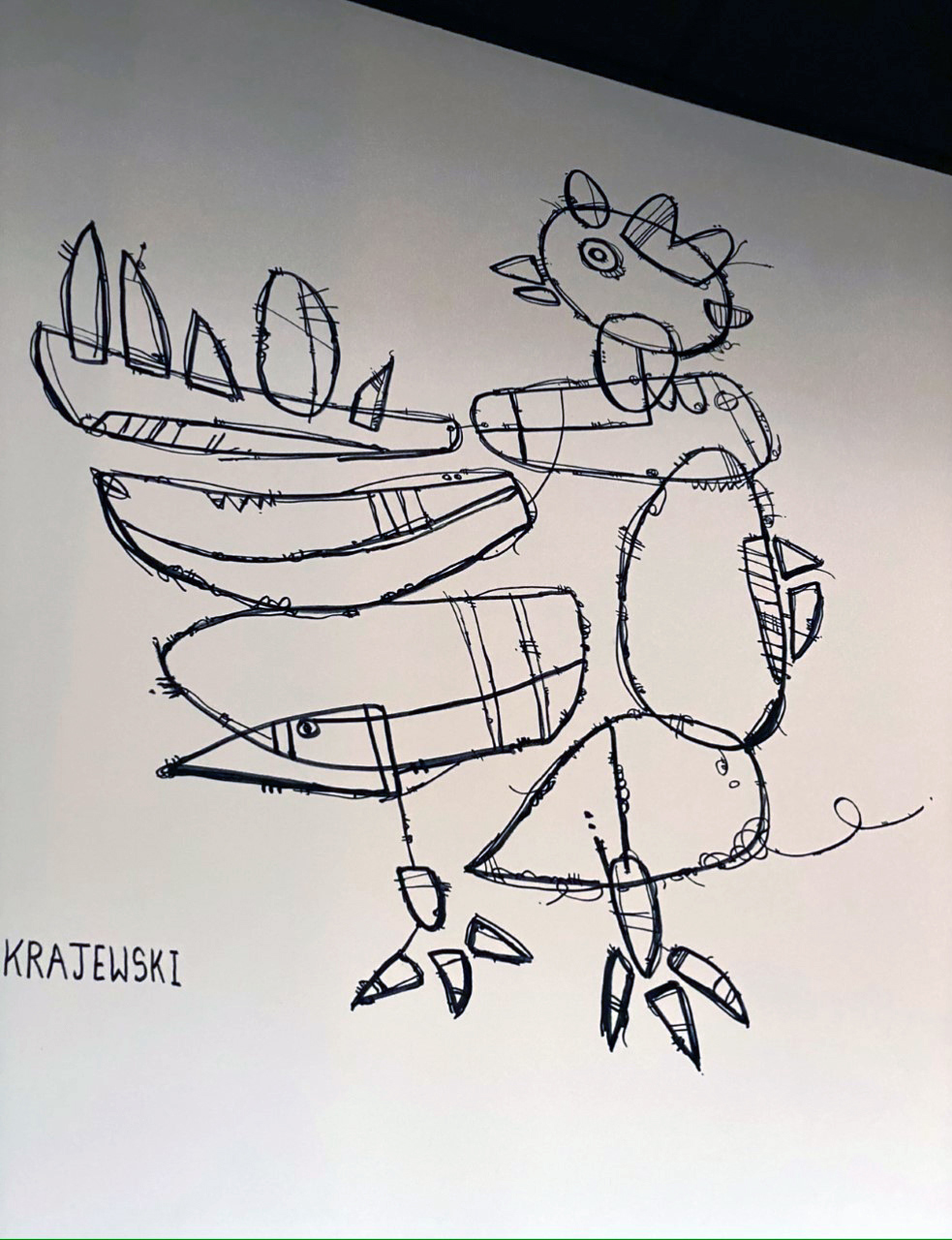 A rooster drawn by Michael Krajewski sits on the wall of Black Rooster. 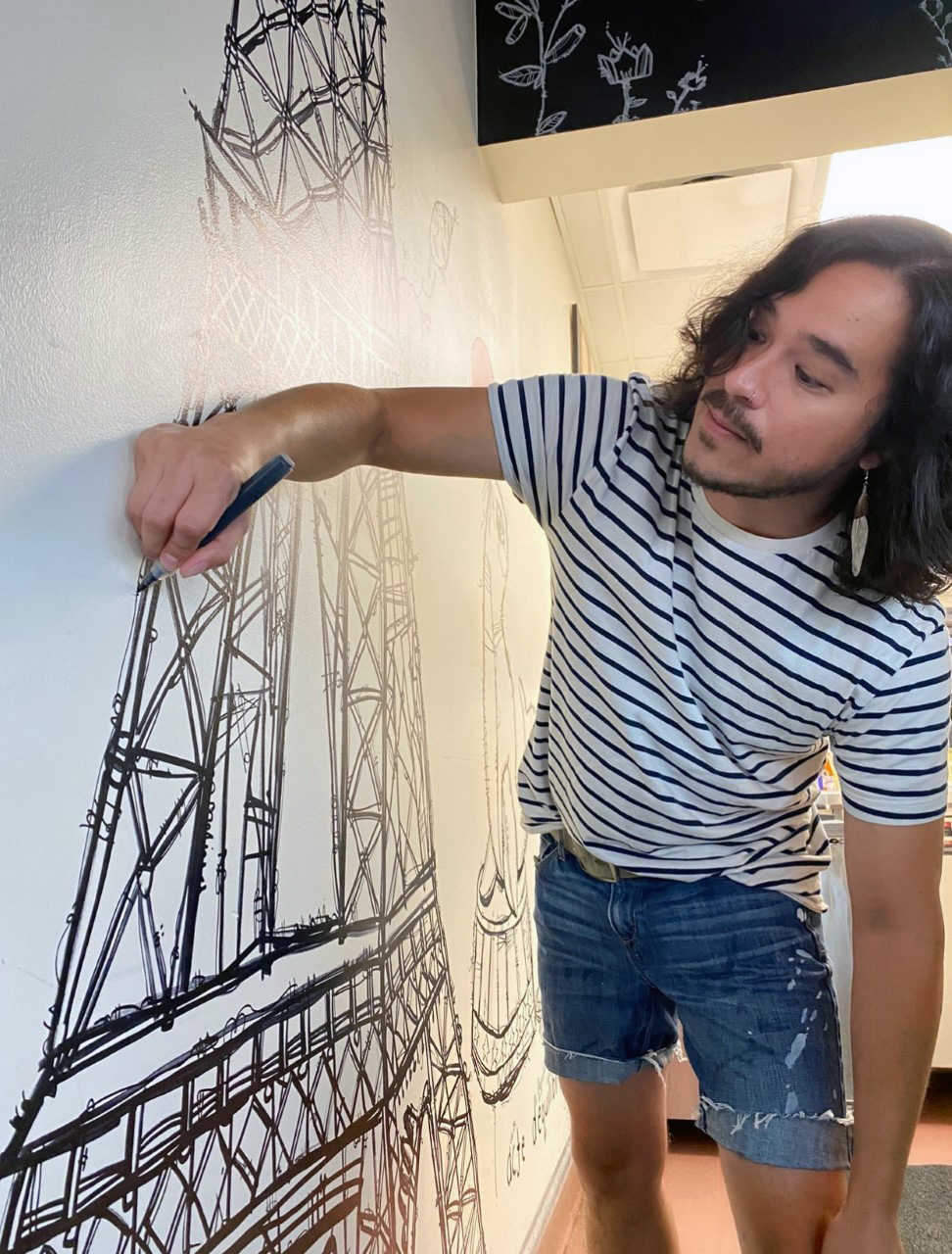 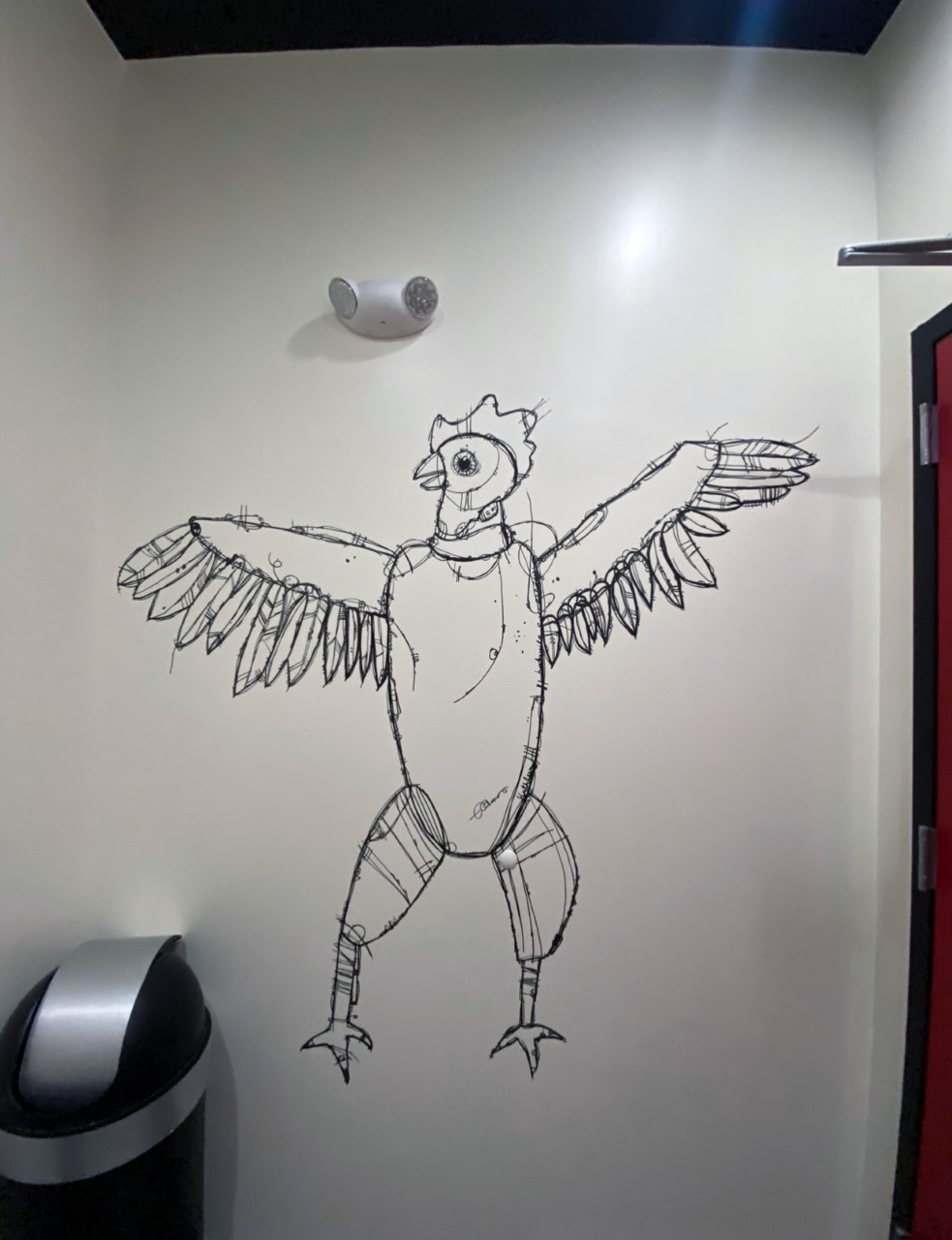 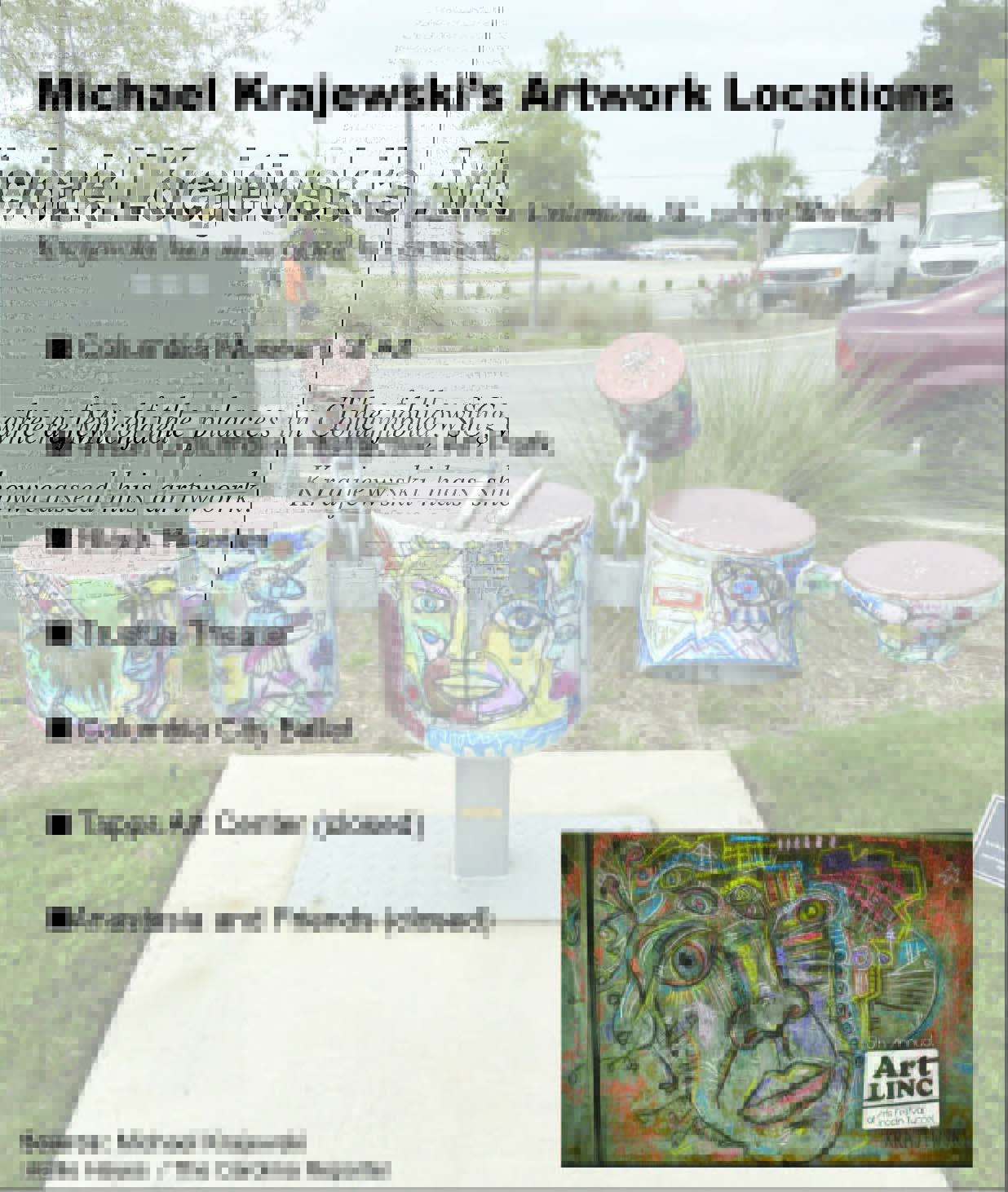