Ashes to ashes, Dust to Dust: A sustainable approach to burials 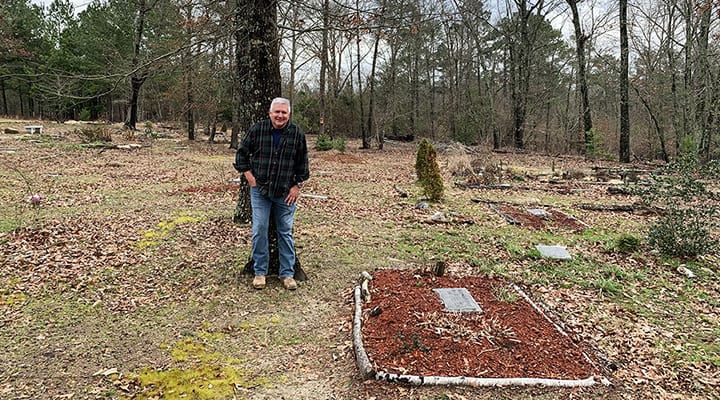 Michael Bishop, owner of Dust to Dust Green Burial, believes that the natural way is the better way.

Michael Bishop is worried Americans might be mourning the death of the planet if people continue using contemporary forms of burial.

Bishop, the mayor of Springdale, owns and operates one of three environmentally-friendly cemeteries in the state. Bishop started Dust to Dust Cemetery in Swansea in September 2009 after he witnessed a horrific car accident.

“Three people were killed, and I was the vehicle behind that car,” Bishop said, “and it just hit me that I could’ve been that car, and so I started figuring out what would happen to me if I suddenly died.”

Bishop decided he would like to be buried on his farm in Swansea, a little community south of Springdale. He did his own research and discovered that no South Carolina laws require that bodies be embalmed, placed in an ornate casket or buried in a steel vault.

“I realized that I can’t be the only one that wants to be put in a pine box and buried in the woods,” Bishop said.

Dust to Dust Cemetery takes up two acres of Bishop’s 57-acre farmland. Each plot can be marked with a flat, natural headstone and can be decorated with flowers or other natural materials. The cemetery doesn’t allow for the burial of any nonrenewable resource – that means no concrete, metal, plastic, ceramic, tile, or stained, painted, or polished wood.

Bishop’s philosophy of natural burial clashes with the practices of more traditional funeral homes in America. Dust to Dust does not embalm, or accept any bodies that have been embalmed. That’s because of the detrimental effect the embalming chemicals  pose to the environment and to the individuals who administer the embalming fluid, Bishop said.

The Berkeley Planning Journal, a peer-reviewed scholarly journal published by the University  of California, wrote in 2012 that “approximately 827,060 gallons of embalming fluid, primarily formaldehyde” are buried in the contemporary burial process in the United States each year. That’s equivalent to one and a quarter Olympic-sized swimming pools filled with embalming chemicals each year.

Exposure to the chemicals involved in the embalming process has affected the health of funeral workers, as there’s been a high incidence of leukemia, brain and colon cancer among embalmers, according to the Berkeley Planning Journal.

In addition to the effects of these chemicals, “approximately 30 million board feet of hardwoods, 2,700 tons of copper and bronze, 104,272 tons of steel, and 1,636,000 tons of reinforced concrete” are also buried each year in America, according to Greensprings Natural Cemetery Preserve, a green cemetery in New York.

To bury a loved one with Dust to Dust, the average cost is $1,000. According to the National Funeral Directors Association, the median cost for a funeral and burial with a traditional funeral home in 2019 was $7,640.

“Nature is going to win at some point, so you’re just burying money,” Bishop said.

Since its opening almost 11 years ago, Dust to Dust has done 400 burials, according to Bishop. But that number pales against the conventional funerals and burials that are conducted by brick and mortar funeral homes in South Carolina and across the United States.

In the Midlands, Thompson Funeral Homes, a corporately-owned business with three locations in Richland and Lexington County, did 1,189 burials in 2019 alone.

Turner, the location manager at two Thompson Funeral Homes locations in the Midlands, says a traditional funeral homes provide services that go beyond what a natural cemetery offers.

“We have all the facilities and everything that one would need to receive guests and friends, and to have a memorial or funeral ceremony in our chapel,” Turner said.

Blair Eads, of Charleston, recently buried her grandfather and chose to use a full-service funeral home in Mint Hill, North Carolina.

“I was satisfied. She [the funeral director] explained everything. If we had any questions, she would go over it again,” Eads said Thursday. “They alleviated the stress of having to figure everything out. They helped us with everything.”

Funeral homes also offer an array of products that are used to preserve the grave, like vaults and sealable caskets made from materials that don’t disintegrate.

Conventional funeral homes also have a fleet of vehicles that can be used to transport loved ones, and the ability to set up a police escort for ceremonies.

“It just depends on your mentality. I don’t feel you get the full effect of ceremonial closure that you get with a traditional funeral and burial,” Turner said.

But Bishop believes his burial practices are more traditional than those of funeral homes like Thompson.

“The way we bury, that’s how people have been buried since the dawn of time. All those chemicals and unnatural materials, our ancestors never used those,” Bishop said.

Rose Gartman of Gaston, South Carolina, buried her aunt and uncle at Dust to Dust cemetery; the cemetery provided a graveside service. Her family has since bought three other plots for future use.

Gartman’s father, Bennie W. Wingard, passed away Feb. 6 after a battle with cancer and was buried at Dust to Dust last weekend with a graveside service.

“Why would you spend thousands of dollars for a funeral home and a gravesite when you can have a terrific service right there if you want it?” Gartman asked.

Gartman buried her grandmother with a local conventional funeral home.

“We did that with grandma. It was, like, $10,000+ we had to spend,” Gartman said. “They [Dust to Dust] make it so peaceful. They’re such caring people. It seems like that at a funeral home, every time you turn around it’s money, money, money. And why wouldn’t someone want to be at peace at that time?”

“I can go sit down there and a peace just comes over you. They really care about the families. No stress, everything is just peaceful.” 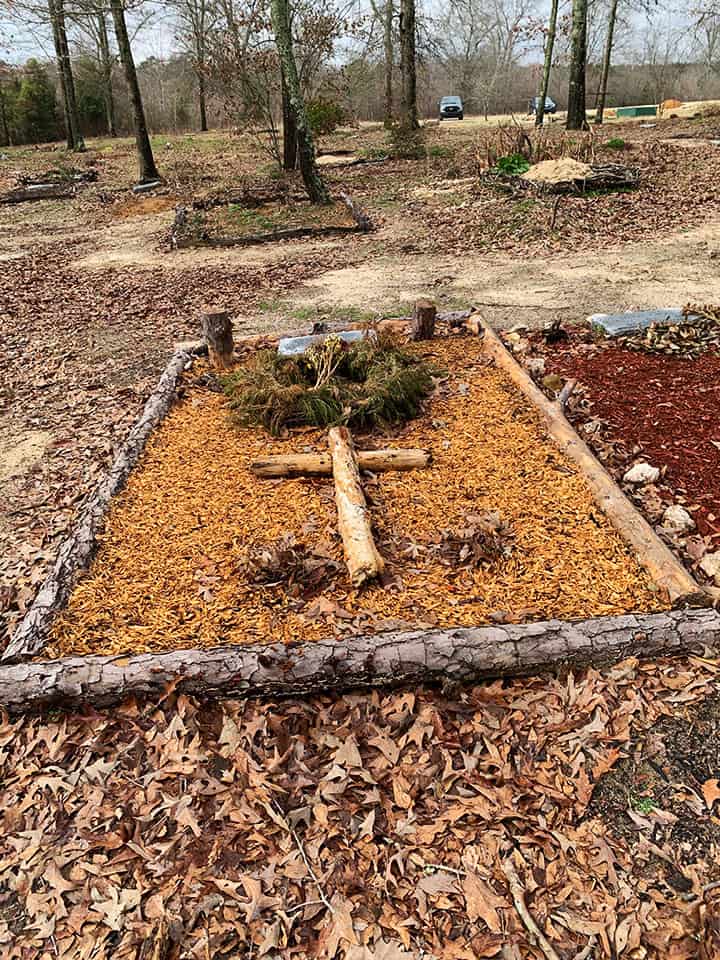 Some families opt for decorating their loved ones’ graves with natural materials. 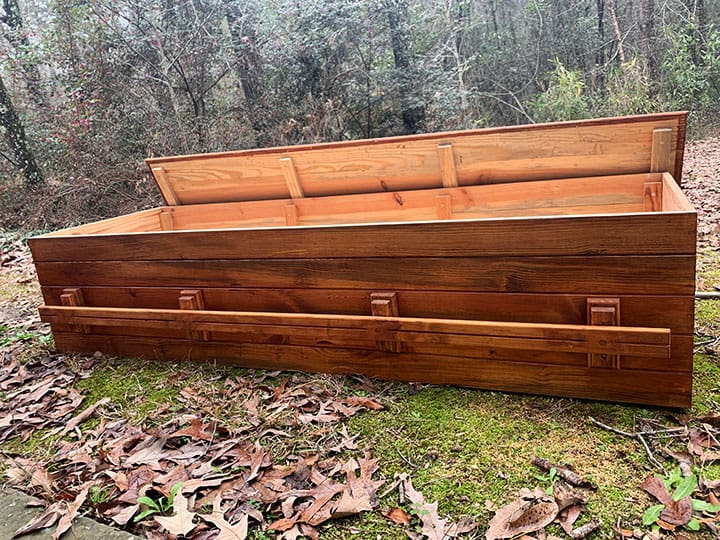 Caskets are not required at Dust to Dust, if families opt to use one it must be made of wood in its natural state.  Mike White, of Swansea, makes natural wood caskets which have been used at the cemetery. 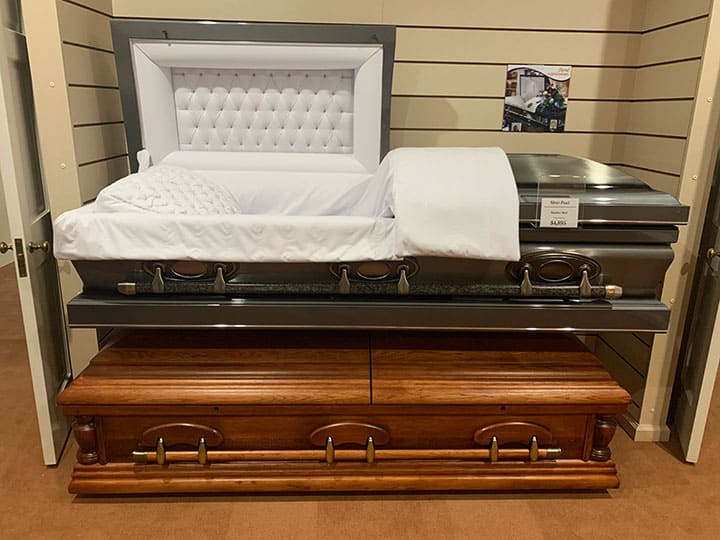 Many caskets used at conventional funeral homes are made of other materials and can cost up to $25,000. 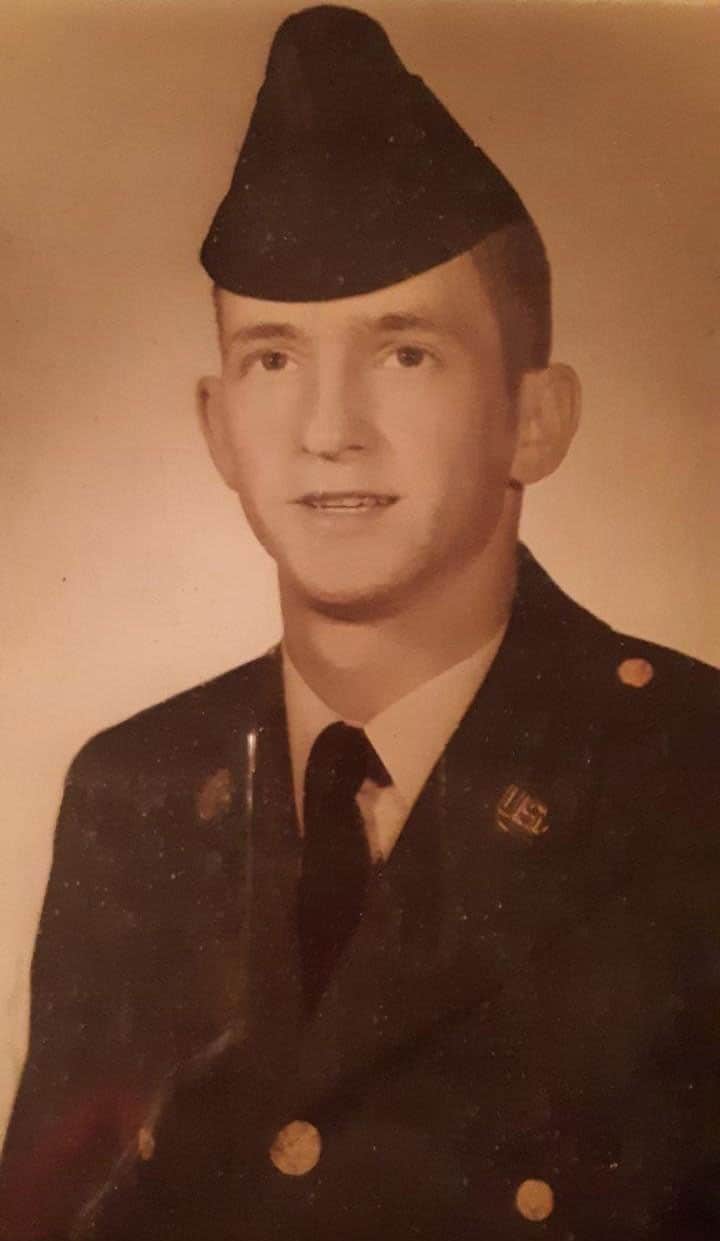 Vietnam War veteran Bennie W. Wingard, father to Rose Gartman, passed away Feb. 6. His family buried him at Dust to Dust next to other passed loved ones.