At this creepy house, it’s Halloween all year around 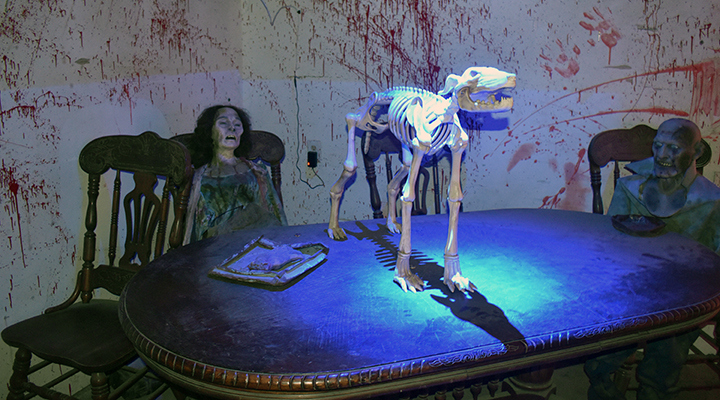 Kreepy Hollow haunted house, located in Bishopville, South Carolina, has been in operation for 13 years and every year the attraction offers something new! Photo credit: Hallie Hayes

BISHOPVILLE, S.C. – Ghosts, clowns, graveyards and gore – all words associated with Halloween and the month of October. For haunted house owner Benji Sims these words are on his mind year-round.

Even before he laid the first piece of lumber, Sims said he was generating  ideas for what would become Kreepy Hollow, his two-story haunted house in this small Lee County town.

“My wife wanted me to build our home up there in that parking lot and I said absolutely not … that’s taking up room in the parking lot,” Sims said. “At the time she said, ‘a parking lot for what?’ and I said ‘you’ll see.'”

Sims quit his job as a contractor to work full-time on his haunted attraction, which includes a spooky bus ride, tour through a graveyard, two-story haunted house and hayride that stops at eight different haunted scenes.

Many associate haunted houses with the month of October, believing they pop up for the month and then again a year later. Those working for the 17 haunted attractions in South Carolina know otherwise.

“It’s a year-round thing; this is all I do,” Sims said. “I just took the knowledge I had from building houses to build all of this.”

Benji’s son, Dustin Sims, works full-time at Duke Energy but spends nearly every Saturday at his father’s side preparing for the attraction all year.

“We are actually open in March now for our St. Patrick’s event,” Dustin Sims said.  “When this ends we will take a month or so to give out awards for those who did the best, and then probably early January we will get started on the March event for  St. Patrick’s Day. Usually about April we will start on all of this.”

They take advantage of the non-spooky months to prepare and develop new ideas for the haunted attraction.

“Most of the time we have little meetings … with the people who are out here when we’re not open getting everything ready,” Dustin Sims said. “We will come up with ideas and just pitch stuff until it works.”

Before developing Kreepy Hollow, Benji Sims worked for Scream Acres, a haunted attraction that is owned by his sister located a couple of miles away from his own.

Along with the year-long process it takes to prepare for a month-long haunted house, the money that goes into running a haunted attraction is a large sum.

“There’s tons of money that goes into it: tractor rent, lumber, diesel fuel. We spend a lot in diesel fuel,” Sims said.

While most haunted attractions have volunteer actors, Benji Sims pays his actors to ensure he gets the best quality. With Kreepy Hollow actor Nolan Keith, who has been there for six years, quality has not been spared.

“I usually do my makeup around my eyes first to make them appear sunken in,” Keith said. “Then I slip my contacts in, which are fairly hard to see out of, but that’s my choice, ‘more realistic, the better,’ as I say.

“Then I have prosthetic teeth that I normally do, but due to COVID-19, I don’t use them this year since we all wear a mask… Then I slip on my torn and tethered scrubs, coat, gloves and shoes which make me appear that I’ve been around for a while, of course covered in blood, and I wait for my next victim.”

The work that the actors and those operating the haunted attraction put in each year is much more than many expect. For them, it is an art.

Benji Sims puts an exceptional effort into assuring spectators experience a “jump scare” at every corner of his haunt.

“The air down there will be blowing, the caskets will be jerking back, you got more air there,” Benji Sims said. “That box there makes an ungodly amount of noise. They’re called spark boxes- sounds like fireworks.”

With every year passing he has new ideas he hopes to execute.

Despite the time, money and crowds of different people that he has to control every weekend in October,  Sims said his love for all things horror makes it worthwhile.

“I just love seeing the outcome.” 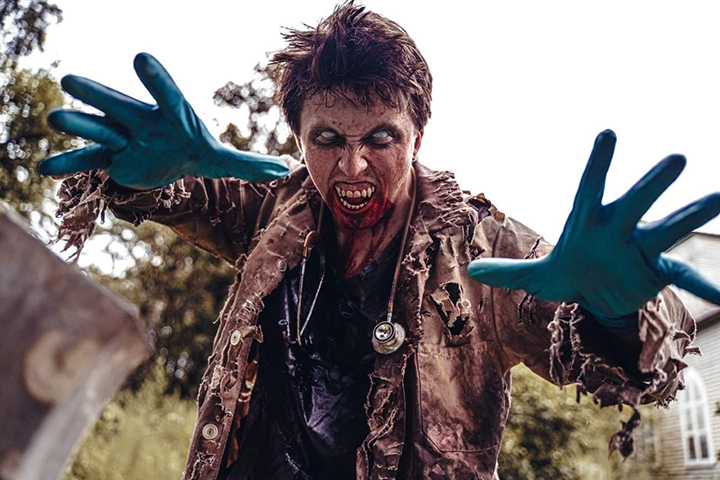 Nolan Keith has been an actor at Kreepy Hollow for six years. He plays a deranged doctor known has Dr. Giggles because of his high-pitched laugh! Photo credit: Nolan Keith 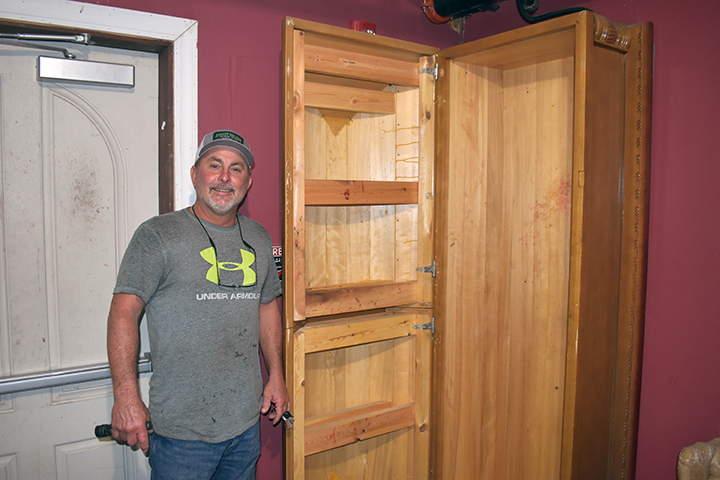 Owner of Kreepy Hollow, Benji Sims, shows off a casket that he built. The casket allows who ever is in it to operate some of the jump scares in the room. Photo credit: Hallie Hayes 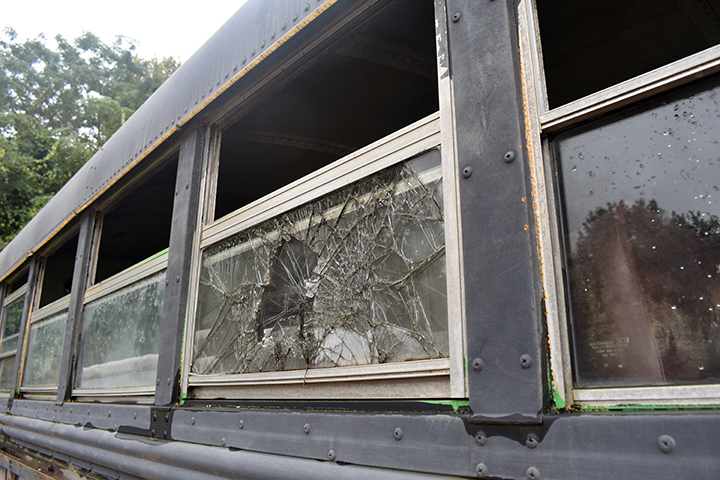 Before making it to the haunted house, visitors ride on an old, run-down bus where their haunted experience begins! Photo credit: Hallie Hayes 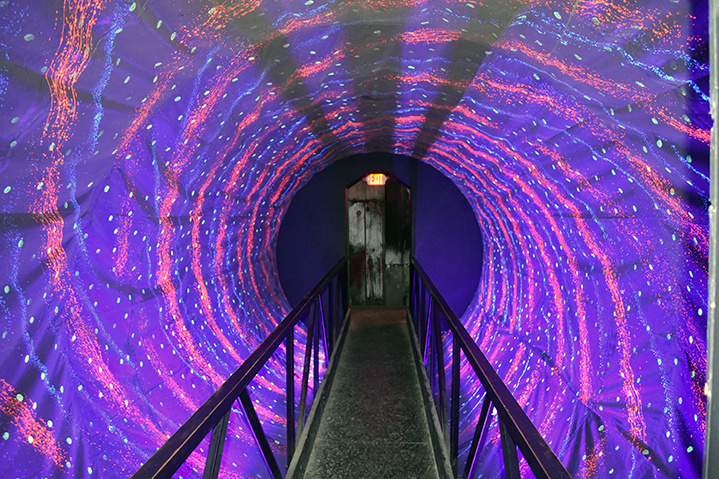 Visitors walk through a spinning tunnel while in the two-story haunted house. Photo credit: Hallie Hayes