At USC, a “bet on Beto” as the presidential candidate draws a crowd 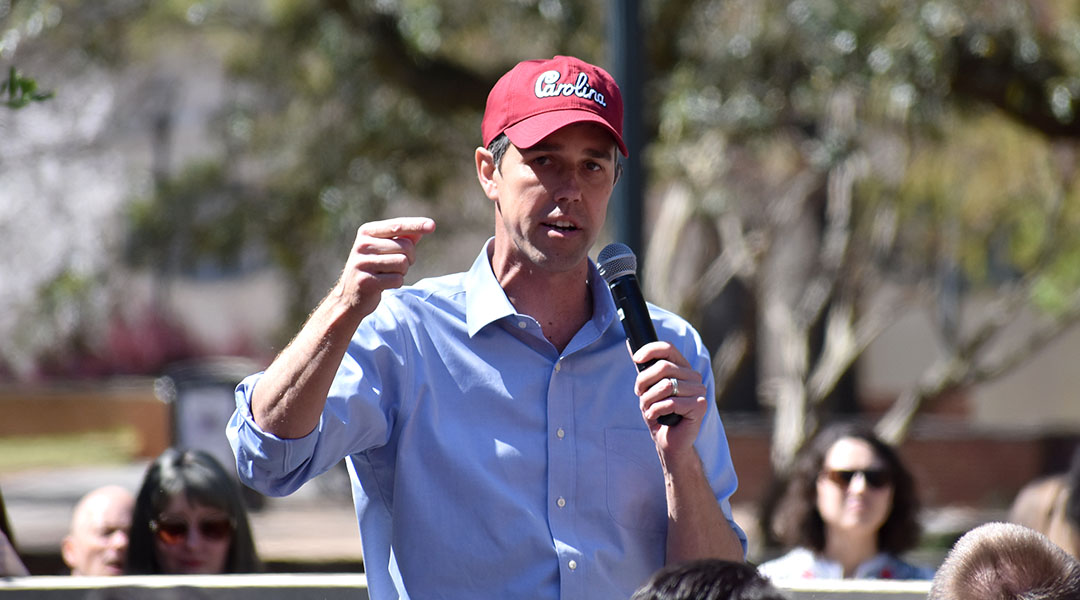 Several hundred students came to see Democratic presidential candidate Beto O’Rourke at the University of South Carolina Friday, sending a “Beto buzz” across the campus as he spoke on issues from global warming to immigration and health care.

O’Rourke, a former congressman who lost a U.S. Senate race to Ted Cruz in November, sported a garnet Carolina hat and opened his outdoor rally with a Gamecock cheer after he was introduced by Columbia mayor Steve Benjamin.

A native Texan from El Paso, O’Rourke spoke Spanish at the start of his speech: “As we say in Texas, y’all means all of us, y no me importa who you pray to, who you love, what part affiliation you are, the color of your skin, how many generations you can count yourself an American, or if you just got here yesterday.”

Savannah Rose, a sophomore French and foreign language education major, held a sign reading “BET ON BETO” during the rally. She said he is at the top of her list of candidates in the 2020 presidential election, saying she was seeking “a candidate who recognizes the current issues facing today’s public education.”

Rose also hopes O’Rourke would be willing to surrender his personal social media after seeing how President Trump has handled his Twitter account.

O’Rourke lamented the Trump administration’s continuing separation of families at the border close to his home.

“Though we would like to lay this at the feet of one man, one administration, one political party, in a democracy where the people are the government and the government is the people.. .it’s on every single one of us,” O’Rourke said.

He emphasized that no matter what affiliations or opinions you might have, his campaign is about Americans joining together.

Ashley Dale Henslee, a senior in journalism, was excited to see that O’Rourke came to speak on a college campus and talked about big issues that matter, including immigration.

“There’s a lot of conflict and conflicting views, but in my mind you have to advocate and you have to be on the right side of history,” said Henslee.

O’Rourke said that his campaign is meant to bring people together, no matter what their various affiliations might be.

O’Rourke is among a number of Democratic presidential nominees touring the Palmetto State in advance of the presidential primaries next year. 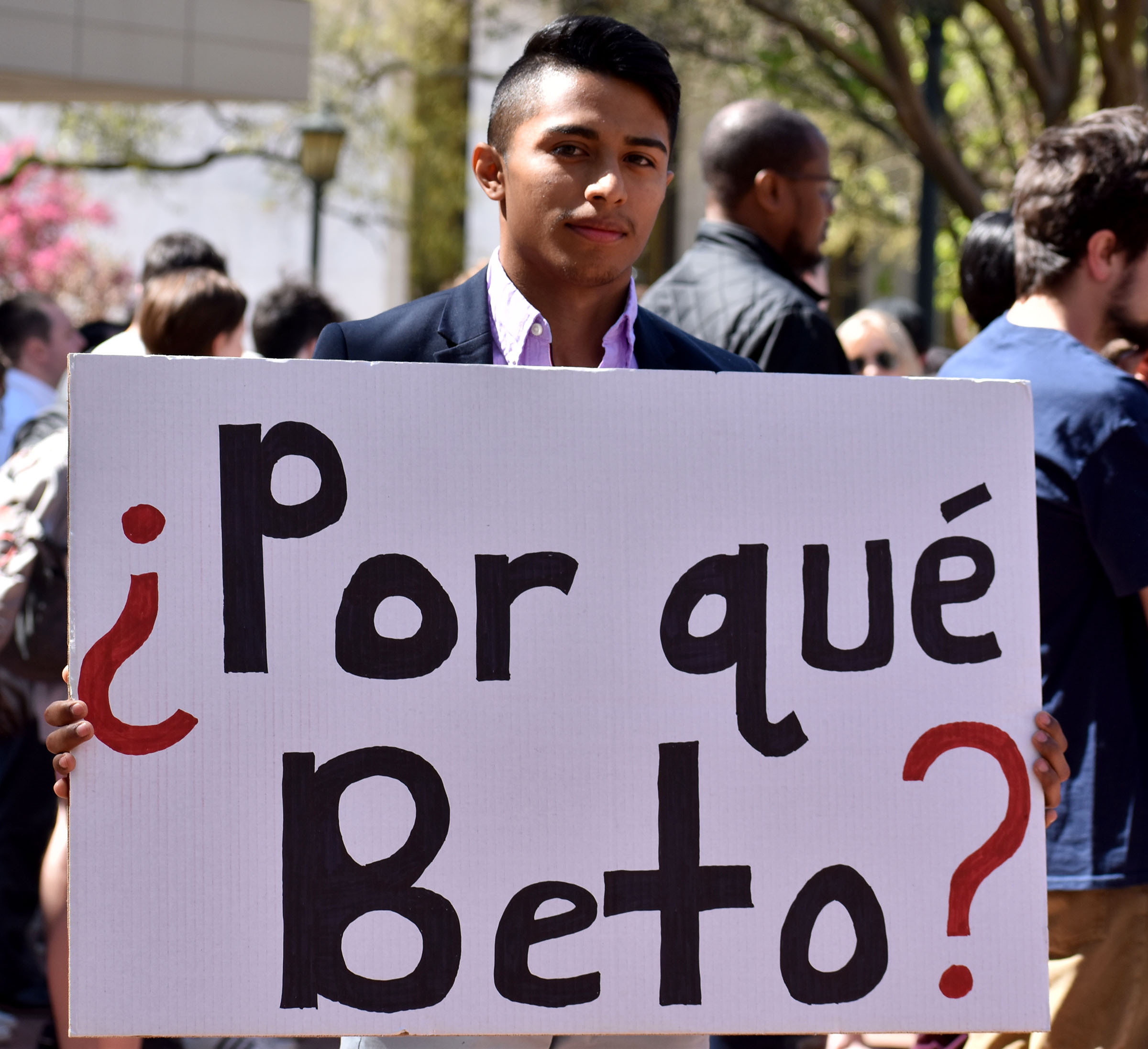 A student holds a sign up during the rally that reads “Why Beto?” in Spanish. 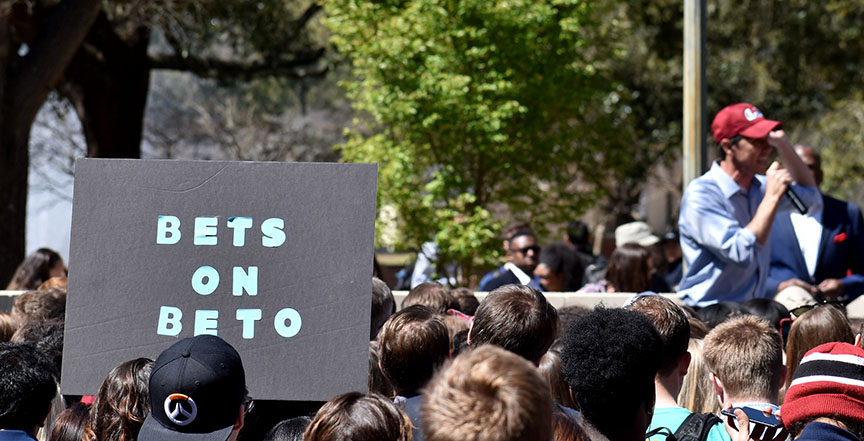 Savannah Rose, a sophomore at the University of South Carolina, holds up a sign while the Texas Democrat Beto O’Rourke talked to students. 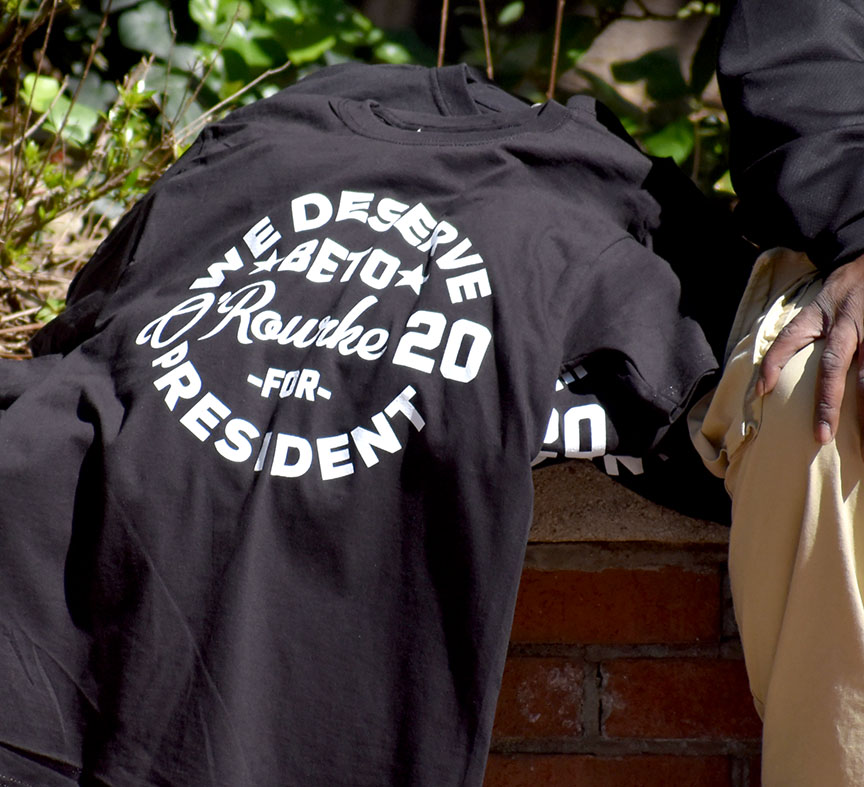 “We deserve Beto O’Rourke for president” T-shirts were sold during the rally at USC Friday.