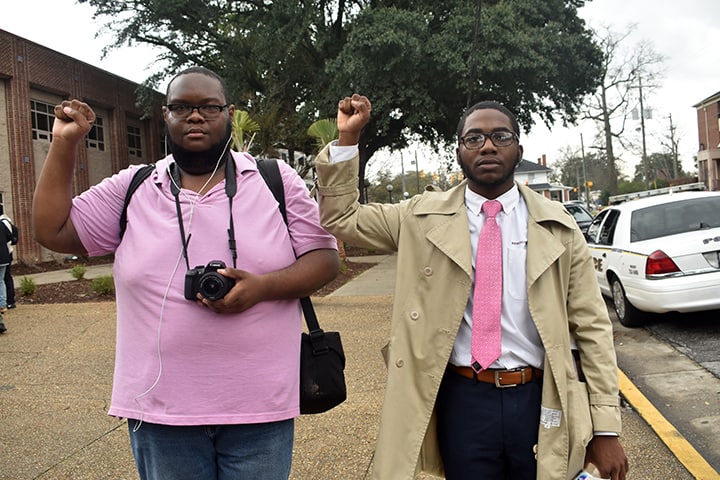 Benedict Sudent Body President Jordan Rice-Woodruff, right, and senior Dextin Montgomery stand together with their fists raised after the march to end gun violence on Feb. 6.

Police blocked off two lanes of traffic while the students loudly marched with posters and balloons down Taylor, Harden and Laurel Streets. Passengers looked at the marchers through their car windows and could hear, “No more silence, end the violence!”

Residential Life Coordinator Debra Stuckey began the march with a solemn speech honoring those who’ve died due to gun violence and she urged the community to “wake up!” and put an end to it. Stuckey and students remembered the life of Donovan Jabari Smalls.

Smalls was a Benedict college junior killed by a gunshot to the head at a party in Orangeburg last April.  Police arrested two suspects in connection to the murder who are still in custody pending trial.

“We’re asking that the whole community will wake up and help us all so that we can come back from this tragedy,” said Stuckey. “We’re hoping that the younger generation will realize that life is too precious.” 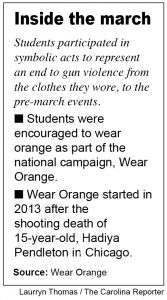 The march is the second one Stuckey has led at Benedict College.

Richland County Sheriff Leon Lott spoke before the march about the importance of working together to end gun violence. Deputies in police vehicles followed the march and kept streets clear during the event.

Benedict College student body president Jordan Rice-Woodruff hopes to grow this march next year and make it all the way to the State House.

Benedict College senior Teyshauna Goodman described Smalls as “like a brother” to her. She wants people to remember the effects that gun violence has on those left behind.

“I feel empty. I still feel like he should be here,” said Goodman.

“I feel like a lot of men they turn to violence and gun violence because they don’t have men in their lives to mentor them and teach them how to handle stuff like a regular man should,” said Keitt.

Keitt also wishes to see a better environment than the one he came from in Macon, GA. Macon has four times the national median number of crimes per square mile.

“It’s not too good of a city,” said Keitt. “The bottom side of my neighborhood is called the bucket of blood.”

Throughout the march, one voice was heard above the rest. Stuckey led the charge from start to end, with students rallying around.

“She’s the best of the best. She’s the top of the top, and she’s always here impacting our students and making sure that we’re good and we’re safe,” said Rice-Woodruff. 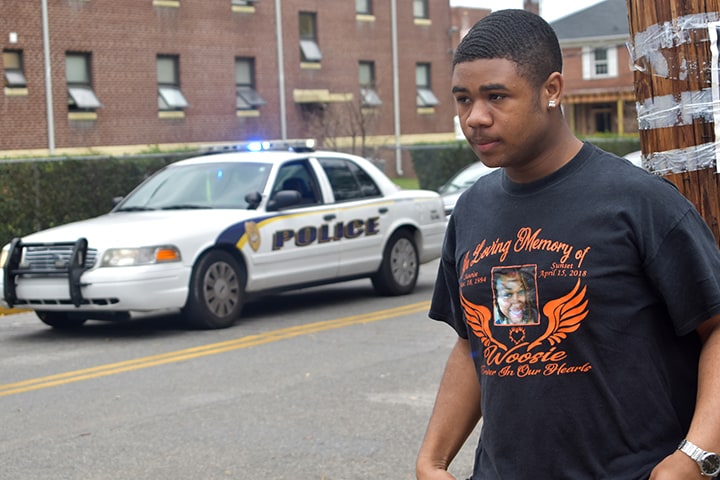 Benedict College student Kenyatta McLaughlin wears a shirt in honor of someone lost to gun violence on Oak Street in Columbia. 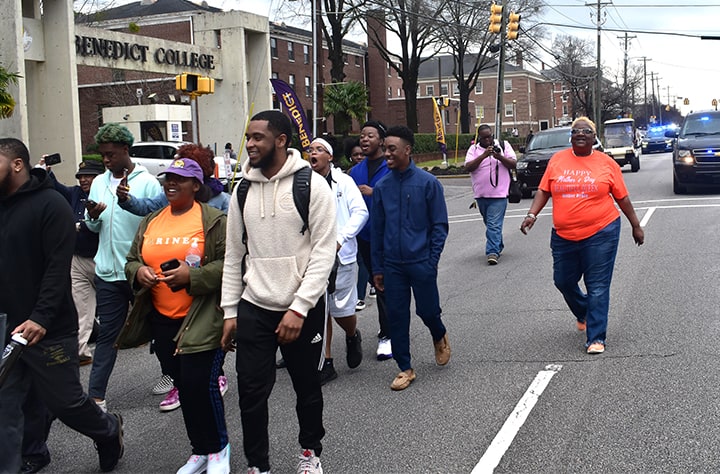 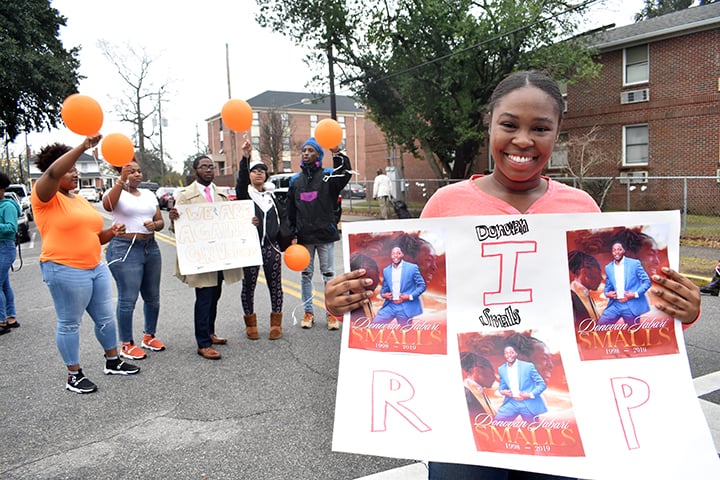 Teyshauna Goodman shows a poster she made in honor of her late friend Donovan Smalls at the march against gun violence. 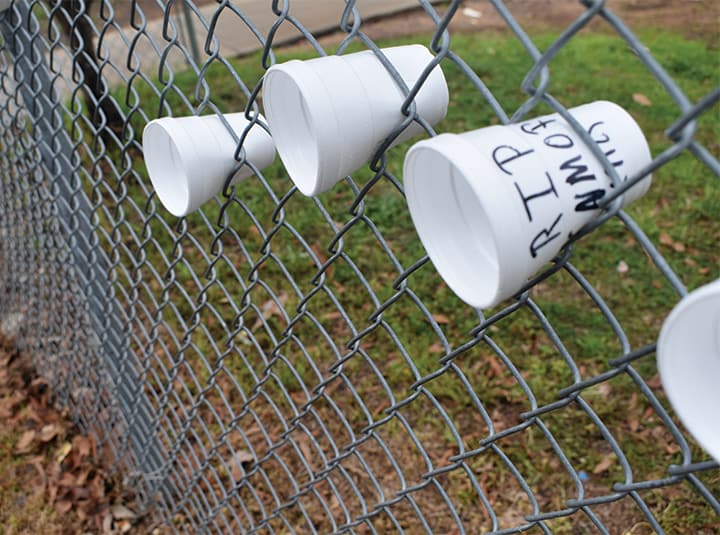