At halftime of every football game at Benedict College, a hush falls over the crowd as a voice comes over the loudspeaker to break the stillness, proclaiming the start of the “ultimate half-time experience!”

Four short chirps from a whistle ring out. The sound of drumsticks rap-tap-tapping on a snare signal the start of the march. The ground then rumbles as the Benedict College Marching Tiger Band of Distinction takes the field.

And now the band is preparing for perhaps their biggest performance yet. On November 24th, they’ll be making their way down the streets of New York City in the Macy’s Thanksgiving Day Parade.

“What we do is leave nothing to be desired after all of our performances,” said Band Director H. Wade Johnson.

It’s quite the accomplishment, especially for a band that only started in 1998. Since then, the group has been invited to the “Battle of the Bands” competition twice, dubbed the “Superbowl of band competitions”. They were also voted first place in their division of HBCU marching bands by ESPN Undefeated.

And now, the band beat out hundreds of applicants for a spot in the 12 bands selected to perform in Macy’s Thanksgiving Day Parade. Benedict will become only the 7th HBCU marching band to attend the parade and the first band from South Carolina in almost 50 years.

The band will march past an estimated 3.5 million people on the New York City parade route, and their performance will be broadcast to more than 50 million viewers worldwide. 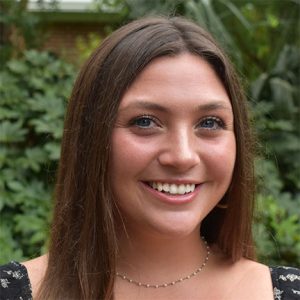 Barlow is a journalist who aims to go beyond telling stories about people. Her mission is to honor the differences between cultures, while highlighting the humanity that underscores us all. She has written numerous long-form articles for several publications, in addition to producing news broadcasts for Carolina Insider. She currently hosts a podcast with Garnet Media Group called "Adventures Beyond the Coop", where she interviews Gamecocks embarking on unique journeys across the world.