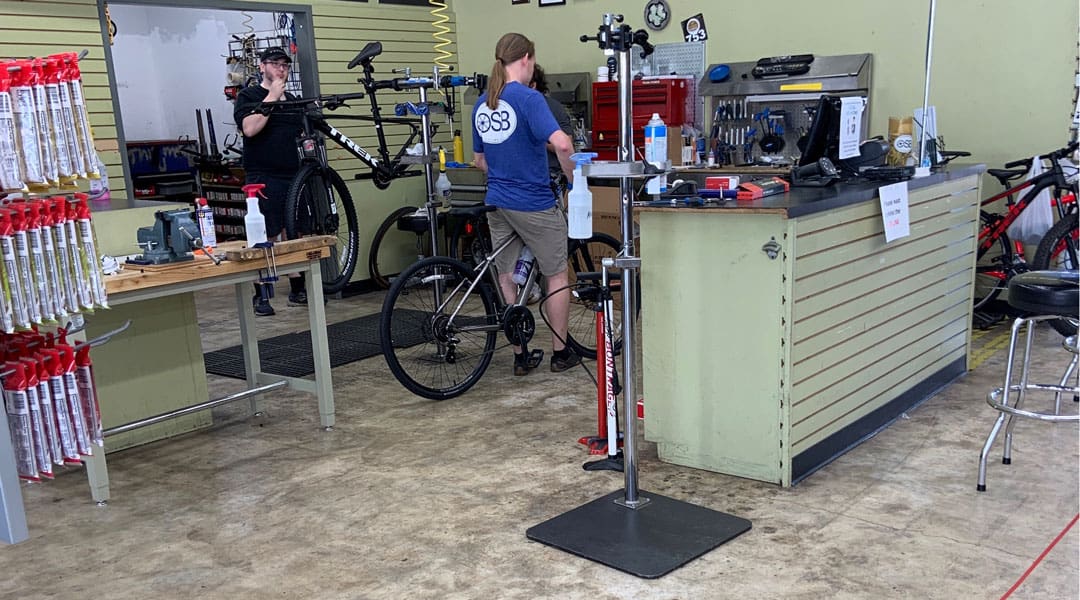 Employees disinfect a bike at Outspokin’ Bicycle shop in Columbia, before they begin a repair as bike sales and repair shops have become more popular during the global pandemic. Credit: Clay Coombs

While some businesses and industries are struggling to survive, bike sales and repair shops are being flooded with repair requests and selling most of the bikes they have in stock.

“We have a ton of money rolling in,” Clay Coombs, a Columbia bike shop employee, said. “We aren’t worried about finances because we’ve honestly never done this well before.”

Coombs works at Outspokin’ Bicycles a bike sales and repair shop with locations in Columbia and Irmo and has seen a huge uptick in business.

“We’ve never done this much business in the history of the shop, which opened back in the 70’s,” Coombs said.

To keep up with this demand, Coombs said the shop has been calling in employees on their off days to deal with an influx of customers who want to buy new bikes or repair old ones. Coombs’ said his boss, John Greene has also been rewarding employees with bonuses and buying food for his employees.

With the high demand comes a financial relief that many other businesses and industries could use right now. Struggling businesses are hoping they get a piece of the $376 billion in small business loans approved by President Trump weeks ago, but bike shops aren’t facing that problem.

The COVID-19 pandemic has changed the outlook for a lot of industries. Cleaning services are at a premium, delivery services are delivering thousands of items and food products to homes and grocery stores can’t keep items on the shelves.

With gyms closed and with extra time on people’s hands they’ve been itching to get out of the house and do some physical activity. For some, it’s been biking.

Coombs said the shop has altered it’s safety precautions in response to the COVID-19 global pandemic such as requiring employees to wear gloves and spray bikes and even used gloves with alcohol. Coombs’ family isn’t fully comfortable with him interacting with customers daily, but said it’s something he told them he has to do.

Scott Nueklen, founder of Cola Town Bike Collective, is also being overwhelmed with repair requests and bike sales. His organization mostly offers free repairs or free bikes to low-income individuals or homeless people. However, they also operate a bike sales and repair shop on Elmwood Avenue.

In response to COVID-19, the shop has changed store hours to only Wednesday and Sunday, limiting capacity inside the shop to only one customer at a time and via appointment only. Additionally, the shop is adopting other safety measures to help reduce the likelihood of spreading COVID-19 like cleaning the shop with alcohol, having employees wear gloves and having employees wash their hands frequently with soap or hand sanitizer.

Nuelken also moved his repair office to his home and asked customers to drop their bikes off in front of his house if they need repairs and can’t make an appointment at the shop.

“I’ve been working nonstop for the last five days, just trying to keep up with the bikes that are being dropped off,” Nuelken said.
Even at home, Nuelken has adopted some contact-less safety precautions.

“I just let people drop their bikes off and I won’t even touch the bike for a full day after it’s been dropped off,” Nuelken said.

Nuelken said he believes bikes have become a hot commodity because people are simply tired of being cooped up in their homes while quarantined. He and his shop, however, is discouraging people from biking with others and suggests avoiding areas such as the Columbia Riverwalk and Canal Walk because of the proximity to other bikers.

“People have brought in bikes that they haven’t ridden in 10 to 20 years,” Coombs said. “They’re like, ‘Hey, can y’all get this thing running again.'”

Chloe Rafferty contributed to the reporting of this article. 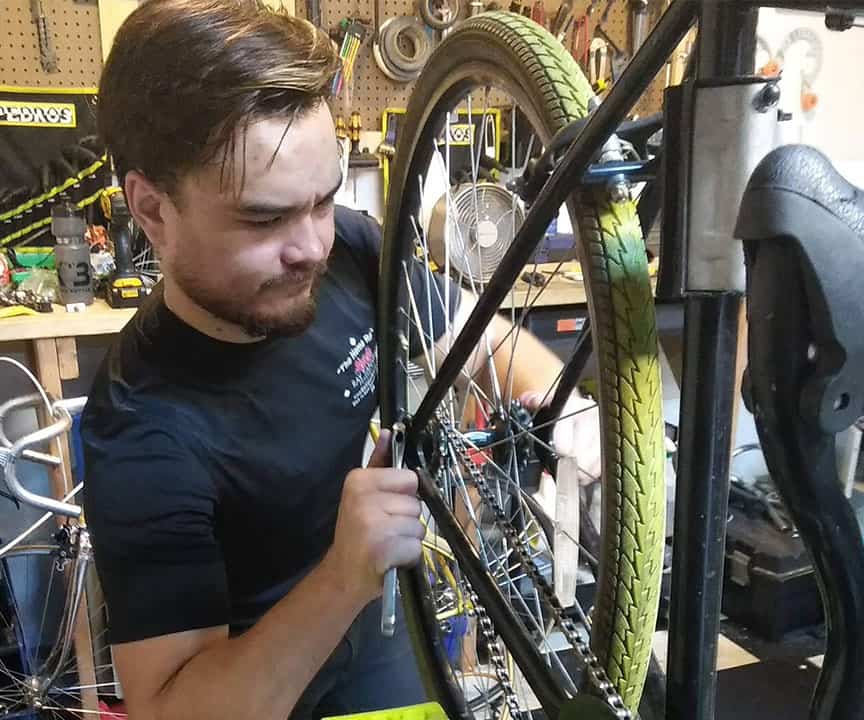 Jonathan Davis, a Cola Town Bike Collective employee, tightens the front wheel of a bicycle while they’re only twice a week and open to one customer at a time. Credit: Scott Nuelken 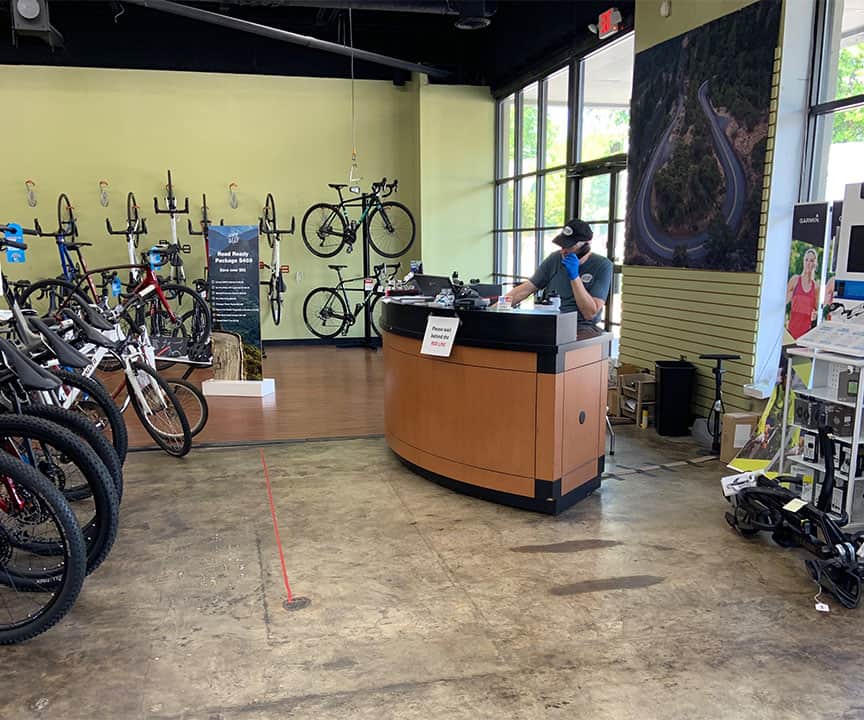 An employee at Outspokin’ Bicycle’s answers a phone call while wearing gloves, a safety precaution taken during the COVID-19 pandemic. Credit: Clay Coombs. 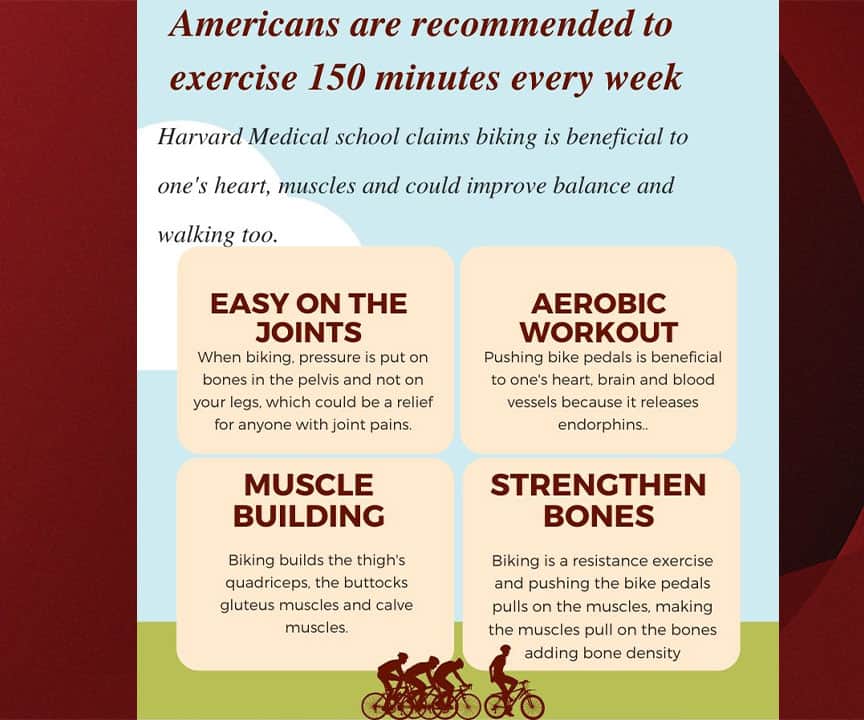