From salty to sweet, social distancing snacks hit the spot 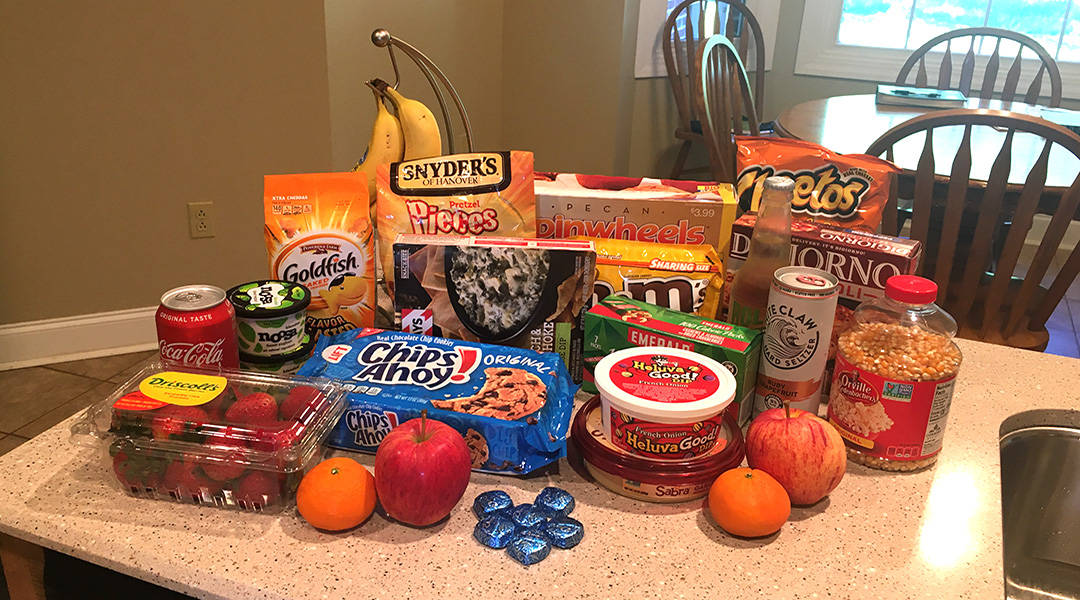 Coronavirus is sweeping through the United States, with stay-at-home orders and social distancing guidelines forcing many people into working and learning in new ways.  They’re homebound — and they’re hungry.

Some college students stuck working from home have to fight the temptation to snack more often now because the monotony of social isolation leaves little else to do.

Rachael McIntosh, a sophomore visual communications student at the University of South Carolina, said she fell into some unhealthy eating habits when she moved back home to Hartsville due to the coronavirus.

Because of the coronavirus, many snack brands like Tyson Foods, Kraft Heinz and General Mills reported sales increases between 10% and 20% in early March, according to Bloomberg Intelligence.

McIntosh said her go-to snacks include Goldfish crackers, pretzels and cookies. However, after the first few weeks of taking online classes from home, she started trying to incorporate healthier snack choices into her daily routine.

“I try to drink a lot of water and stay hydrated, because not only is that good for me, but it keeps me full as well,” McIntosh said. “I don’t let myself get snacks out of the pantry, because that’s where all the bad snacks are. So I only let myself look in the fridge, where the fruits and veggies are.”

Carly Seitz, a recent UofSC graduate and event planner in Sarasota, Florida, said she’s started snacking more as well. Before shifting to working from home, she worked from 8:30 a.m. to 4:30 p.m. in her office with limited snack options.

“When I got home, I would have a snack, then dinner later, and that was it,” Seitz said. “Now it’s like I snack all day long.”

Seitz, who has been vegan for about one year, said she still tries to keep her snacks healthy, although they have “increased ridiculously.” Her favorite snacks are dried mangos, avocado toast, bananas and clementines.

Some students feel that the new social distancing rules have given them more time to cook homemade meals and snacks. John Mark Porter, a senior accounting student at UofSC who has stayed at his college apartment, said he baked three cheesecakes in the span of 10 days for himself and his roommate.

“I had three of those ready-made pie crusts, and I kind of wanted to get rid of them, so the easiest solution seemed to be to make cheesecake,” Porter said. “There’s more flexibility in my schedule to put some time into cooking.”

UofSC senior nursing student Lauren Fryer has a different perspective. She said she’s been snacking less while quarantined at her home in Columbia.

“At home, I work at a desk pretty far away from the kitchen,” Fryer said. “At school, I usually work at our kitchen table. I also think about it way less because I’m not cooking for myself anymore, so food doesn’t really cross my mind that much during the day, especially when I’m busy.”

McIntosh has a few guidelines she follows to promote healthy eating habits at home, quarantined or otherwise.

“I try to drink a cup of water before I eat a snack so that I can make sure I’m not just thirsty, and fill myself up a little more before I eat so I don’t eat so much,” McIntosh said. “I’m trying to get back to eating healthier because it’s better for both my physical and mental health.”

Maddox McKibben-Greene, Lexi Torrence, Denali Culver and Landon Stamper contributed to the reporting of this article.