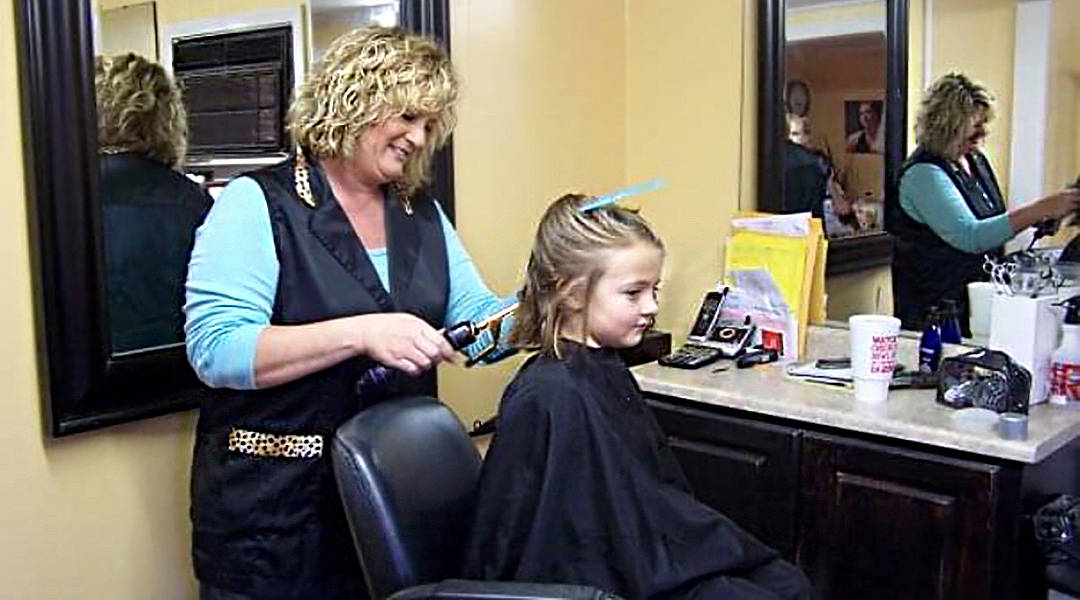 Beth Walker, who has worked as a stylist for 35 years, trims a child’s hair in the salon she owns in Simpsonville, South Carolina. Credit: Beth Walker.

It’s been almost a month since veteran stylist and salon owner Beth Walker has trimmed a client’s hair at Not Just Hair in Simpsonville.

Her profession requires her to work inches from her customers’ faces, which is likely why Gov. Henry McMaster closed salons and other personal care businesses on March 31 in the wake of the coronavirus pandemic.

But after three weeks of unemployment, Walker is itching to get back to her job at the salon she’s owned for 27 years — and her customers are anxious, too.

“They’re begging me to do it while we’re closed, and I would do that if I wasn’t in fear of losing my salon license,” Walker said. “That feeling makes you mad, it’s like, ‘This isn’t right.’ I have a way to go and make money, and I’m having to file unemployment.”

McMaster shut down close contact services like hair salons and barber shops for 15 days, then extended the order for another 15 days. That extension is scheduled to expire on Monday, April 27.

Georgia Gov. Brian Kemp announced Monday that he would reopen some businesses on April 24, including hair salons. North Carolina Gov. Roy Cooper is facing some pressure to do the same, as a current online petition in that state to reopen hair salons has gathered more than 300,000 signatures.

Walker believes McMaster will follow the example of neighboring states and reopen close contact service providers on April 27 as scheduled.

“I would love to go back Monday,” Walker said. “Unless he just says ‘hair salons and barbershops are to remain closed,’ I’m going back, because our order says that we’re to be closed through the 27th. I’m starting back on the 27th.”

Before March 31, Walker and her three fellow stylists at Not Just Hair were following strict social distancing guidelines. The salon allowed one customer inside at a time, while others waited for their appointments outside in their cars. Before the next customer entered, the stylists sanitized their working areas.

“With it being a small salon, we can keep the amount of customers down to there only being four people in there at a time,” Walker said.

In Columbia, hairstylist Gary Stanley at Hair Professionals said neither he nor his customers were surprised at the closure.

“I thought it would happen; it was on my mind a lot,” Stanley said. “I understood I had to close for the safety of myself and my customers’ health. I know it is risky.”

Some of Stanley’s customers have also asked if they could still come in for appointments, promising to wear a mask to follow current guidelines.

“I told them it was up in the air,” Stanley said. “Some are ready to come, and some are not. They are being careful.”

Although many people are choosing to forgo their regular haircuts and styling appointments, some are finding ways to continue that part of their normal routine despite the coronavirus pandemic.

Lexington resident Robby Leonard recently visited a licensed stylist’s house for a haircut. He had tried to schedule an appointment earlier, but was refused. One week later, the stylist called him back and agreed to schedule the appointment.

“They said a lot of people were calling them about getting their hair cut, and that’s the only reason they went ahead and started cutting hair,” Leonard said. “I went ahead and made an appointment, but then I thought about backing out because I got a little scared.”

Leonard said the stylist followed proper hygiene procedures and wore personal protective equipment as recommended by the Centers for Disease Control and Prevention.

“When I got there they were wiping down the chair and cleaned it very well,” Leonard said. “She had a mask on so I couldn’t see her face.”

Walker has had customers ask her to pay visits to their houses to perform haircuts while her salon is closed. She has refused, and has instead been spending her time away from work by taking on home improvement tasks while waiting to reopen her salon.

“I haven’t liked it,” Walker said. “That first week, I was kind of excited because I was like, ‘Oh yeah, I’m going to get all kinds of stuff done.’ Now it’s kind of like, ‘I want to go back to work.’”

When she is able to take up her scissors and schedule appointments once again, Walker plans to extend her work week to six days, Monday through Saturday, in order to catch up with appointments, while still spacing customers out to comply with social distancing guidelines still in place. She usually only works from Monday through Thursday.

“The only problem I’m going to have is all the people that are biting at the bit and the backed-up people, trying to get it spread out again,” Walker said. “It’s doable, especially in our salon.” 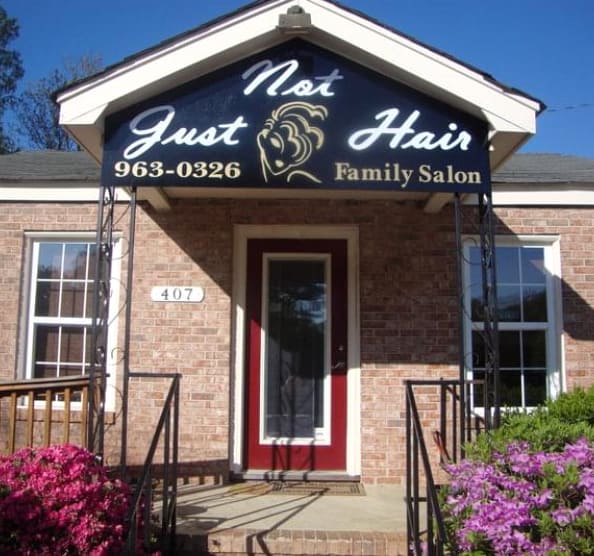 The storefront of Not Just Hair, the salon Beth Walker has owned for 27 years. The salon is currently closed until April 27 due to coronavirus. Credit: Beth Walker. 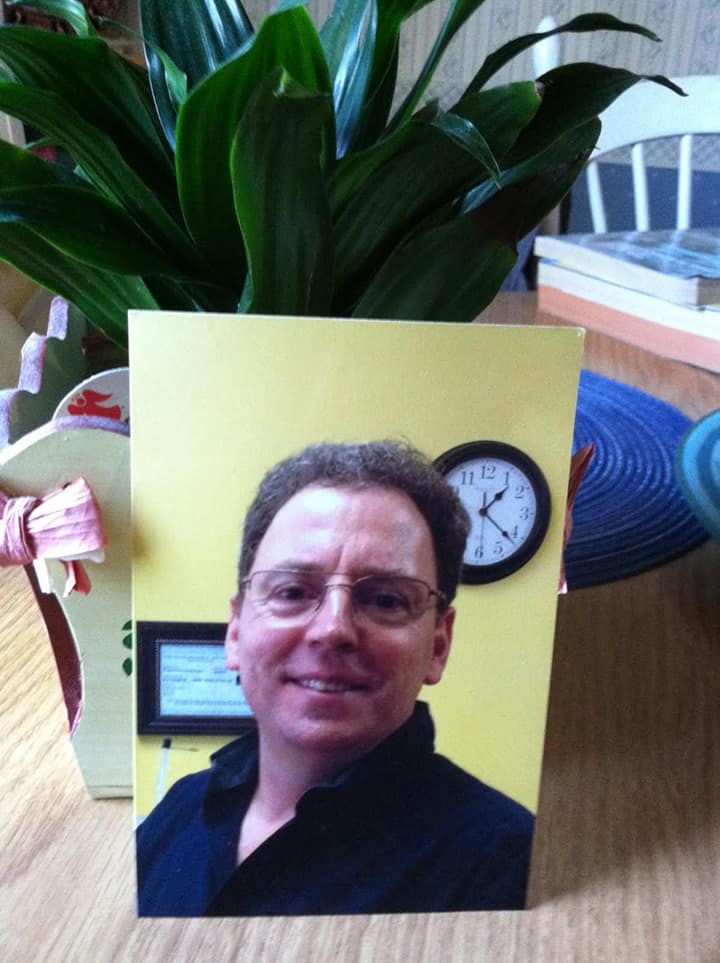 Gary Stanley, a stylist at Hair Professionals in Columbia, said he thinks his salon will be allowed to open as scheduled on April 27. Credit: Gary Stanley. 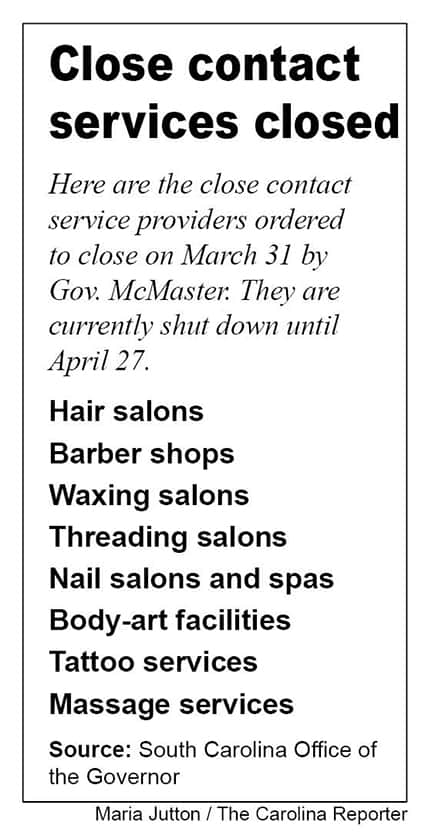