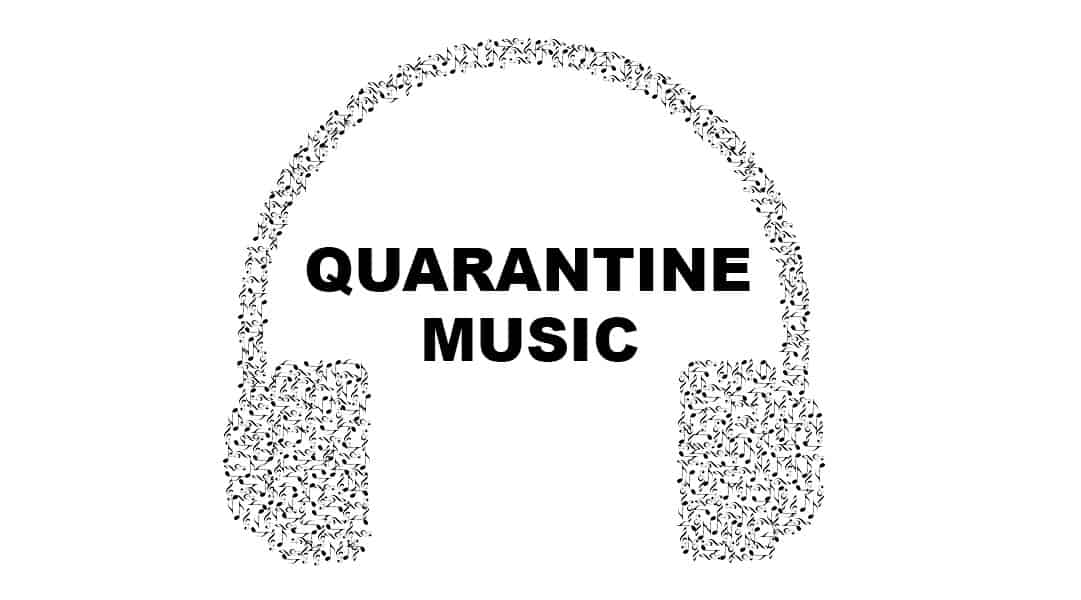 While the coronavirus pandemic is causing shutdowns, cancellations and postponements in the music industry, it’s also causing people to rediscover their love of music.

Concert venues are quiet, but melodies are still drifting through headphones as the country practices social distancing. Avid music lover Tara Souders listens to her favorite songs nearly all day – a change from before the pandemic when she only listened to music while driving.

“Music is making this hard time a little easier,” Souders, an Elizabethtown, Pennsylvania, resident, said. “As I’m listening to songs, I relate lyrics to what I’m personally going through and what I’m feeling while in isolation.”

The 21-year-old is one of many people heading online for entertainment during the quarantine. Although music venues and festivals are facing possible shutdowns, postponements and cancellations, musicians are finding new ways to virtually connect with fans on social media.

“What we’ve been able to do is share music,” said 70-year-old Jonathan McClellan, bassist and music director of local band Miko’s Promise. “We’ve been sending videos to each other; a lot of folks are doing livestreaming.”

McClellan, who lives in Eastover, said music is his “lifeline,” and he’s impressed with how musicians have embraced the changes brought on by the stay-at-home order.

Along with social media, streaming apps like Spotify and Apple Music are a popular tool for people who want to keep up with recent releases and expand their music taste. 21-year-old Columbia resident Ever Collette said Spotify’s Discover Weekly playlist and “Fans Also Like” feature have helped her find different sounds than the “upbeat, exciting dance music” she typically listens to.

“I’m getting tired of listening to the same stuff,” Collette said.

In an effort to diversify her music library, she’s been testing the waters in new genres and listening to artists’ full discographies. Bands like Blind Melon, No Doubt and Nirvana are now in her heavy rotation.

“I’ve always liked rock music, and I grew up listening to it with my parents, but I’ve been diving deeper into it recently,” Collette said.

People are not only listening to different music, but they are using music in different ways. Christina Cronin of Worcester, Massachusetts, used to only listen to music in her car, but now the 21-year-old college student listens to music throughout her day since she has nowhere to go. She spends hours at home exploring artists like the Beatles and All Time Low.

“I’m trying to listen to music that I otherwise wouldn’t listen to, or people that I’ve wanted to listen to but haven’t really had the time,” Cronin said.

University of South Carolina student Megan Lieb said music used to distract her while studying, but it now helps her stay focused on assignments at home.

“Surprisingly, I’ve been listening to a lot of EDM and musical soundtracks,” Lieb, 21, said. “‘Hairspray’ and ‘Mamma Mia’ are great.”

While some people are deliberately seeking taste-breaking genres, others are stumbling upon new music that compliments what they already enjoy.

“I still listen to the same genres, but there are a few new artists I’ve been listening to nonstop recently,” Adrianna Hadloc, a 22-year-old University of South Carolina student, said. “Doja Cat is one of my new favorites.”

Musicians are using their free time to share music and create songs in ways they normally wouldn’t have before. Instead of preparing for weekly rehearsals and shows, McClellan said he’s “sponging up new ideas.”

“It’s kind of a germination period, or incubator period,” McClellan said. “I think that my feeling is that when we’re finally able to bust out again, there will just be all of this pent-up creative energy.”

As the country begins to reopen, it’s difficult to determine how music venues will financially recover from the quarantine.

“There are still going to be the same number of musicians that want places to play, so it’s going to be interesting,” McClellan said.

McClellan said “stronger, wealthier organizations” will be in better shape than smaller local venues. But events with smaller crowds may be the safer option in the initial stages of reopening nonessential businesses.

“I think smaller venues will do okay if they can financially survive the next few months,” Hadloc said. “People will probably be scared to go to bigger venues with more people in the crowds.”

Smaller venues could be a good fit for emerging artists trying to begin their touring careers.

“Quarantine is making people branch out and find new music, which might lead to artists becoming more popular,” Collette said. “Maybe there will be a bigger demand for them to do live shows after this is over.”

Karen Cheatham, a 61-year-old Columbia interior designer, grew up in a family of booking agents and music promoters. One of her favorite ways to enjoy music is going to beach clubs for live shows.

Although artists are doing their best to connect with fans online, Cheatham said nothing can beat the experience of seeing them in person.

“It’s the whole experience of a concert that makes people want to go,” Cheatham said. “The music itself and hanging out with friends before, during and after makes it really special.”

Festivals like Coachella and Bonnaroo are some of the most popular live music events in the country, with nearly 100,000 people attending each year. Many music festivals are postponed until fall, but according to Lieb, who has been to several herself, it will be hard to safely have those big crowds until 2021 at the earliest.

“There’s no way to have any form of social distancing at those things,” Lieb said.

Most music festivals take place over the summer, and regular attendees are more stir-crazy than ever now that warm weather is approaching.

“Since people can’t do anything now, they’ll be dying for the chance to go to a music festival and let loose,” Collette said. “It’s going to be crazy whenever they do happen.”

People who look forward to these annual events may not have the ability to attend ones in the near future due to the devastating economic effects of the coronavirus pandemic.

“How do you start advertising concerts when there are some people without jobs who are struggling to feed their family?” Cheatham said.

I have spent a lot of time in isolation thinking in circles trying to figure out why pop and indie pop music seems to pulse through my veins. Maybe it’s the often dreamy synth layers of indie pop that intrigue me. Maybe the tones of pop voices draw me in. Regardless, the real answer is simple: music is visceral.

Take time in isolation to discover the music that makes you feel the most like yourself. Here are my favorite pop and indie pop songs to get you started:

Working from home every day can be stressful, and social-distancing can be lonely. For me, the delicate tones and guitar plucking in contemporary folk music can ease the weight of these emotions. Here are some songs that have helped me process stress and loneliness in quarantine:

Between growing up in Charlottesville, Virginia, and attending the University of South Carolina, I’ve always been an avid listener of country music. Before quarantine, one of my favorite ways to relieve stress was to take a long drive, roll down the windows and blast some Tim McGraw. Now, it’s a safe way to hit pause on the coronavirus pandemic and get out of my apartment. Here are some of my go-to country songs:

Rap is my favorite genre, and it’s always served as my perfect soundtrack for studying, working out or having fun with friends. Although I love discovering new artists and sounds, there are a few songs I always keep in my rotation. Here’s what I’ve been listening to lately: 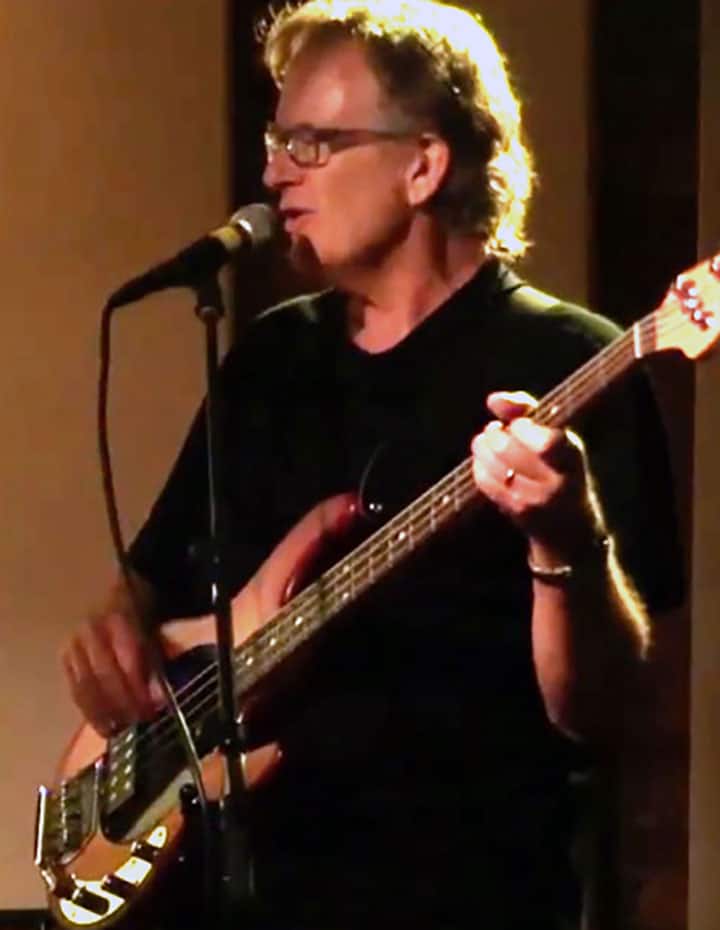 Jonathan McClellan, Miko’s Promise bassist and music director, said livestreaming and using social media allows him to get involved in the community in a creative way. Credit: Jonathan McClellan 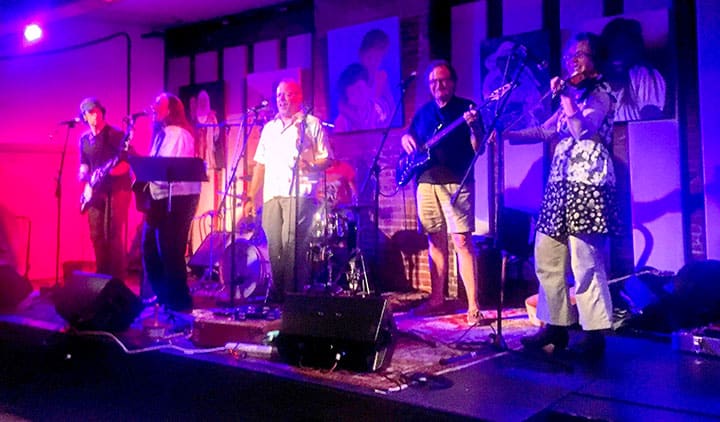 “It’s difficult not being able to perform and be with people, but there are also scarier things about this pandemic than that,” said Mikos’ Promise Bassist and Music Director Jonathan McClellan. Courtesy: Jonathan McClellan