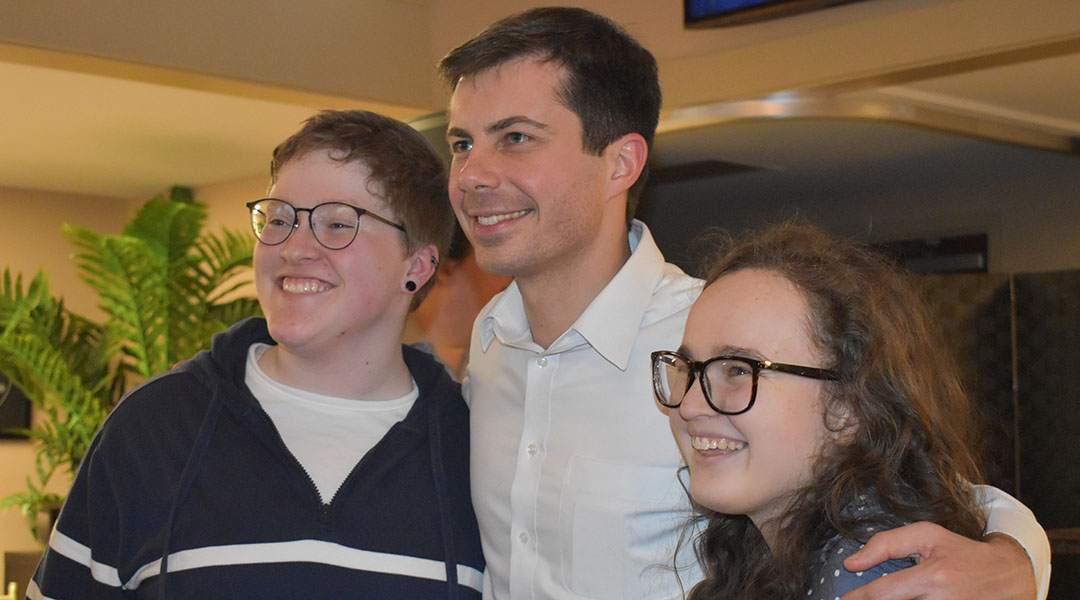 Democratic presidential hopeful Pete Buttigieg looked to introduce himself to South Carolina voters Saturday during his first campaign swing through the early primary state. Buttigieg made his “bumper sticker” pitch to more than 200 people at an event on Main Street in Columbia, with a focus on the “freedom, democracy and security” planks of his platform.

The South Bend, Indiana mayor, still considered a long shot for the nomination despite drawing attention with his unconventional resume, spent much of the event explaining his own back story and his decision to enter a crowded Democratic field.

He drew comparisons between his Midwest roots and South Carolina, making the case that a red state background would be an advantage for a Democrat in the age of Trump.

“I think it’s important for someone to step forward from a community like mine,” he said.

Buttigieg, who is openly gay and married his partner in 2018, said his ability to get married in the wake of the legalization of same-sex marriage is a part of his “why” in his presidential run.

He’s also a Navy reservist who served in Afghanistan as an intelligence officer. He referenced his service while explaining the “security” plank of his platform, while also alluding to Trump’s foreign policy approach.

“There’s more to security that putting up a wall from sea to shining sea,” he said.

Buttigieg also addressed his age. At 37 years old, he’s the first millennial to mount a serious run for the White House.

“Why wouldn’t this generation be putting forward leaders?” he said.

That message is part of what made Columbia resident Kayla Machado, also a millennial, want to see Buttigieg in-person.

“Everything I read and hear just makes me more sure that he would be a great choice for what needs to happen in this country,” she said.

Machado, who supported Vermont Sen. Bernie Sanders in the 2016 Democratic primary, said she likes that Buttigieg is a Washington outsider and wants to learn more about his plans to possibly expand the Supreme Court.

“I feel like this is our person,” she said after hearing him speak.

Nina Grey, a Columbia resident who describes herself as an “ACLU voter,” isn’t as set on Buttigieg as Machado, but said she was impressed with him when the two spoke about felons’ right to vote during a meet-and-greet after his speech.

“I appreciated his openness to discussion,” she said.

Buttigieg has not formally declared as a candidate but told media at the Columbia event that an official announcement is forthcoming.

“We’re gonna be pulling the trigger sooner rather than later,” he said.

Although the majority of South Carolina Democrats are African-American, the crowd Saturday was primarily white, something Buttigieg said would require more “listening” to correct.

“We’ve got to reach out to as many people in as many places as we can,” he said.

As one of the lesser-known candidates in a crowded primary field, Buttigieg will need relatively strong showings in early states like South Carolina in order to sustain his campaign.

“You’re in a state that has a lot of influence over how this works,” he told the Columbia crowd.

Buttigieg’s stop in Columbia came one day after fellow Democrat Beto O’Rourke held a campaign rally on the University of South Carolina campus and visited Rock Hill and Charleston.

New Jersey Sen. Cory Booker was also in Columbia on Saturday, meeting with voters at the Cecil Tillis Center. Booker will return to the Palmetto State on March 27 for a televised town hall on the campus of South Carolina State University in Orangeburg. 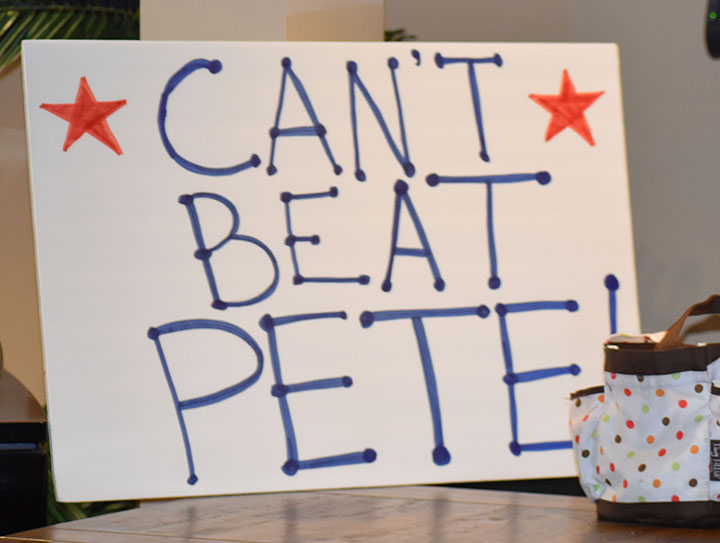 Pete Buttigieg’s first trip through the Palmetto State as he campaigns for the Democratic presidential nomination featured stops in Greenville, Columbia and Rock Hill. 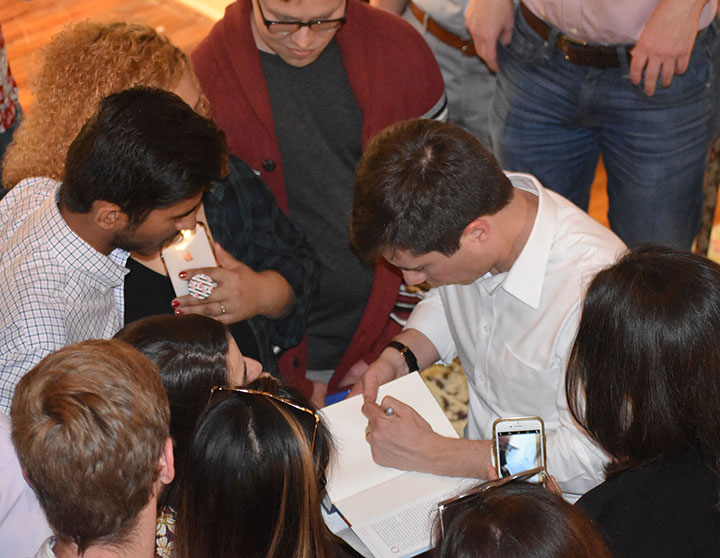 Pete Buttigieg took pictures and signed copies of his book after a campaign stop at The Venue on Main in Columbia during a tour of South Carolina. 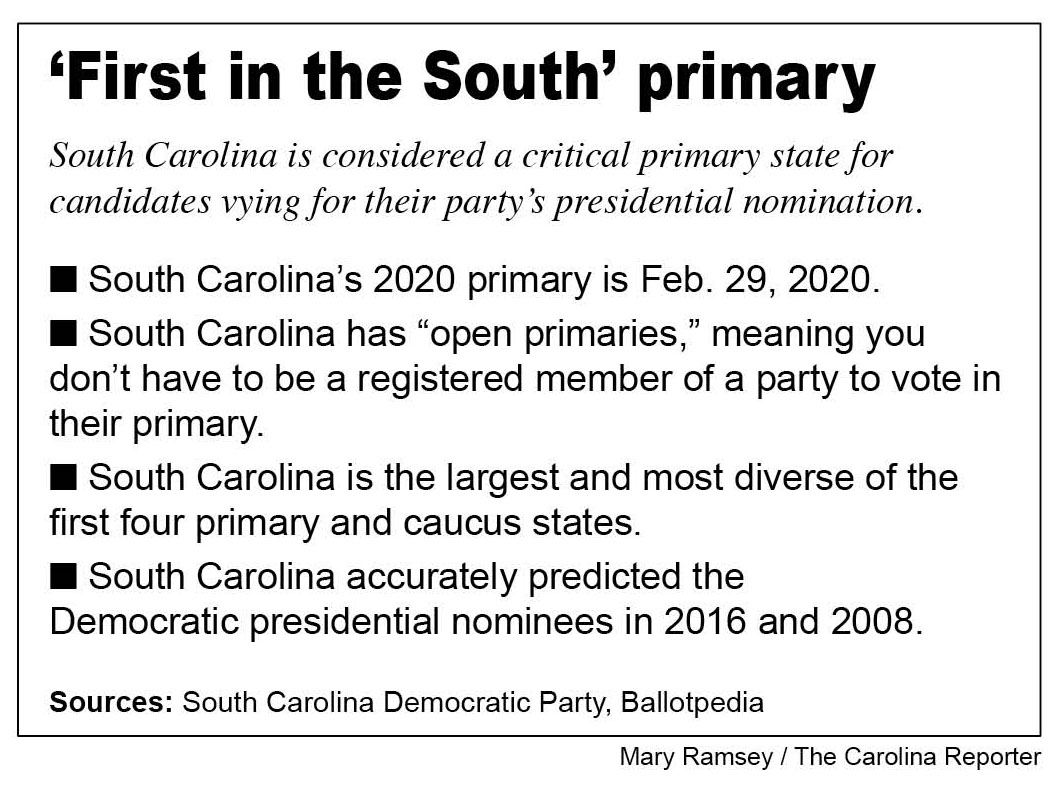 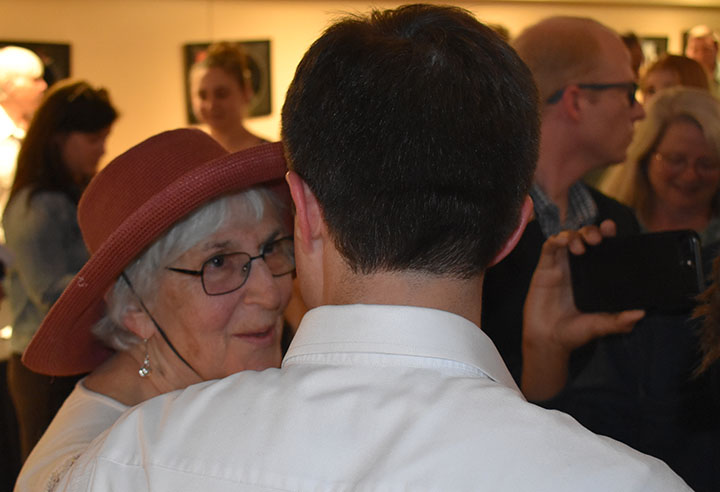 Columbia resident Nina Grey spent more than five minutes discussing the issue of felons’ right to vote with Pete Buttigieg during a campaign stop in Columbia.