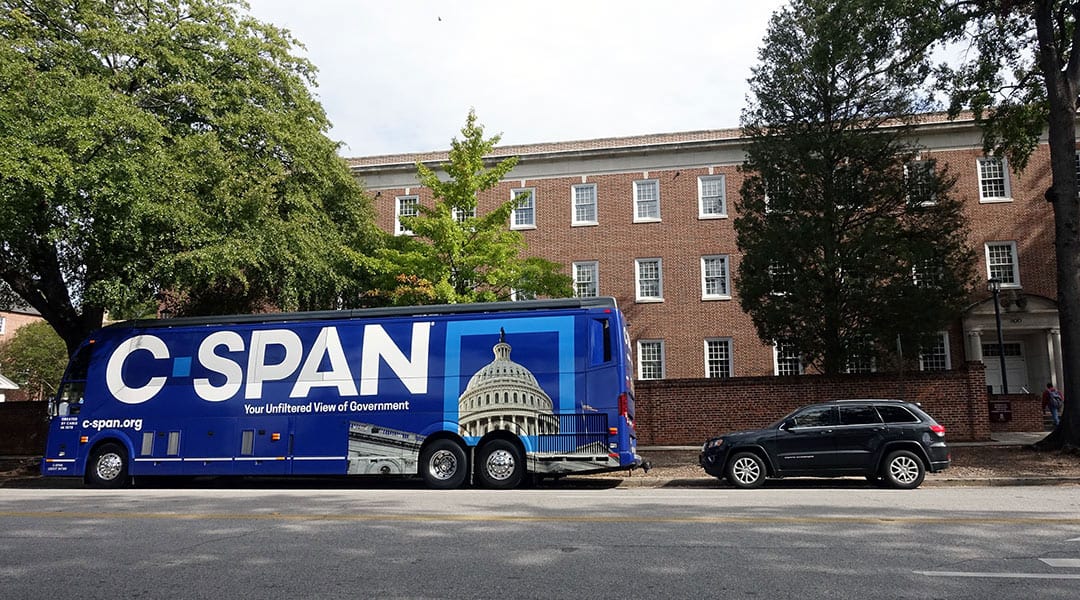 C-SPAN’s bus made a stop at the University of South Carolina’s School of Journalism and Mass Communications on Monday, before heading to Sumter, Florence, Myrtle Beach and Charleston.

By MADISON BRIDGES and ALEXANDER SHEPARD

The C-SPAN bus brought its 2020 Battleground States Tour to the University of South Carolina campus on Monday, inviting South Carolinians to come learn about their role in the American political process and promote political engagement. The tour visits states that have early primaries or are expected to be hotly contested in the upcoming presidential election.

Visitors could check out C-SPAN’s extensive video archives dating back to 1987 that contained over 250,000 hours of material, take pictures at the selfie station and look at a 360-degree camera stationed in D.C. and other parts of the country.

Tablets lined each side of the front of the bus where people could learn about the 2020 presidential candidates and test their current knowledge of the U.S. government with a brief quiz.

Jenae Green, a C-SPAN marketing representative who works on community outreach with the bus program, has been traveling with the C-SPAN bus across the nation for three years. She says that the public affairs television network serves as an unbiased source so that citizens can draw their own conclusions.

“Our goal is to provide information and let people know that they have an unfiltered and non-partisan source out there,” Green said. “Whether you’re here in Columbia or in D.C., we want you to feel like you’re in the room seeing those decisions as they happen and then make your own informed decision from it.”

UofSC junior Vanessa Stevens did not score as high as she would have liked on the judicial branch quiz, but says she learned a lot about politics on the bus and appreciates C-SPAN’s dedication to broadcasting the facts without any bias.

“I’m always moderately engaged, but it makes me interested again and want to get back on track,” Stevens said. “Hey, maybe I should keep paying attention instead of just when the debates arrive.”

Green explains that while it’s not C-SPAN’s role to tell voters how or what to think, they are hoping for increased political participation overall and more attention to be drawn to current political events. She views universities as a perfect hub for students to learn about politics so they can be even more involved post-graduation.

“A lot of college students don’t realize that their voices can be heard and the decisions that they make truly do affect this country from start to finish,” Green said. “It’s good for them to know how it works and how they can continue to be an active part of that political process.”

To further connect citizens with current or potential political leaders, the bus also plays host to a mobile studio where C-SPAN can interview presidential hopefuls and elected officials live. Viewers at home can call in to ask questions during the interview.

Potential voters are able to record a 30-second video message about the issues they would like candidates to address in 2020, which C-SPAN then plays on social media and as commercials between their television programming.

“In this day and age, politics is all around us,” Green said. “Whether it’s at your phone when you go on a Google search or whether it’s on social media, there’s always something when it comes to politics. We encourage [voters] to be at least more informed. It doesn’t matter what side of the aisle you’re sitting on.” 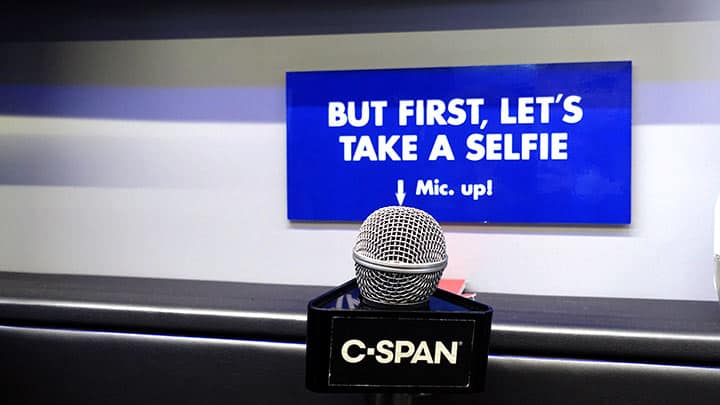 Visitors who stopped by the bus were able to snap a photo posing as a C-SPAN interviewer. 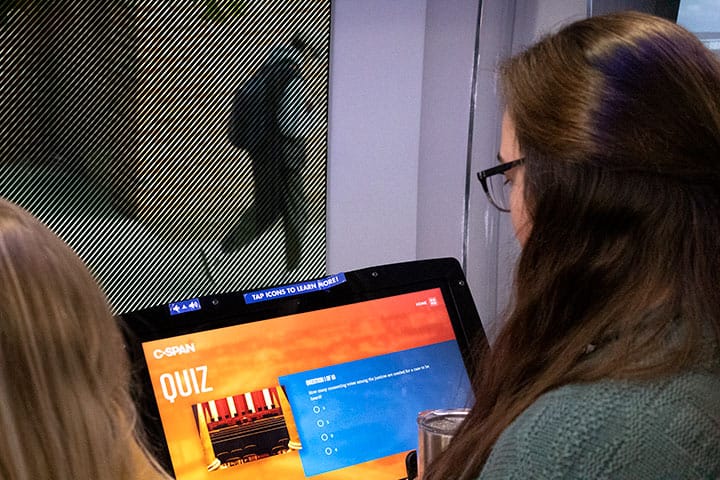 Junior Vanessa Stevens tests her knowledge of the judicial system on one of the buses interactive features and explores C-SPAN’s extensive video archives. 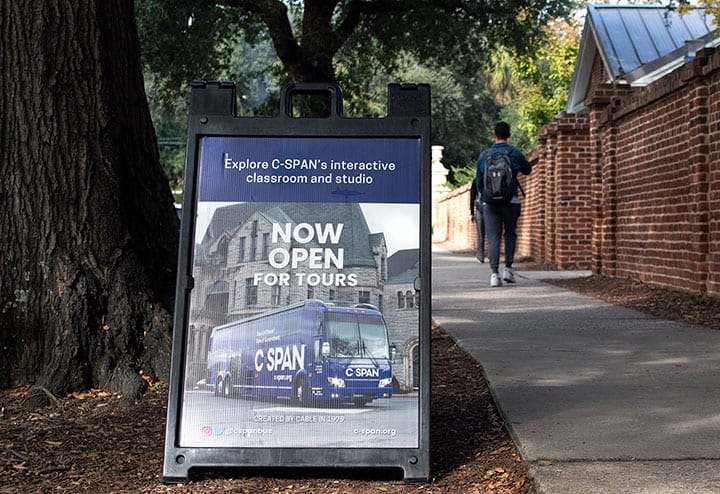 C-SPAN’s 2020 Battleground States Tour made its first stop in Iowa in August as it visits swing and early primary states, which includes South Carolina. 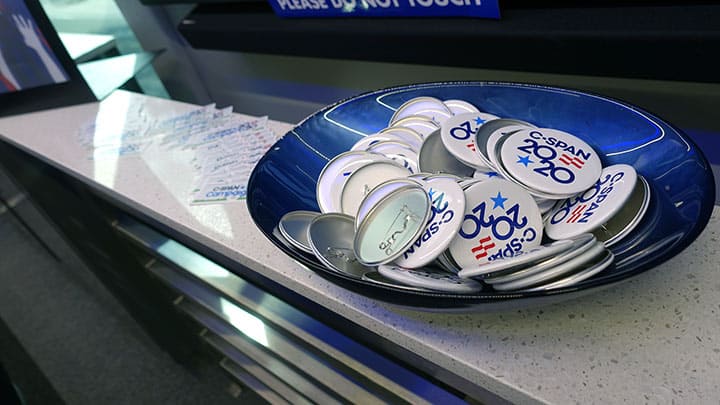 C-SPAN’s tour aims to get more people interested in politics as the 2020 election approaches.