Capital City Stadium lives on through memories of fans, players 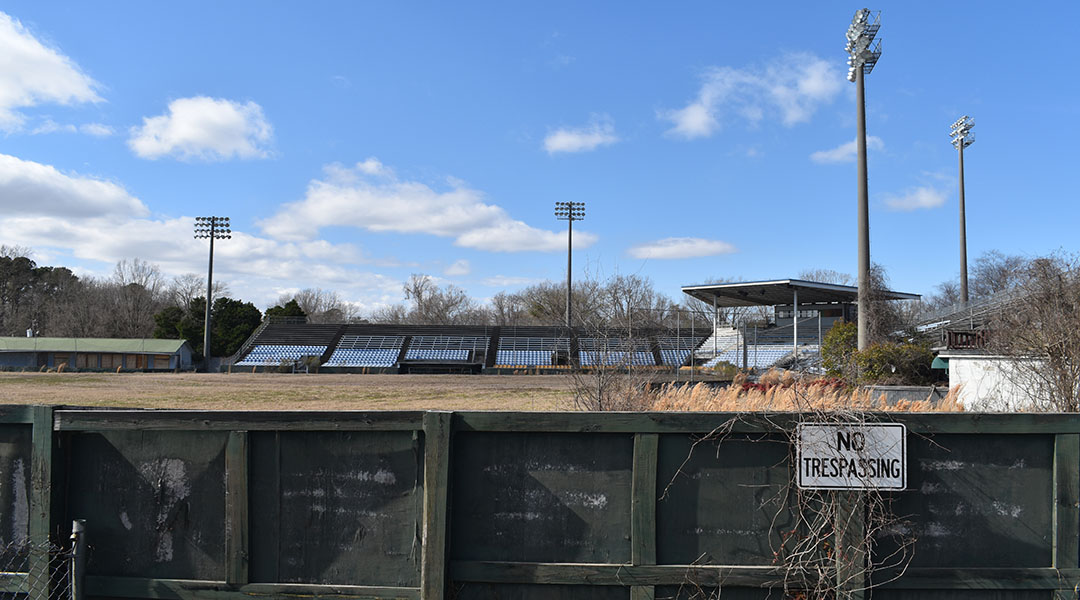 Capital City Stadium has hosted many teams in its 95-year-old history with the most recent being the Coastal Plain League’s Columbia Blowfish. Photos by Cam Adams.

Justin Moody has been a fan of baseball since his childhood. Infatuated with the hustle and bustle of the game, Moody and his wife are avid supporters of the Durham Bulls, a Triple-A baseball team in North Carolina.

As soon as Moody steps into the state-of-the-art 10,000-seat ballpark in Durham, the Columbia native is taken back to where his love for the sport began – Columbia’s Capital City Stadium.

“I close my eyes and sort of transport back there, holding my dad’s hand, getting overwhelmed by the sights and sounds and the smells,” Moody said.

The once-thriving Capital City Stadium has had a massive impact on fans such as Moody since its gates opened in 1927. After 95 years, the shuttered ballpark will soon become lodged only in memory.

After several delays, “The Cap” is set to be demolished this spring to make room for a multi-use apartment complex dubbed The Ballpark. It will house 310 apartment units and 20,000 square feet of retail space.

The stadium has sat vacant on Assembly Street since 2015 when the Columbia Blowfish moved to a new Lexington County stadium. While the project will bring more business to the area, long-time fans of the stadium are sad to see it go.

This includes 90-year-old Columbia native Ed Strickland, who started watching the Columbia Reds at the stadium in the late 1930s. Then named after former owner of the Pittsburgh Pirates Barney Dreyfuss, Dreyfuss Field was a centerpiece of the Olympia neighborhood in its early years.

Strickland and other kids who grew up in the neighborhood would commonly go to games, a stone’s throw from his home.

“I could always get to it in five to ten minutes, so it wasn’t no problem,” Strickland said. “That’s what people in the community liked about it, they could get to it real easy.”

Doug Bearden also grew up watching the Reds at The Cap in the early 1950s. Bearden, 75, had close ties to the team growing up as his parents would rent out garage apartments to players.

Bearden grew up going to games with his dad, seeing the likes of future major league legends Ted Williams and Hank Aaron, who played his last minor league game at the ballpark in 1953.

After years of going to games with his dad, Bearden kept the tradition going, bringing his three boys to The Cap to see the Single-A Columbia Mets, which later became the Capital City Bombers.

Subsequently, Bearden’s youngest eventually played in the same stadium he watched games in after being drafted by the Chicago White Sox in 1994. Doug Bearden Jr. faced off against the Bombers as a player on the White Sox Single-A affiliate Hickory Crawdads in 1995.

“I got a lot of good memories [in the stadium], but you can’t top that,” the elder Bearden said. “When you sit there and watch your son living out his dream on the ball field… tears run down your cheek when you see how happy he is when he runs on that field, it did me anyway.”

Much like Bearden’s son, former Blowfish player Zack Smith also lived out his dream playing on the field where he grew up watching baseball. Smith’s family had a close relationship with the Bombers as they were good friends with general manager Tim Swain while he was growing up.

Smith’s family would often invite future New York Met David Wright over for dinner some nights during his 2002 season in Columbia.

“[Wright] would pitch to me in the outfield and I’d act like I was running the bases and everything like that, and getting to actually do it years later was really special,” Smith said.

During his three seasons as a Blowfish, Smith not only continued his love for baseball but found love. During the 2011 season, Smith met his future wife Courtney when she was working as an intern with the team.

“In day-to-day, passing each other, me working there, him playing, we were with each other all the time,” Courtney Smith said. “It just kind of happened. I really don’t know how to describe it.”

Now, 11 years later ,with a two-year-old daughter, the Smiths are sad to see Capital City Stadium fade into history, but will carry with them the memories of the place that brought them together.

“It’s heartbreaking, all the memories that I have growing up there,” Zack Smith said. “To see it being wiped out and something else put there, it’s a gut punch. As far as it being demolished, I have enough memories to keep it alive.” 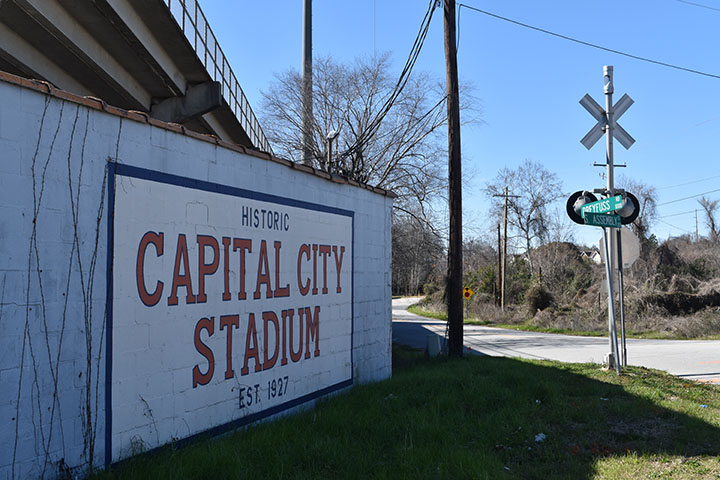 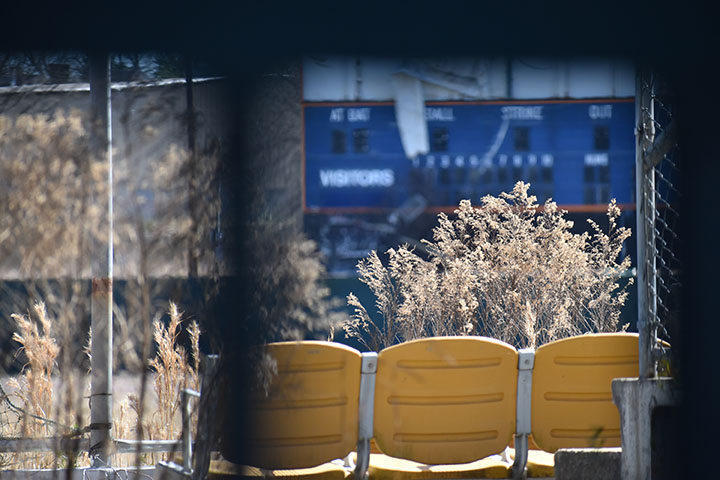 Weeds have taken over as the stadium has sat dormant since the Columbia Blowfish left the stadium in 2014. 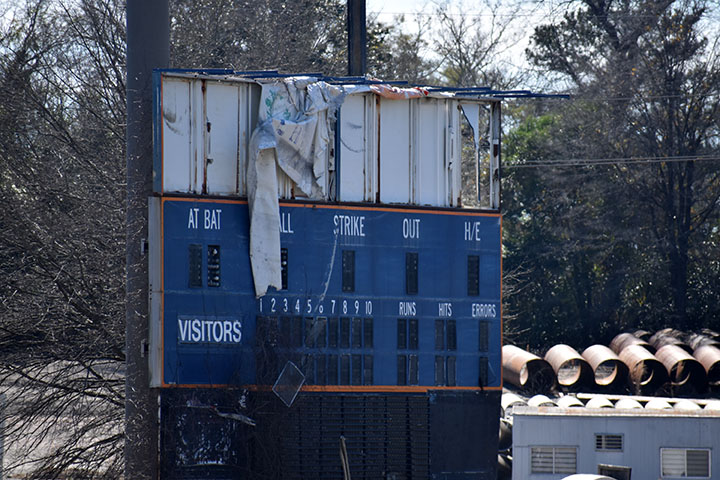 The stadium has hosted many baseball games dating back to 1927.