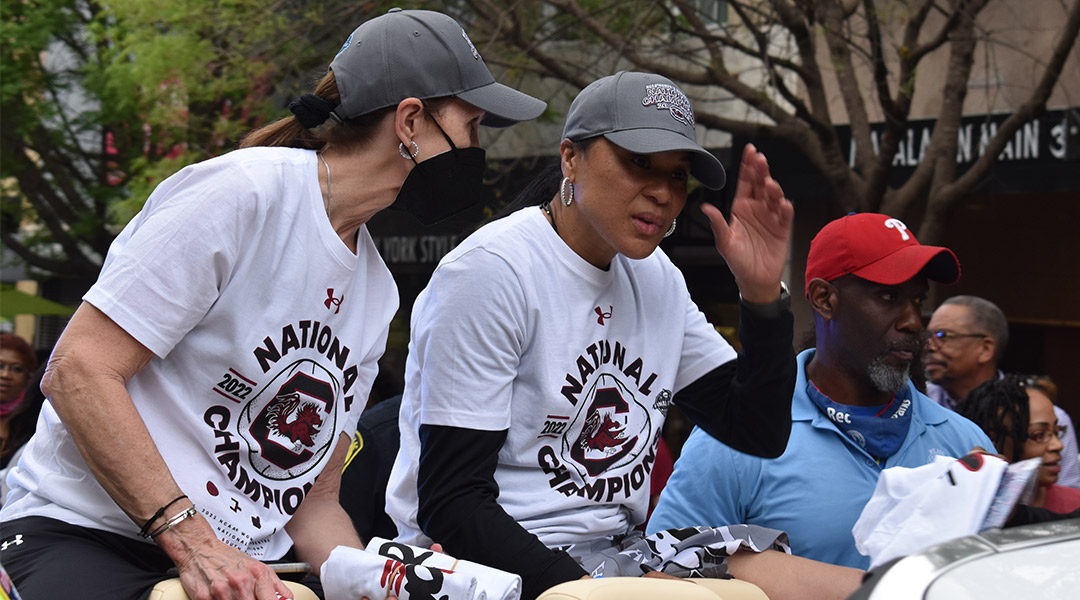 Main Street was a sea of garnet and black on Wednesday as thousands of fans and families lined up to cheer for the University of South Carolina’s women’s basketball teams’ national champions.

All along the downtown parade route, Head Coach Dawn Staley and her No. 1 team players were greeted with signs and boisterous applause as the city of Columbia came out to salute the team that bested UConn in the final NCAA championship game in Minneapolis.  It was Staley’s second national title in five years.

Sirens blared and lights flashed as police cars and firetrucks proceeded down Main. A City of Columbia trash truck was a crowd favorite among the 60 floats and cars that carried the team and city dignitaries. The city council, Mayor Daniel Rickenmann, Univeristy of South Carolina Harris Pastides all had their own floats as well.

Some participants played music and had T-shirt cannons that they fired into the crowd. Many participants threw candy to excited children on the sidelines.

Fans said winning the championship was very meaningful to them as it brought a lot of attention to the state.

Fans and University of South Carolina students said that the win wasn’t the only meaningful part of the parade. What also meant a lot to them was the outpouring of support from the community for women’s sports.

“Women’s sports is slowly becoming a bigger thing and I feel like our university is one of the first to really recognize that,” said third-year student Karin Dunn. 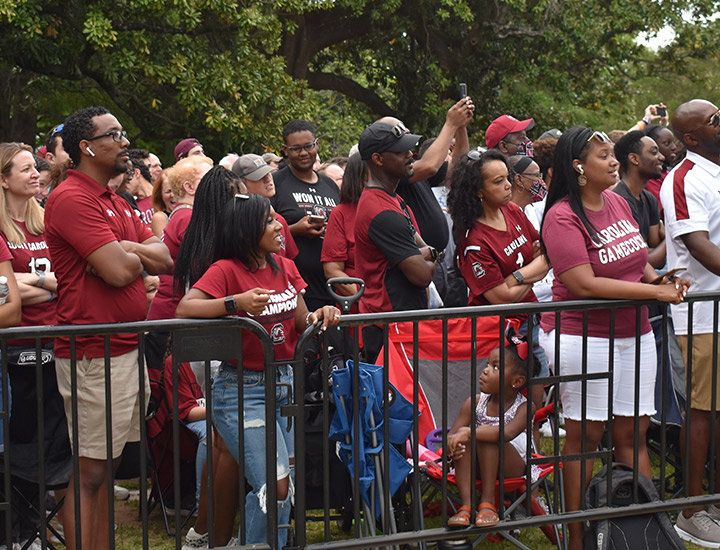 The energy along Main Street was electric as fans dressed in garnet and black screamed to get the attention of the team. Constant cheers mixed with music and sirens from the floats made the parade route come alive. 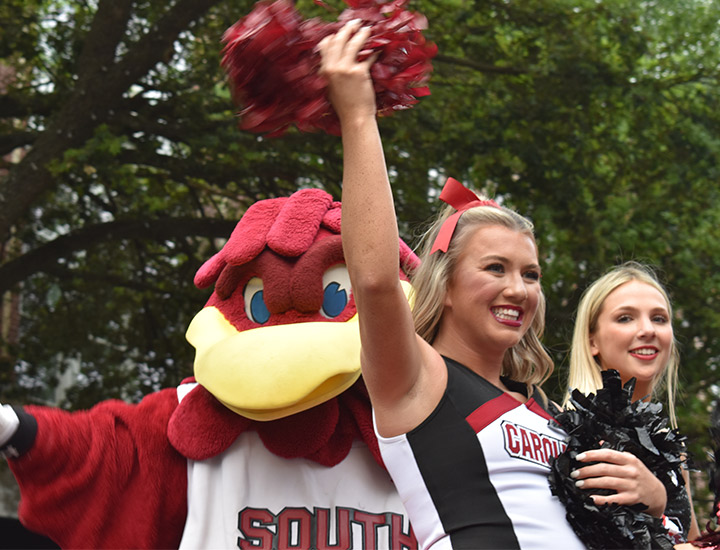 Many UofSC student organizations were in the parade including Cocky and the cheerleaders. 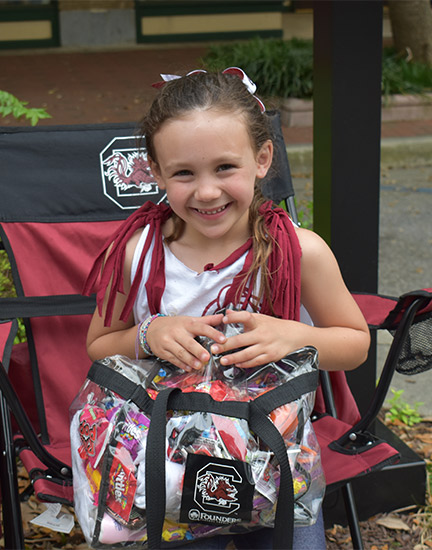 Six-year-old Monroe said her favorite part of the parade was, “when they throwed all the candy.” She said she plans on attending UofSC when she’s older. 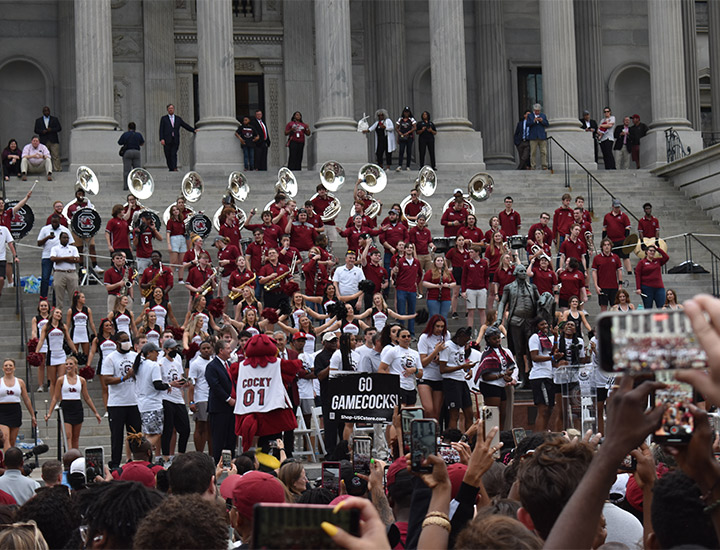 The parade ended at the State House, where the Carolina Band played and Dawn Staley addressed the fans.