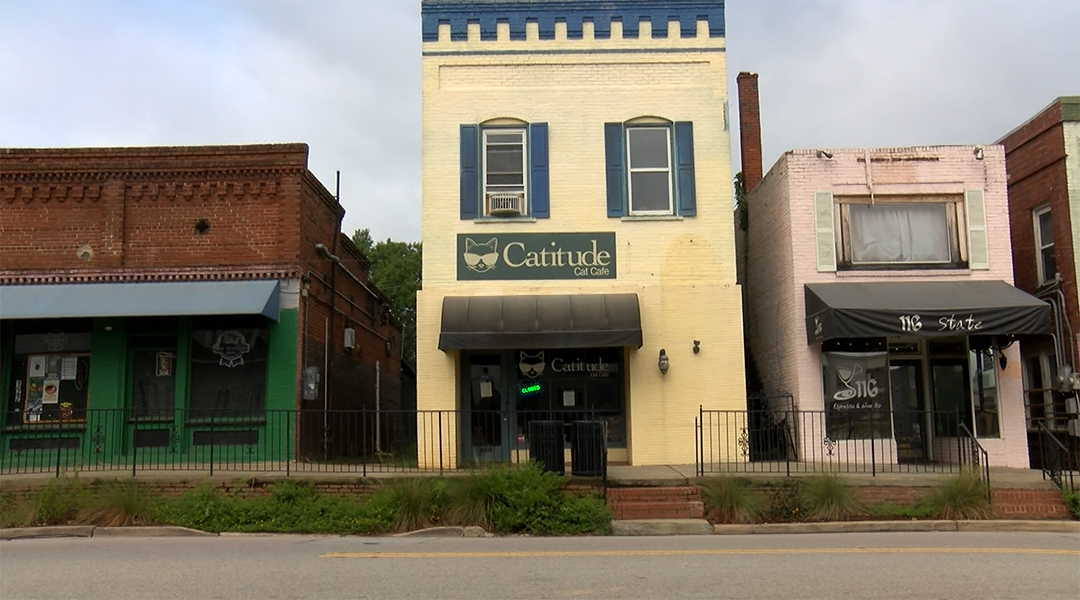 It started with a trip to Sonic. Maria Garcia and Jaime Andres Ortega couldn’t help but notice the stray kittens in the dumpster of the fast food restaurant.

“We tried to trap them and we just couldn’t because they kept running,” Garcia recalled.

It was then they got the idea for a cat café, a place that kittens and cats could meet prospective owners.

“We wanted to do something to help the kitties because cats have lower adoption rates,” she said. “They also have high euthanization rates, and we figured this could be a good thing to do to find kitties good homes.”

The cafe called Catitude opened at 118 State Street in West Columbia in November 2017. For $15 admission, guests get to enjoy cat-inspired beverages and treats as they play with the cats upstairs. If guests feel a connection with one of the cats, adoption is an option. But the business is about much more than entertainment while drinking and eating – it’s about giving the cats inside a second chance at a home.

The shelter cats at Catitude are from PETSinc in West Columbia. Garcia, who serves as vice president of Catitude, says she and Ortega partnered with PETSinc because it is a no kill shelter.

“The reason why we wanted to partner with PETSinc. is because they are a smaller shelter and they’re also a no kill,” Garcia said. “The wonderful thing about them is that once we empty them out of kitties or they just have more room, they pull from kill shelters.”

Caroline Tart, the kennel administrator at PETSinc, sees the benefits of the cat café environment.

“They can get socialized. People can see how they act in a, you know, an atmosphere, basically like their house, whereas here they’re all in a shelter,” said Tart.

While the cats wait for their forever home, Garcia makes sure their stay at Catitude is just as comfortable.

“There have been kitties we bring here that they don’t think they’ll do well in their general population rooms,” Garcia said. “But they do well here because we have a big enough space where if they don’t like other cats they have room to be away from them and it’s more of a home environment versus a shelter.”

For more information on Catitude, visit the website at www.catitudecatcafe.com. 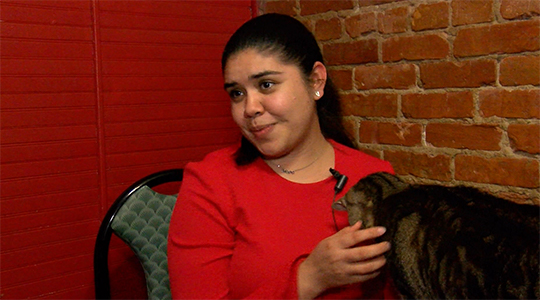 Maria Garcia is the vice president of Catitude. 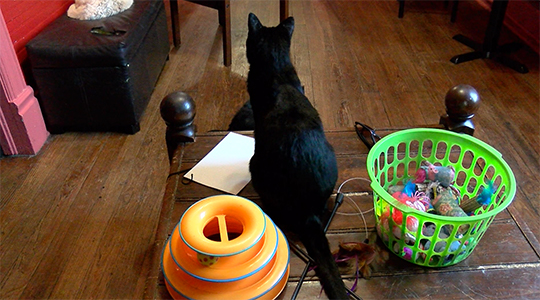 Cats have plenty of toys to play with at the Catitude cat cafe.