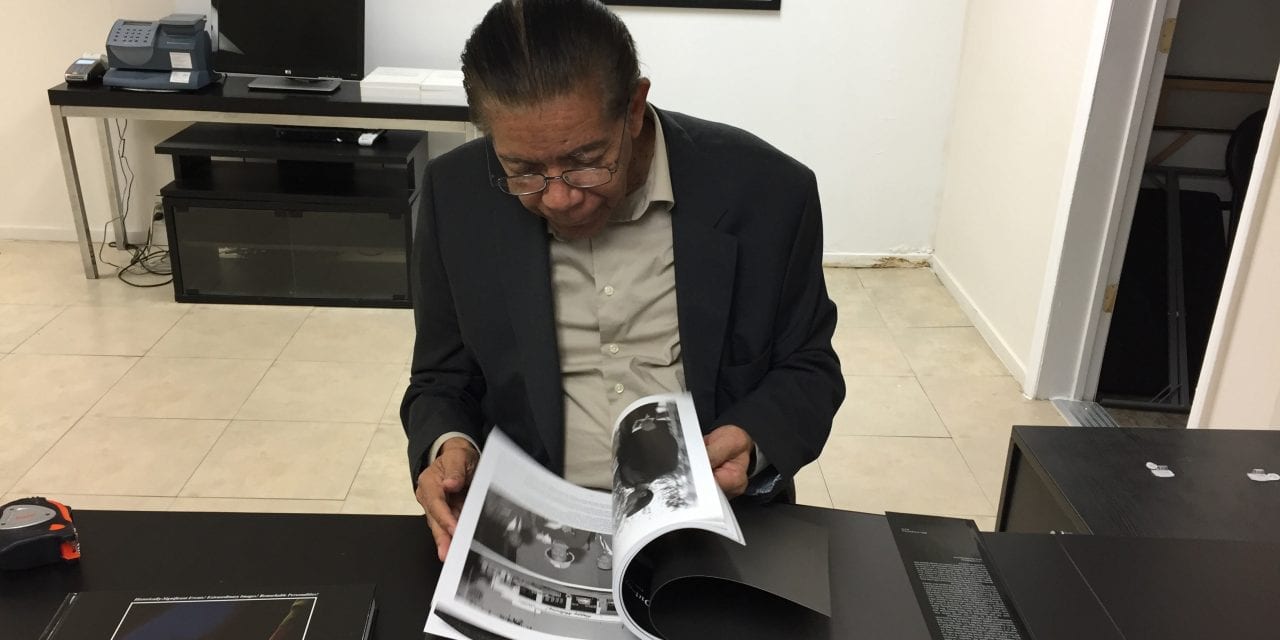 Photographer Cecil Williams, 81, holds the largest collection of civil rights images and African-American culture in South Carolina, dating from the 1950s to the 2000s.

The year was 1963. The Confederate battle flag flew atop the South Carolina capitol. Protesters walked on the sidewalks of Main Street, singing songs and marching against segregation.

Photographer Cecil Williams was just 26 but he had already recorded similar scenes countless times. As the words of the songs resonated in the air, he looked to his left and glimpsed a little boy holding his mother’s hand. He focused on the child’s upturned face as a ray of light illuminated his countenance. Williams snapped the shutter and in that single frame, Williams saw his life’s purpose become clear.

“I go way back into photography,” said Williams, now 81. “I go way back into the big bang of the civil rights movement which was the Briggs v. Elliott (school desegregation) case. My photography has captured the images that really started it. These are some of the reasons why I want to achieve the quest that I’ve begun. And with God’s help, I think I will.”

For Williams, now 81, photographs mimic life more so than any other medium. He grew up liking photography at an early age and wanted to be involved in recording things. As a child, he used to draw and scribble everywhere. His brother gave him his first camera, a Kodak Baby Brownie at age nine.

His quest, for ten years now, was to establish a museum to commemorate the people of South Carolina who gave their lives and sacrificed for the civil rights movement. He realized that he was already living in it. The 3,500 square foot house he designed as his family home has now become the place where he will showcase his images.

The museum, which will be called the Cecil Williams Museum & Institute for Social Innovation, will open May 17, on the anniversary of the 1954 U.S. Supreme Court Brown v. Board of Education decision that overturned segregation in public schools.

“Some people died, many people went to jail, thousands participated in what we call the civil rights movement. I noticed that not very much is around anywhere in museums to really tell the stories of those people and remember those names and say thank you,” he said.

The museum will add to the history of the small cotton-growing community in the center of South Carolina.

“Cecil Williams has a wealth of knowledge about the civil rights movement and telling the story of Orangeburg. His images have shown that he has lived through this and reflect how things were and how they are now,” Mayor Michael C. Butler of Orangeburg said.

When Williams graduated from high school he wanted to become an architect. Clemson University was the only school with an architecture major, but Clemson was segregated. Williams used that rejection to motivate himself to go beyond ordinary drawings. He started drawing house plans and one plan was even featured in EBONY Magazine in 1977. For his museum, he was inspired to create an ultra-modern facility.

“These are some more reasons why I feel this is the most appropriate place to build my museum,” he said. “You might say it’s in the DNA, the very desire that I wanted to overcome that barrier of segregated college higher education. This is the building that I want to house my civil rights photographs in.”

Williams has constructed the museum, the building with the archives and photographs, through his own efforts. His chief worry is  sustaining the museum for the future. He has some contributions coming in, but he hopes people will see that the museum is something that is going to honor people and will help him make this possible.

“The city talked about the concept of creating this but had not acted on it. So I decided to do it myself,” he said. “Sometimes in life, it comes around that you must just take the initiative and move forward and that’s what I did. I’m getting older and I wanted to see this happen.”

“Having Cecil and this museum is an advantage for us because he is telling our story. I know he is committed to his work. He’s passionate about history and how history is told,” Butler, the mayor, said. “I hope the museum is sustained because we need that wealth of knowledge of Orangeburg because we are a city of civil rights.”

The public can donate to the Cecil Williams Museum & Institute for Social Innovation, by visiting Williams’ website, http://www.cecilwilliams.com 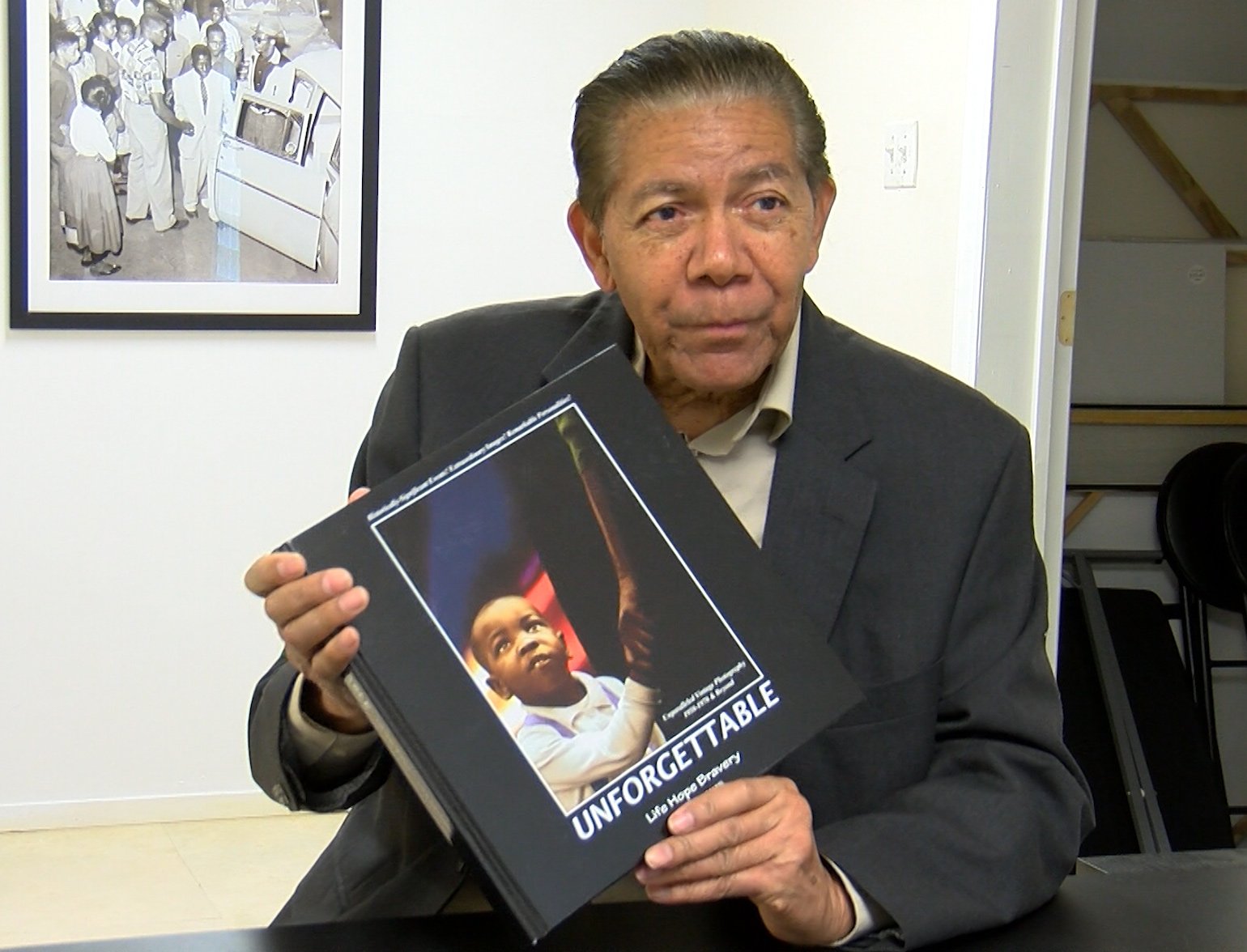 Cecil Williams’ most requested photo is of a little boy holding his mother’s hand at a civil rights rally in Columbia in 1963.

Williams has published a number of books of his photographs, which include figures from the era such as the late U.S. Supreme Court Justice Thurgood Marshall and John F. Kennedy during his campaign for the 1960 presidential election.

Williams’ has opened a number of other exhibits across South Carolina. He recently spoke about his featured photos in the “Justice for All: South Carolina and the American Civil Rights Movement” exhibit at the University of South Carolina in Columbia. 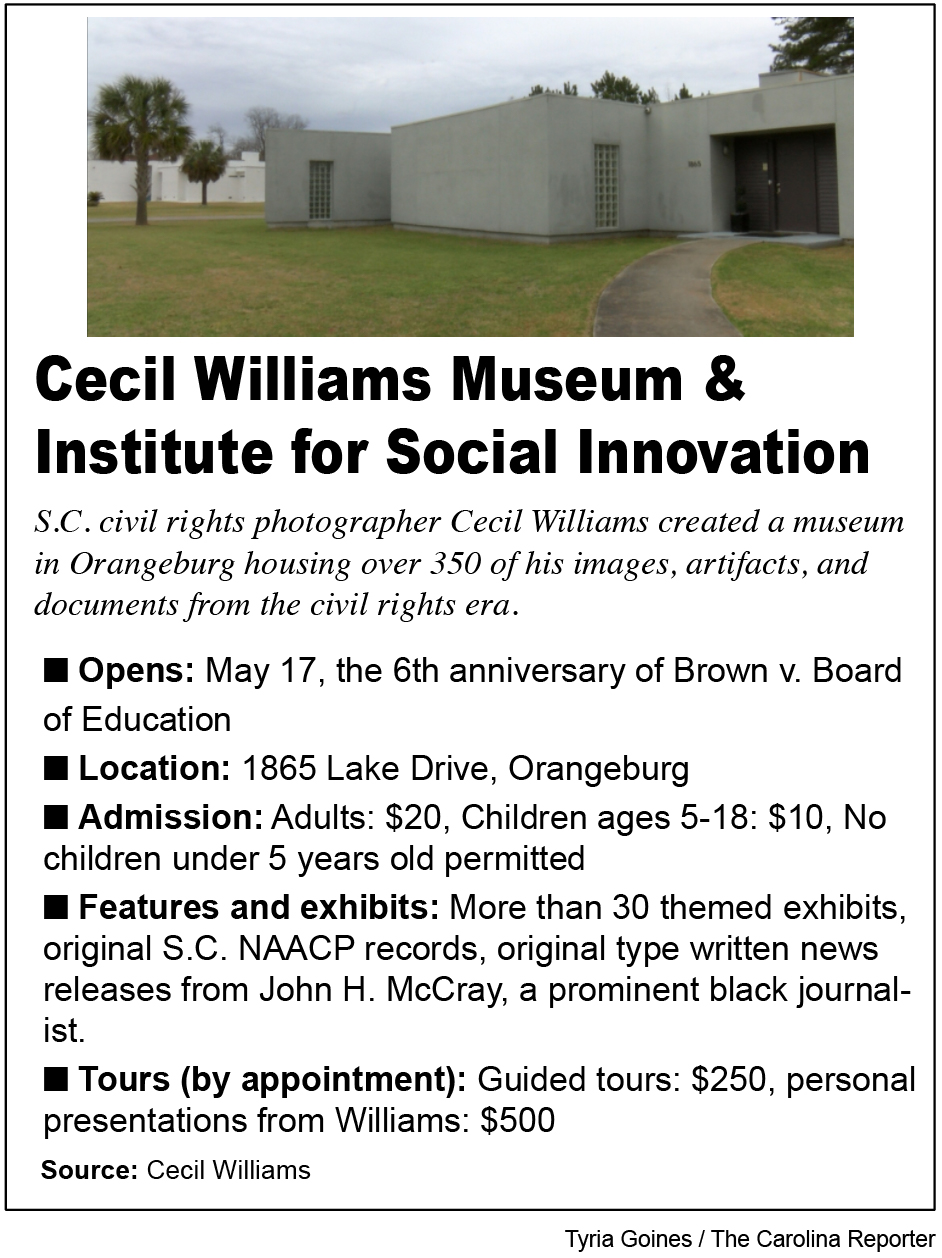