Creating chaos in the primary 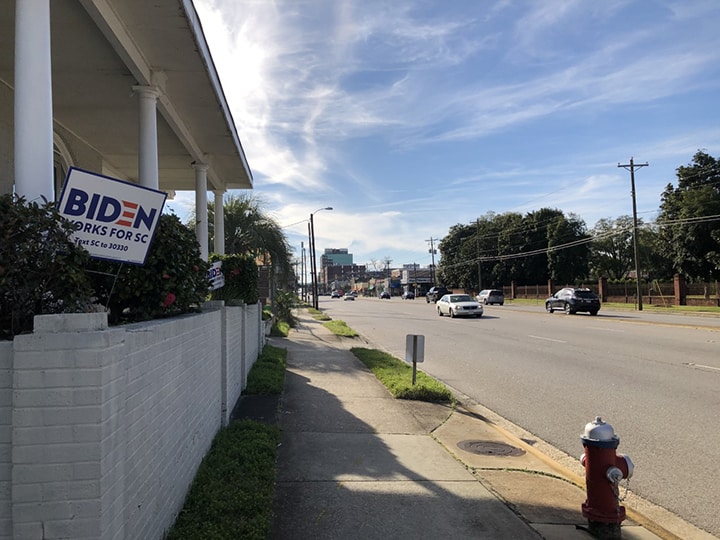 Joe Biden’s Columbia campaign office is at the corner of Taylor and Henderson streets. Biden is considered the clear front-runner in the SC Democratic Primary.

Some Upstate tea party officials are asking South Carolina Republicans to vote in the open Democratic primary Feb. 29, creating mischief and setting the stage to change how the state’s primaries run.

Some Republicans want to distance themselves from the element of the party that supports the movement to meddle in a primary with a clear front runner, former Vice President Joe Biden. According to an official statement released by the South Carolina GOP, the state’s Republican Party “has taken no official stand on this matter nor will it encourage our members to do so.”

“The party cannot sit here and support people trying to meddle in any type of election,” said Blake Ringer, vice president of the conservative libertarian group Turning Point USA at the University of South Carolina. “Leadership is not pushing for this to happen.”

Whether or not they are backed by the GOP establishment in South Carolina, some Republicans in the state will look to alter the results of the open Democratic primary.

“There’s certainly always some individuals who try to sow chaos in the other party, and there certainly seems like there is going to be an effort to organize that here,” said Chase Meyer, a political science professor at the University of South Carolina.

“Operation Chaos 2020”  is a movement to push S.C. Republicans to vote for Vermont Sen. Bernie Sanders over Biden, who is considered the frontrunner in South Carolina. Those that support “Operation Chaos 2020” believe President Trump could easily beat Sanders, who describes himself as a Democratic Socialist.

The Sanders campaign believes that there is evidence that Sanders is not a weaker candidate.

The Biden campaign declined to comment on “Operation Chaos 2020.”

Some Republicans disagree with the cause and were in the dark about the movement.

“I had never heard of it,” Ringer said. “I called my uncle, former state party chairman Chad Connelly, and his take on it is that no Republican wants to have their name on a Democratic voting list.”

“We don’t want this to be seen as something chaotic. We have a very precise and structured plan for what we are doing. It is not chaos to us,” said Karen Martin, a member of the Spartanburg Tea Party and organizer for “Trump 2-29.”

“We just wanted to make enough of an impact so the conversation is started amongst a group of people that have never engaged in the conversation before. They might realize that it’s not the best idea to have open primaries.”

“Trump 2-29”  and “Operation Chaos” are not supported by the S.C. GOP because of different roles that parties and activists have, according to Martin. However, she says the movements are gaining traction.

According to Meyer, the political scientist, it’s hard for party loyalists to cross party lines.

“The vast majority of people think, ‘I’m a Republican, and I’m not going to vote in the Democratic primary on principle,” Meyer said. “You’re asking Republicans to actually cast a vote for Bernie Sanders; that’s a hard thing to get them to do.”

Martin said that selecting Sanders was “strictly math” and that trying to pick a weaker general election candidate is not the goal of “Trump 2-29” like it is for “Operation Chaos 2020.”

“From the media perspective, this is something that impacts the political situation of Biden, Sanders, (Massachusetts Sen. Elizabeth) Warren, (former South Bend, Indiana, Mayor Pete) Buttigieg. But for us, this is a statewide issue of closing the primaries,” Martin said.

The South Carolina Democratic Party said in a statement that they welcome all people to vote in their primary.

“Anyone is free to take part in the democratic process that we champion. This is part of the charm of South Carolina. We welcome any South Carolina voters to participate in our democracy,” said Trav Robertson, chairman of the S.C. Democratic Party, in a statement. 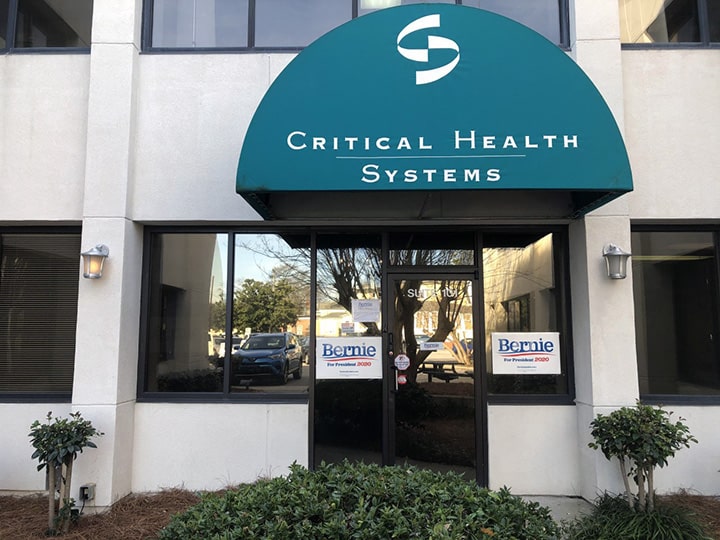 Bernie Sanders’ Columbia campaign office is at 1410 Blanding St.. Sanders is a favorite among young voters and is considered a potential challenger to Biden in South Carolina. 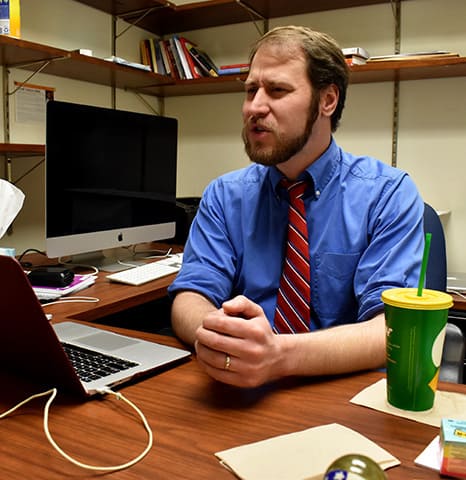 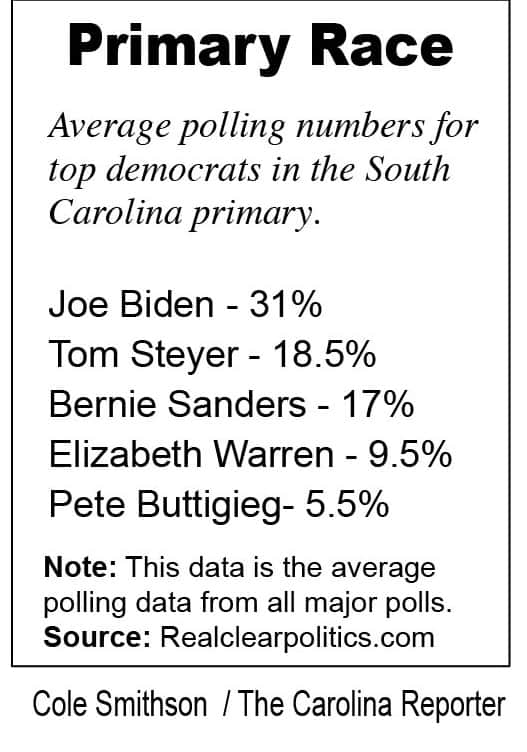 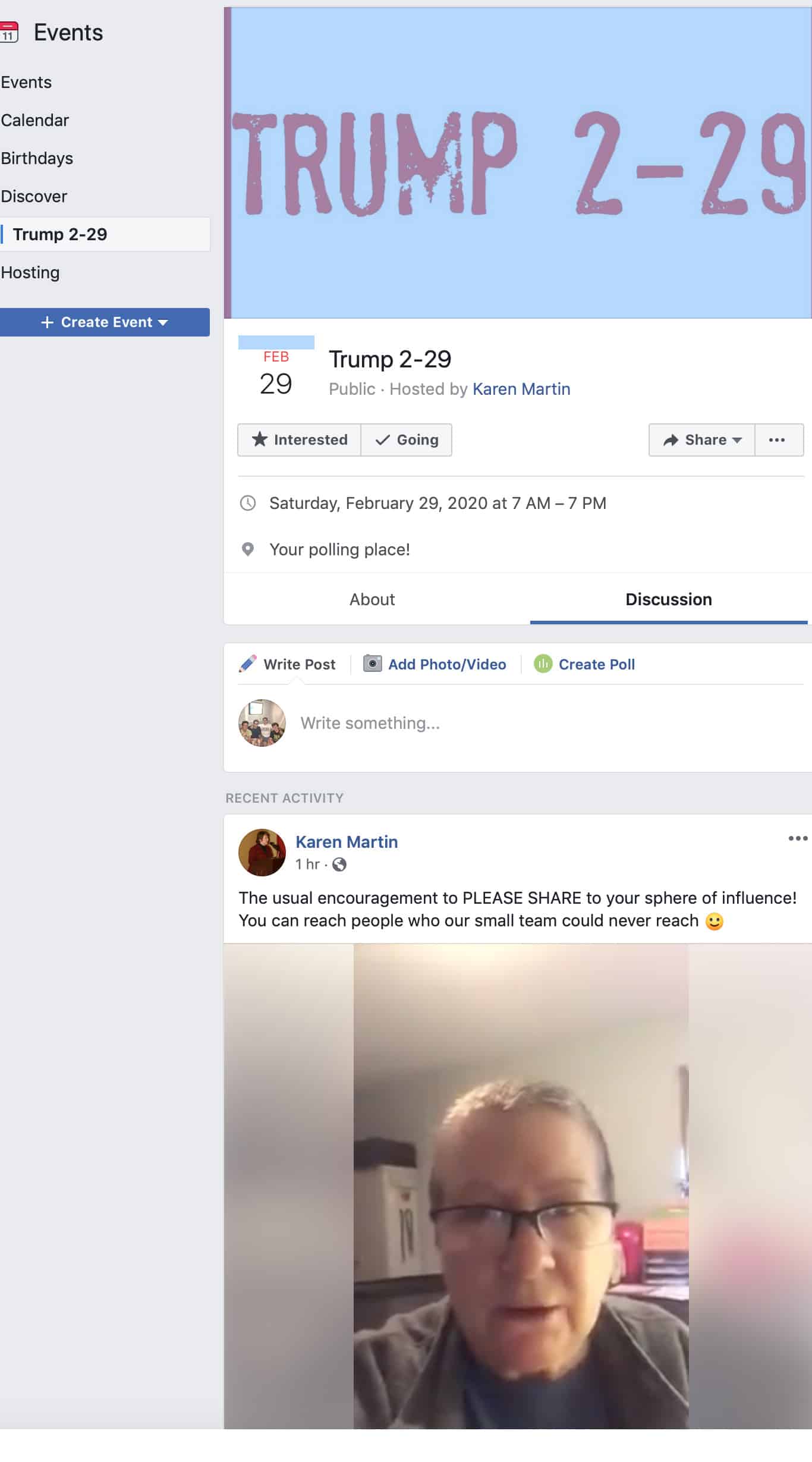 Spartanburg Tea Party member Karen Martin created a Facebook event page for the “Trump 2-29” movement, which is aimed at closing primaries to registered party members only.