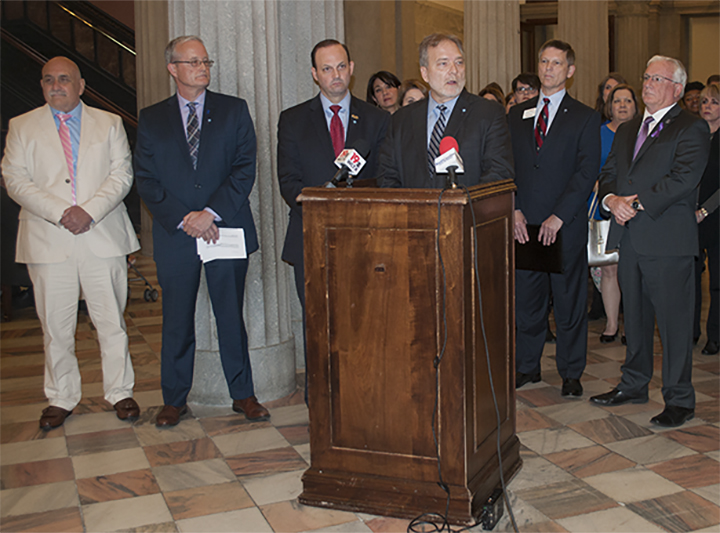 South Carolina Sen. Brad Hutto, D-Orangeburg, speaks about the high percentage of children that have dealt with some type of abuse. 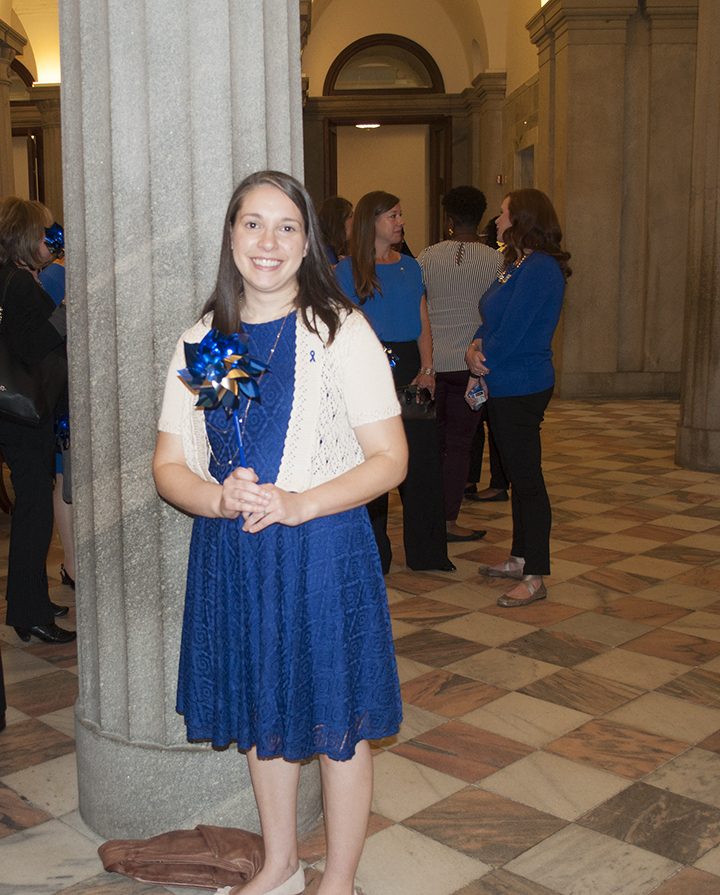 Liz Szarkowski, director of the Children’s Advocacy Rally, holds a pinwheel that is a symbol representing prevention of child abuse. 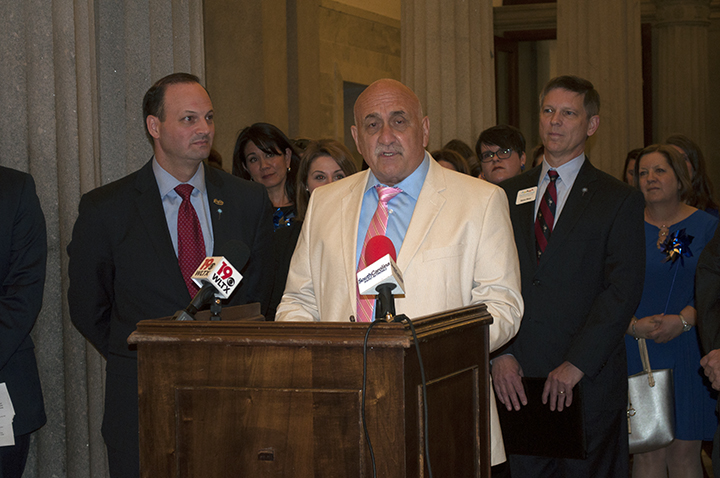 The Network of Children’s Advocacy Centers held a news conference April 10 at the State House, where advocates of Children’s Trust of South Carolina rallied to bring awareness of child abuse and neglect.

Since 1983, April has been declared Child Abuse Prevention Month. In the second week of April, advocates work with lawmakers to toughen laws to protect children.

Bett Williams, chief communications officer of Children’s Trust, said the Trust is working with legislators to pass a law that would  create an Office of the Child Advocate.

“What that will create is an agency that can serve as a safety net for children that are in the DSS (Department of Social Services) system,” Williams said. “It’s the best practice and we really do feel like the children of South Carolina deserve to have that safety net when they’re in the system.” The status of the bill currently resides in the House Committee on Judiciary.

One lawmaker said statistics show that younger kids in South Carolina are being abused at a high level.

Although neglect is the most common form of child abuse, thousands of children across South Carolina also suffer from sexual abuse, physical abuse, and other forms of maltreatment.

Hutton spoke on behalf of Gov. Henry McMaster, who proclaimed April 10, 2018, as Children’s Advocacy Center Day throughout the state.