City salutes Staley and the team that ‘won America’s heart’ 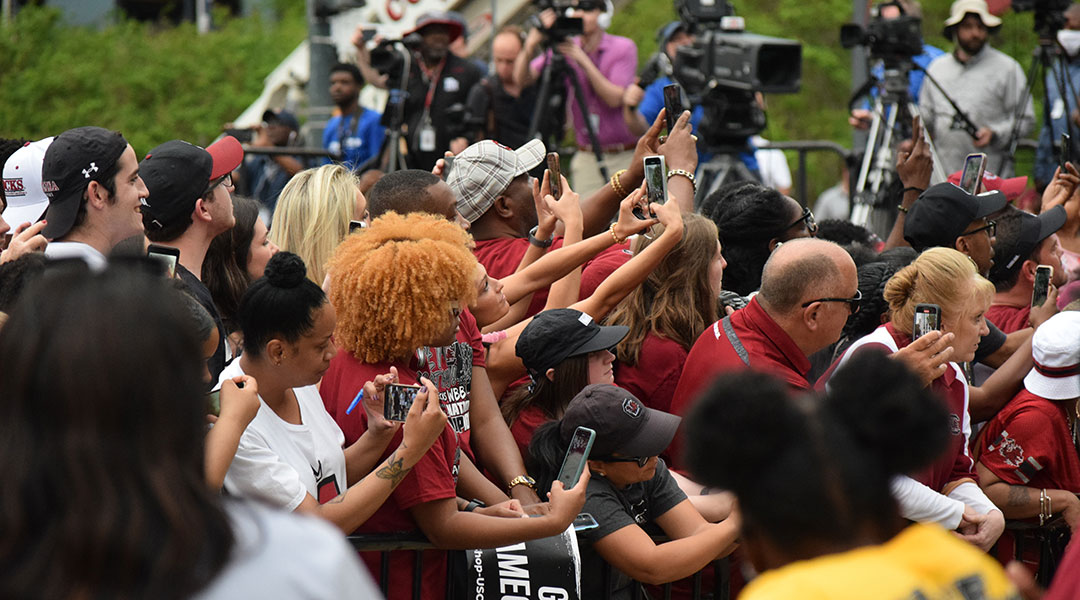 Hundreds of fans erupted in cheers Wednesday at the South Carolina State House as the NCAA national champion Gamecocks women’s basketball and their head coach Dawn Staley arrived at the finale of a mile-long parade in their honor.

Mayor Daniel Rickenmann presented Staley with the key to the city as he congratulated her and the team for their hard work and great season.

“I know when we get together like this everybody wants to hear something that’s so profound, right? Here’s the most profound thing I have to say –  that is ‘the victory was won before it was played,’” Staley said. Staley has emphasized that the mindset and preparation of her players must always be aimed at winning.

Sixth District Rep. Jim Clyburn presented Staley with a certificate and the flag that flew at the nation’s capital on April 6 in celebration of the Gamecock’s win.

“Congratulations! Not only did you win a national title, you won the hearts of the entire country,” said Clyburn.

Clyburn also gave the team a record of the congressional proceedings on April 7, which includes a tribute to the team, and said the team would soon be invited to the White House.

Harris Pastides, the University of South Carolina interim president, took to the podium to express his love for the team and their head coach.

“Congressman Clyburn said it right. These young women won the hearts and minds of people throughout America. They were and are America’s team,” said Pastides. “Dawn Staley, what an amazing person. She has done more for gender equity, for equality, in women’s athletics than anybody in modern history.”

Staley took time to thank the “FAMs,” as the team’s fans are affectionately known, for their never-ending support. Staley said the love their fans show is felt from “the very top all the way down to anybody that’s walking the streets of Columbia, South Carolina.”

“They can make up statistics and say we were the lowest-scoring team in NCAA tournament history. They could say that. They can say that we held our opponents to the lowest points in the history of the NCAA tournament, ‘kay? Here’s what they can’t say –  that we don’t have the best ‘FAMs’ in the country,” said Staley.

Staley presented players Victaria Saxton and Brea Beal with a gift from the “FAMs” to recognize their role in the team’s success which is often overlooked in the media.

“Let’s run it back,” said Staley, offering the unspoken promise of another national title. 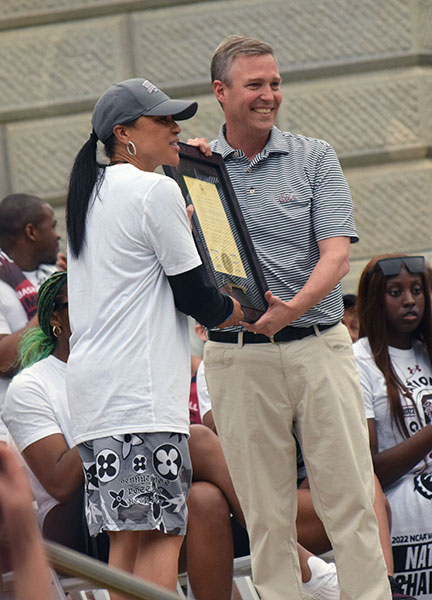 Mayor Daniel Rickenmann presented head coach Dawn Staley with the key to the city of Columbia. 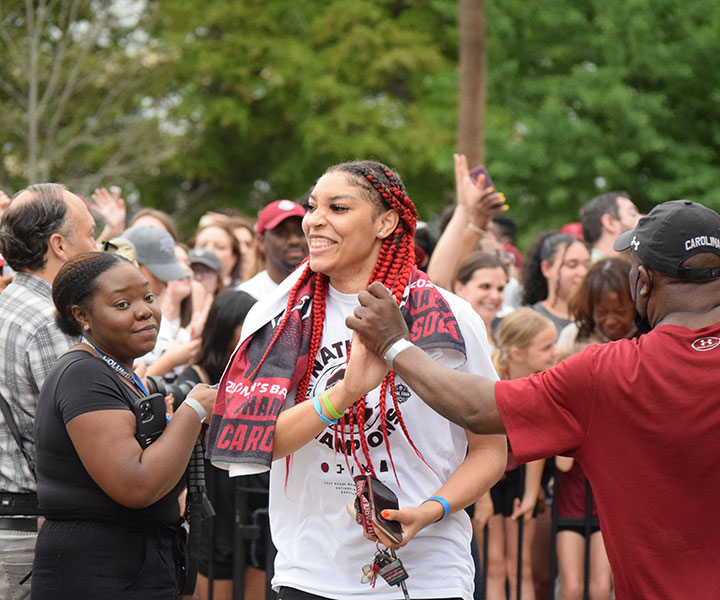 Forward Victaria Saxton took in the excitement from the fans as she arrived at the State House at the end of the parade. 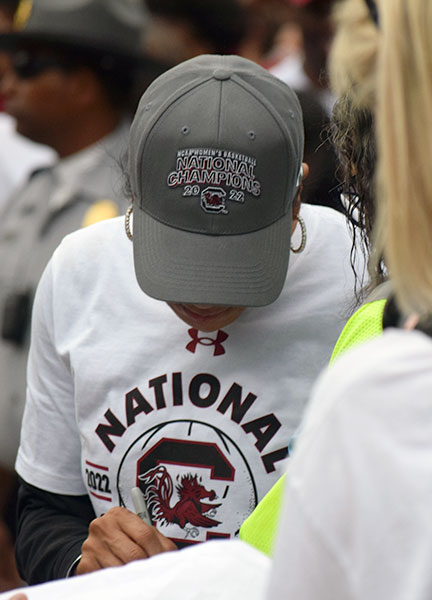 Dawn Staley stopped to sign an autograph for a fan outside of the State House. 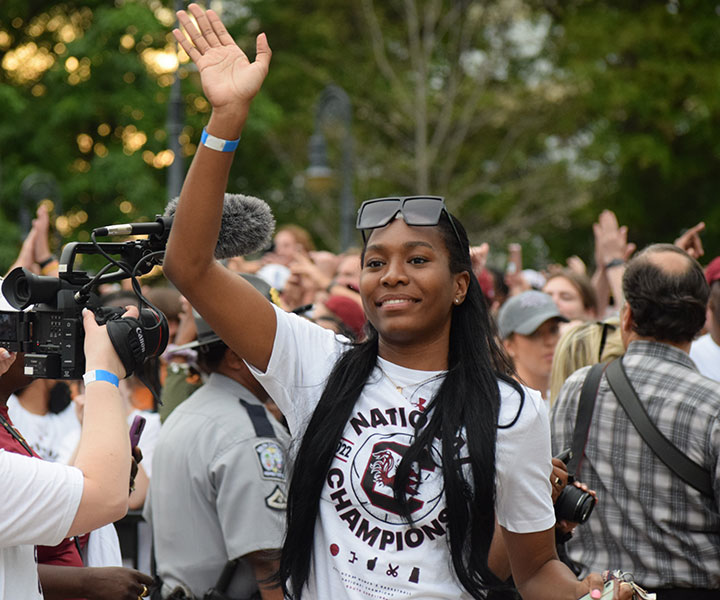 Guard Bree Hall greeted the fans as she arrived at the State House after the parade.