Carr was a communications major and a member of  S.C. State’s dance team, the Champagne Dancers.

The details of Carr’s death have not been released.

Amya was a senior majoring in communications and a member of SC State’s dance team, the Champagne Dancers.

Services and a campus remembrance are to be announced. pic.twitter.com/nOXYzkosOx

Carr’s death is the third reported student death this year at S.C. State. Student Shemyia Riliey and alumna Zeleria Simpson died in a car crash that left three others injured in February. The university held a prayer vigil for the fallen students and is currently planning services for Carr.

Today at 5:30 p.m. SC State University will host a Prayer Vigil and Ballon Release in memory of Zeleria Simpson and Shemyia Riley on the Student Center Plaza. pic.twitter.com/ajFAXSW16z 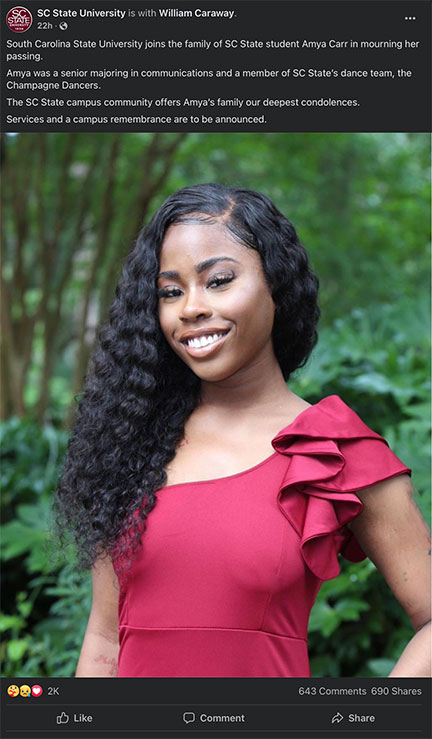 The university expressed condolences and shared plans for future memorials.