Cleanup under way after tornadoes touch down in Midlands 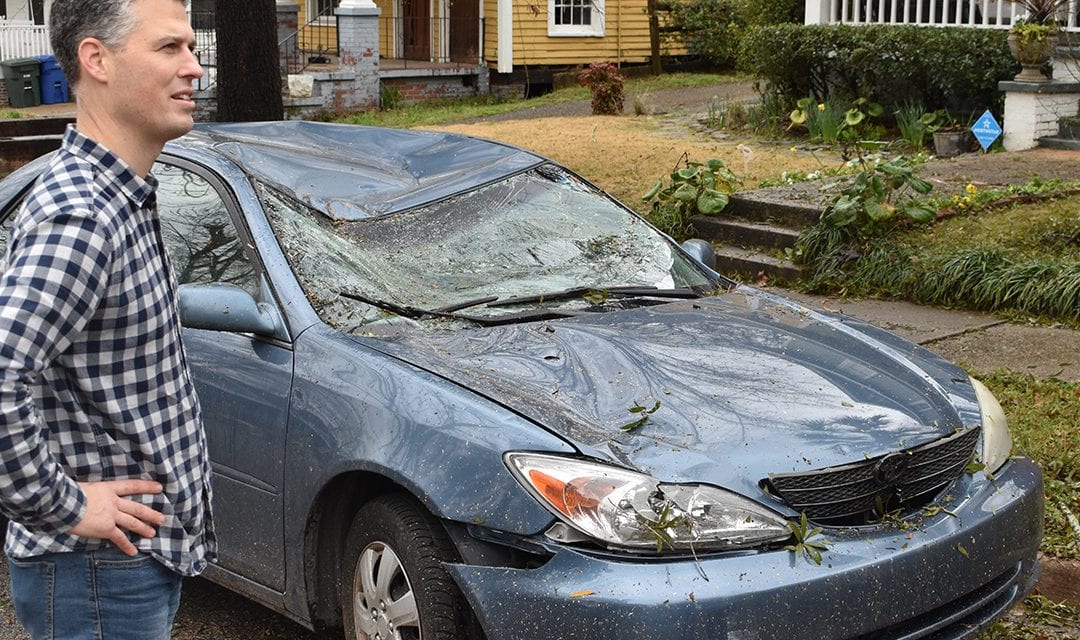 Ryan Keck cleans out his sister-in-laws’ Toyota on Lincoln Street in Columbia after a tornado caused a tree to fall on it.

State emergency officials toured areas of the Midlands Monday after  three tornadoes touched down Sunday night, causing heavy damage and power outages. The damage came after a deadly storm system ripped through the Southeast, leaving at least 23 dead in Alabama.

“Some of our regional emergency managers are out with county emergency managers doing some initial damage assessment just to see what kind of damage occurred last night,” said Kim McLeod, a public information coordinator for South Carolina Emergency Management Division. McLeod said that there has been damage to local businesses and homes.

A tornado warning was issued for Columbia Sunday night. According McLeod, the National Weather Service confirmed three tornadoes hit on Sunday, two in Richland and one in Lexington. A fourth was confirmed late Monday.

Columbia resident Ryan Keck was notified of a tree crashing through his sister-in-law’s car Sunday night as a result of the windy weather. The car, located on the 2400 block of Lincoln Street, is completely totaled.

“It’s very unfortunate. It didn’t feel that windy at our place but I guess some spots around town it was,” said Keck. “I’m glad no one was in the car. It’s just a car and everyone is safe.”

SCE&G recorded a high of 67 power outages Sunday. That number has now decreased to 36.

According to the South Carolina State Climatology office, South Carolina averages 14.6 tornadoes per year. Yet those numbers have increased between 2000-2017 with the Palmetto State averaging 23.2 per year.

During the spring time, tornadoes are caused from active cold fronts.

McLeod is expecting more severe weather this spring and suggests that people refer to the South Carolina Emergency Management Division website and mobile app to learn more about how to stay safe during tornadoes and other severe weather. 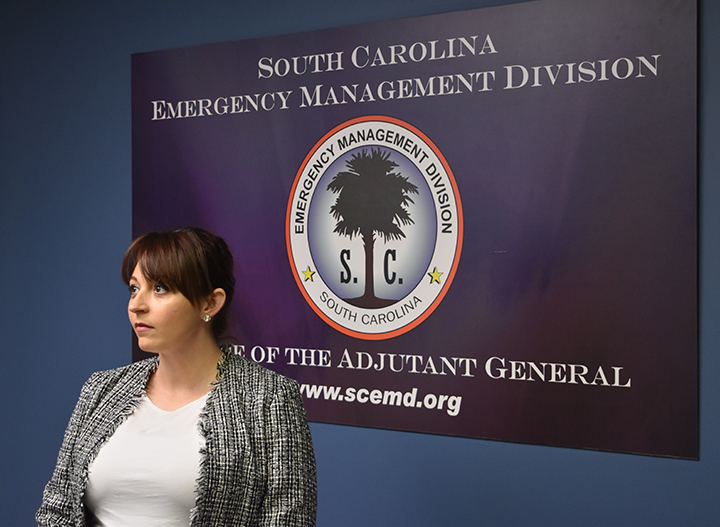