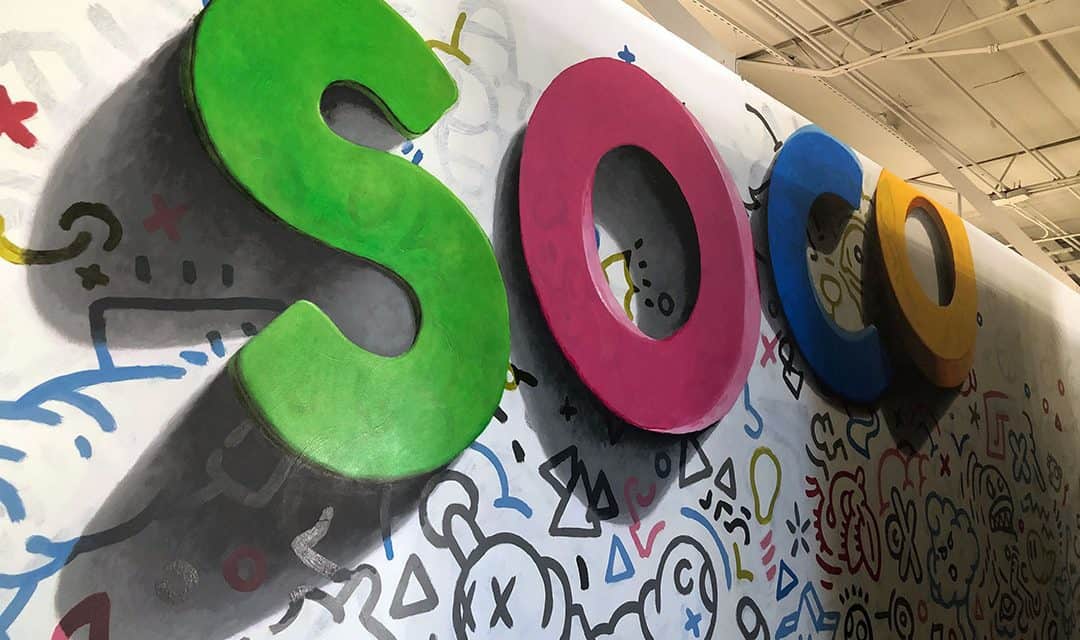 SOCO 80808 is a coworking space for local businesses and entrepreneurs located at 808 Lady St. in downtown Columbia.

Leaders from the 1 Million Cups initiative and Columbia’s coworking space SOCO 80808 joined together Wednesday to promote entrepreneurship throughout the community over cups of joe from the locally-owned Indah Coffee Co.

The local entrepreneurs involved in 1 Million Cuts took a field trip from their usual meeting spot at the Richland County Library to the 10,600 square foot co-working space SOCO 80808 in the Vista.

SOCO cofounder Greg Hilton has been a part of the 1 Million Cups Community since 2014. At this week’s meeting, Hilton presented his entrepreneurship ideas to a room of people where half raised their hands when asked if they were currently building a company, reminding those gathered why the cowering space was inaugurated in the capital city.

“We were frustrated with the city that we lived in and loved and one of the reasons we were most frustrated is a lot of the folks that we called our peers, that we respected, that were in the entrepreneurial space, the creative space, seemed to always leave,” Hilton said. “Does that ring a bell for anyone?”

Hilton said he found it disheartening to hear of local entrepreneurs leaving Columbia to move to a larger city and wanted to tackle that problem.

“That was the birth of SOCO,” Hilton said. “We wanted to create a place, and build a community around that place where super talented people — weirdos, nerds, dreamers — could come together and feel like they had a place to call home. They could stay here and contribute to the economy and the community.”

The SOCO work space includes offices, private collaboration rooms, open seating areas, and a creation studio. Workshops, learning opportunities, high speed internet, as well as a happy hour for office members to get together and socialize are all part of the SOCO community.

Hilton wants SOCO to be a safe and supportive space that puts the community first and support local business.

“Buy local,” Hilton said. “We have all these home-grown companies that have ambitions to take over the world, but when they can’t even get customers in their own community… guess what? They either leave or, hey, go away.”

As a tactical tip to support local businesses, Hilton encouraged the crowd to commit to spending some of their Christmas budget money buying locally.

SOCO also strives to be as diverse and inclusive as possible, with more than 50 percent of the SOCO community being female.

Lynn Luc, SOCO’s community and sales manager, has been with the company since the start.

“Most of the offices, I would say right now, there’s probably a woman team member in it and it’s been really nice, because I think before, in the advertising world too, it sometimes can be male driven-sales, specially. ” Luc said. “But here, because there’s so many different businesses, you can actually learn a lot from everyone.”

More information on tours and memberships are available at soco-work.com. 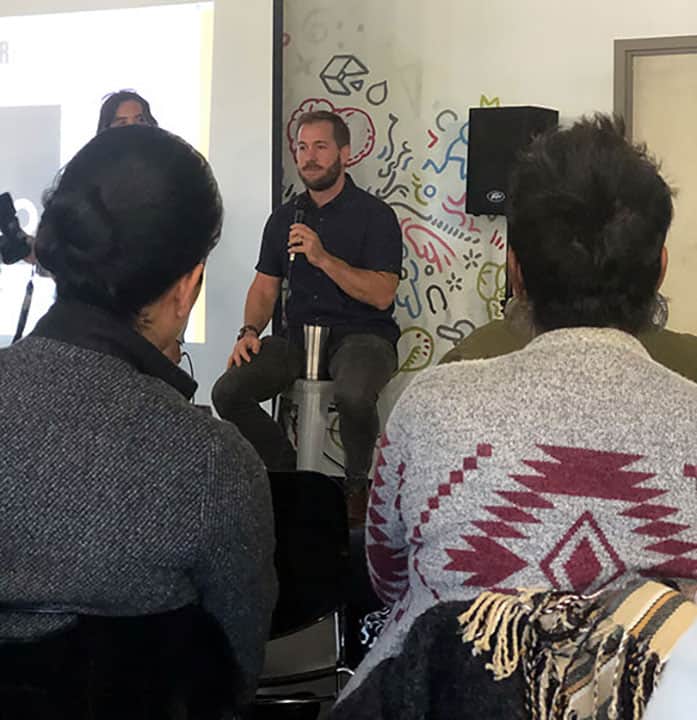 Cofounder of SOCO Greg Hilton speaks to a crowd of entrepreneurs at the weekly 1 Million Cups meeting. 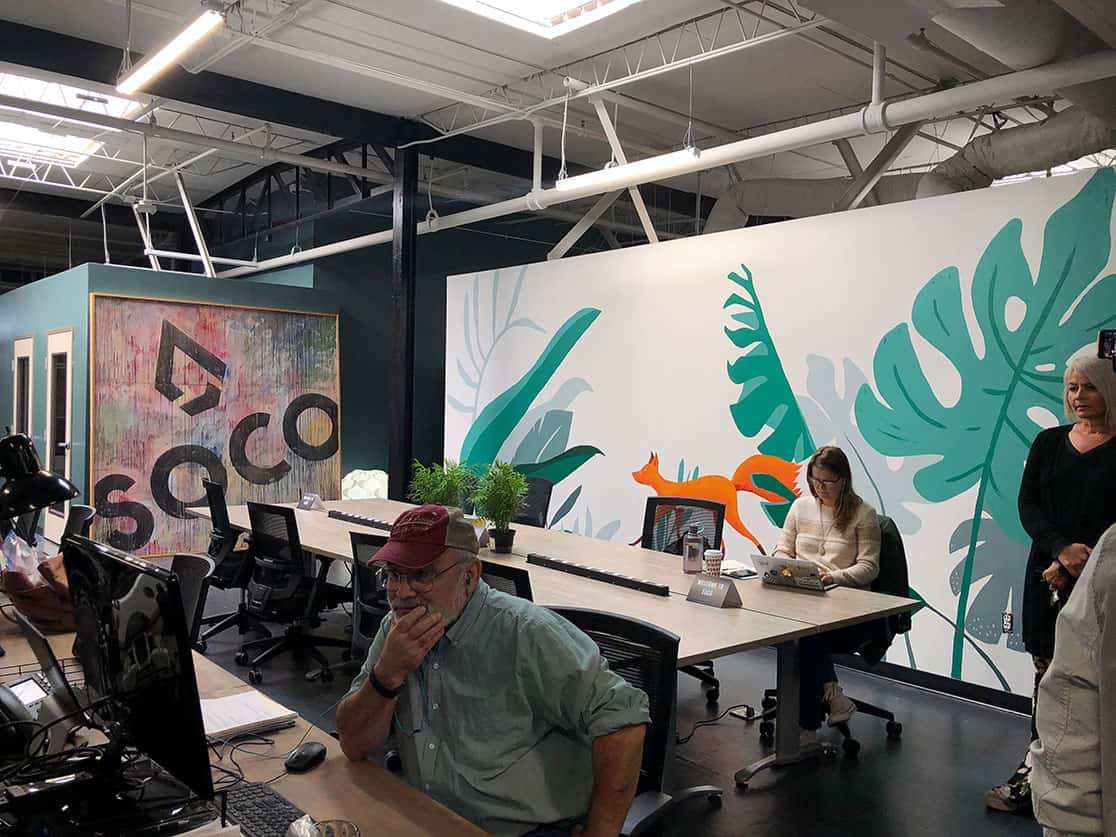 The murals throughout the workspace were painted by local artists. 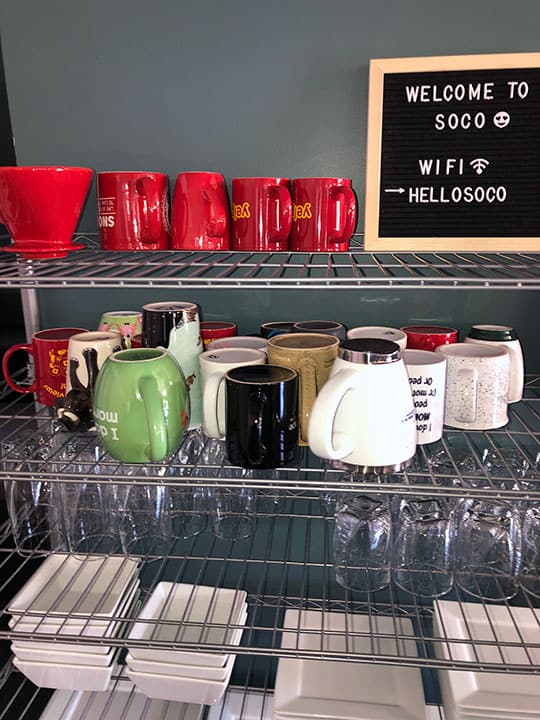