College for All: How Sanders’ plan might affect some public and private schools 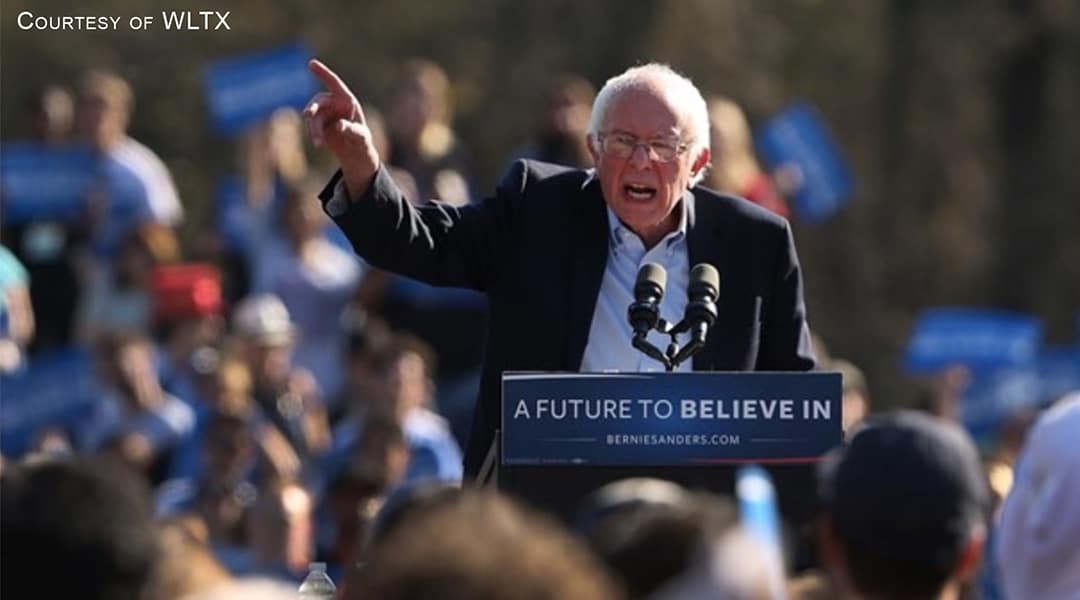 Democratic Presidential Candidate Bernie Sanders is promising free public college and to eliminate all student debt if he gets elected in November.

According to the office of Federal Student Aid, one in six Americans hold a piece of the $1.6 trillion of outstanding student debt.

Eliminating debt and providing free options for higher education would help millions of Americans, but its ultimate effect on public and private universities in South Carolina remains to be seen.

If free public college was enacted under Sanders’s presidency, some fear the long-term safety of private schools – particularly  those in small, rural areas.

But Presbyterian College president Bob Staton believes the private college in Clinton, South Carolina, with just over 1,000 students, would adapt and survive.

“You’ve got to stay true to who you are as a school, to your values, but you’ve got to adapt in terms of how you teach, how you interact with students,” Staton said. “We need to be sure that we can get your feet on the ground and get you going in the right direction to get a degree.”

Chase Meyer, a visiting instructor at the University of South Carolina who researches campaigns and political ideologies, said it’s impossible to know how things would change at a public university like UofSC, a public university with enrollment of more than 30,000 students.

For him, “The big questions is, what are the odds it would be implemented?”

According to berniesanders.com, Sanders’s College for All plan would cost $48 billion per year while cancelling the $1.6 trillion of outstanding student debt. The plan has been criticized by many who argue that the candidate has not adequately outlined exactly how his plan would be funded.

“What Bernie Sanders wants, he likely would not get that,” Meyer said. “It’s just the simple reality of governing. Congress will always muck it up whatever you want to do.”

“Changes will be made to it, and you’re going to have to compromise to at least get something out of it.”

Sanders’s College for All plan could face an uphill climb. A candidate needs 1,991 delegates to win the Democratic presidential nomination. According to the Associated Press, former Vice President Joe Biden leads the race with 1,215 pledged delegates currently, while Sanders trails with 910. 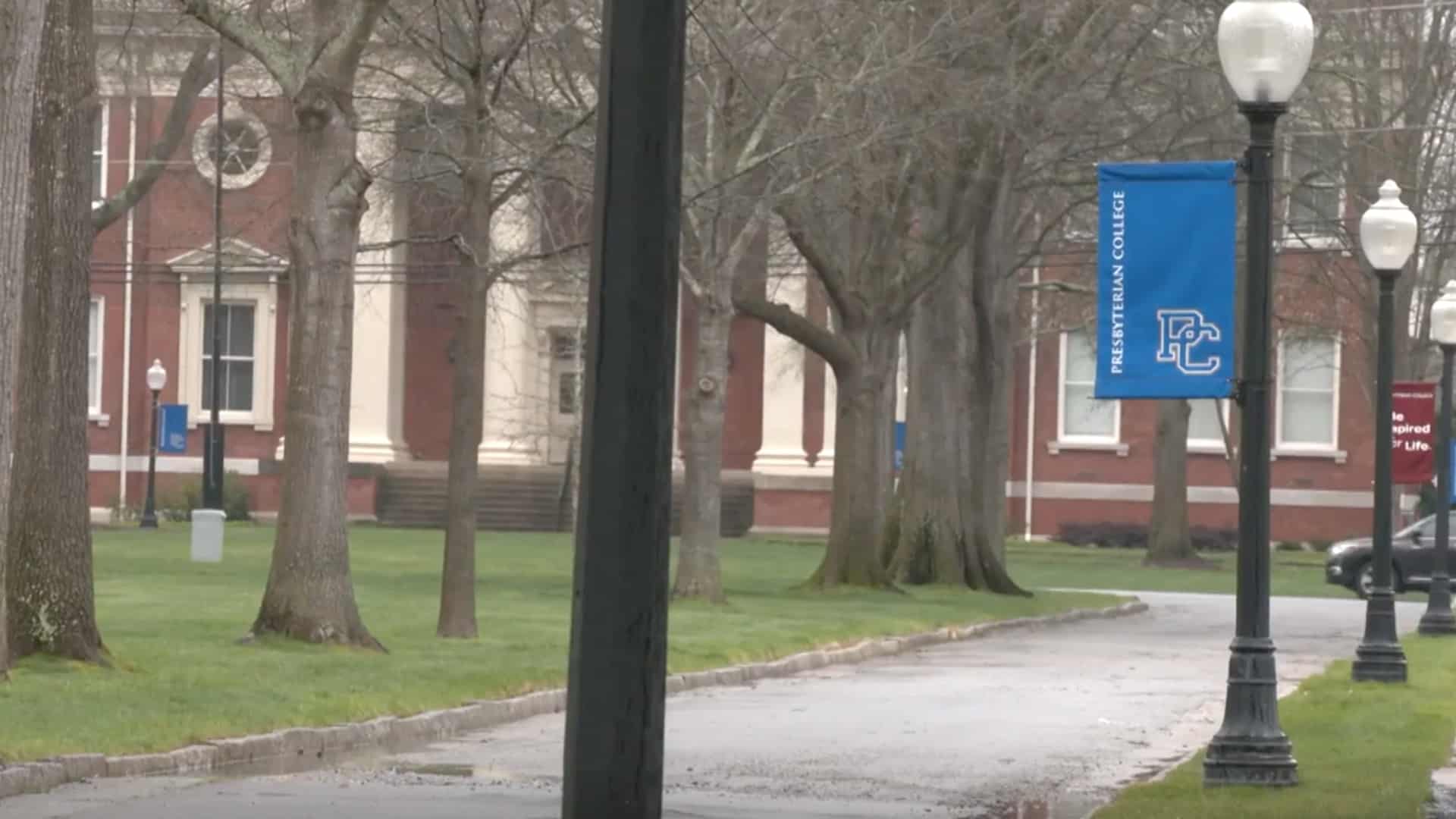 Presbyterian College is a private college with just over 1,000 students. 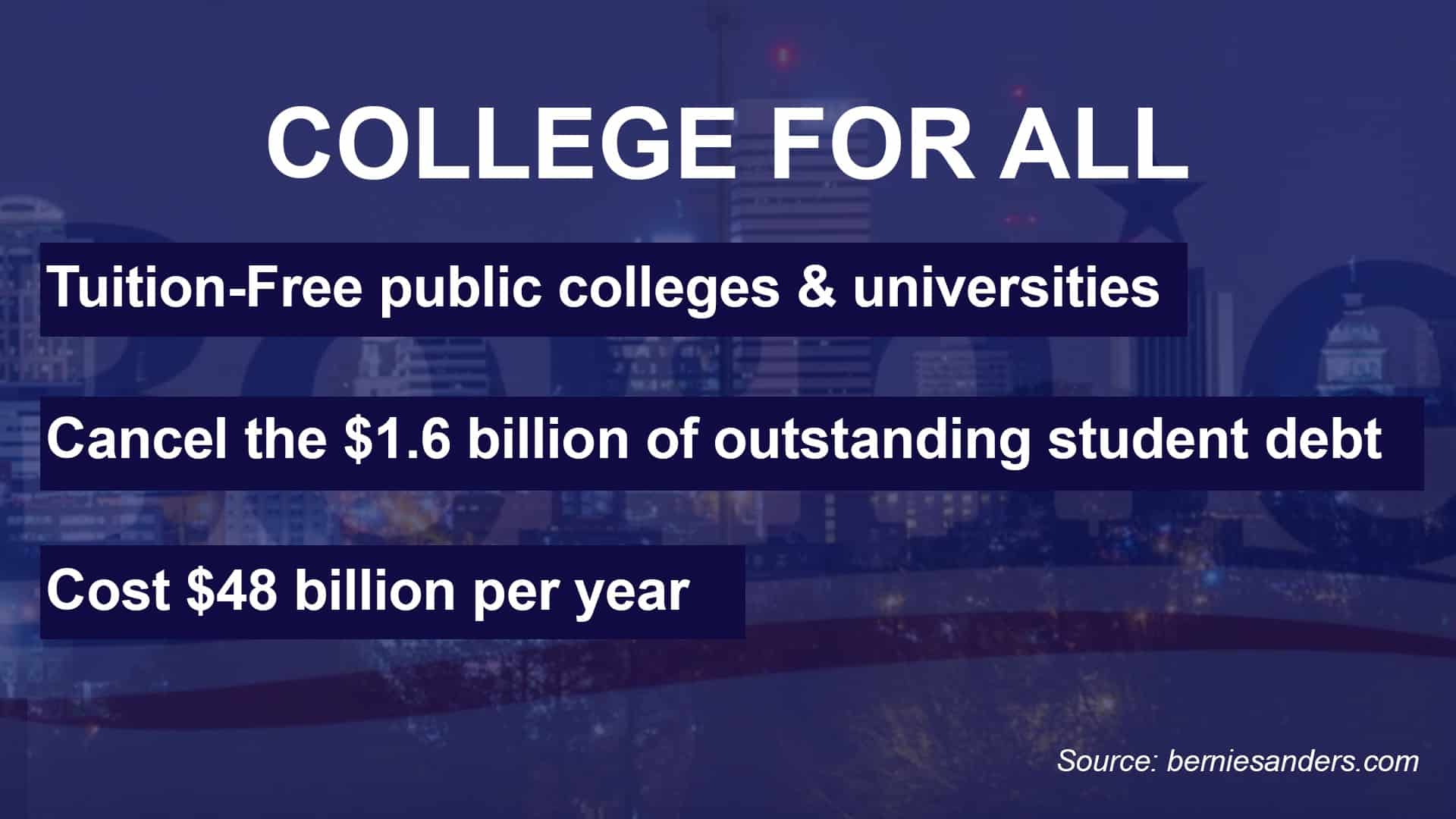 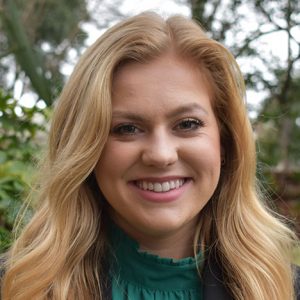 Emma Milner is a multimedia journalist from Laurens, South Carolina. She has worked as the executive producer of Capital City Sports and as the social media coordinator of the Carolina Coquettes Dance Team. In the summer of 2019, she became the sideline reporter for the High Point-Thomasville HiToms and found her passion for sports journalism. Upon graduation, Milner hopes to work for a team as a digital sideline reporter. When she’s not running around a stadium, Milner enjoys walking her dog and cooking with her friends and family.