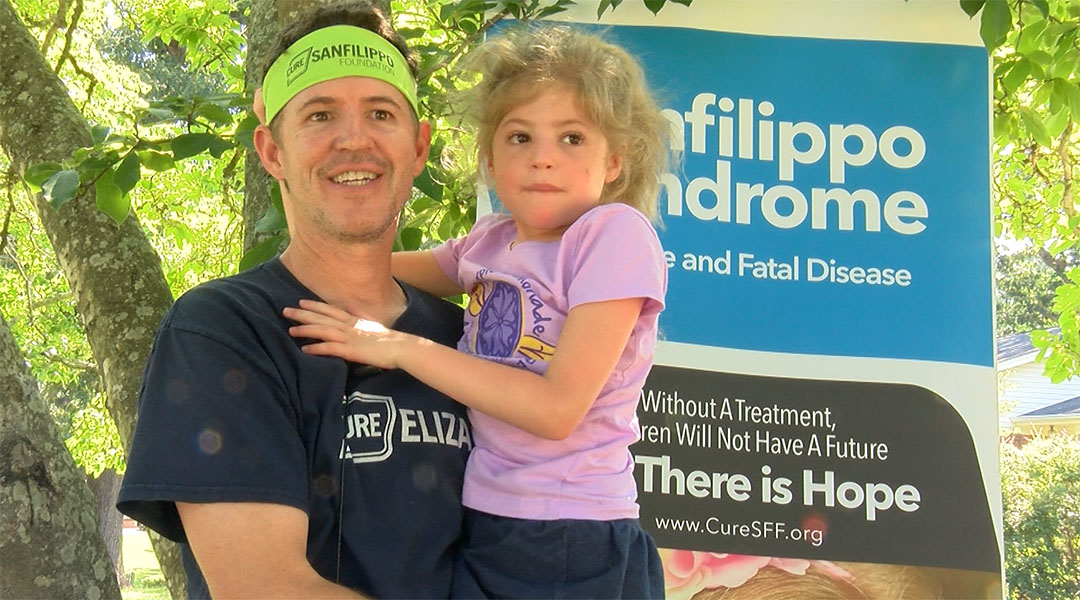 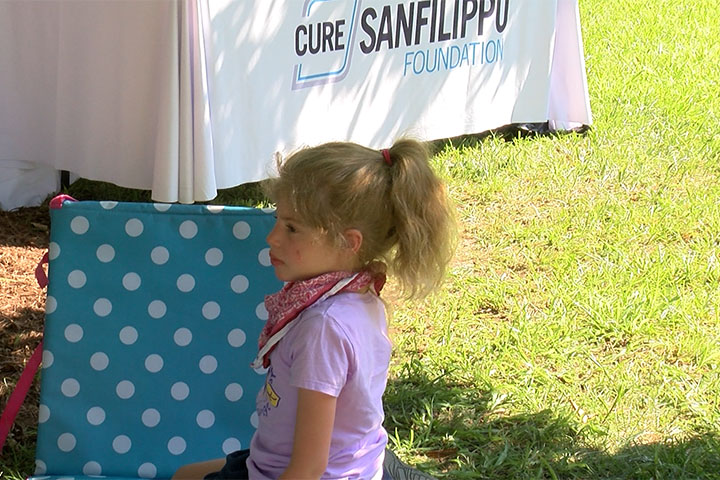 Sanfilippo Syndrome patient Eliza O’Neill sits outside at her family’s home for the annual Sale to Save yard sale. 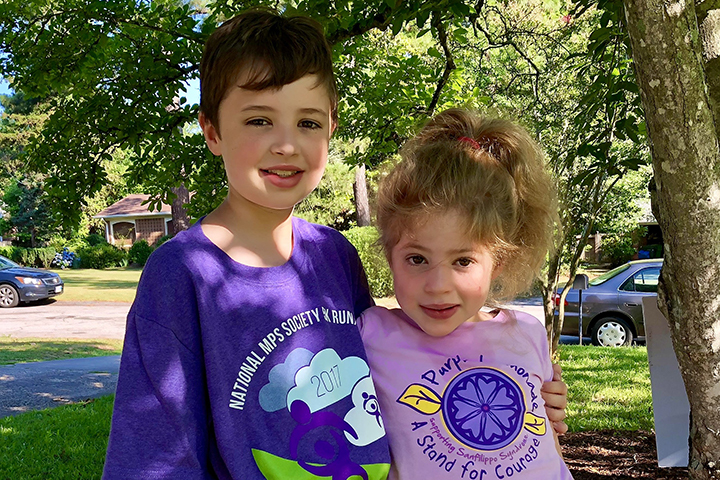 Eliza and her brother Beckham O’Neill spend time outside at the Sale to Save yard sale on Saturday. Beckham’s lemonade stand raised $74. 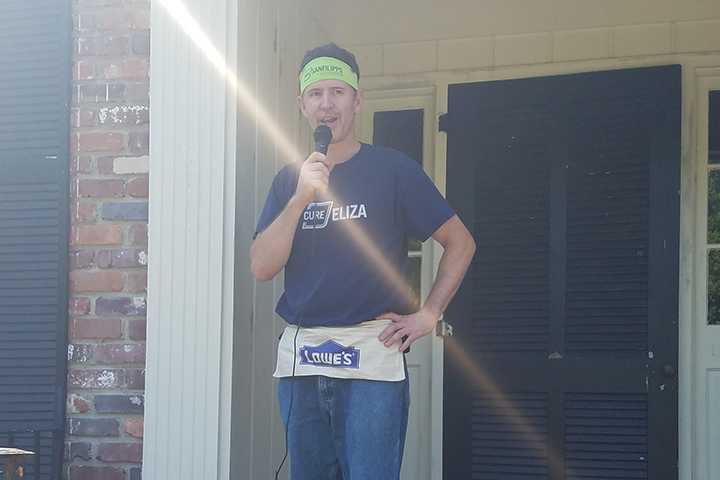 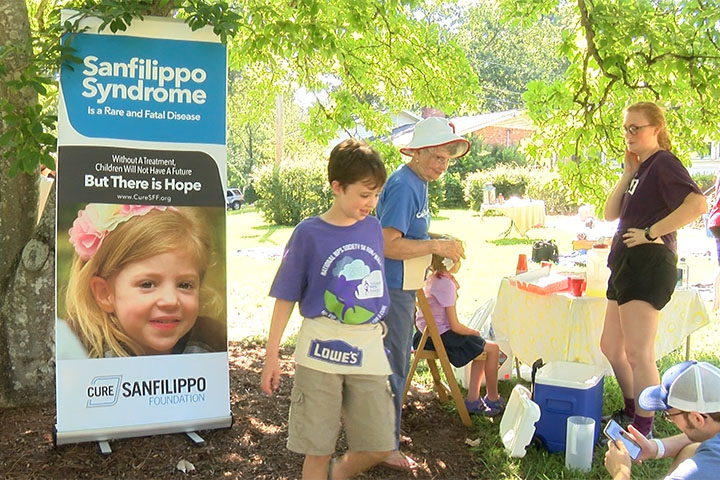 Eliza’s brother Beckham O’Neill walks around the yard sale and sells lemonade to those who attend.

Glenn and Cara O’Neill always wanted a daughter and got one when Eliza was born eight years ago. When Eliza was 3, the O’Neill’s learned that their daughter had a neuro-degenerative disease called Sanfilippo Syndrome.

“Your child basically fades away before your eyes without a treatment,” said Glenn O’Neill.

Sanfilippo Syndrome – often called “childhood Alzheimer’s” – causes children to lose skills they have already acquired, such as the ability to speak, feed themselves and use the toilet. There is no approved treatment, no cure, and those diagnosed with the disease typically do not live past their early teenage years.

Glenn O’Neill is president of the Cure Sanfilippo Foundation. According to the foundation’s website, one out of every 70,000 children is born with the disease.

The O’Neill’s are one of many families around the world who have had to adjust their lives to care for their terminally ill children, and they held a yard sale Saturday, June 16 called “Sale to Save” to raise money for the Cure Sanfilippo Foundation. The foundation funds research to find a cure and treatments for Sanfilippo Syndrome patients.

“We’re out to fund research so that these kids can get into clinical trials and have a chance at life,” said O’Neill.

Eliza is now 8 and a half years old. She lost her ability to speak shortly after she was diagnosed five years ago.

“We know what the disease prognosis is for these kids, and it’s very, very bad,” O’Neill said, “It’s usualy death in the teens preceded by severe disability and intense suffering. “

Although Eliza is facing the rare, terminal disease, her parents do not feel alone and are quick to express their gratitude to everyone who helps and supports them in their fight to treat and cure Sanfilippo Syndrome.

Glenn has said that watching his daughter suffer through the disease opened his eyes to the world and the things in life “that really matter,” adding they try to stay positive and keep moving forward.

The couple believes their efforts to fund research and clinical trials will make a difference and save the lives of other children born with the disease and hopes  parents of other children with Sanfilippo Syndrome can avoid the same ordeal.

“What parent wouldn’t want their child to have the best quality of life for the longest possible life?” said O’Neill.

The Sale to Save yard sale at the O’Neill’s home raised $1251.25. The Cure Sanfilippo Foundation has raised $5.5 million over the past four years, funded 17 research grants around the world, and helped start two clinical trials that are currently treating Sanfilippo Syndrome patients.

To donate to the Cure Sanfilippo Foundation, visit https://curesff.org