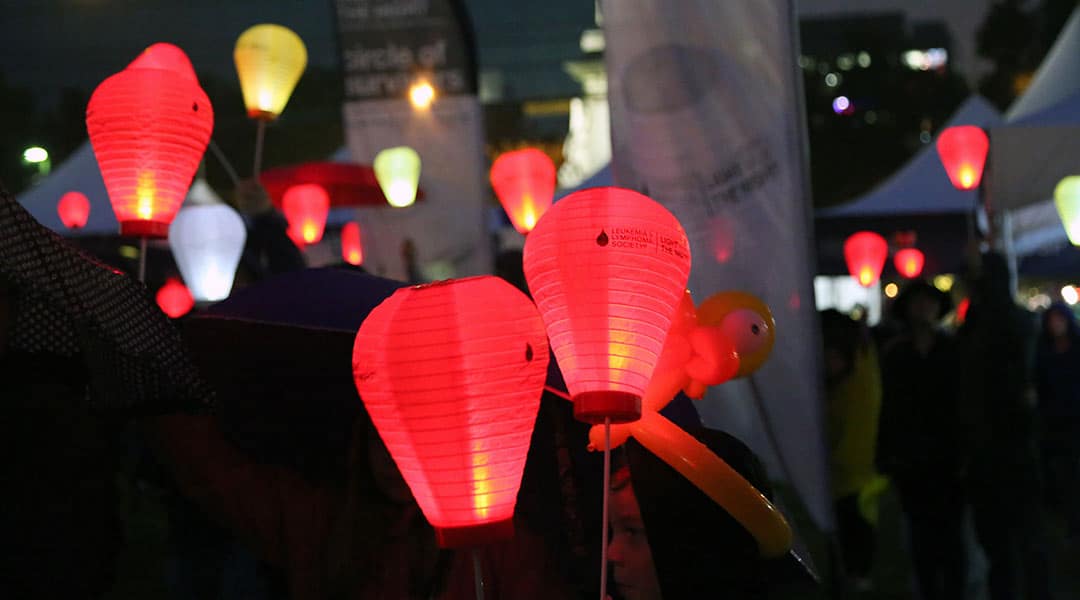 BY MIAH NOWICKI and ELLE JOHNSON

Catherine Tucker was diagnosed with leukemia in 2014 and went through multiple rounds of radiation and chemotherapy. On Tuesday, Catherine, now 7 and cancer-free, was hailed as a success story as people gathered at the Statehouse for the annual Light the Night event sponsored by the Leukemia and Lymphoma Society.

“Without groups like the Leukemia and Lymphoma Society, we would not be able to benefit from some of these great prescriptions and programs that they produce to help us get through this,” said Catherine’s father Dustin.

Sam Bleiweis, the MC at Light the Night, said that the Leukemia and Lymphoma Society (LLS) is leading towards cures for all cancers, not just leukemia and lymphoma.

“Katherine’s story is one of so many here at this event. People come to Light the Night to share their stories of challenge, determination, courage and, of course, heartbreak,” said Bleiweis.

Blood cancers make up 10% of cancers in the United States, according to the Leukemia and Lymphoma Society. The LLS funded 60% of all blood cancer drugs approved by the FDA.

“By raising these funds at this event, you are funding LLS’s research and programs to help not only the 1.3 million patients with blood cancer, but millions more battling other cancers, including bone, prostate, brain, breast and ovarian cancers,” said Bleiweis.

Motes was raising money in honor of her husband Steven Thomas Motes, who lost his battle to leukemia in 2015.

“Steve clearly won the battle with acute myeloid leukemia when the pearly gates of heaven flew open and welcomed him into a better place without pain and suffering,” said Motes. “Even so, we miss him dearly every single day and we try to imagine a world free of blood cancers.”

Light the Night is a nationwide event that has been occurring for 20 years. There are 150 walks in the nation and they continue to grow each year. Columbia, Charleston and Greenville are the three cities that host this event in South Carolina.

Allison Robinson, the senior campaign manager of Light the Night in Columbia, said they raised over $350,000, which all goes towards research for cures.

“We have seen crazy progress nationwide in the last two years. There have been over 50 FDA approvals for blood cancer treatments,” said Robinson. “They used to say that seven FDA approvals in a year was good, but we had over 50 in two years.” 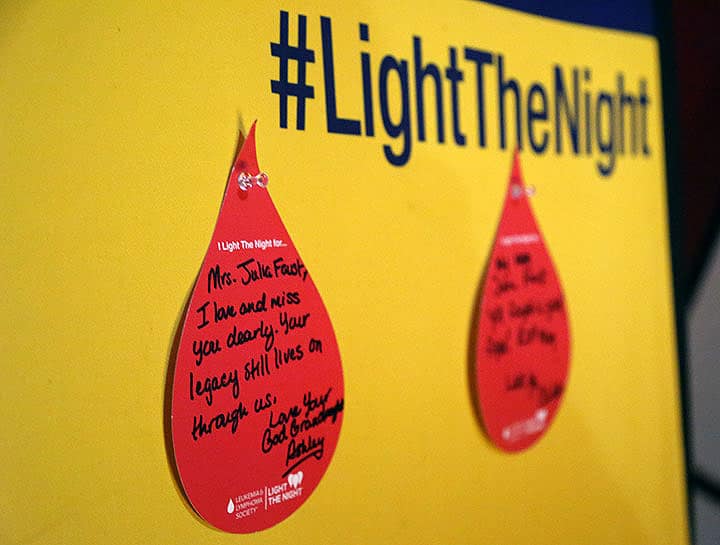 Family and friends left notes for someone they lost to leukemia or lymphoma.

Hundreds of candles were lit inside the Remembrance Pavilion to remember those who have lost their battle to leukemia or lymphoma. 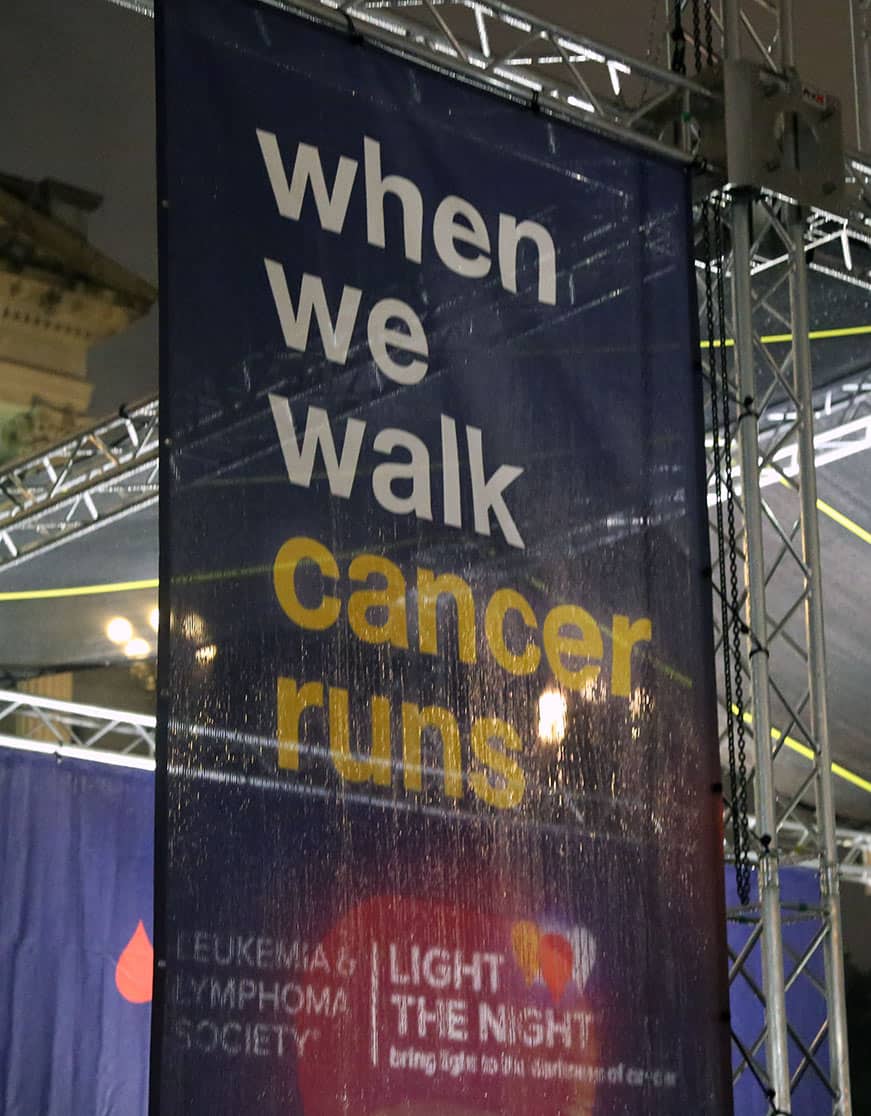 The Leukemia and Lymphoma Society hosted Light the Night Tuesday night at the South Carolina State House. The event raises money for researching a cure for leukemia and lymphoma. 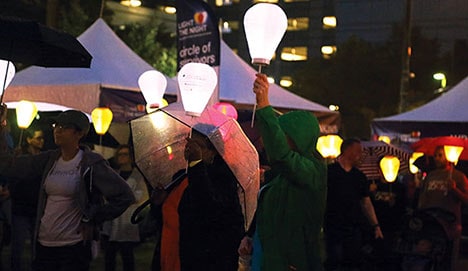 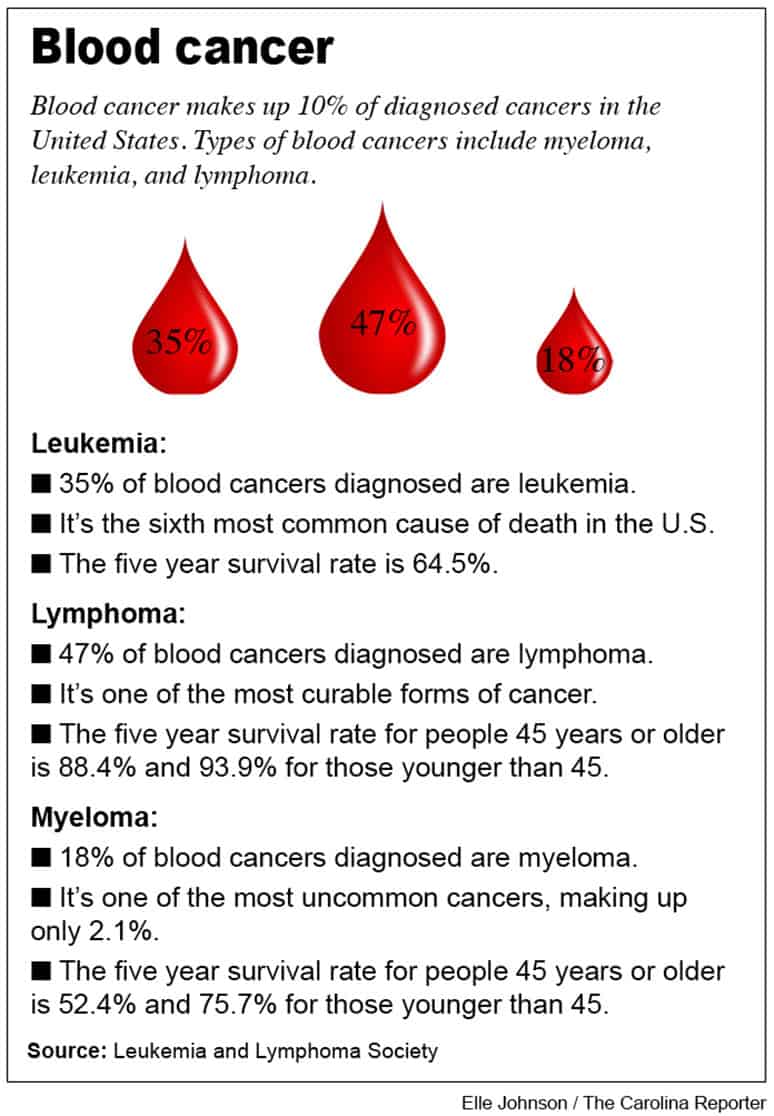