Columbia musician shows that passion doesn’t have a price tag 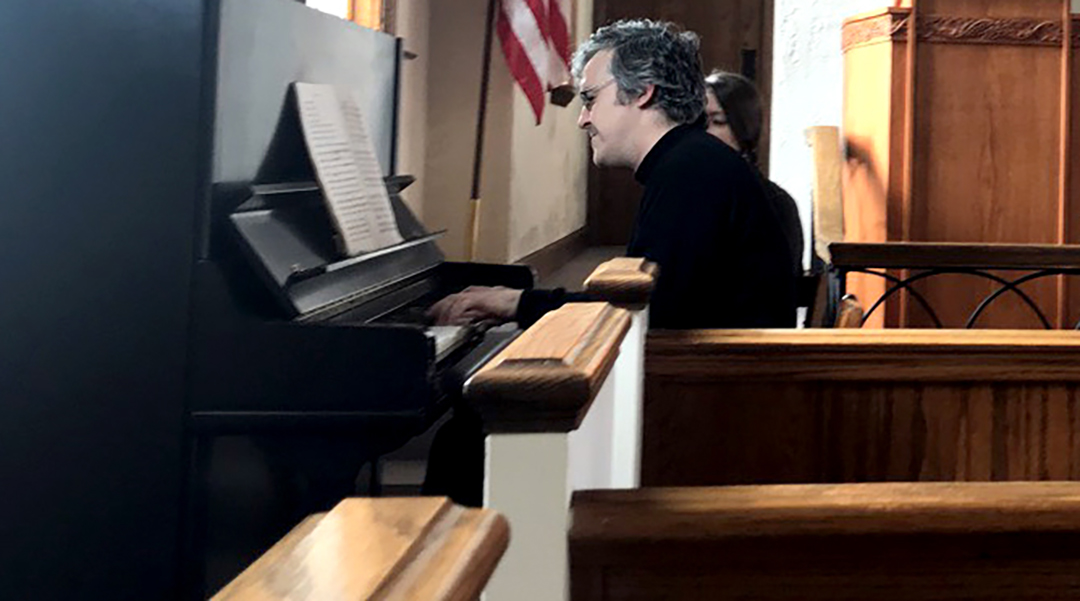 Columbia musician, Matthew Ganong, lets the emotion flow out of the piano as he plays one of Johann Sebastian Bach’s fugal works. 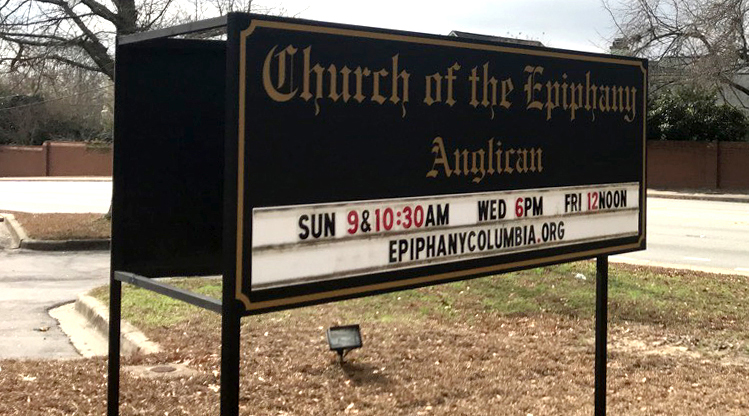 Ganong serves as the organist and choirmaster at Church of the Epiphany in Northeastern Columbia, a commonly shared role in the Anglican community. 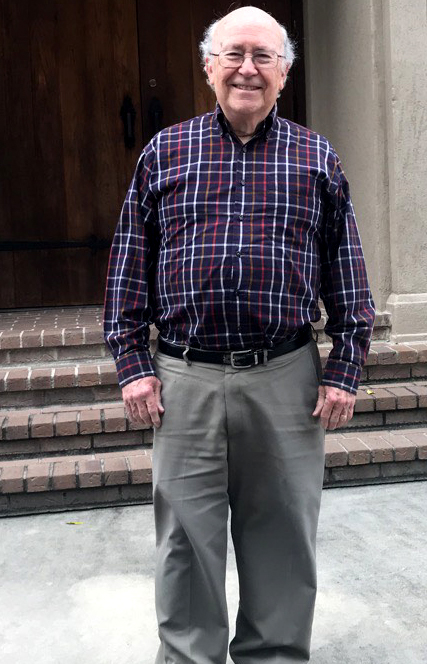 Tony Ganong does his best to attend all of his son’s performances, but particularly enjoys his weekly performances at Epiphany Cathedral. 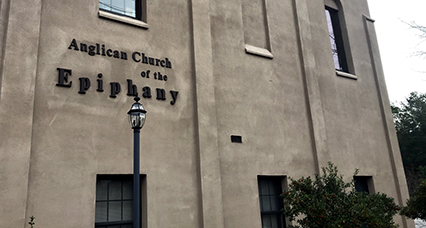 The Anglican Church of the Epiphany is tucked away on a corner of N. Beltline Blvd. in Columbia, but that doesn’t stop regulars from attending Ganong’s recitals. 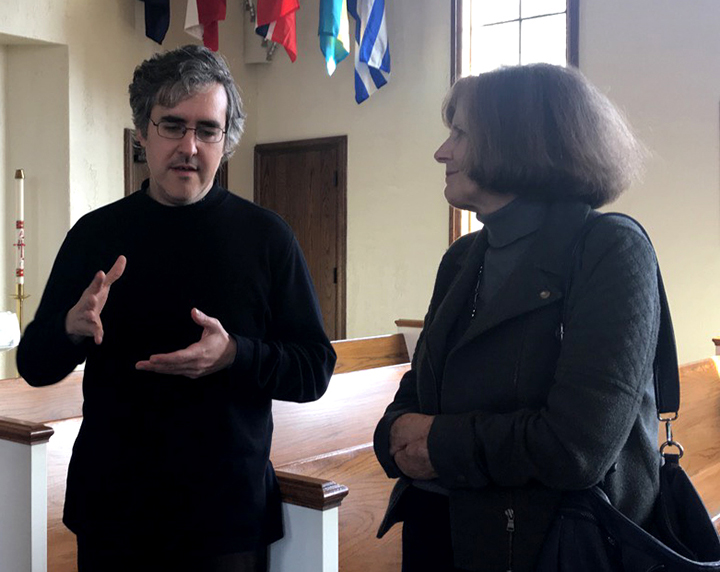 Ganong appreciates the people who take the time to attend his shows, and always makes himself available afterwards to talk about the music. 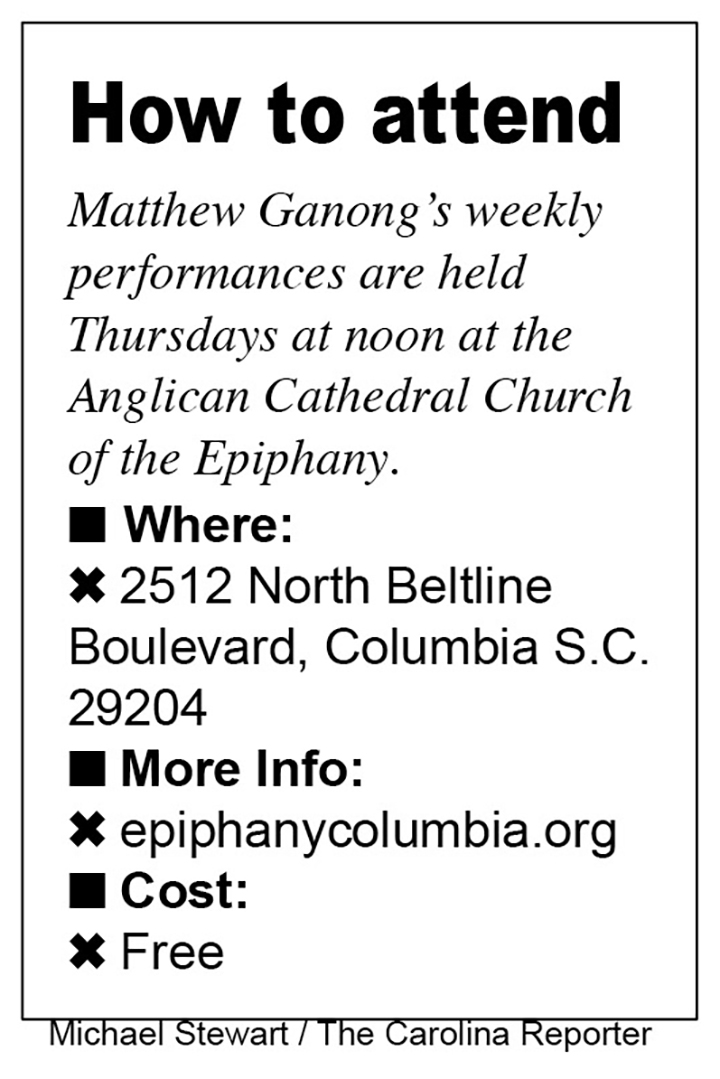 With a few simple strikes of a piano’s keys, Matthew Ganong can send any room into a soothing trance.

Every Thursday at noon, Ganong gives a free concert at Church of the Epiphany, an Anglican Catholic cathedral, where he also serves as the organist and choirmaster.  The experience is equal parts relaxing massage and demonstrative musical theatre.

“I just really like to get into the music,” said Ganong. “It’s good to get into it and feel like a conductor, and the piano is the most orchestral instrument.”

Ganong is going into his third year giving free performances at Church of the Epiphany, and he rarely misses a week. The music varies from the Renaissance period to the 20th century and some of Ganong’s own compositions.

Ganong began taking piano lessons at the age of seven and eventually began studying under John Williams at the USC School of Music, from his seventh grade year through high school.  Tony Ganong, Matthew’s father, remembers how his son’s love of music bled through at all times, even when he was at Dreher High School.

“At his lunch break he’d go into where they had a grand piano and he’d sit there and play while kids would flock around him,” said Tony Ganong. “But it wasn’t like he was solely focused on music. He had a normal social life and played sports.”

After he graduated from Dreher, Ganong attended the Peabody Conservatory in Baltimore, Maryland, where he majored in piano and minored in harpsichord. Following that he moved to Chicago to freelance as a musician.

“I’d do anything and everything in Chicago,” said Ganong. “I was kind of like a musical harlot.”

This led Ganong to return to his roots in S.C. Upon returning Ganong found himself mainly playing alone so he contacted Bishop Paul Hewett, Church of the Epiphany rector, about having the weekly performances. Bishop Hewett readily agreed and the recitals began. Ganong receives no extra compensation for his weekly serenades, but there is an offering plate for those who wish to give. Ganong continues to freelance in the Midlands and has served as a substitute organist for many local churches.

Ganong continually impresses not only the people who come to his recitals, but even his colleagues. Fr. Paul Sterne, the Assistant Priest at Church of the Epiphany, says Matthew is one of the easiest organists to work with.

“I think he’s one of the most talented musicians in Columbia, and he always impresses me,” Fr. Sterne said. “Organists can be difficult and there’s this old joke about the difference between an organist and a terrorist, at least you can negotiate with the terrorist. But Matthew is isn’t like that at all he’s easy to work with.”

Those who attend Ganong’s weekly concerts are treated to a mixture of concert hall worthy music and a small appreciation of the pieces being played. Ganong enjoys pausing at points during his playing to give the audience an interpretation of the selection. This openness with his audience makes Ganong extremely approachable.

“I do have regulars,” Ganong said. “But it is a mixture with new people. I normally have a social hour afterward whether I feel like it or not.”

Those interested in Ganong’s weekly performance at Church of the Epiphany should contact Tony Ganong at ganong@bellsouth.net or look for the ad in the Free Times event calendar.