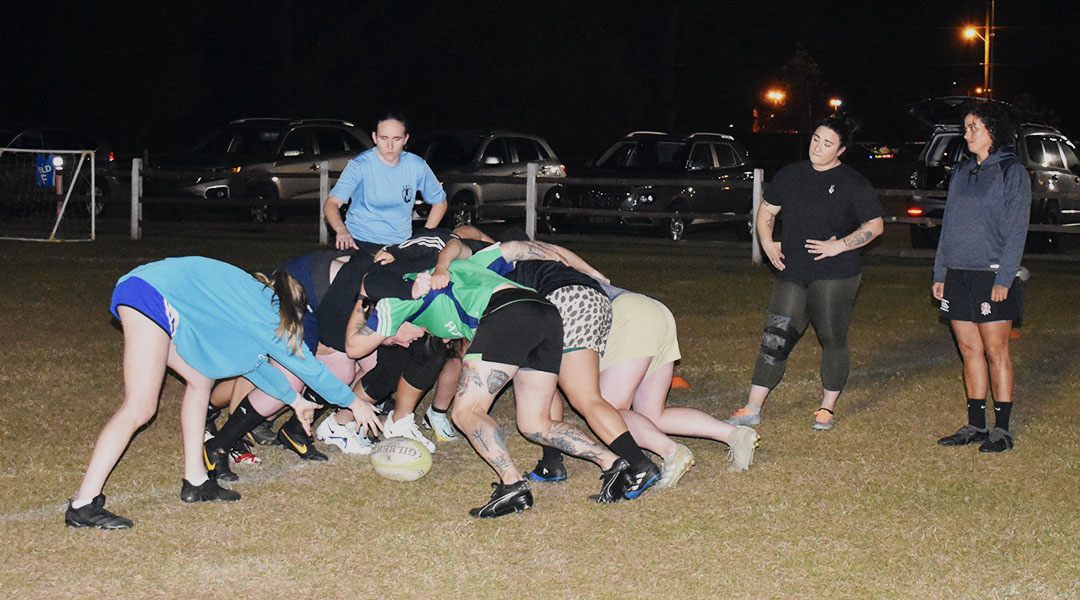 Columbia Rugby is planning to celebrate its 50th year by opening a complex that could give birth to a youth rugby program and that the Columbia Rhinos and the Columbia Bombshells can call home.

Rugby has an issue finding fields not only to compete on but to practice on.

Before COVID-19, Columbia had a high school-age rugby league. Limited field options was one of the biggest issues with keeping the league together.

“It fell apart,” said Matthew Foxworth, a board member of SCORE, South Carolina Outdoor Recreational Experience. “We couldn’t get fields, and everybody was having to travel everywhere.”

A GoFundMe account has been created for Columbia Rugby by SCORE, a nonprofit organization, to raise money for a complex, Foxworth said.

It would be home to more than rugby — other sports will be able to reserve the field space when rugby isn’t using it, Foxworth said.

Not having a home field has made it harder for them to recruit new players, team members said.

“Fighting to recruit, fighting to have a space,” said Sedona Schuehle, vice president of the Bombsehlls. “Just fighting for people to know (about the rugby community).”

The rugby team members see themselves as a community. And they try to be active members of the greater Columbia community. They work closely with the Five Points Association, for example, they said, and volunteer for events local businesses put on, Schuehle said.

They are looking for “way better name recognition and more consistency with people being able to come support (us),” Schuehle said. With a fixed location, she said, more people will come to the matches because fans will know where to go.

“For a while there, we were playing games out in Kershaw, which is kind of a trek for people,” said Sara Fitzgerald, president of the Bombshells.

Allisun Capocci, one of the newest members of the Bombshells, encourages anyone to try rugby.

“Take the leap,” Capocci said. “Don’t even think about it twice.” 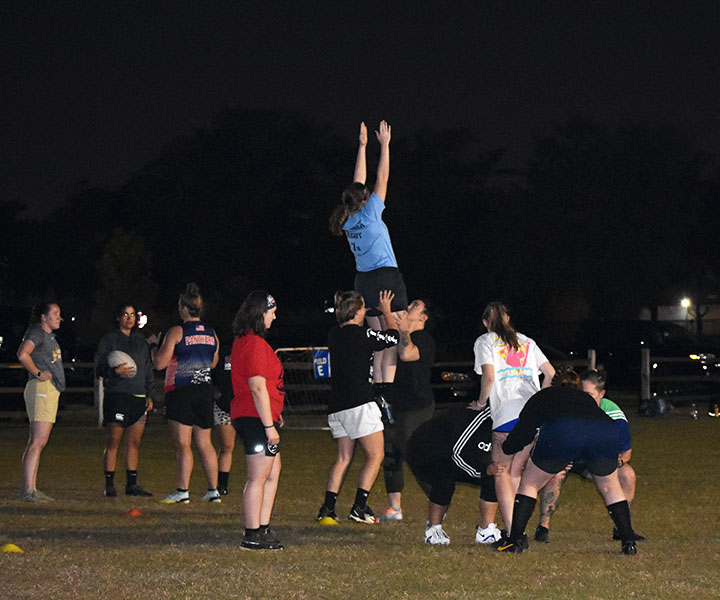 The Columbia Bombshells practice a lift. 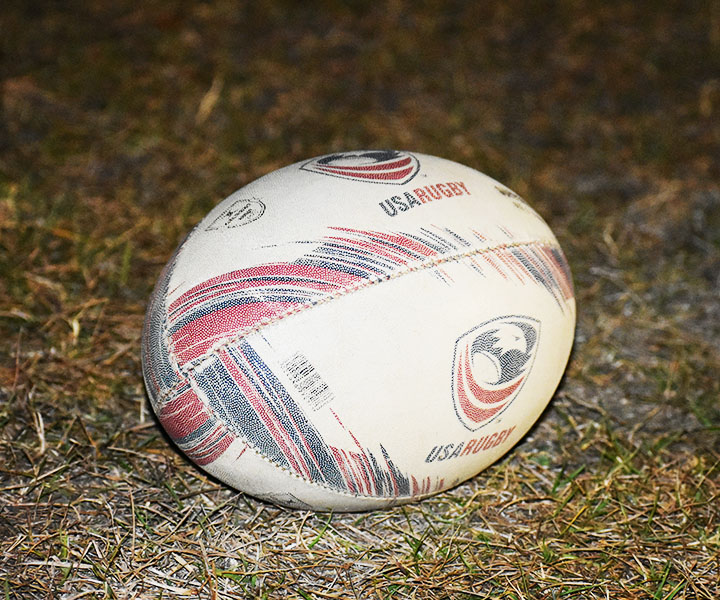 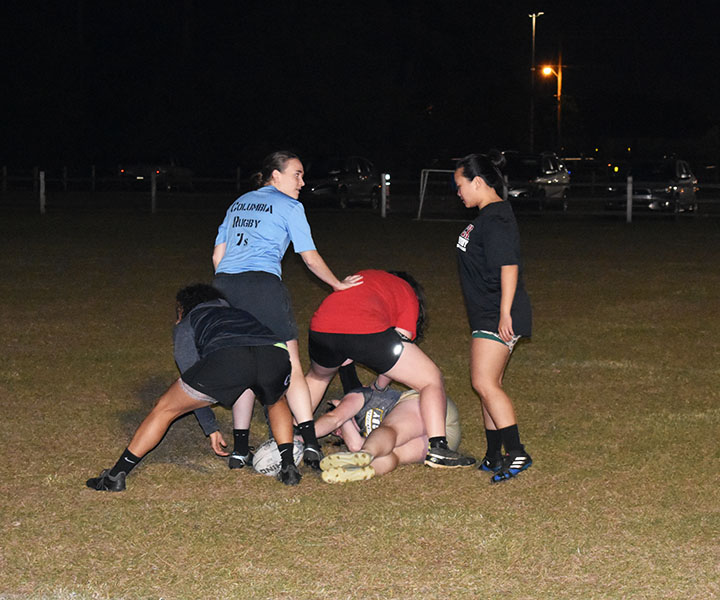 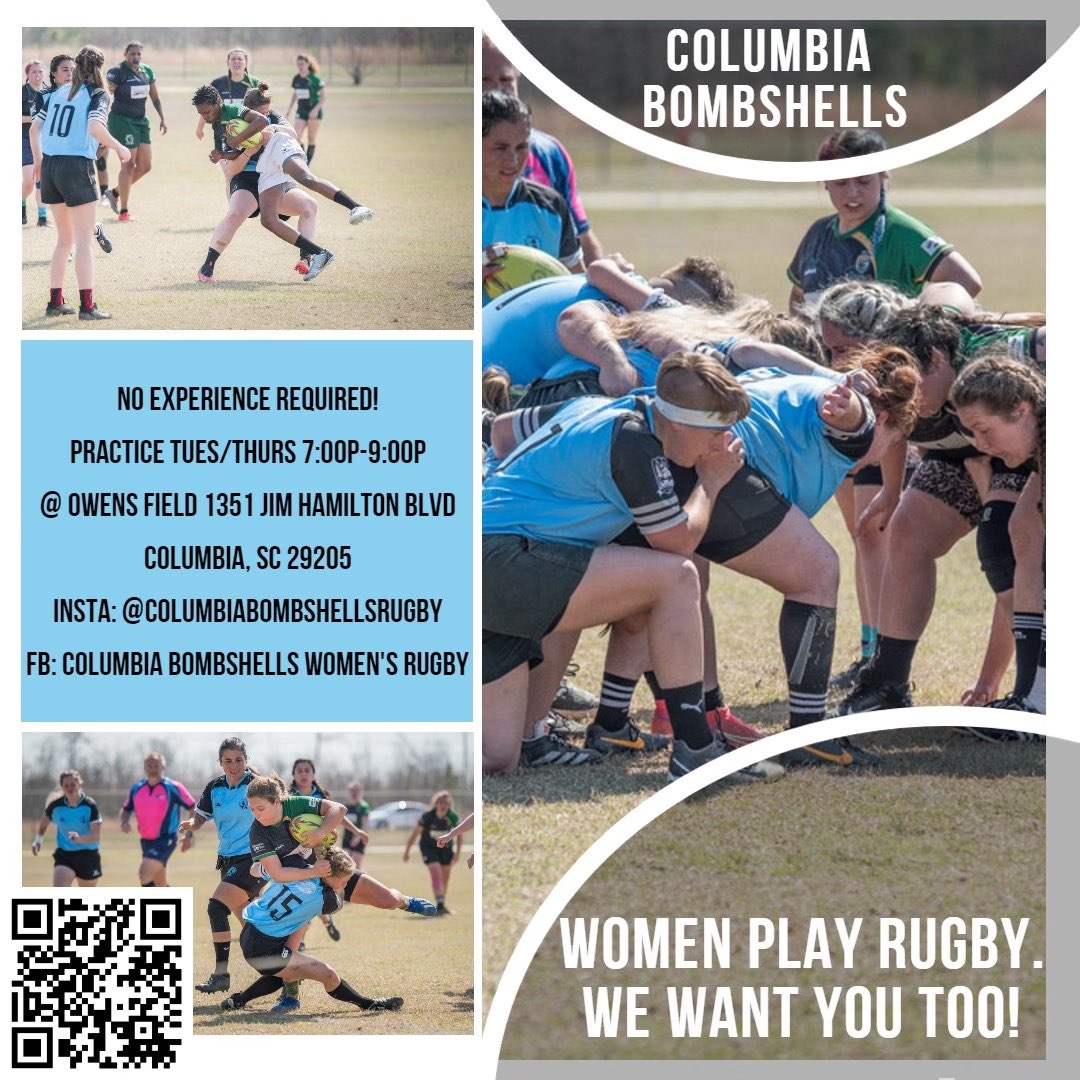 A team flyer (made by Columbia Bombshells) 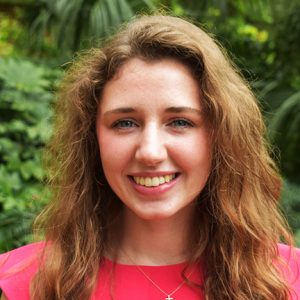