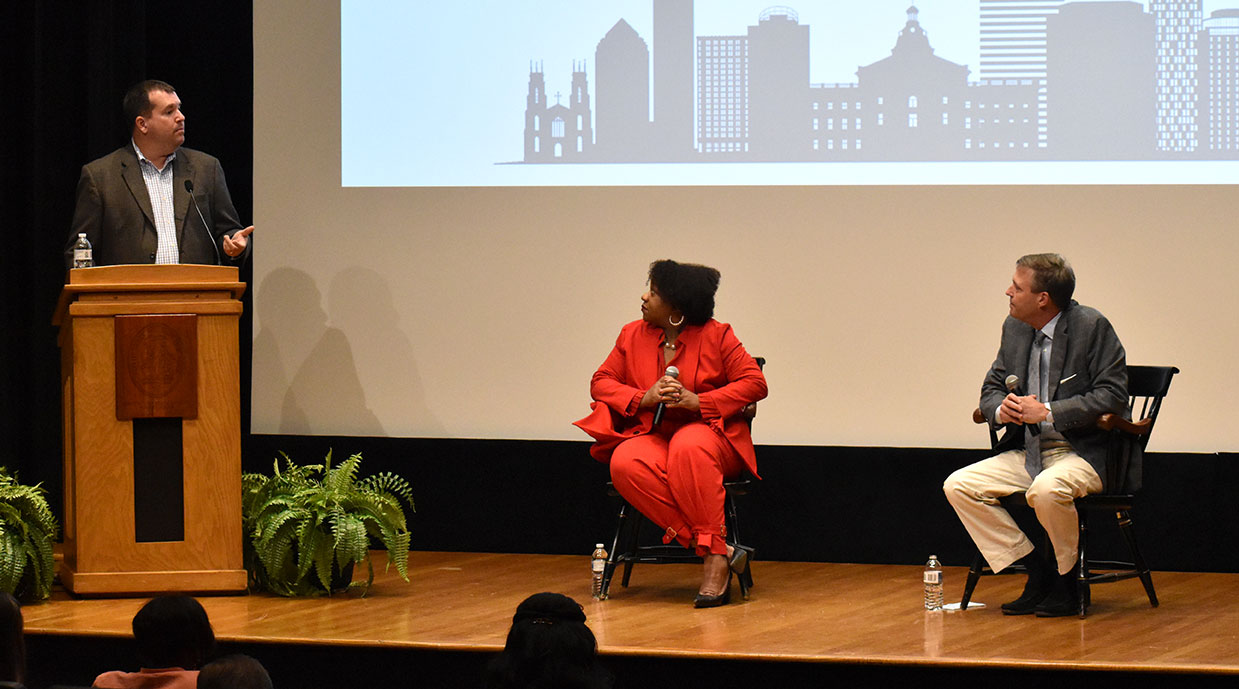 Following the second vote this month, Columbia’s voters have elected City Councilman Daniel Rickenmann as the city’s 37th mayor. Rickenmann will replace Steve Benjamin, who is stepping down after over a decade as mayor.

Rickenmann and Councilwoman Tameika Isaac Devine, his opponent in Tuesday’s runoff, were top vote-getters after a four-way race Nov. 2.

At a victory party Tuesday night, Rickenmann said he was “overwhelmed” by support from all areas of Columbia.

“For me, it is about being the mayor for everybody,” Rickenmann said. “This is about serving the people of Columbia, and that’s what I intend to do.”

Rickenmann’s campaign, focused on small business, public safety and student-city relations, raised more than $400,000 over the course of its nine-month run, the most of any candidate this cycle.

Devine said that her work in the city was not over following her loss.

Inclusion and equity were central issues of Devine’s campaign. Devine is the first African American woman elected to City Council, and would have been Columbia’s first female African-American mayor had she been elected.

The morning of the election was beset with polling problems throughout Richland County. Electronic poll books, used to check in voters, were not working, officials said.

Alexandra Stephens, Richland County’s Director of Voter Registration and Elections, said these issues would not hinder voting. Poll book issues were reported at 12 of the county’s 70-plus precincts.

Both candidates recognized the issues voters were having registering.  Rickenmann held a press conference at 9:30 a.m. to address any concerns. He urged voters to call his campaign and report any voting difficulties they experienced.

“This is the most important election in Columbia, and people should know that the elections are fair and honest and we wanna make sure that happens,” Rickenmann said.

Over two dozen people had reported issues to Rickenmann’s campaign at the time of the conference, he said.

Devine tweeted about the issue at roughly 8:00 a.m, saying: “We are aware of several issues at polling places. They are being addressed but please don’t leave without casting your vote. Every vote matters. Every vote counts.”

The election results will be certified by hand by the Columbia Election Commission Thursday, as they always are.

Prior to Tuesday’s election, the pair participated in a debate at the University of South Carolina sponsored by the Columbia Chamber of Commerce.

The pair largely agreed on issues of public safety and affordable housing, listing both as top priorities.

“There are more demands on officers today than there ever have been, and we need to make sure we’re addressing that,” Rickenmann said.

Rickenmann’s public safety solutions include take-home cars for community officers, as well as a “crisis team” to handle urgent situations. Devine plans to take a holistic approach, hiring psychologists and trauma specialists to the force as well as additional officers.

Devine focused on inclusion and equity, central messages of her campaign, throughout the debate.

“I know so many people who want to live in Columbia, but they can’t afford to live here,” she said. “We need to benchmark money yearly for our affordable housing, so we can not only meet our needs currently, but also make sure we’re meeting our needs as we grow.”