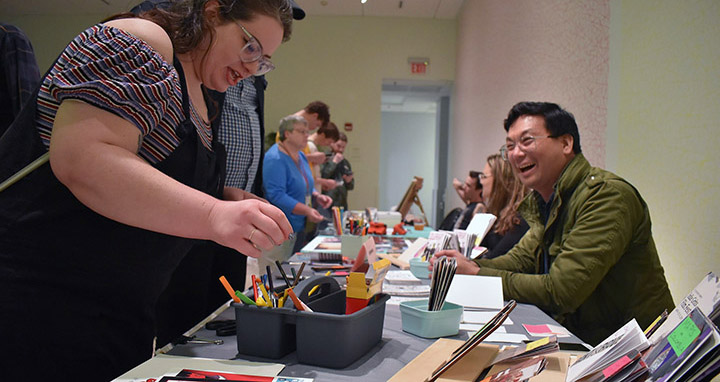 Shige Kobayashi, right, uses zines to interact with the community on a non-digital platform. “Everything we do is digital, our whole life. So it’s nice to make little physical things every now and then,” Kobayashi said.

In a digital world, some Columbia writers and artists are appreciating each other’s talent through a primarily non-digital, judgment-free platform – zines.

“You know the meme that was happening for a little while that was like, ‘I don’t know who needs to hear this, but…’ It’s like that in print form,” said Shige Kobayashi, one of the creators of the Columbia-native zine titled Subpar Magazine. 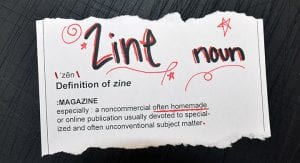 The creators of these small batch self-publications are motivated by a desire for self-expression, not for profit. The platform uses what Wikipedia describes to be original or appropriated texts and images. Though some zines use online forms to promote the work and their creators, most are primarily in print.

“The broadest term for me is basically any DIY publication, so you’re making it by hand, you’re making it without a publisher,” said Savannah Taylor, the project manager and designer of the Indie Grits Film Festival.

Taylor said she has seen zines that use short stories, collages, illustrations, essays and photographs among other things. “It can be anything you want it to be.”

Columbia is home to many zinesters and zine enthusiasts. Together, they are developing the culture of the artistic media platform in Columbia.

Tricia Callahan, the creator of the zine titled No Apologies, which bills itself as “A Zine for the Shameless Punks,” said that zines allow people to share personal or not-so-personal thoughts, ideas, experiences, opinions and knowledge without receiving judgment.

“Putting together zines allows anyone at any skill level to express themselves in a safe environment,” she said.

Callahan started No Apologies in 2008; she was a sophomore studying Popular Media Journalism at the University of Mary Washington in Fredericksburg, Virginia. The platform began as a glossy, digitally-designed magazine, but by the time Callahan moved to Columbia in 2014, she said the platform needed an affordable revamp. That’s when she discovered zines.

“It’s honest and it’s raw and you get to write about things that are going on around you that you wouldn’t really be able to get published anywhere else,” Callahan said.

She created No Apologies as a limitless platform for her, other writers and artists to reach out to Columbia’s variety of scenes within the community. Her zine has made its way to the digital world so those involved can offer their work to a larger audience and can include their writing on portfolios.

“There’s always the big labels that everyone wants to put on people,” she said. “I think it’s important for everybody in the community to kinda have their say no matter what their label, no matter if people think they’re cool or not.”

“It’s important to have an outlet for the people that are unapologetic… Sometimes it’s just really good to be honest,” she said. “That was my whole purpose of putting it together.”

“We want to come up with a creative positive solution for big problems,” Kobayashi said.

According to the two creators, they use the eight pages to isolate a problem they hear about in the community, brainstorm solutions, and use a team to enact the solutions. They then report results and request feedback from the community. Their zines can be purchased for $5 in various coffee shops, including Curiosity Coffee Bar on Main Street, Drip on Main Street, Drip in Five Points and Indah Coffee Co. on Sumter Street.

Kobayashi says their first issue, released on April 10, 2018, was directed towards the way people are prone to complain about coworkers coming in sick, especially around flu season.

“We called our project ‘buy a round of shots for your friends’ with the idea of creating like a pay it forward scheme of helping people around us get vaccinated for the flu,” he said.

The duo will continue using issues of their zine to encourage finding solutions to problems in Columbia. They also use opportunities in their community to encourage zines.

Subpar has taken part in events like Arts and Draughts with the Columbia Museum of Arts and the local Indie Grits Film Festival, which showcases different forms of art.

“In a culture where fame feels accessible in a sense of like, we all feel popular on our Instagram, it is cool to do something that is almost intentionally unpopular,” Rainwater said. “Making a zine that is for something you really like is something to be celebrated. It doesn’t matter if it’s a best seller or if you don’t sell one.”

Other groups are forming that emphasize the importance of zine culture in Columbia, including Full Disclosure, started by Abigail Hardee and Tyler Muehl, as well as No Radius, created by Ross McLean, Drew Rogers and Christopher Stalvey.

Full Disclosure is an organization created to bring together the community through a variety of art forms, including zines.

Hardee and Muehl have worked with zinesters, zine collectors and zine fans around the community to create the first zine library in Columbia. The library opened in February and can be found in Drip, the coffee shop on Saluda Avenue in Five Points.

Muehl created his first zine last fall to showcase his southern culture to a Russian friend he met while traveling.

“The southeastern part of the United States isn’t so well represented,” Muehl said. “I figured producing this kind of alternative form of publication would be a great way to explore this alternative identity to him.”

Since it started last fall, Full Disclosure has published four more zines, which can be found at the zine library in Drip.

Muehl said the organization holds events that encourage making these “alternative forms of expression” because “people can present their stories and be heard in this way and find people that are interested in it.”

No Radius is a newer organization that McLean said was created to introduce zines as a cost-effective way to develop and promote ongoing artistic projects.

“We started No Radius after seeing the creative buzz around Columbia,” he said, with the idea that they would hold events to “promote and develop zine culture and the do-it-yourself mentality.”

The organization held its first event, a zine-making workshop, on March 23 and has held two workshops at Dutch Fork High School to offer students an alternative way to showcase their work. They also took part in the zine fair at the Indie Grits Film Festival.

No Radius is making large strides of getting involved in the community because of their goal, which McLean said is “to reach out to creatives who want to explore different ways to express their art.”

Zines are getting easier to make in Columbia thanks to Indie Grits Lab. “We just this year started getting into printing a lot at our new facilities at 1013 Duke Avenue,” Taylor said.

At this location, print services are available, and Muehl said they “offer great resources and they do it at an affordable rate.”

Because zines are now easier to make, and because organizations and events regarding zine culture are becoming easier to find in Columbia, zinesters encourage people to get involved in the art.

“What’s cool is we’re not all trying to make the same thing and competing for a small piece of the pie. It’s definitely like, a giant, weird pie that can be full of a lot of stuff,” Kobayashi said.

No Radius will be holding their second free public event, a zine fair, this Saturday, April 6 at Tapp’s Art Center on Main Street from 11-5. The event will host 20 vendors from around the southeast whose art will be available for viewing and for purchase.

“There will be zinemakers, independent magazines, illustrators, printmakers, a vintage clothing stall and handmade jewelry,” McLean said, who encourages every one of all ages to check out the event and get involved in this creative form of expression called zines.

“It basically can be whatever you want it to be, and that’s the ultimate freedom,” Callahan said. “And in the zine community, no one is gonna judge you.” 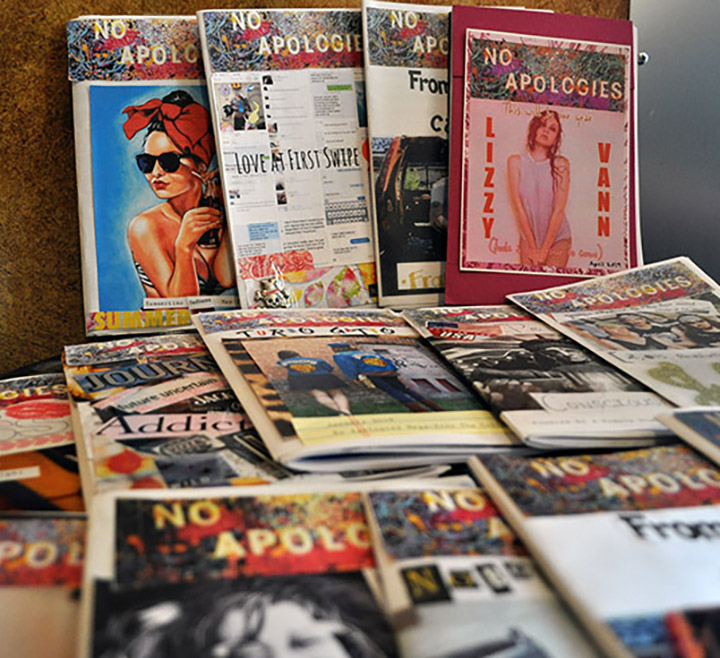 Tricia Callahan, 30, has published about 20 issues of her zine No Apologies. “You have a lot of wiggle room because you make the rules when you make it,” Callahan said. “It can literally be whatever you want it to be.” 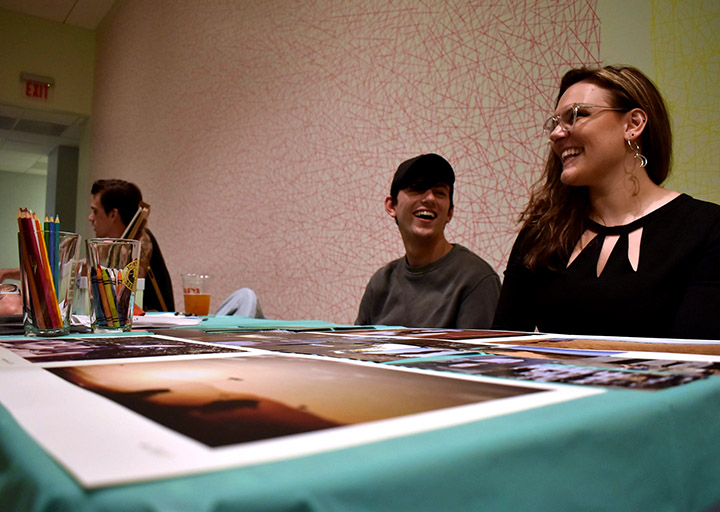 Full Disclosure creators Tyler Muehl, 22, and Abigail Hardee, 24, started the organization to bring together different forms of art within the community, including zines. 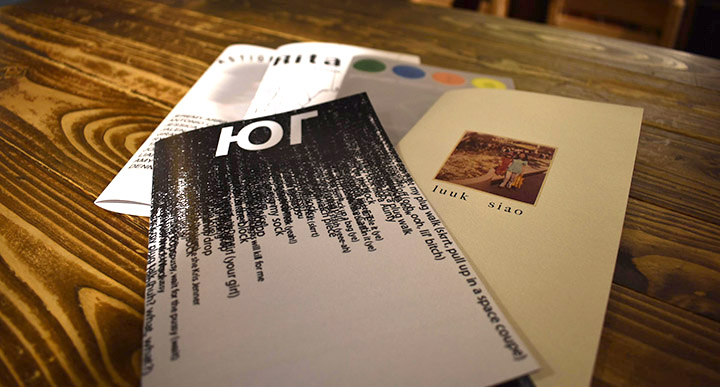 Muehl created his first zine, “юг,” which means “south” in Russian, to showcase culture in the southeastern United States to a Russian friend he made while traveling. Full Disclosure has since published four more zines, which can be found in the zine library at Drip Coffee in Five Points. 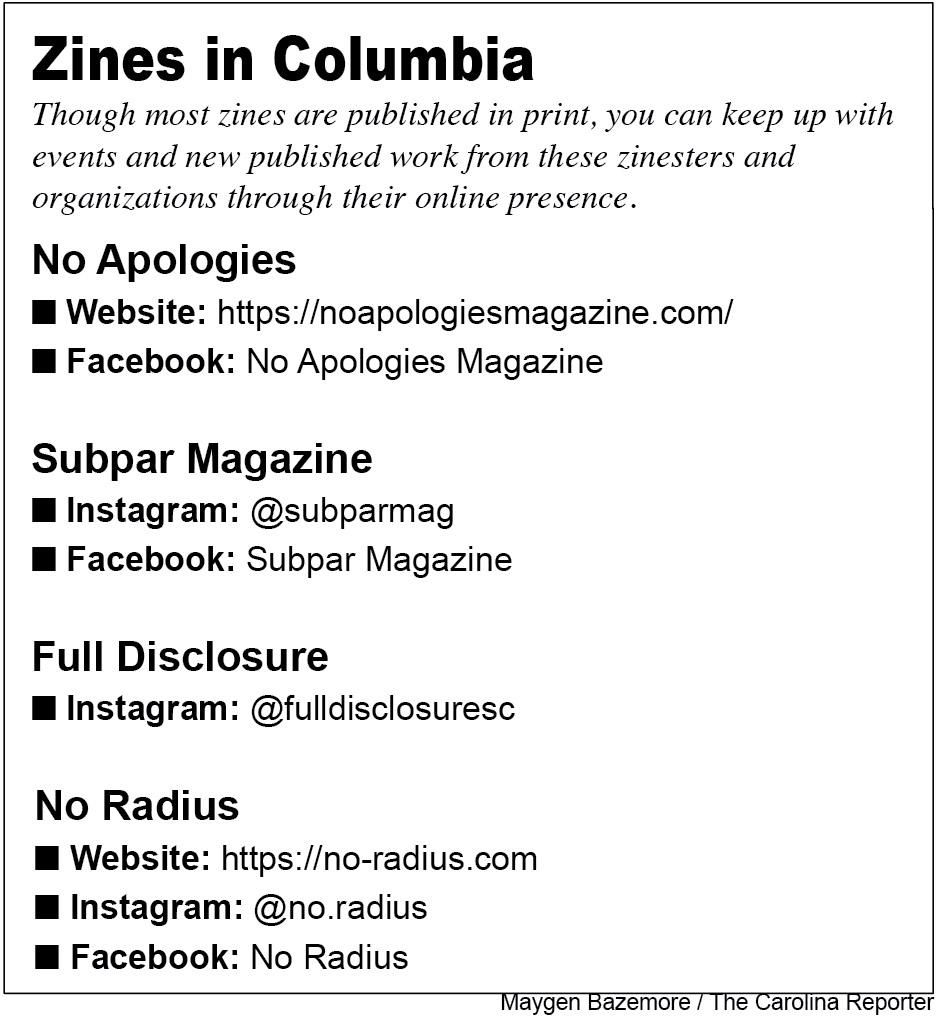 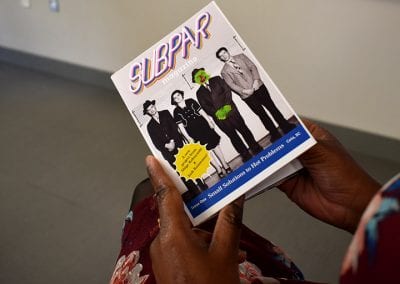 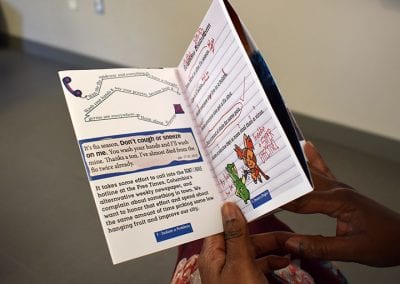 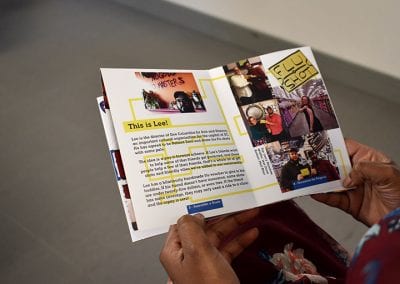 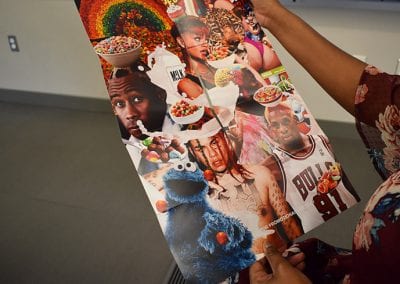 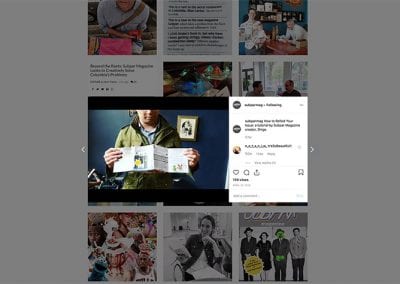 Subpar Magazine’s instagram offers a video of Kobayashi explaining how to fold and unfold the zine for the poster offered on the back. 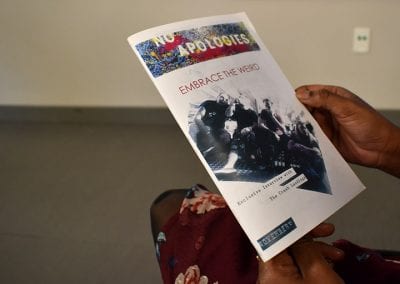 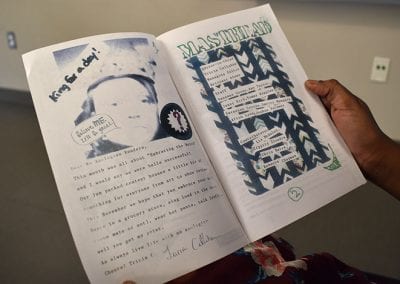 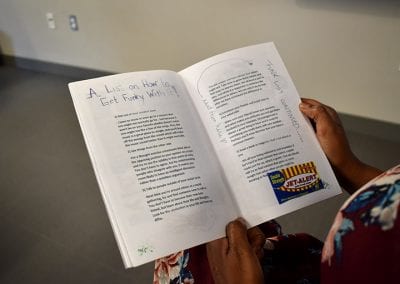 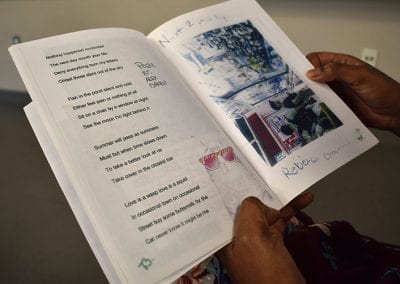