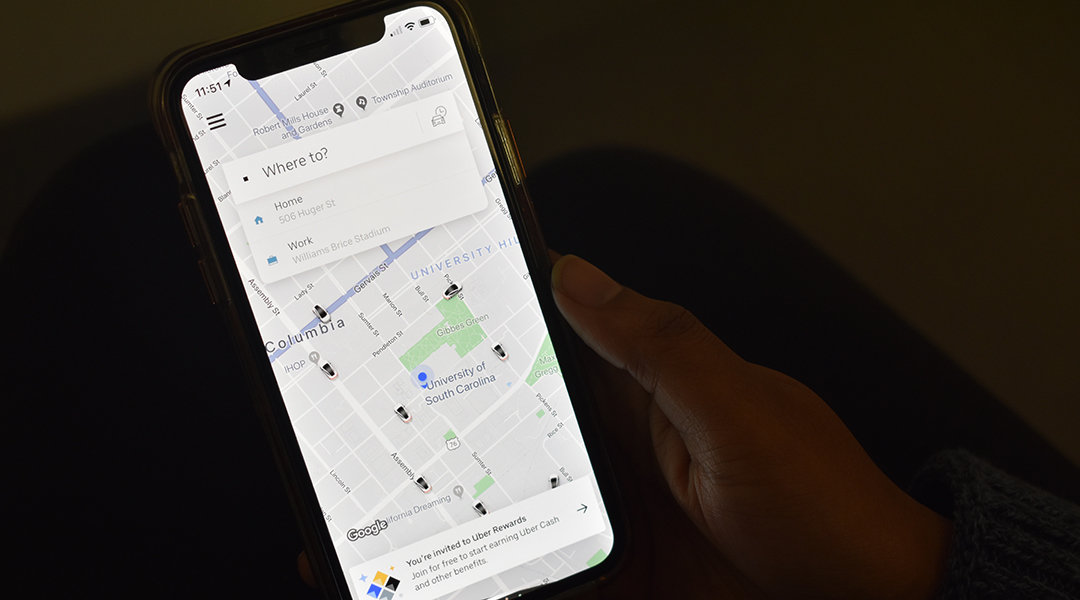 Introduced legislation would require drivers of Uber and other ridesharing apps to have illuminated signs put into their cars while they are on duty.

South Carolina lawmakers are introducing new legislation that would require all rideshare vehicles to have illuminated signs while the driver is on duty.

The bill comes just days after Samantha Josephson, a 21-year-old USC student was murdered after she mistakenly climbed into a car she believe was her Uber ride.

Reps. Micah Caskey, R-Lexington, and Seth Rose, D-Richland, sponsored the legislation Tuesday.  Rose attended USC and met his wife in Five Points, the downtown district where Josephson was abducted. Five Points is a special area to him, and because he also has a daughter, he understands why Josephson’s story has gotten large attention.

“This could happen to anyone. This isn’t a Columbia, South Carolina issue. It’s not a University of South Carolina issue,” Rose said. “This is really a warning signal to the nation, to universities across this nation that there are dangers out there. And we really need to do what we can to help regulate these industries.”

The bill would require illuminated signs, distinguishing rideshare vehicles from other vehicles, that would be supplied by the rideshare company.This would ensure the public could not purchase a generic light in store and place in their car. When a driver finishes employment for these companies, the bill would require them to turn the light back in or sign an affidavit.

Uber and Lyft are the largest ridesharing companies in the U.S., with drivers working as independent contractors.  The rides are widely used amongst college students returning home after eating and drinking in Five Points, the entertainment district adjacent to the downtown campus. When Rose started researching the law regarding illuminated signs in rideshare vehicles, he was surprised that the lights were optional.

“But in other jurisdictions, it’s not. Other, as I was told, larger cities, larger markets, this is already being done when they put an illuminating sign in their windshield, that’s visible, and it comes from the company. This isn’t something that you can go buy at the store and put in your car,” Rose said.

Rose said the bill will be named the Samantha L. Josephson Ridesharing Safety Act. Seymour Josephson, Samatha’s father, had begged the university at a Sunday night vigil not to forget his daughter’s name.

For Rose, the bill is the only positive find in the wake of Josephson’s horrific death.

“To me, that is a way to try to find some positive in this horrific incident, if it can save someone else’s life. And I understand there’s people out there that will say you can’t stop a psychopath or something crazy, and they’re right, we can’t. But we should control what we can control.” 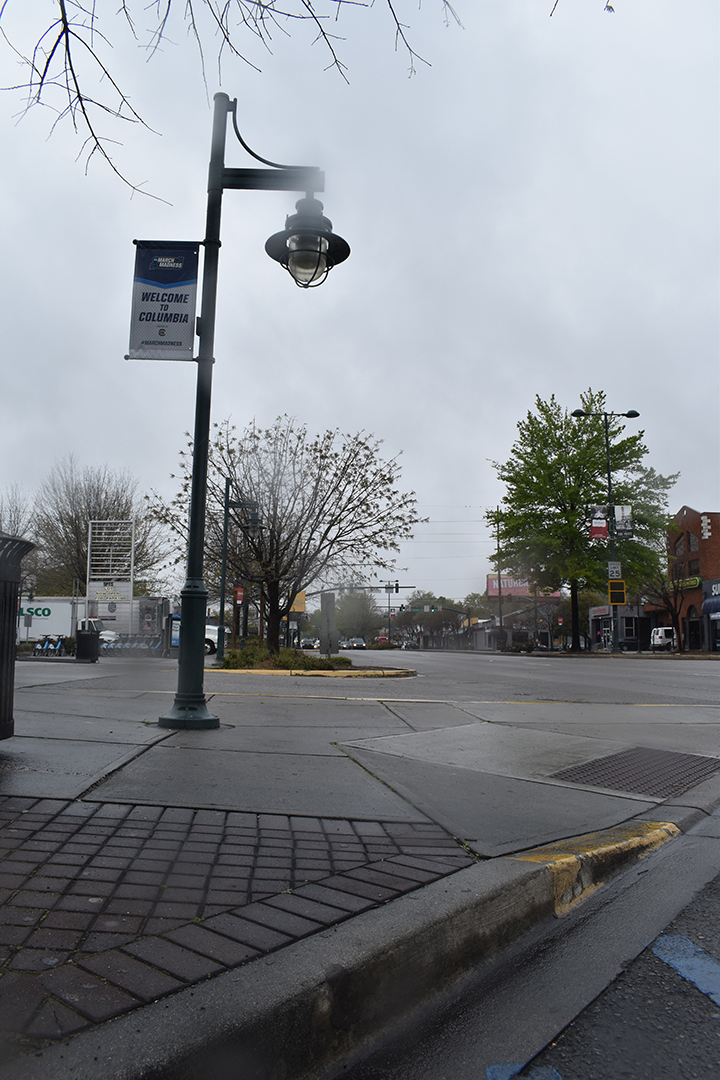 USC student Samantha Josephson was abducted while out with friends in the Five Points district, an area college students frequent  on weekends. 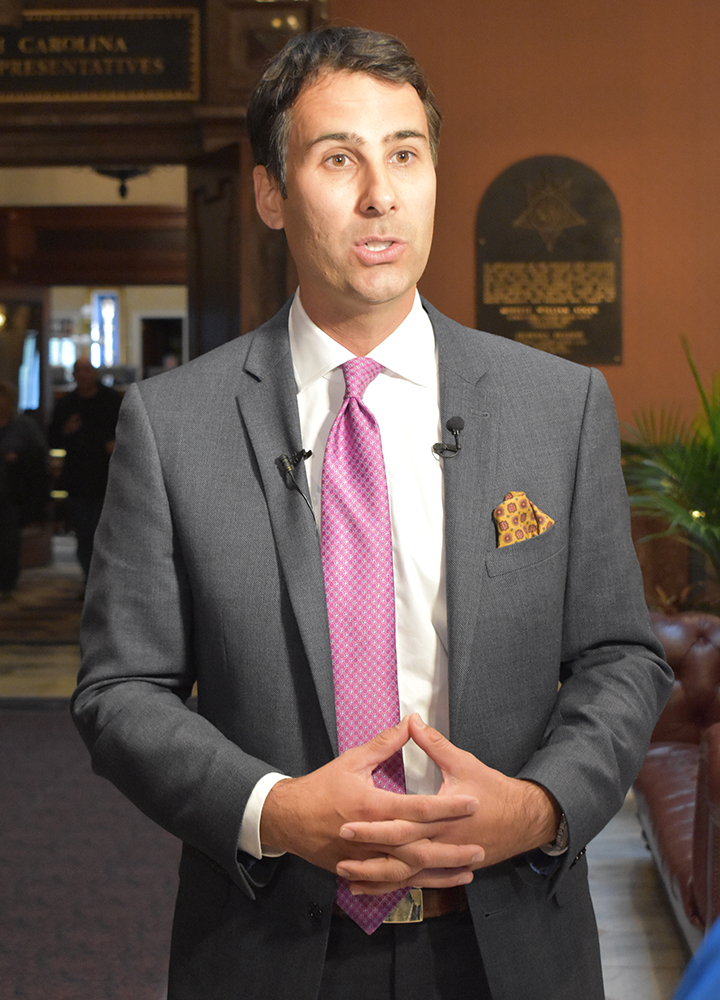 State Rep. Seth Rose, D-Richland, is a sponsor of the Samantha L. Josephson Ridesharing Safety Act and hopes the bill will ensure the safety of citizens when using rideshare apps. 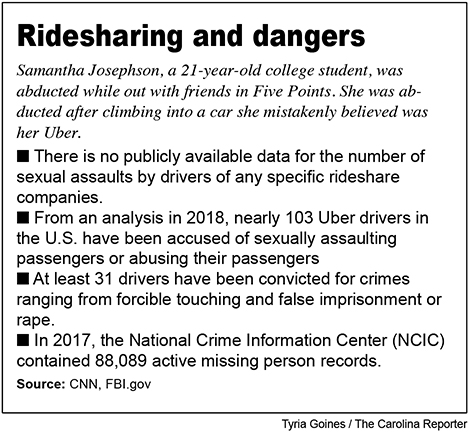