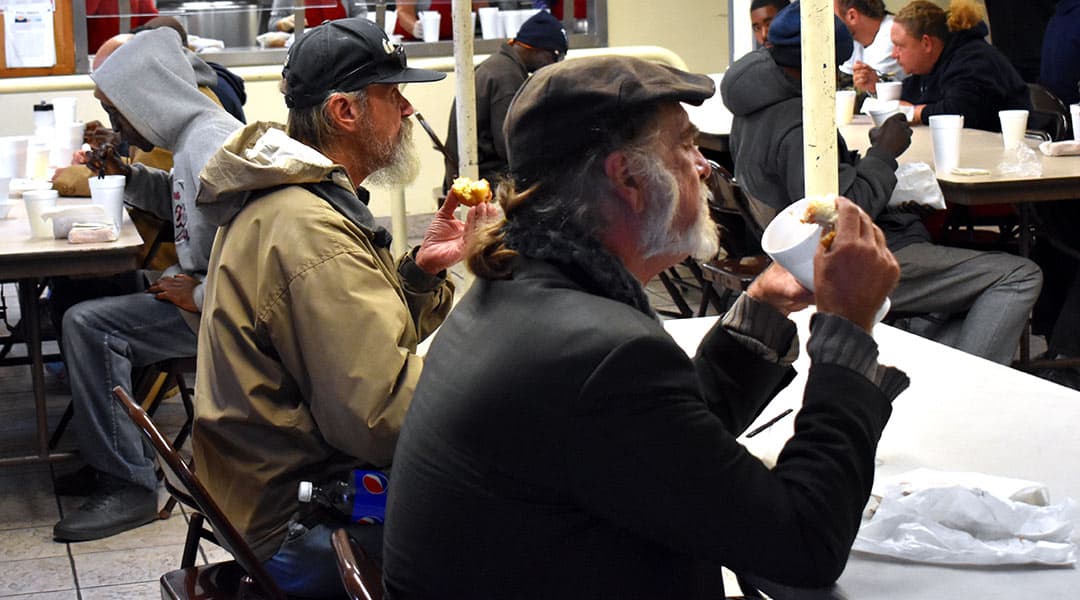 Homelessness in South Carolina has increased 6% since 2018 and it affects a range of age, races and gender. The annual prayer breakfast brought awareness to the issues of hunger and homeless in the state.

Jessica Agne was living comfortably as a stay-at-home mom, but then her fiancé lost his job in summer 2018. They moved in with family on the North Carolina coast and found steady jobs for a few months. Then, Hurricane Florence hit and they no longer had a place to stay.

“Something had told us to come back to South Carolina, so we did,” Agne said. “At that point, we were homeless.”

Agne took the stage with her toddler son to share her family’s story of abrupt homelessness at the annual Midlands Area Consortium for the Homeless (MACH) prayer breakfast. The breakfast kicked off Hunger and Homeless Awareness Week, which runs from Nov. 17-23, the week before Thanksgiving, each year.

Lila Anna Sauls, director of Homeless No More and MACH’s advocacy committee chair, said this is a week of awareness and reflection.

“I’m a big believer in the Thanksgiving season and the Christmas season, but in my opinion before you go into such a wonderful time, you need to think,” Sauls told the audience of about 40 people.

Sauls encouraged those attending to be thankful for their blessings and to think about those who don’t have as much.

Agne and her family currently live at Homeless No More’s transitional housing. Just a few months ago, they were staying in the cheapest hotels possible and Agne’s fiancé was working day jobs to have enough money to feed their family at night. There was a point when they had to live in their car because they didn’t have enough money for a hotel.

After months of being stuck in an endless loop unable to save money, she said they couldn’t take it anymore. They went to Burger King to use its free Wi-Fi and looked up resources. They called the first organization they found, which was Homeless No More.

They arrived at the shelter with very little gas left in their car and Agne emotionally recalled that “Miss Consuela,” the intake specialist at Homeless No More, told her family that they wouldn’t have to sleep in their car another night.

Agne and her family stayed in Homeless No More’s emergency family shelter for 90 days and they now live in the organization’s transitional housing, St. Lawerence Place.

“It felt like I held my breath the entire time, but I’ve been breathing for about a month now,” Agne said.

She said “life does not discriminate,” but she’s thankful for a second chance for her family.

Gregory Sprouse, MACH board chair, said this week is about bringing awareness and “to understand, as we heard from the speaker today, that this impacts everybody. It’s not always as straightforward as what you think.”

He said those in the community need to have empathy and compassion for those affected by homelessness or food insecurity.

Proclamations for Hunger and Homelessness Awareness Week were read by officials at the county, city and state levels at the  prayer breakfast. South Carolina First Lady Peggy McMaster spoke on behalf of her husband, Gov. Henry McMaster.

The most recent Point in Time Count, an annual count of the homeless population on an individual night, reports that at any given time there are around 850 homeless individuals in the Midlands. One in five children struggle with hunger in South Carolina.

Sauls said this year more people attended the breakfast than previous years and that she saw several new faces. She wants events like this to bring in new advocates that will take these issues to city hall.

“What we hope is that we bring in a handful of new people to fight with us,” Sauls said.

Hunger and Homelessness Awareness Week continues with a film screening of “American Winter” followed by a panel discussion on family homelessness on Tuesday evening at 5:30 p.m. at Richland Library.

“We just hope slowly but surely this week itself is going to gain momentum,” Sauls said.

Lila Anna Sauls, director of Homeless No More, said the purpose of this week is to bring awareness because the rising numbers of homelessness in the state show that the homeless population needs help from the surrounding community. 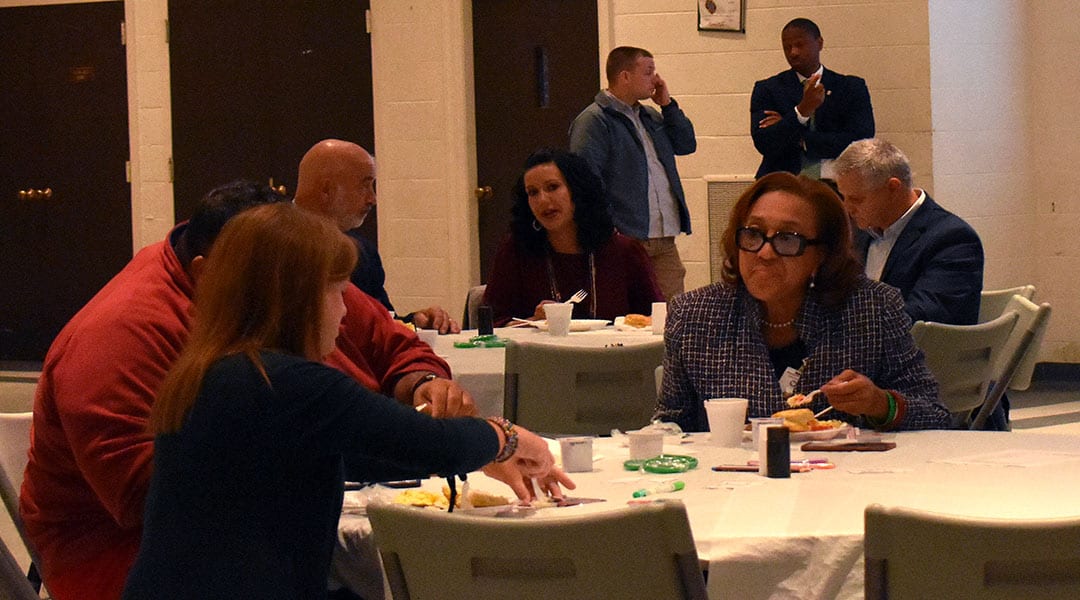 Community leaders and advocates gathered at the annual prayer breakfast to share their thoughts about homelessness in the state.