Creatives for the Count draws awareness to 2020 census 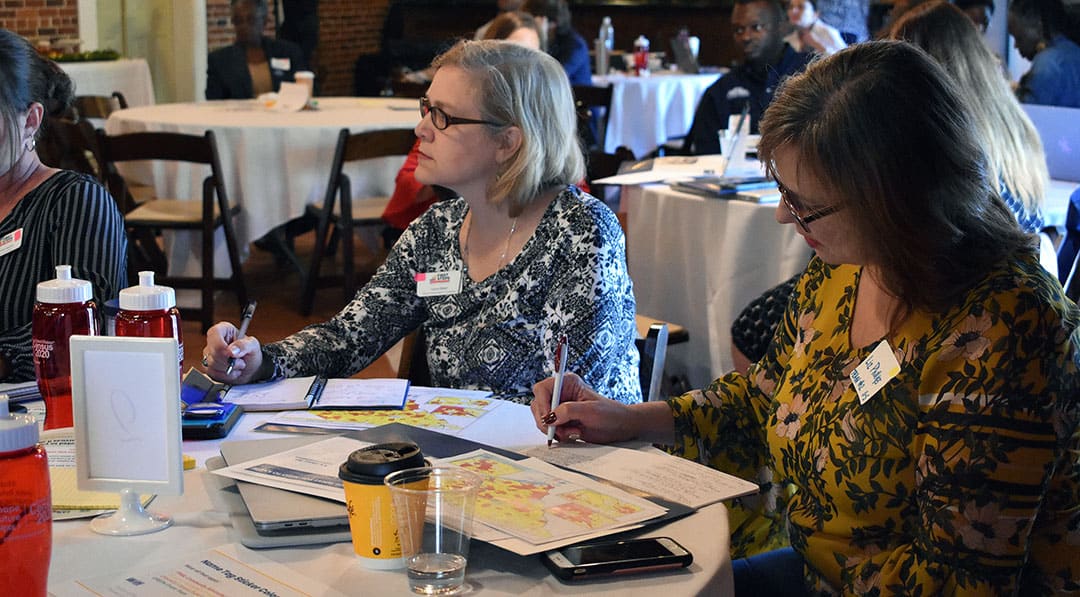 Columbia area volunteers worked together to produce concepts for potential print and digital advertisements after learning about census data and which demographics are hard to count.

Creatives for the Count organizers broke volunteers into teams to come up with print and digital advertisements designed to reach hard-to-count areas. Among the most difficult demographics to calculate in South Carolina are families with children under five, African American males, the Latino population and Native Americans.

Chakisse Newton, Richland County council member and president of Cardinal Consulting, said she was motivated to volunteer by helping her community.

“I’m very committed to community service, so this is an opportunity for me to use my natural and professional talents in a way that benefits others,” Newton said.

She says shaping effective messages to reach target audiences is right in her wheelhouse.

“The idea of this event is not just how can we craft the messages that will resonate but how can we make sure we’re finding those people who otherwise might miss the opportunity for the census,” Newton said.

Mara Abrams, founder and co-director of the Census Open Innovation Labs at the U.S. Census Bureau, took the nationwide campaign to about a dozen other cities before arriving in Columbia. Each create-a-thon event is tailored to the communities visited by the bureau.

Since the last decennial census in 2010, she said she has noticed a change in the way Americans communicate and differences among age groups. Abrams explains that while methods like posters may be more successful among older audiences, Generation Z is more inclined to be active on social media.

“The world has changed a lot since 2010. In 2010, Facebook was only a few years old and Instagram hadn’t been invented yet,” Abrams said. “We’re trying to keep up with the pace of change and make sure that the communications are up to date.”

The 2020 census will be the first citizens can respond to online. Submitting a form by phone or mail will remain as other options. Whichever medium they use, Abrams stresses the importance of everyone being counted.

“Ten minutes impacts 10 years. The census determines the flow of money and power for 10 years. You pay your taxes every year, but you only get that back to your community every 10 years,” Abrams said.

She strives to further educate local communities about how the census count affects them directly.

“Essentially it’s federal funding for local programs. Schools, hospitals, roads, bridges, you name it. All of that is based on the population count. The power piece is it determines congressional redistricting and how many congressional seats each state gets.”

Newton said she agrees the census is a powerful tool in which community members can make sure their voices are heard.

“I think it’s important for people to remember that the census isn’t just this piece of paper or a form online, it’s a chance for them to be recognized,” Newton said.

She understands that there is a correlation between how many people complete the census and how much money comes rolling into South Carolina.

“If there are problems in our community that you think could be solved by better resources, filling out the census is the start to the solution,” Newton said. 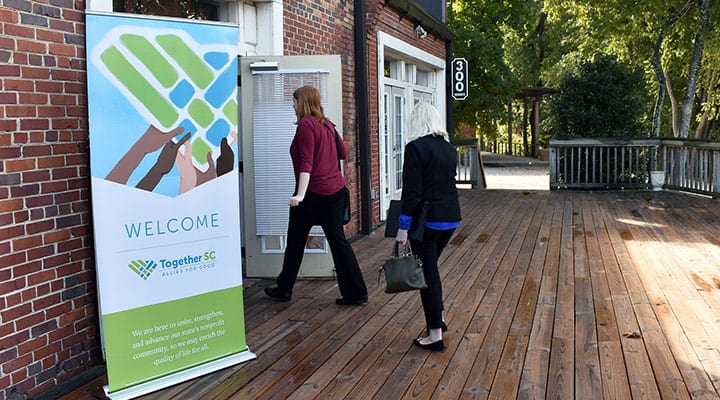 Creatives for the Count organizers invited local creatives to 300 Senate in Columbia to produce content for the 2020 census count. 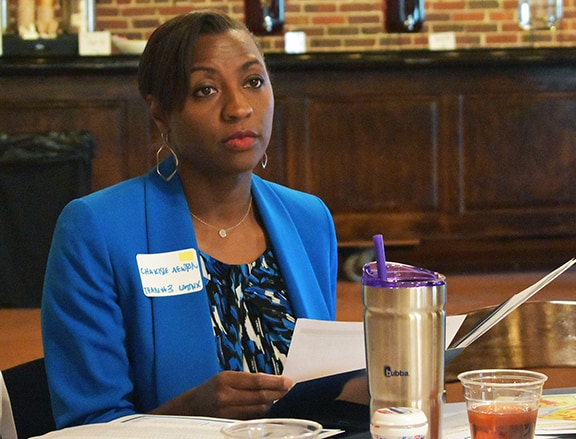 Chakisse Newton, Richland County council member and president of Cardinal Consulting, volunteered for the event. She worked on the team focused on the Latino community. 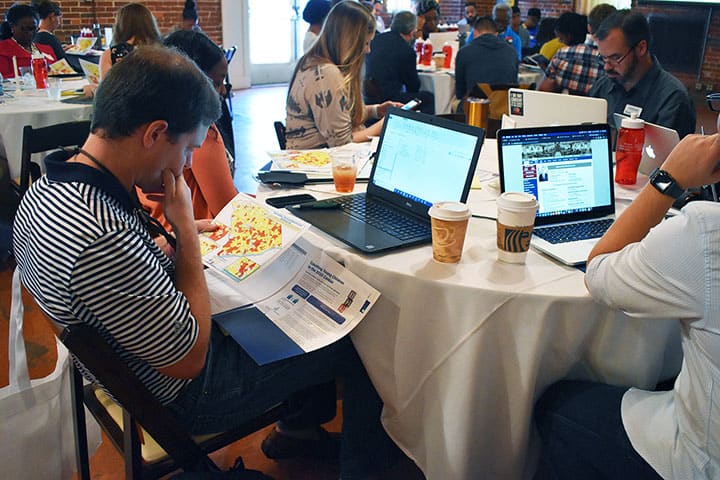 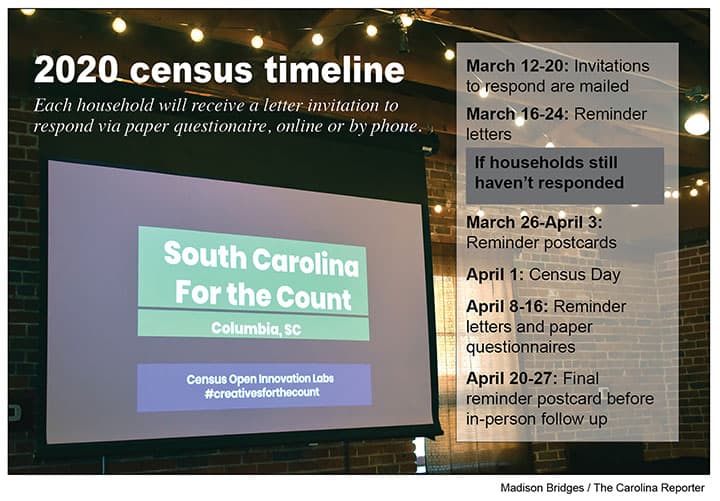