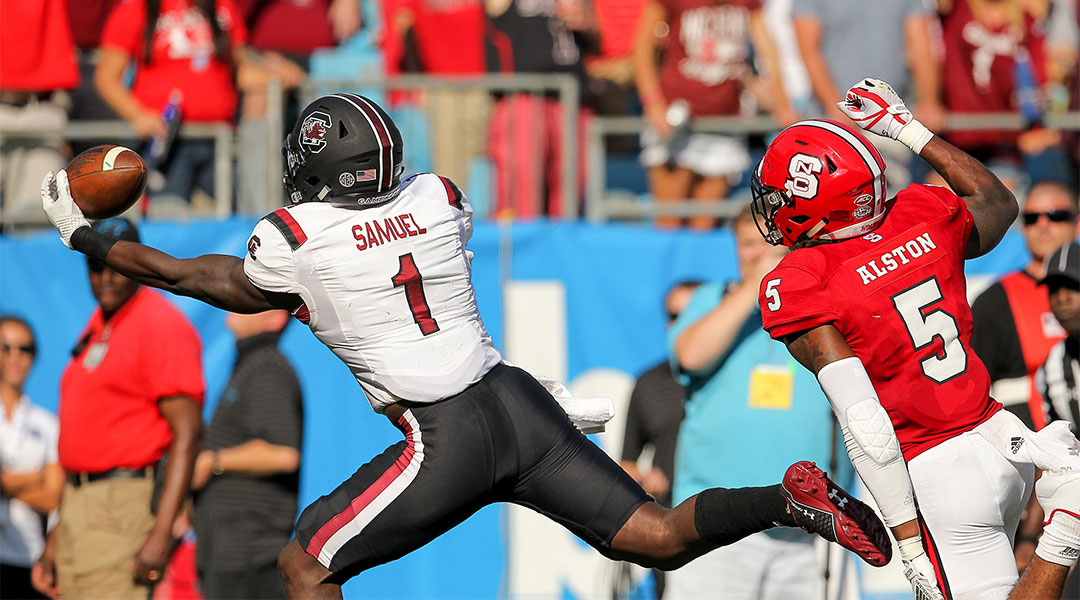 Former Gamecock standout wide receiver Deebo Samuel makes a one-handed catch in the end zone against NC State in 2017. Samuel also returned a kickoff for a touchdown on the first play of the game. Photos courtesy of South Carolina Athletics

San Francisco 49ers’ Deebo Samuel, a former University of South Carolina standout wide receiver, is on pace to have one of the best seasons in NFL history.

After Samuel caught six passes for 171 yards versus Chicago in week eight, he explained that the seeds for his success started before the season.

“It all started in the offseason,” Samuel said in a press conference after the Chicago game. “Knowing what it takes to be a great receiver in this league and knowing what my body needs to go through to be able to perform the way that I have. I can’t get complacent and just continue to get better every day and every week.”

Kyle Shanahan, head coach of the 49ers, has been impressed with Samuel since the preseason.

“I’m very happy with Deebo,” Shanahan said in a Aug. 2 press conference. “He came into camp as good a shape as I have seen him. He ended [organized team activities] not quite there yet. So, I was really curious to see how he was going to be 40 days away. Just being in shape, it’s the best I have seen him.”

In the 2019 NFL Draft, the 49ers decided to take Samuel in the second round with the No. 36 overall pick. 49ers General Manager John Lynch knew when he turned on the film that Samuel could make a huge impact for their offense.

“You just turn this guy’s tape on, and you see I think one of the elite competitors in college football this year,” Lynch said in a press conference after the second round of the 2019 draft. “He’s going to fight for yards. I think that type of play is contagious. He’s got real juice; he can catch the ball and break away.”

Prior to becoming a 49er, Samuel made a name for himself at the University of South Carolina. As a sophomore in 2016, Samuel led the Gamecocks with 59 catches for 783 yards receiving. This earned him the team’s offensive MVP award.

After playing in only three games during the 2017 season due to injury, Samuel rose up the draft boards after a huge senior season.

Samuel tallied 62 passes for 882 yards and had 11 receiving touchdowns. After a huge game against Clemson where he had 10 catches for 210 yards, Samuel decided it was time to get ready for the NFL Draft.

As for this season as a 49er, Samuel has already broken Jerry Rice’s record for most receiving yards through seven games in a season. If he can stay healthy and continue to produce at a high level, that may not be the only record that he breaks this season. 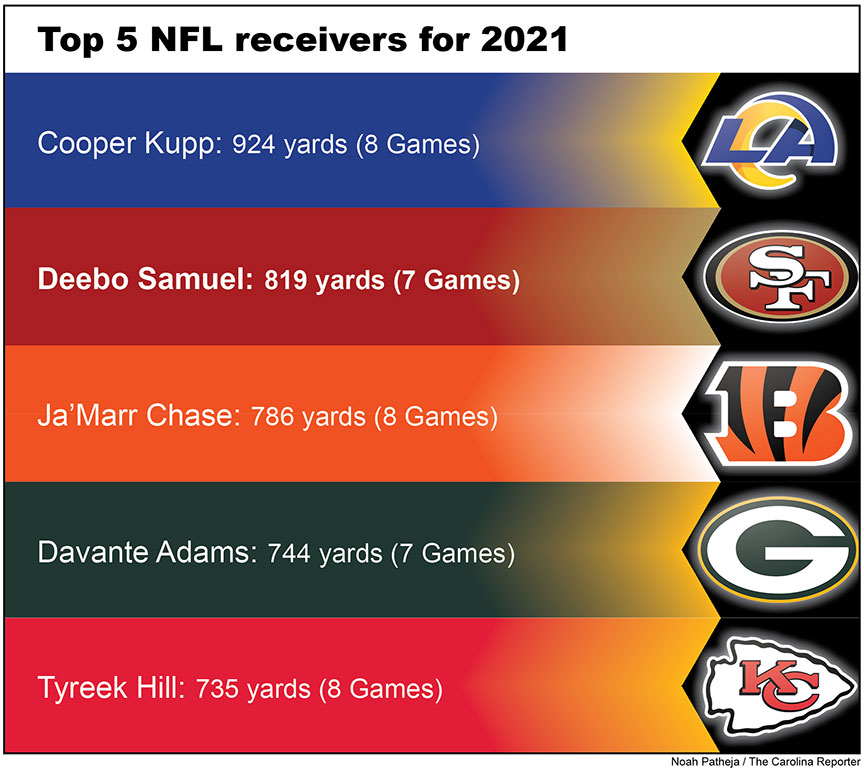 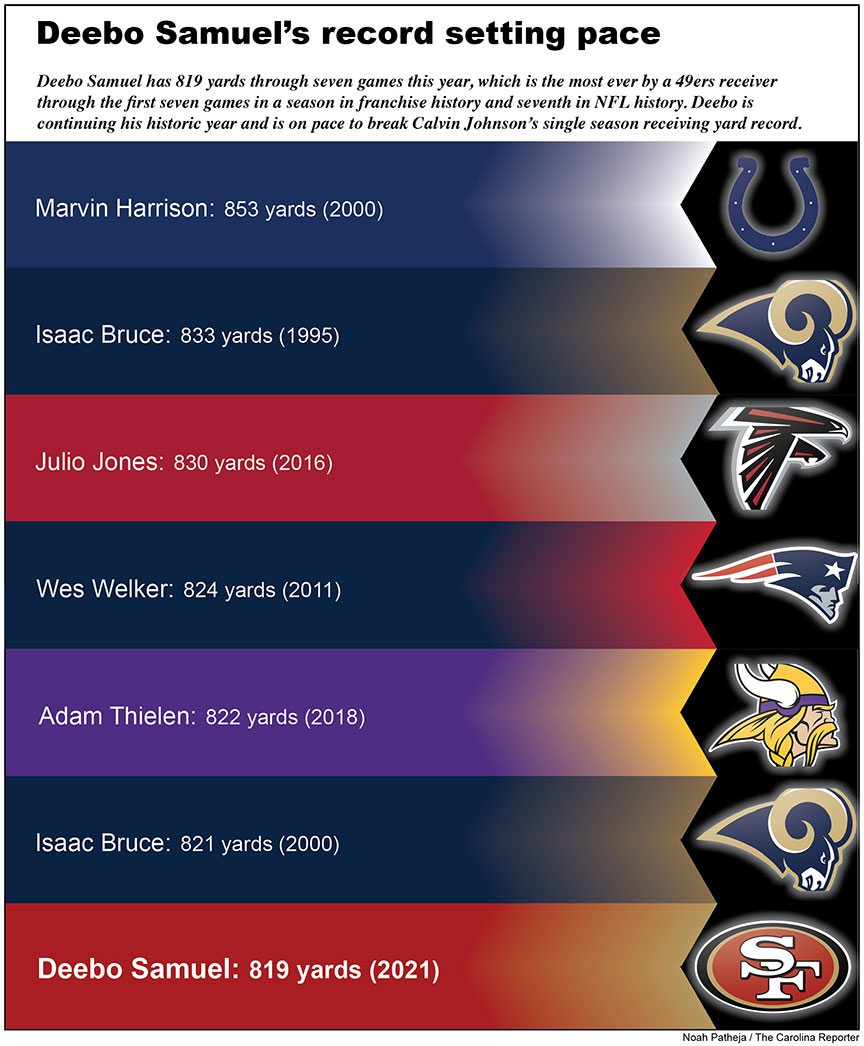 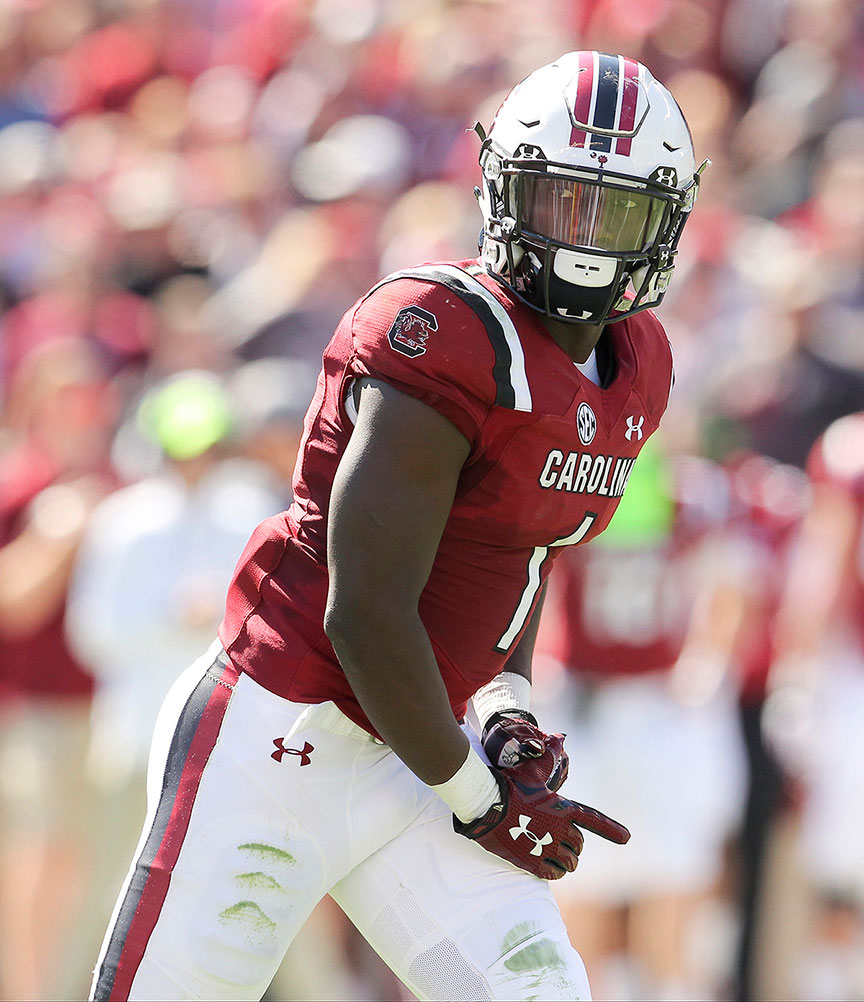 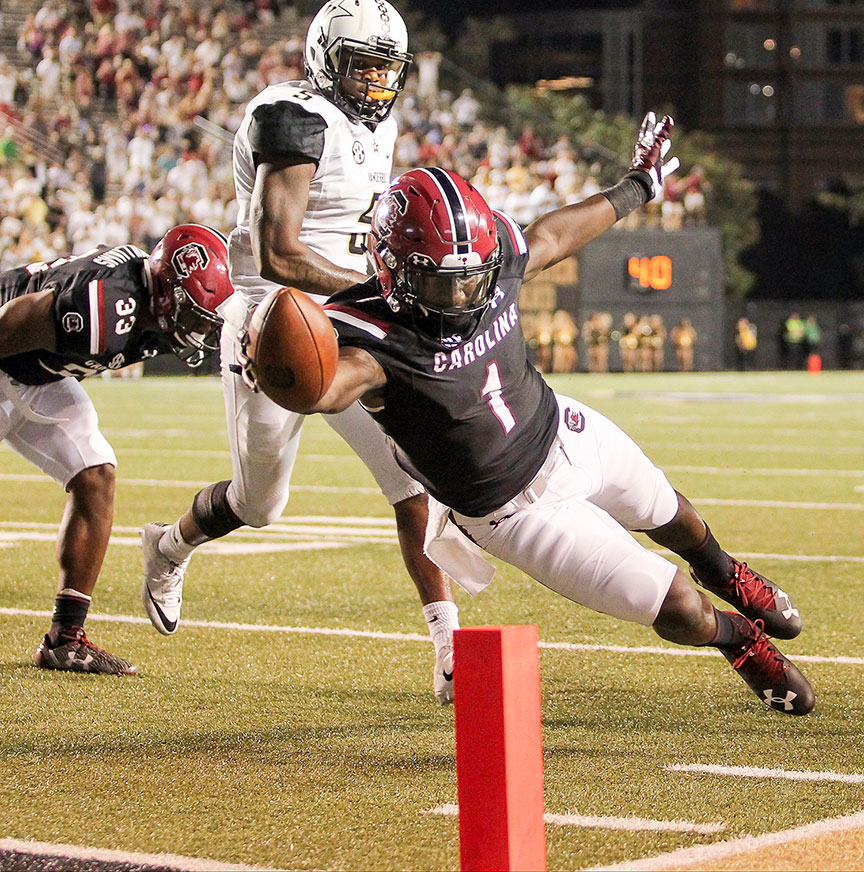 Gamecock fans got their first glimpse of who Samuel was in the first game of 2016 when he dove for the pylon for a touchdown against Vanderbilt.