Democrats and Republicans come together for annual Carolina Clash debate 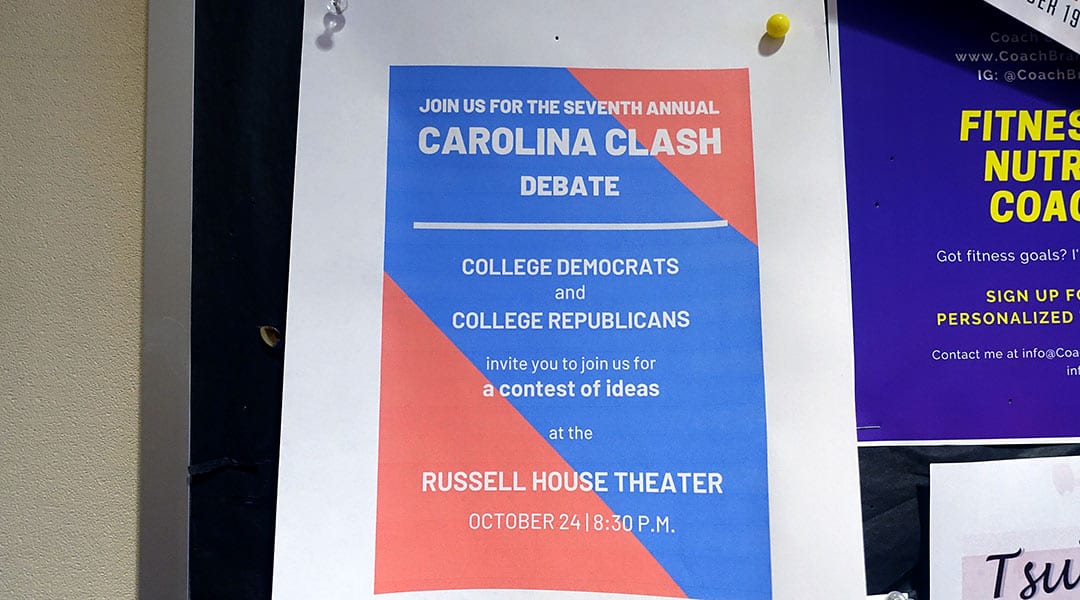 Carolina Clash is open to everyone to view the debate and participate in the political conversation.

Students from both sides of the aisle will take to the debate stage this Thursday for the annual Carolina Clash.

“Carolina Clash is a debate held every fall semester by College Republicans and College Democrats,” Jake Vining, the President of College Republicans, said. “We come together to celebrate not only political stability but to show others where our organizations stand politically in terms of ideals.”

Two students from each club will take the stage, where they will debate the localized issues of UofSC’s recruitment of in-state and out-of-state students and education reform in South Carolina. The national issues of Medicare and Social Security reform and a ban on assault weapons will also be discussed.

“We chose these topics because we wanted a good mix of national, state, and school-wide issues that are relevant to us today,” Jane Marryat, President of College Democrats, said.

Avery Wilks, an alumnus of the University of South Carolina and a reporter for The State, will moderate the event.

“Avery moderating our debate is a huge blessing to us,” Vining said. “He not only adds a certain level of deep knowledge of politics about South Carolina, but the University of South Carolina as well.”

“He is a journalist with lots of experience reporting on political issues, both state-wide and nationally,” Marryat said. “[This] puts him in the perfect position to help us run our debate.”

Besides seeing where the two organizations stand on current issues, the debate serves another purpose. According to UofSC Political Science professor Robert Oldendick, Thursday’s debate could have both immediate and long-term impacts on those who attend.

“It can have a potential spillover effect in that those people that attend and learn something can then talk to other people,” Oldendick said. “It also has a longer-term impact in that people who are engaged in politics at this age as college students generally tend to be more interested in politics and be more participatory in the long run. Certainly it has longer implications for the voting process.”

“We want active political citizens to be able to make knowledgeable decisions when they go to the ballot box,” Vining said. “As well we hope to produce good quality candidates in the future to field a call to serve not only our state but our country.”

The debate will take place Thursday, October 24 in the Russell House Theater at 8:30 p.m. 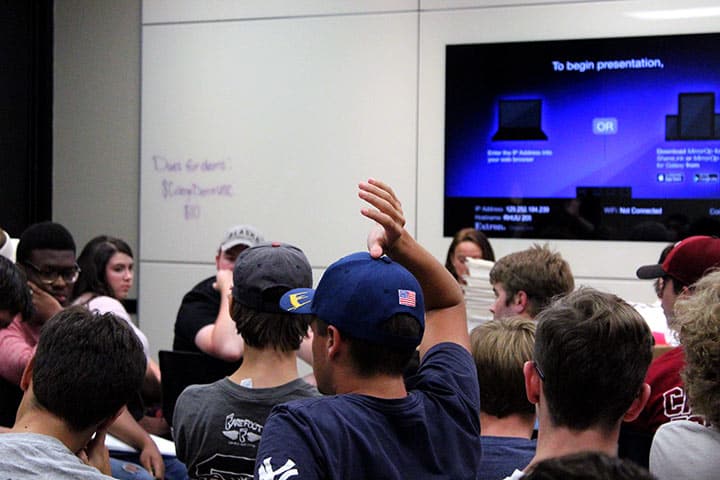 Two students will represent each organization in the debate Thursday. Credit: Hayden Blakeney 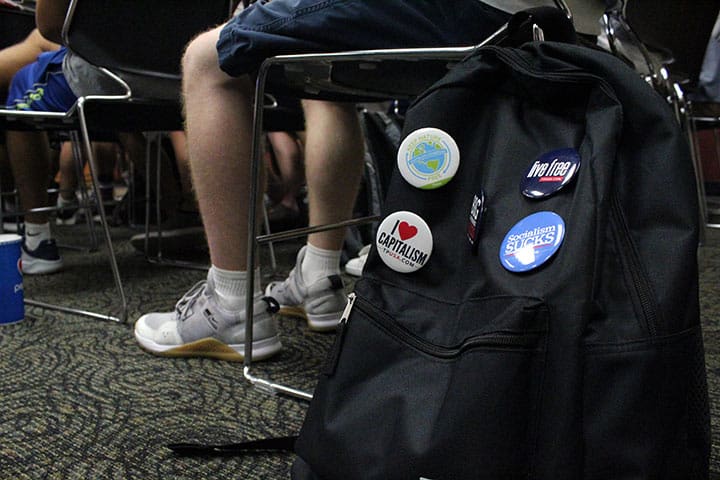 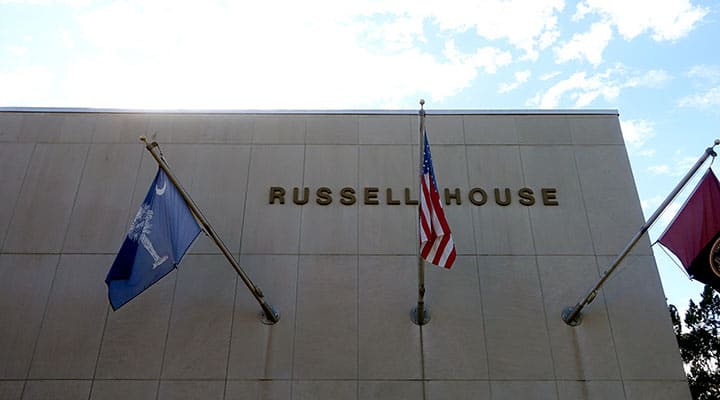 The Russell House Theater will host the event on Thursday. 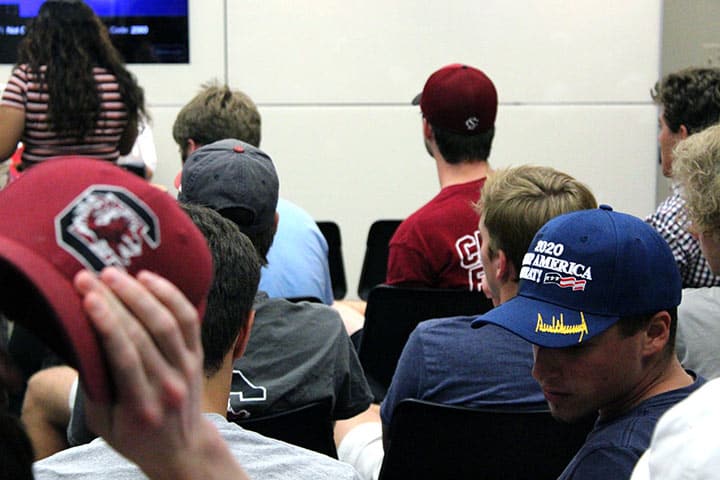 Students of all political affiliations will be able to engage in conversation following this debate, and in future debates hosted by the two organizations. Credit: Hayden Blakeney