DHEC partners with Count the Kicks to improve birth outcomes 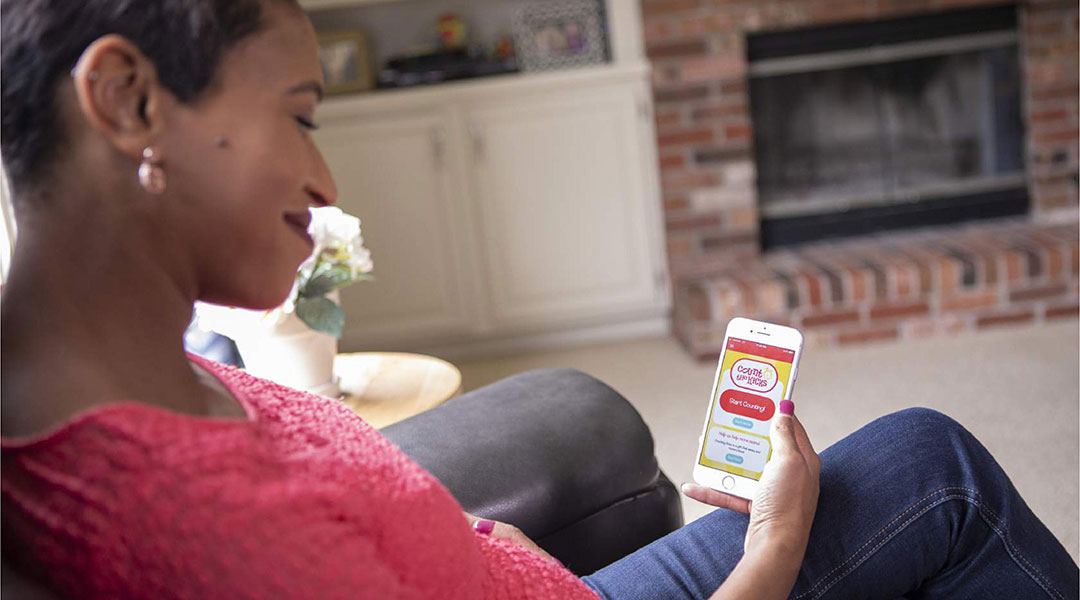 Count the Kicks, an evidence-based stillbirth prevention campaign, hopes to make kick counting a common practice in the third trimester by reaching as many providers and expectant parents as possible. Photo courtesy of Count the Kicks

Danielle Barkley was having a “picture perfect” pregnancy.

So she and her husband, Jonah, were shocked and devastated when their daughter, Lydia, was stillborn in 2014.

Now, Barkley, a Charleston mother, is an ambassador for Count the Kicks, an evidence-based stillbirth prevention campaign, and works to ensure that mothers don’t have to go through what she and her family endured.

“I do feel like if I had been counting my kicks and more aware of (Lydia’s) movements, I feel like I would have gotten to the hospital sooner and there’s a possibility she could be here today,” said Barkley.

Count the Kicks and South Carolina DHEC have partnered in an effort to address the U.S. maternal health crisis and improve birth outcomes for women and babies, the organizations announced in a press release on Tuesday.

“We want to make sure that fewer mothers go home with empty arms and that more come home carrying their babies,” said Emily Price, the executive director of Count the Kicks. Price was inspired to become involved with Count the Kicks after she learned about fetal movement monitoring during her pregnancy, which she credits with saving her son.

Through the partnership, nurses, doctors, hospital staff and other maternal health providers in the state will have access to free Count the Kicks brochures, app reminder cards and posters to place in offices that care for pregnant patients and expectant parents.

The non-profit was founded in 2008 by five mothers in Iowa who experienced stillbirths. The women created the program based on public health research in Norway which showed a 30% reduction in stillbirths after expectant parents were taught to monitor the fetal movement of their child daily throughout the third trimester of pregnancy.

Since Count the Kicks’ founding in Iowa, the state’s stillbirth rate has decreased by over 30%. The company hopes to save about 7,500 babies each year through its efforts and expansion.

In the state of South Carolina, there are almost 400 stillbirths each year, according to DHEC.

Stillbirth is defined as an infant born with no signs of life and an appearance, pulse, grimace, activity and respiratory test score of zero at 20+ weeks of gestation, according to research published in the medical journal Obstetrics & Gynecology.

Count the Kicks encourages expecting parents to start a timer and record the time it takes to feel ten fetal movements. (It’s recommended parents record at a similar time each day when their child tends to be active.) After each counting session, parents should compare the time with past sessions and should contact their healthcare provider if they witness a significant change, according to Count the Kicks’ website.

The organization has a mobile app to help keep track of the counting and has partnered with 14 state health agencies to provide free or low-cost education and resources nationwide.

“We’re changing the way providers have conversations with expectant mothers,” said Price. “The awareness and education regarding fetal movement allows expecting mothers to be more cognizant of their child’s health and to speak up and get help if they notice a change,” Price said.

The partnership was announced in October, which is National Pregnancy and Infant Loss Awareness Month.

Currently, the United States is the only developed country with a consistently rising maternal mortality rate, according to the World Health Organization.

There are large racial disparities present as well. Black women are twice as likely to lose a baby to stillbirth than white women, and black women are also three times more likely to die of pregnancy complications, according to the CDC.

“DHEC wants every mother and baby to have a healthy birth day, and we are committed to improving birth outcomes and preventing stillbirths in South Carolina through the Count the Kicks public health program,” DHEC Director of the Bureau of Maternal and Child Health Kimberly Seals said in a press release.

Since becoming an ambassador, Danielle Barkley has grown her family and helped countless other families do the same. In fact, she’s due to have her new baby boy this Friday. 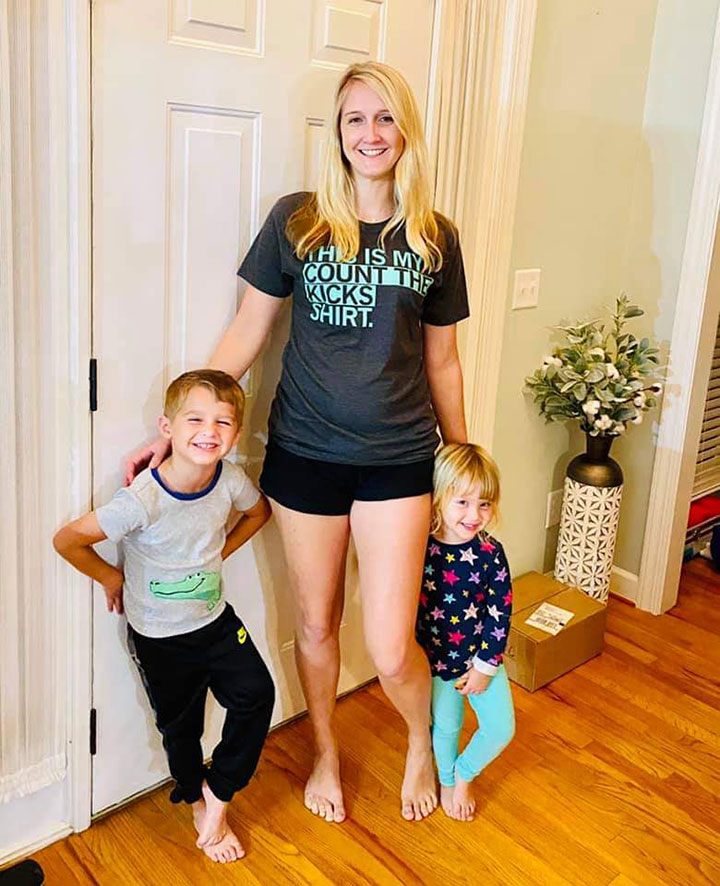 Danielle Barkley, who lives in Charleston, works to ensure parents don’t have to go through the experience of losing a child, like her family did when her daughter, Lydia, was stillborn in 2014. She volunteers as an ambassador for Count the Kicks by raising awareness and educating expecting parents. Photo courtesy of Danielle Barkley 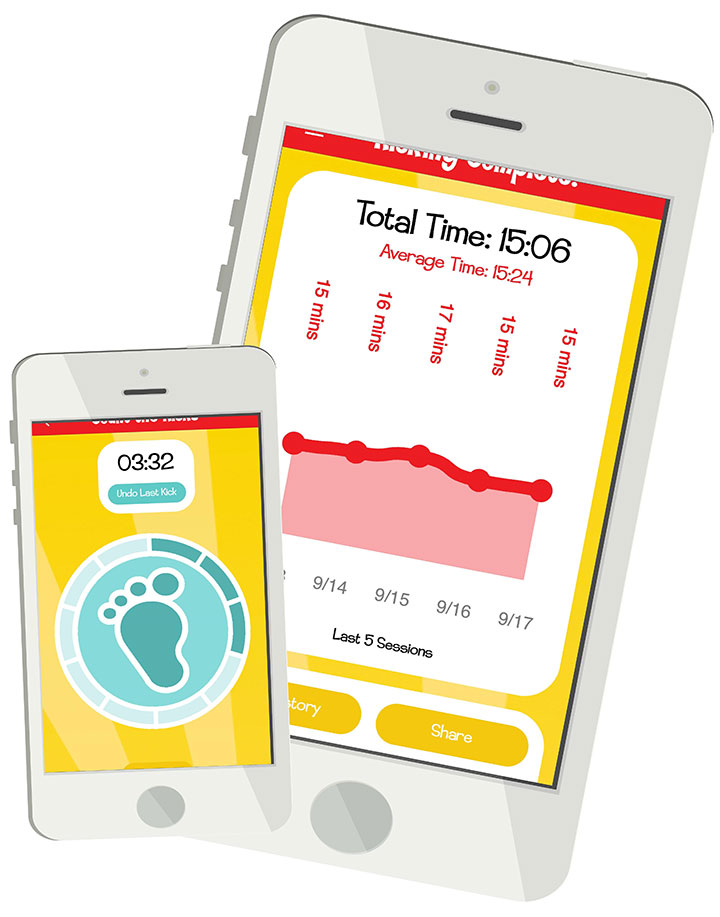 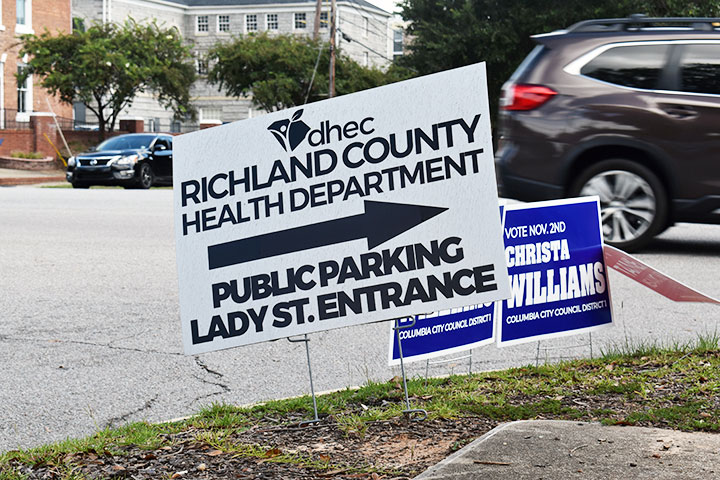 The partnership between Count the Kicks and South Carolina DHEC will remove barriers and give health care professionals and expecting parents greater access to awareness and education surrounding fetal movement monitoring. Photo by Connor Hart