EDM drops the beat on Columbia 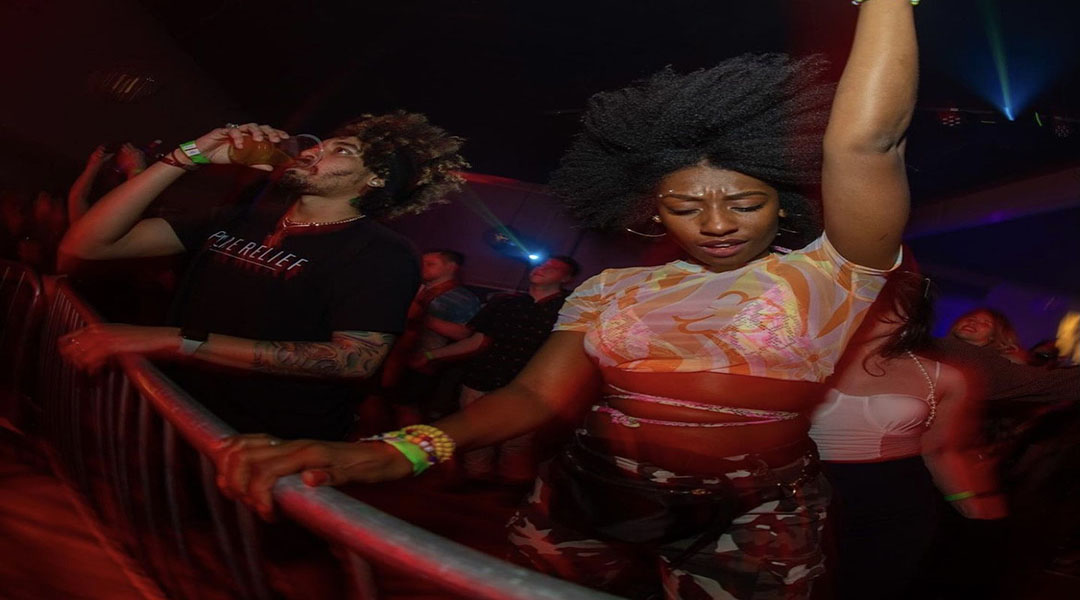 The venue is vibrating from the bass. The room is bathed in a neon glow. The people are headbanging and shuffling. It’s a Friday night in Columbia at an electronic dance music concert, otherwise known as an EDM rave.

“The bass music scene is out of the box; they think in very different ways,” said Chris Morphis, an artist who does live painting at EDM shows and festivals. “It’s not cookie cutter. There’s always something new and fresh.”

Since its inception in the 1980s, EDM has grown massively in popularity, especially in recent years. The blood-pumping genre is known for its heavy bass and computer-generated beats. But, there was a time when EDM was nothing but a small blip on the music community’s radar.

Dalton Heir, a music producer and DJ, recalls a time when EDM wasn’t popular in Columbia.

“You used to seem quite weird around here if you listened to EDM,” Heir said.  “People would look at you a certain way and I’m, like, okay with that because I’ve always been kind of weird. But it’s becoming more and more popularized and more and more celebrated.”

Now, on most weekend nights in South Carolina’s largest cities, you can find a venue focused solely on EDM.

One of the major venues for EDM in Columbia is Main Course, a restaurant with a club atmosphere that hosts a variety of raves with local EDM artists. The downtown venue has consistently put on EDM shows since 2020, resulting in a spike in traction for the genre in the city.

Matt Tuton, the event coordinator at Main Course, said EDM shows at the venue have only been getting bigger with sellout crowds.

Sophie Maxwell, a fourth-year criminal justice major at the University of South Carolina, believes that Main Course is making a name for itself as a premier EDM venue.

Most of the EDM shows performed at Main Course are directly because of Player 1 Productions, “a concept that anybody can do anything they want on this planet as their own player,” according to Jakes Niles, the owner of the production company.

“The whole company was based off of the idea that we’re going to give the EDM community a highlighted chance in Columbia,” Niles said. “We don’t get a lot of tours through here. So, we kind of teamed up and started giving everybody a chance.”

“Honestly, Jake is attributed to a lot of the EDM growth around here,” Heir said. “He’s the one putting in the work.”

EDM isn’t just about the music. There’s a variety of factors that make EDM shows unique, including flow arts and a devoted community. This combination is what pulls people to the scene, according to Madison Johnson, owner of Soda Synergy, another EDM-specific production company in Columbia.

It’s not uncommon for EDM fans to welcome newbies with open arms. Johnson said she loves seeing new faces and introducing the growing music genre to her friends.

“The inclusiveness and loving atmosphere, surrounded by the music, just makes me want to cry,” said Johnson. “It’s so beautiful.”

EDM also brings a sense of joy and satisfaction to those who create the coveted beats. This includes Heir, who has been creating music since the age of 13.

“It’s hugely fulfilling. I’ve made music for years with no exposure or no one would care really,” Heir said. “I remember the first time I played a show it was like a huge weight was lifted from my shoulders that I didn’t know I was carrying. It’s a really rewarding and enriching experience for my life.”

Main Course, as well as other popular venues in Columbia, have EDM shows scheduled for the rest of the year. Player 1 Production will hold its next show at the venue Friday, March 25, headlined by EDM DJs The Widdler and Pushloop. On Saturday, March 26, Soda Synergy is presenting EDM artist Elderbass. 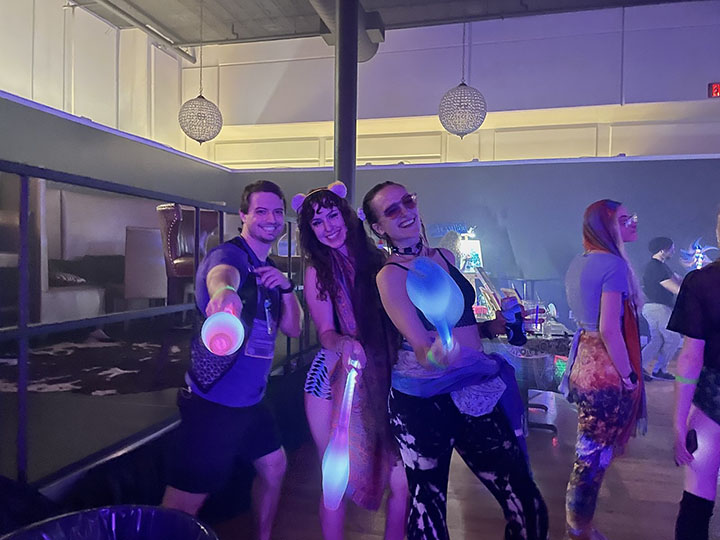 Flowing is a popular dance style at EDM concerts. The goal is to achieve a meditative mental state rather than just entertaining. 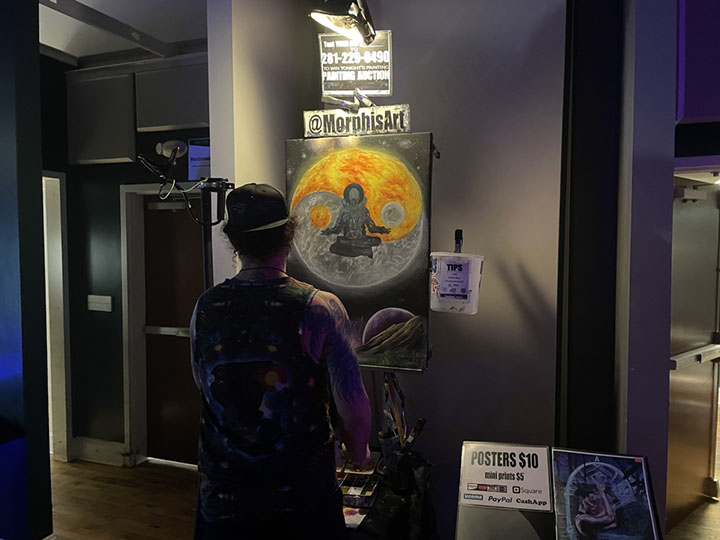 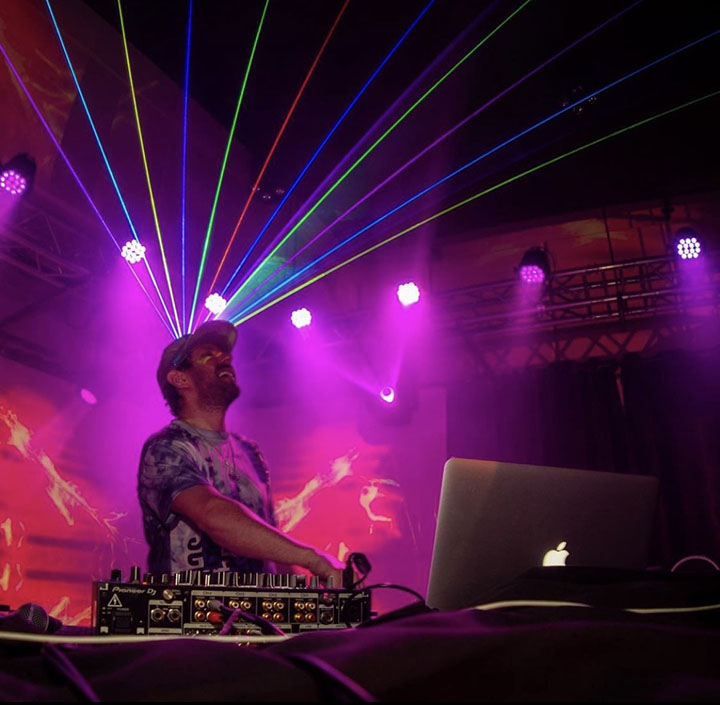 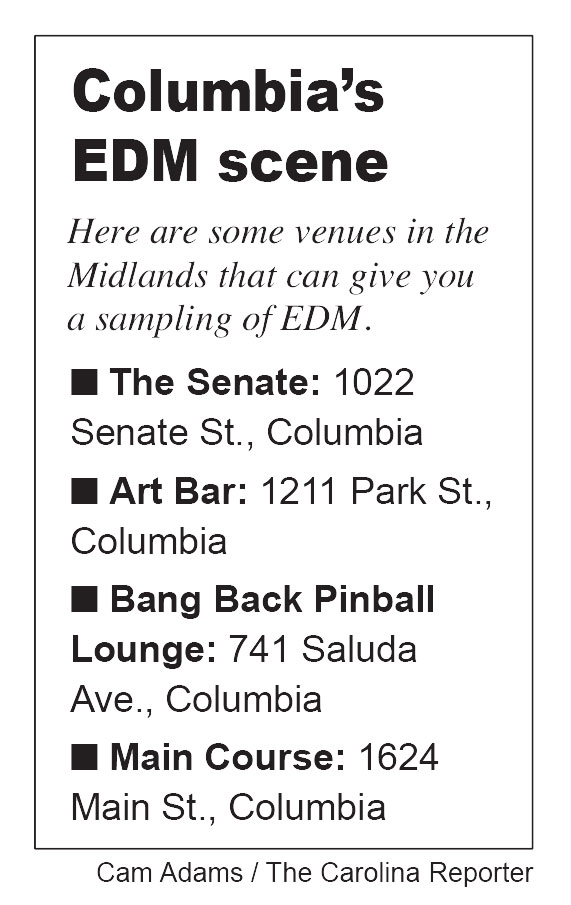