Encouraging stutterers to find their voice

About 1% of the adult U.S. population experiences the confounding phenomenon of stuttering, a speech disorder in which the flow of speech is disrupted.

People with the condition often feel isolated from those who speak fluidly. Sometimes, they face ridicule and marginalization. Because of stutterers’ struggles to conform to the regular flow of conversation, the condition entrenches itself deep within their psyches.

“For just about everyone I know who stutters, at some point in their lives stuttering has been very consuming,” said Charley Adams, a speech pathologist and assistant professor at the University of South Carolina’s Arnold School of Public Health. “Many people who stutter struggle enough that, sometimes, they feel like it defines them.”

This fixation on stuttering leads many with the problem to choose college majors and seek jobs related to stuttering – rather than pursuing their passions.

“Which is really unfortunate,” said Adams. “Because our goal, our hope, would be for people who stutter to do exactly what they would like to do – whether they stutter or not.”

In pursuit of that goal, Adams and Aisha Haynes, assistant director of the university’s Center for Teaching Excellence, led a workshop on Oct. 21 for educators, students, stutterers and their friends about methods to raise awareness and heighten empathy for those who stutter. Attendees tried to write while partners sporadically pushed their writing hands – giving participants a taste of what it’s like to try to break through a stutter.

For Haynes, the workshop was personal. She developed a stutter while she was in high school, but she hid it for several years. After she took a job at the Darla Moore School of Business, several years later, her stutter surfaced – and a colleague responded with mockery.

“It was the first time, then – I think I was about 24 years old – that anyone ever knew that I stuttered besides myself,” said Haynes. “And I felt so angry, and so down, and so hopeless.”

Emotions like these are common for people who stutter – leading many stutterers to hide the condition. Some stutterers become adept at concealing their speech struggles in a condition known as covert stuttering. However, covert stuttering can greatly impact a personality.

“If you stutter, and you’re good enough to hide it completely from people, you’re having to work very hard,” said Adams. “You’re probably not participating in a lot of things that you’d like to participate in – and when you are in those speaking situations, you’re probably saying a lot less than you could say or, especially, would like to say.”

Rather than avoiding encounters and hiding her stutter, Haynes achieved great success after she embraced her stutter.  She became involved with the National Stuttering Association, a nonprofit advocacy group that works to destigmatize stuttering. She has now lectured as a keynote speaker six times and delivers presentations for local and national congregations.

“It’s still a struggle, day in and day out, but I know that together with my National Stuttering Association friends, we are strong,” Haynes said.

Haynes and Adams hope that the CTE workshop can help instill that strength in others struggling to overcome their insecurities and others’ derision.

The CTE will host a screening and discussion panel about stuttering at USC’s Russell House Theatre on Oct. 24 at 5 p.m. 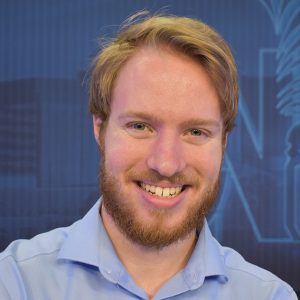