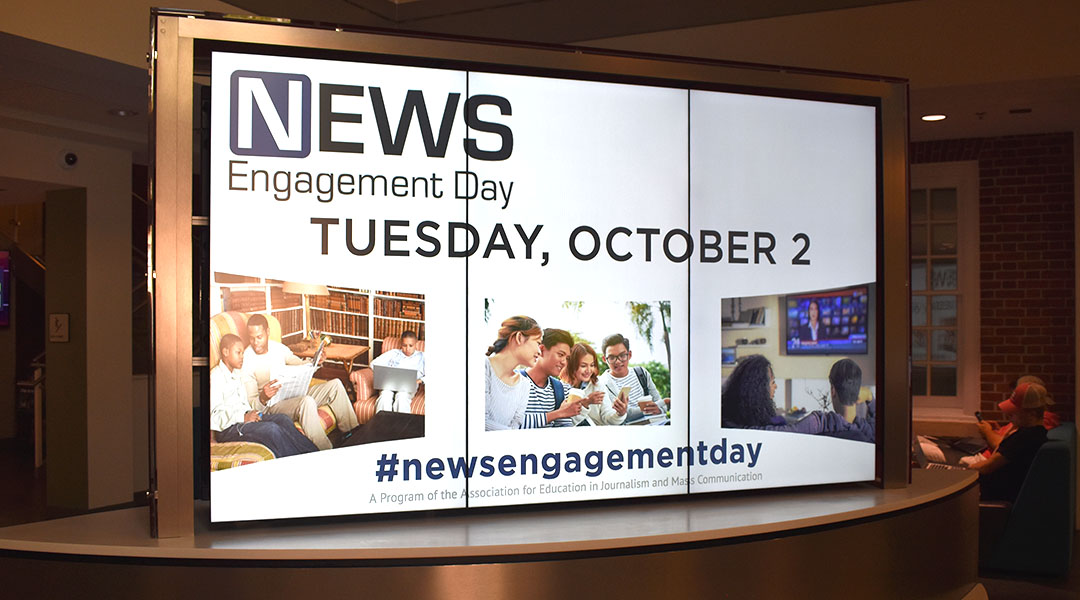 It was News Engagement Day at the University of South Carolina Tuesday, and journalism students heard from two professionals about their evolving roles in the news business.

“There’s quantity and then there’s quality,” said Sarah Ellis, a reporter for The State, the capital newspaper in Columbia. “Over the past year, we’ve taken the time to make sure we’re really producing quality, things people actually want to read.”

Ellis, who covers local government, and Avery Wilks, government reporter for The State, spoke with the students about their roles in the modern newsroom amid a digital revolution, and explained what students can do to prepare for their potential roles as news professionals. Both Ellis and Wilks graduated with a degree in journalism from USC.

“Because the newspapers have gotten smaller, we’ve had to get smarter,” Wilks said.

Sponsored by the Association for Education in Journalism and Mass Communications, News Engagement Day was created “to encourage engagement with news and promote understanding about the principles and processes of journalism in a democratic society.”

Annually held on the first Tuesday of October, News Engagement Day was created by former AEJMC president Paula Poindexter. Poindexter started the national campaign hoping to reverse the public’s declining interest in news and growing mistrust in journalists as a whole.

It was clear from Tuesday’s instant classroom polls in Leigh Moscowitz’s Media and Society class that young people are consuming news far differently from their elders. In probing their news preferences, Moscowitz, an associate professor and head of the public relations division in the journalism school, found that Twitter was the top vehicle for news, followed by Facebook. None of the students had read a physical newspaper that day.

In an era of digital reporting, avenues of journalism that were once considered unconventional are often now the preferred method of news gathering.

USC sophomore Quin Mewborne says that she doesn’t like watching the news because she finds some of the visuals to be distracting.

“I don’t have cable; I don’t know very many people who have cable or like to watch cable,” Mewborne said. “I don’t like to watch the news because they add a lot of colors and stuff that sort of, I think, take away from it. I prefer to read my news.”

Many also noted that politics can often influence news, causing them to turn to news outlets that they may not normally tune into in order to get the full story.

“I know that it’s very important, especially in this political climate, to make an effort to read news from different points of view,” USC First Lady Patricia Pastides said. “I think it’s important for people to seek that out, so that they can make a better judgment for themselves.” 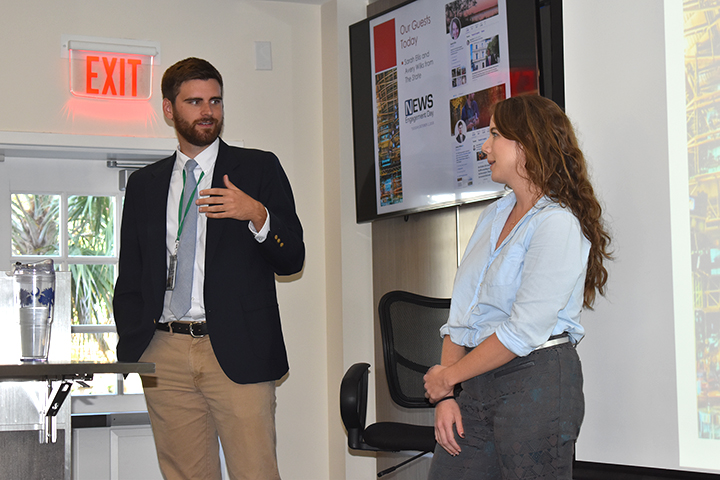 Avery Wilks and Sarah Ellis, reporters for The State, the capital newspaper in Columbia, tell students what they can do to better prepare themselves for a career in journalism. 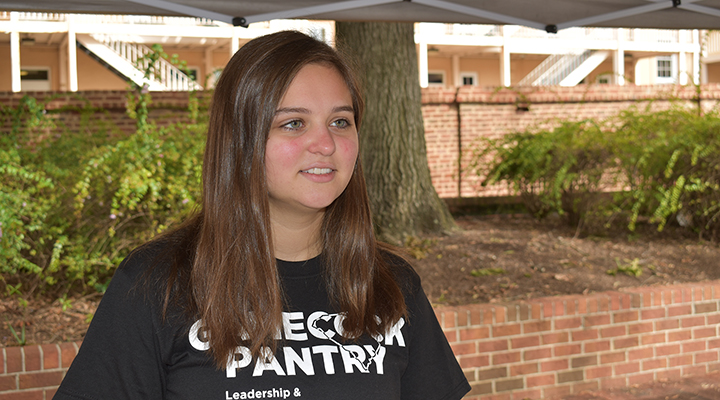 USC sophomore Quin Mewborne says that she most often gets her news from a newsletter called “The Flip Side.” 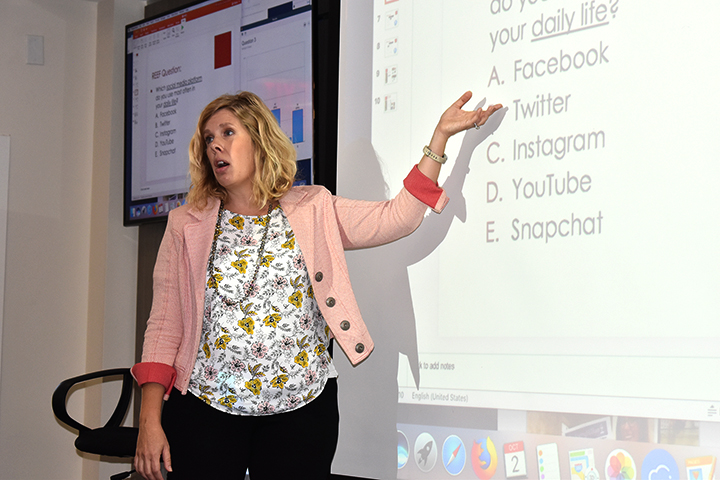 Leigh Moscowitz, an associate professor and head of the public relations division in the journalism school, polls her students to find out which social media they regularly use to consume their news. 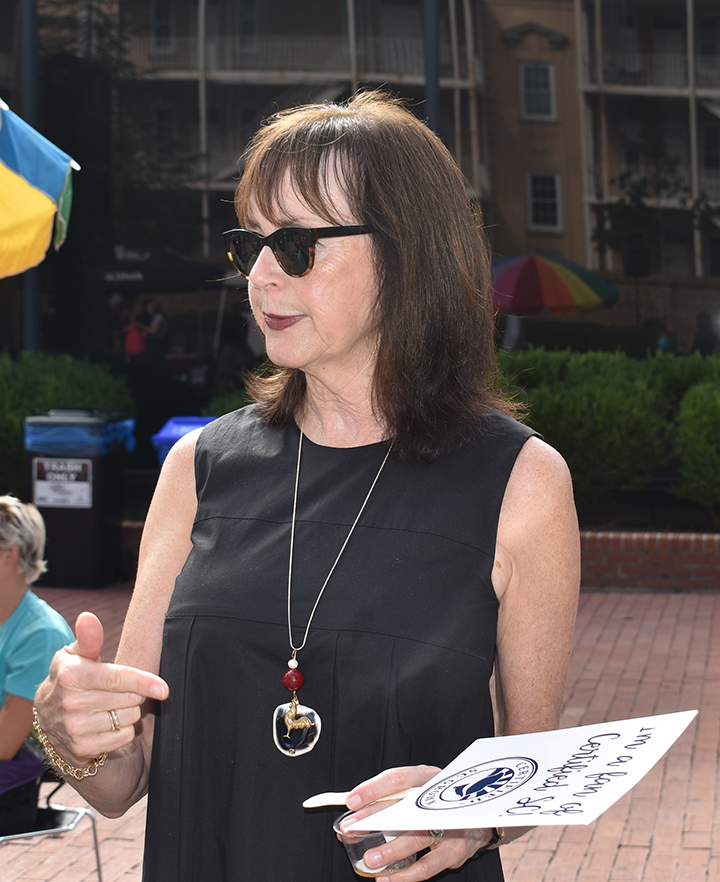 USC First Lady Patricia Pastides says she starts every morning by watching the news, and continues to consume news throughout the day in various ways.