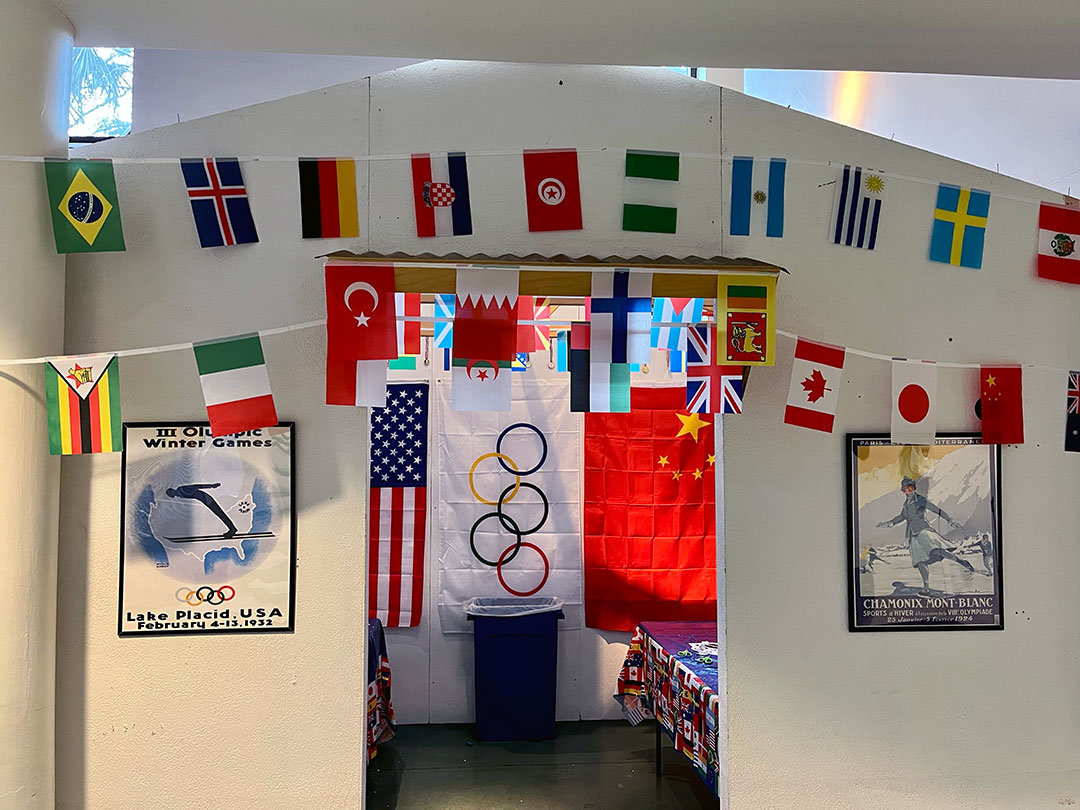 The Olympic Village in the “Snowville” exhibit at EdVenture Children’s Museum features flags from countries across the world and information about the history of the Winter Olympics. Photos by Jacob Gamble. Graphic by Hannah Litteer.

The EdVenture Children’s Museum in Columbia has added an Olympic Village to its “Snowville” exhibit modeled after the 2022 Winter Olympics now underway in Beijing, China.

The Olympic Village showcases flags of countries across the world, pictures, crafts and information about the Winter Olympics. The other attractions in Snowville include a kid-sized hockey rink, a slick snow-tubing hill and a snowball cannon enclosure.

“We’ve really tried to incorporate [the Olympics] to have something exciting to celebrate and bring in an educational factor,” said Elizabeth McCaw, the museum’s development coordinator.

The exhibit has been a draw for guests coming to EdVenture, which is partly due to a video posted by Blippi – a popular educational YouTube channel for children – that featured the exhibit. Since it was posted in 2020, the video has garnered more than 16 million views.

“Children [are] very excited to see Snowville now,” McCaw said. “So it’s kind of a destination exhibit at this point.”

Snowville began in 2014, according to McCaw, to help children learn more about snow and the winter season, since snow is a rare occurrence in the Midlands.

This winter is the first time the exhibit has been open in nearly two years due to COVID-19 and children are excited to play with the attractions again, said Jamie Smith, a museum experience associate.

“Weekends are absolutely crazy. We get kids on the slide and then the hockey rink,” he said. “It really seems like the community loves it.”

“It’s been pretty cool so far,” said Kyle Hendry, a parent from Cocoa Beach, Florida who brought his kids to the museum during a road trip to Tennessee.

The exhibit will be open until Feb. 27. Admission to the museum, which includes Snowville, is $11.95 for children and adults. 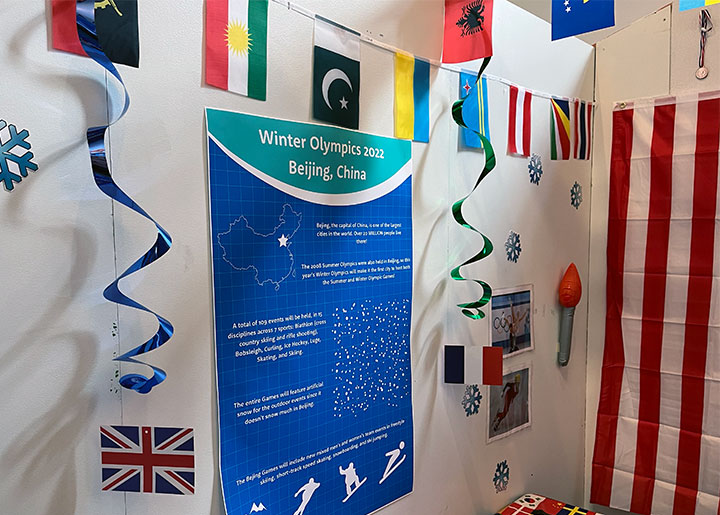 The exhibit includes infographics about the 2022 Winter Olympics. 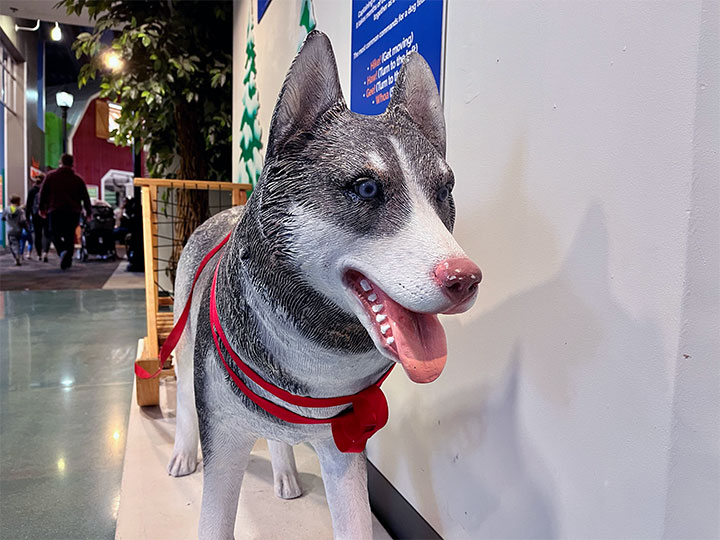 There are many themed displays throughout the exhibit. 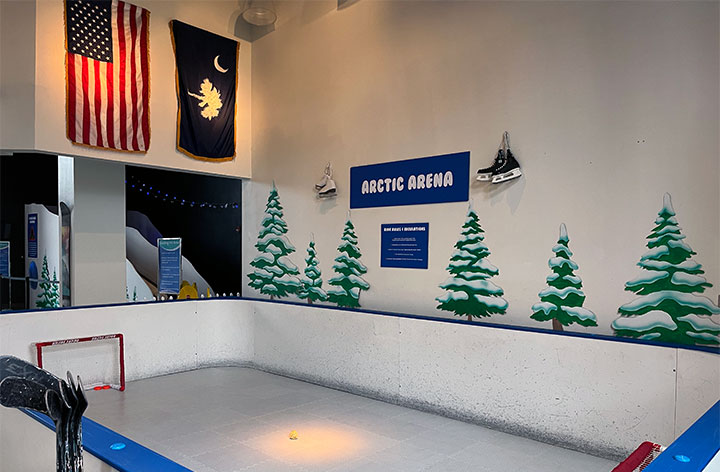 The indoor hockey rink is a popular attraction for children on the weekends. 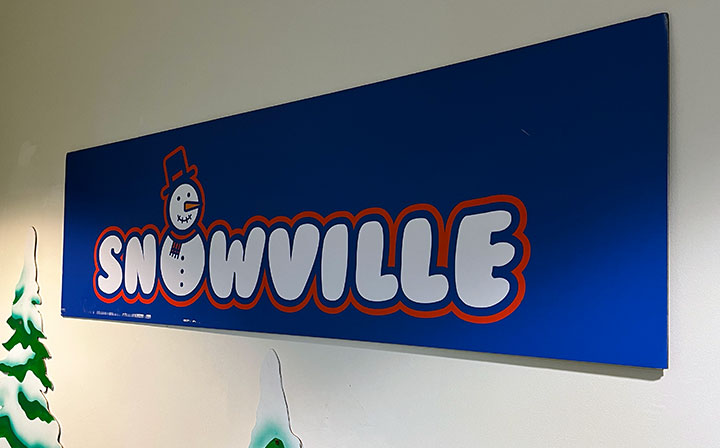 Snowville provides an opportunity for children in the Midlands to experience a snowy atmosphere.

Hannah Litteer is a senior multimedia journalism student from Greenville, South Carolina who aspires to be an editor or copyeditor for a magazine after she graduates in May. As a writer for Her Campus South Carolina, she developed a passion for covering women’s empowerment and anything related to lifestyle, health, beauty and relationships. She has stories published in InterCom magazine where editing stole her heart after she joined the editorial team. In her free time, Litteer enjoys reading and spending time with her friends, family and cat, Rick.