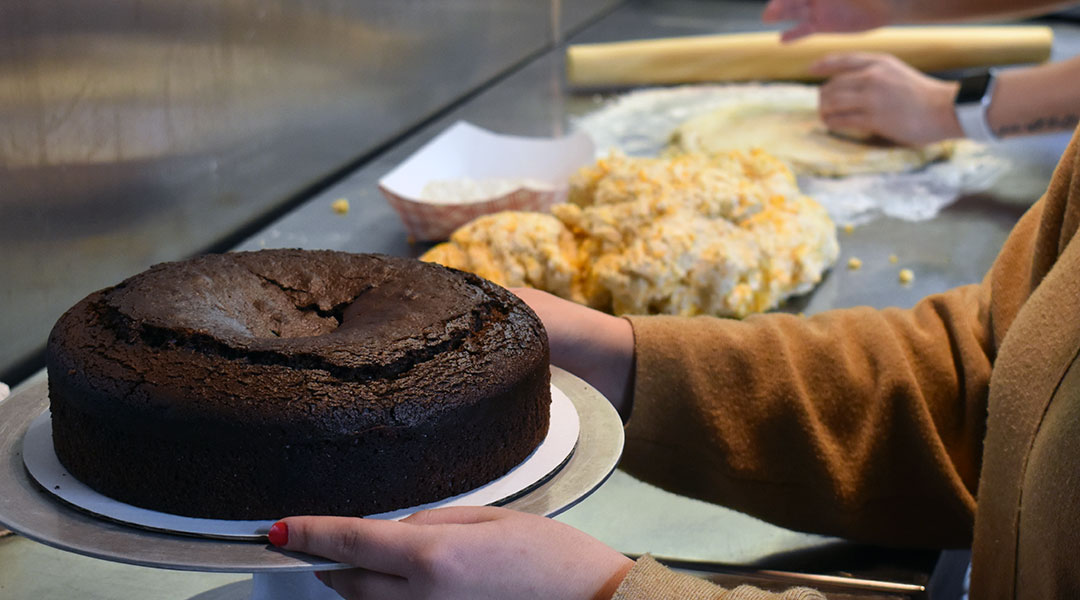 A UofSC student shows off a handmade cake at the McCutchen House, where the final round of World Food Championships will be held. Photo by Ashley Miller.

The University of South Carolina’s McCutchen House will host the final round of the World Food Championships between April 29 – May 1.

‘The Final Table,” the final level of competition, will bring in 10 chefs from around the United States to compete in cooking competitions at McCutchen House on the Historic Horseshoe. The top chef will be picked on May 1.

Since 2021, The World Food Championships attracted more than 1,500 cooks from 42 states and six countries during its tournament’s search for the best cooks and artisans around the world.

There will be three rounds of food competition inspired by farm-to-table cuisine. The World Food Championship is the largest food competition in the United States, where competitors come together for a chance at winning the “ultimate food crown” and a cash prize of $100,000.

“We are really excited to be partnering with such an up-and-coming culinary destination,” Mike McCloud, the CEO of World Food Championships, said in a news release.

After looking around different sites in Columbia to host the final round, McCloud selected McCutchen House to host the global competition. McCloud came to South Carolina and approved of the location.

McCloud has known about UofSC after vacationing in the state. It is not a new place to him and “he put two and two together,” said George Hendry, the director of the McCutchen House and Marriott Lab, a teaching space where UofSC students learn how to prepare foods.

“Some people know about the McCutchen House and the Horseshoe and others don’t,” Hendry said.

McCutchen House operates as a restaurant located on the university’s Historic Horseshoe and operates during the school year for students in the College of Hospitality, Retail and Sport Management program to gain hands-on experience.

Hendry thinks the competition will generate positive publicity for the university but will also benefit students in the HRSM College by helping set up for the competition and serving the judges.

“I think we have Southern hospitality,” Hendry said. “We are proud of the way we work together. We don’t hide it.”

The project will follow the university’s COVID-19 guidelines so that means spectators will not be allowed inside McCutchen. But Hendry said he hopes the competition will be televised on the Horseshoe.

The competitors and their families will be treated to dinner the night before the competition in the garden area of the McCutchen House. This will include a farm-to-table style dinner for everyone involved, which is estimated to be around 100 people.

“We are looking forward to a great turnout and some delicious food,” McCloud said. 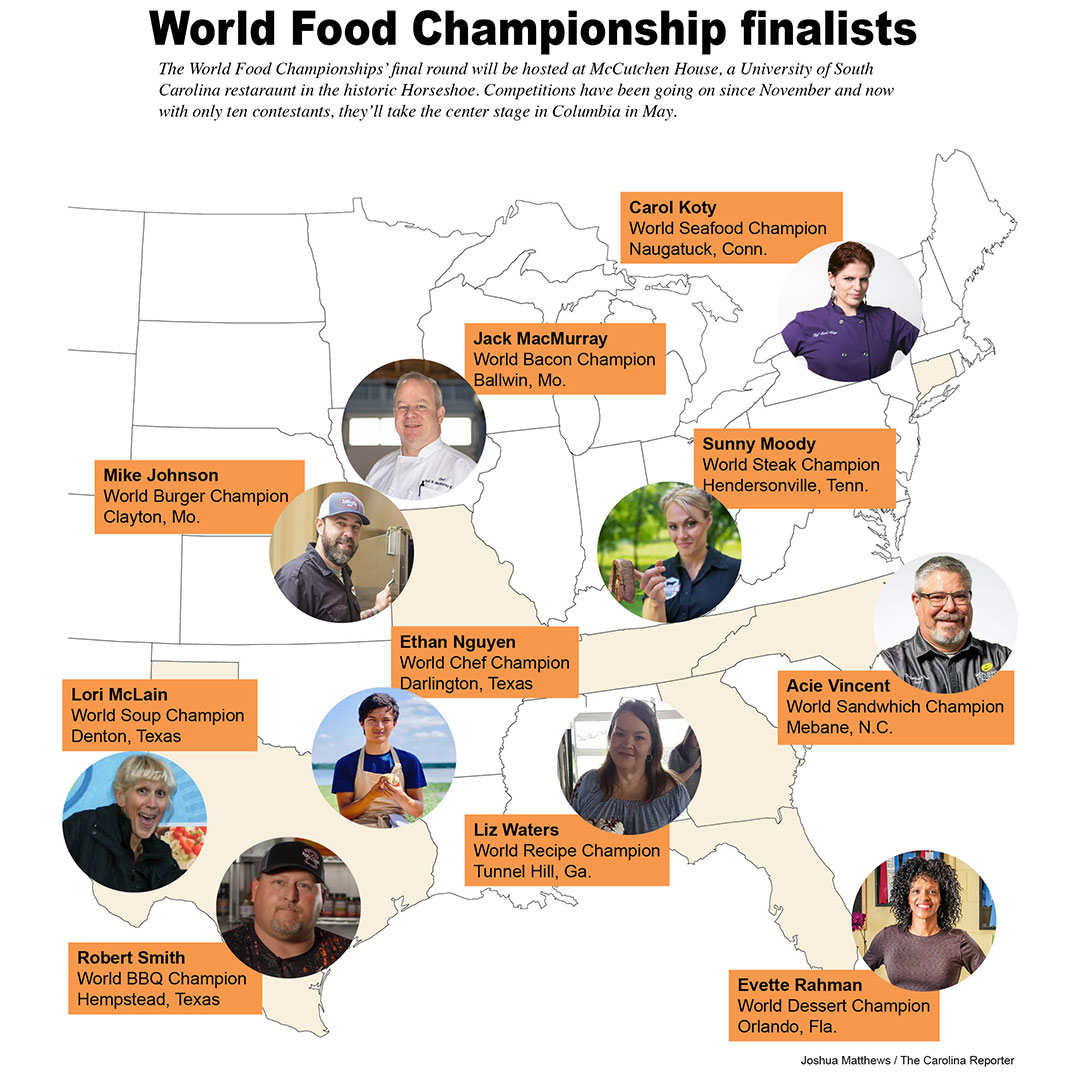 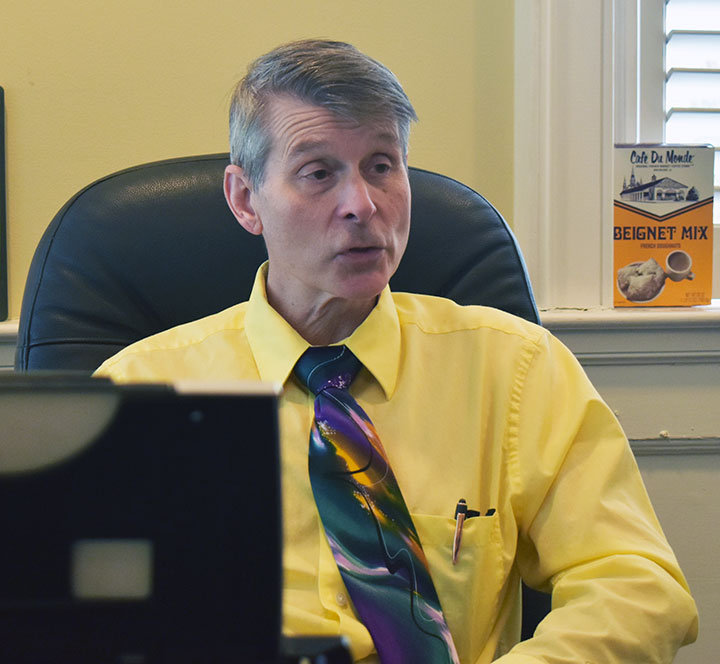 George Hendry, director of the McCutchen House and Marriott Lab, thinks the competition will enhance the learning experience for UofSC students. Photo by Josh Matthews 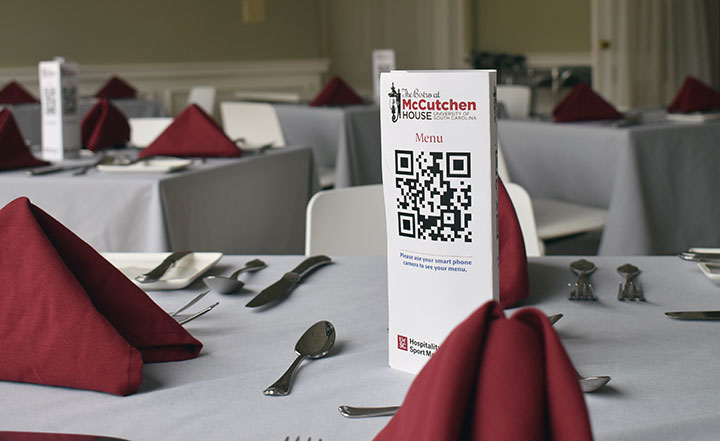 Students prepare a main dining room in the McCutchen House on the Historic Horseshoe. Photo by Josh Matthews 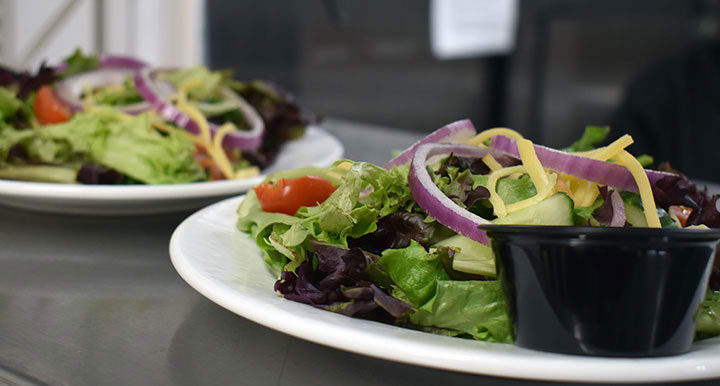 UofSC students in the hospitality program prepare a salad at McCutchen House as a first course for guests. Photo by Ashley Miller

Ashley Miller is an aspiring investigative reporter coming from Lancaster, South Carolina. Miller worked for Fusion Magazine as a photo-journalist in Kent, Ohio her freshman to sophomore year of college. She continues to help them remotely, hoping to take these skills out into the real world. She hopes to intern over the summer to gain even more expertise after graduation. Miller wants to eventually write for a daily publication and bring the thought of news to younger minds.

Josh Matthews is an aspiring entertainment and sports reporter from the low-country of South Carolina. He has been an intern reporter at ColaDaily and a journalist for The Cultured Nerd and The Spurs Up Show. He also has marketing experience as an intern at Bleav Podcast Network and the Post and Courier. Sources confirm he’s a pretty cool dude though.