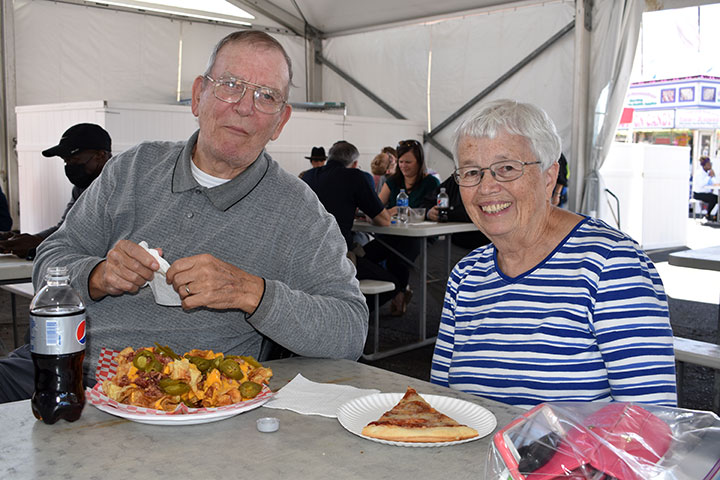 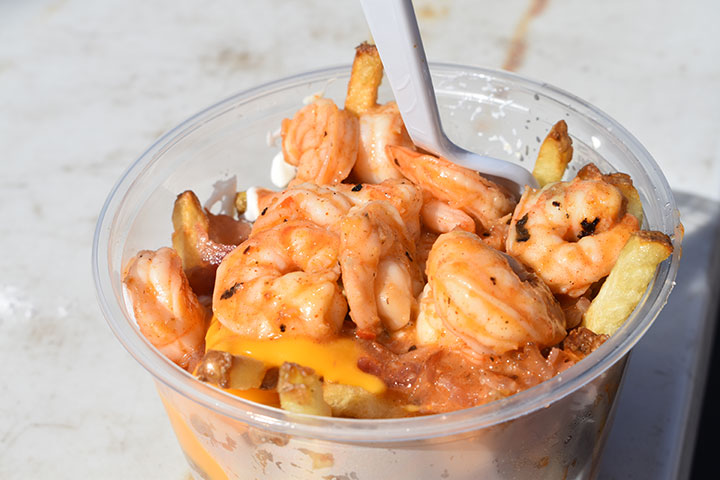 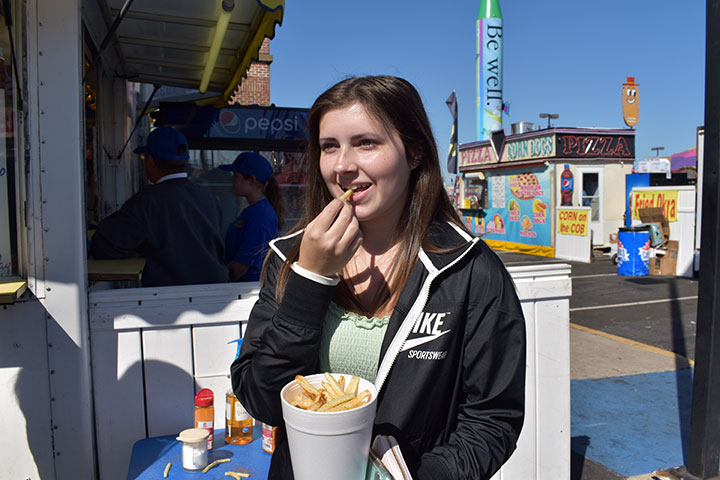 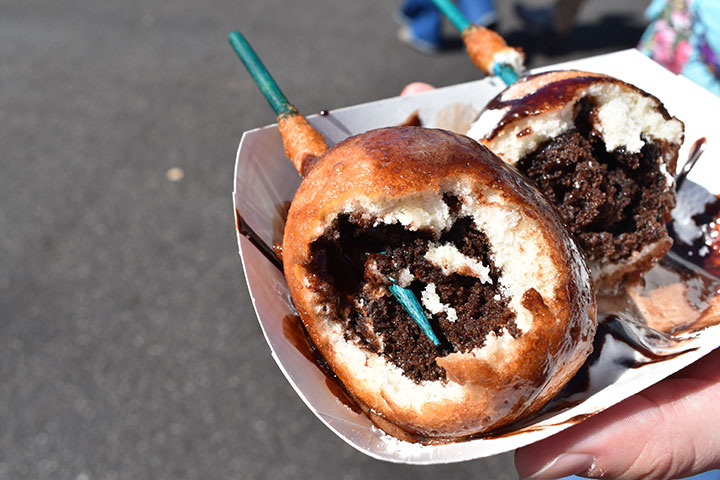 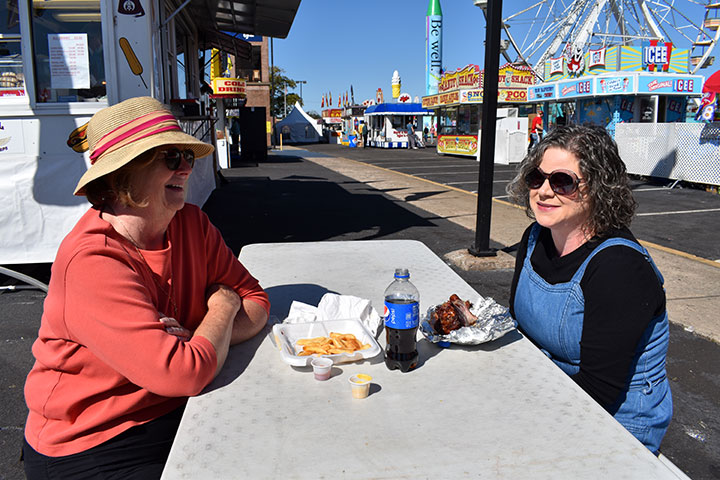 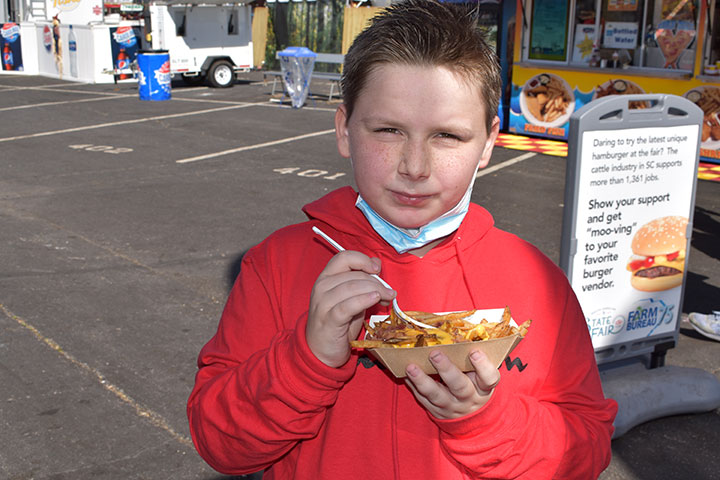 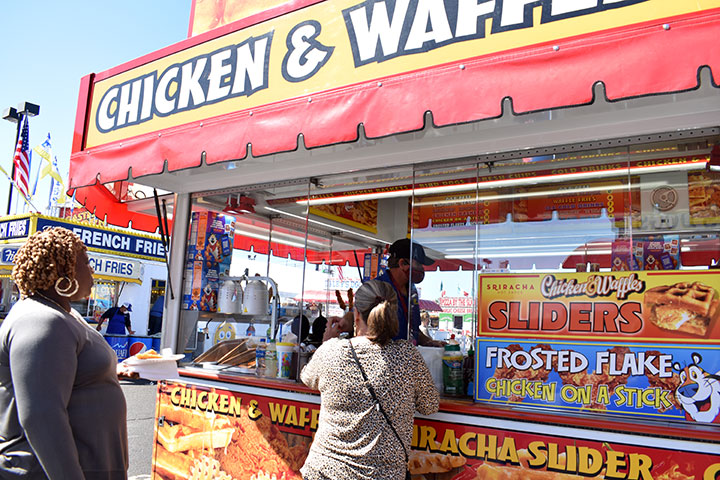 After record-breaking attendance Sunday at the South Carolina State Fair, the crowd on Monday was a little more sparse. But patrons still lined up to try delicacies ranging from the new deep-fried lava cake to the traditional Fiske Fries that have been around since 1938.

Many unique foods made their debut this year. Despite the name, the new “Steak & Eggs Sundae” from DeAnna’s Steak Sundaes contains no ice cream, but instead, a combination of fries, cheese, sour cream, cheesy grits, a fried egg and sirloin steak. Another more adventurous option is the Frosted Flakes chicken-on-a-stick from the Chicken & Waffles concession.

“The sweetness of the Frosted Flakes really compliments the saltiness of the chicken, and it all seems to work,” said Terril Bishop, a manager of the food vendor.

Amid the specialities, the fair still has its staples — foods such as corn dogs, donut burgers, milk and cookies, turkey legs, cotton candy and candy apples. That suited Howard and Pat Gundler, of Columbia, just fine since Howard Gundler was more daring in his culinary exploits. He went for a plate of loaded chips while his wife nibbled on pizza.

Patrons can indulge in their guilty pleasures at the State Fair until Oct. 24. 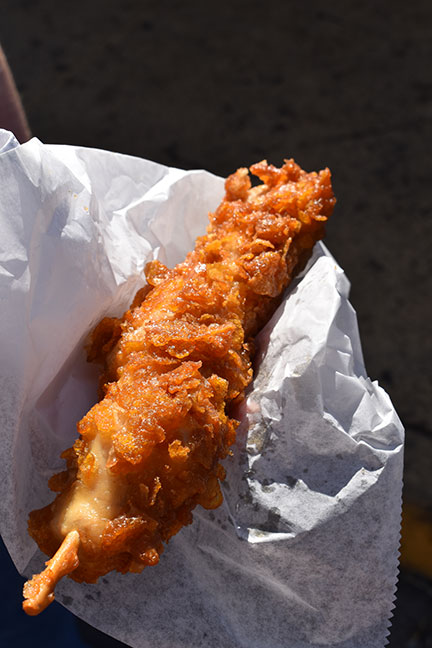 Frosted Flakes chicken-on-a-stick from Chicken & Waffles is one of the many unique foods people can sample at the State Fair. Photo by Sheila Paz 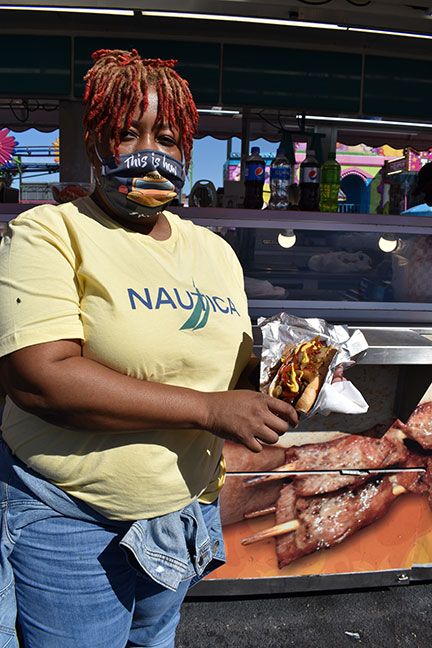