Fire Safety Day teaches students how to prepare for emergencies 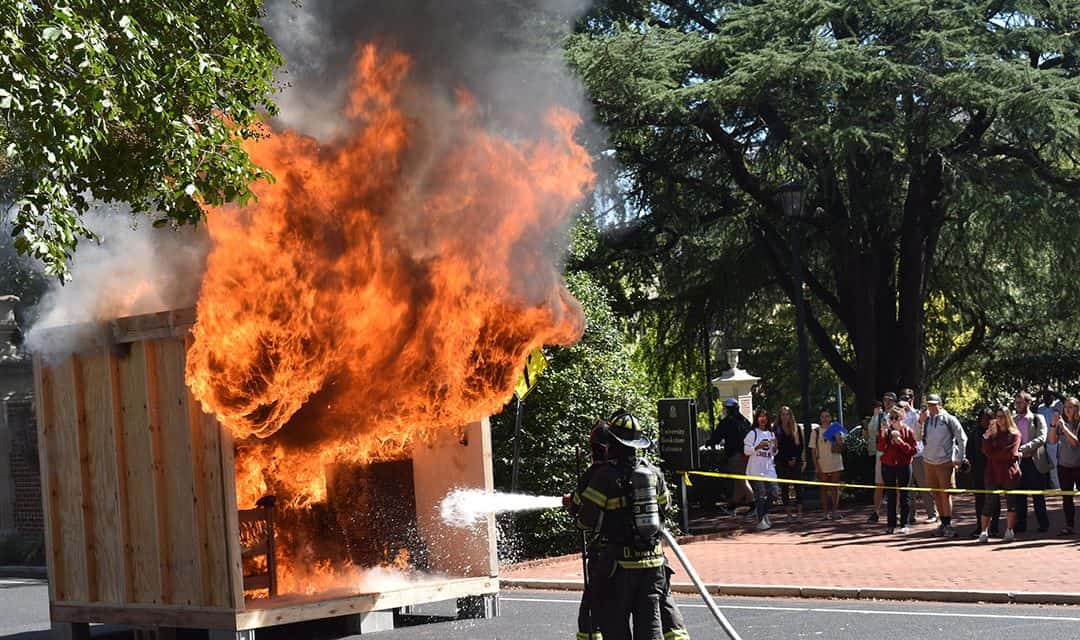 A dorm room went up in flames on the University of South Carolina campus Thursday, but fortunately it was only a simulation to educate students how to look out for fire hazards and practice fire safety.

USC Fire Safety, the Columbia Fire Department and UofSC housing joined forces to kick off this year’s Fire Safety Day at UofSC. Fire officials invited students to Greene Street for live demonstrations and interactive exhibits to better prepare them in case of an emergency.

Students could put out a controlled fire with a fire extinguisher, search a mock dorm room for fire hazards and walk through an imitation smoky room to learn how to get out. The simulated dorm room blaze gathered the largest audience, before local firefighters hosed down the structure in seconds.

Second-year UofSC student Jared Bazon said before he came to Fire Safety Day, he would have had no idea what to do if he encountered a fire at his off-campus apartment.

“I learned how to actually put out a fire with a fire extinguisher. It’s not as heavy as I thought it would be at all, so it was a lot easier,” Bazon said.

“I want people to know that we’re there to provide information and safety classes. All they have to do is reach out to us,” Griffin said. “We’ll set up a time and we’ll come out and do a class. We don’t care how big it is. We enjoy it.”

Griffin said the top fire hazards he sees among college students are overloaded extension cords, leaving a phone or computer charging on a bed, burning candles, messy rooms and covering smoke detectors. Cooking is one of the top causes of a fire and cooking with grease is especially dangerous, according to Griffin.

In addition to being able to identify and eliminate fire hazards, he suggests having battery-operated smoke detectors in living spaces, being aware of where a fire extinguisher is and how to use it and knowing your safety route to get out in the event of a fire. Griffin said remaining calm during a fire is essential.

Columbia fire marshal George Adams added the most important thing to remember in case of a fire is to evacuate and to not go back in for anything.

He stressed that everyone, especially college students, should always be ready with an emergency plan.

“I think the most common misconception about fire safety is that people think it couldn’t happen to them. A fire (size) doubles every 60 seconds and particularly if you’re careless, it could happen,” Adams said. 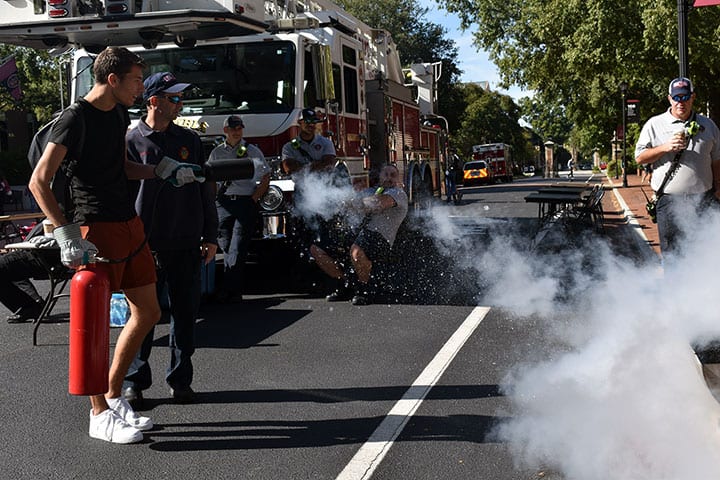 The Columbia Fire Department taught USC second-year student Jared Bazon and other students how to use fire extinguishers to put out a small fire. 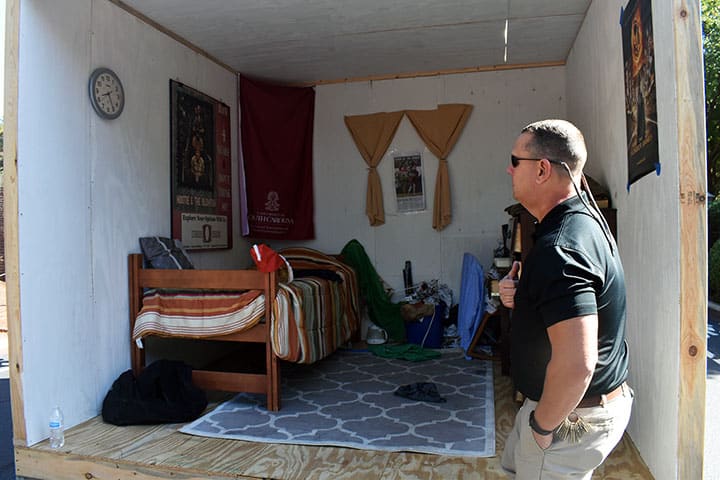 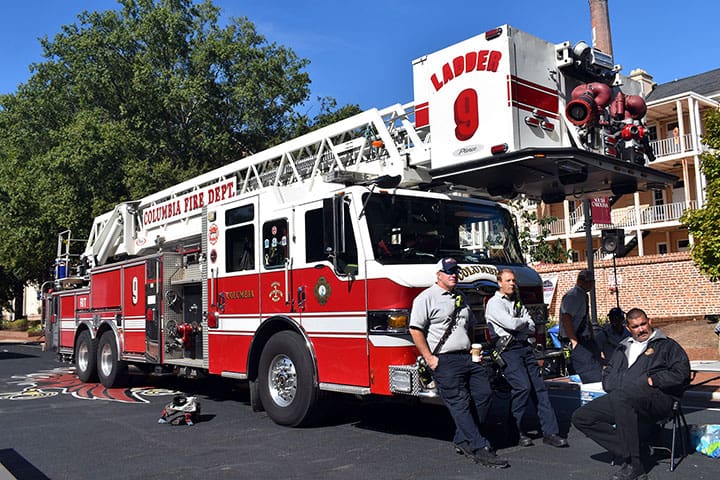 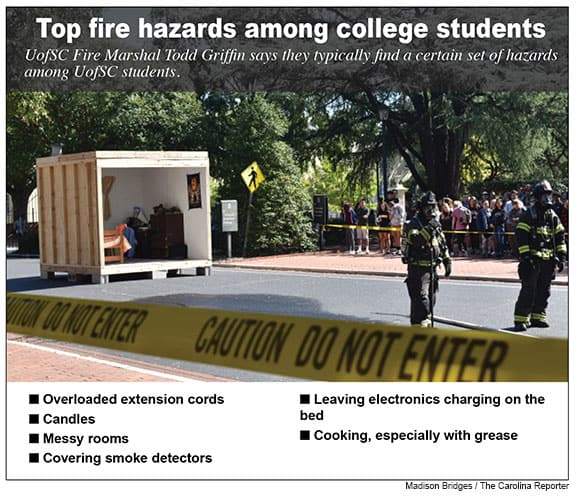