Columbia rooftop bars you can still enjoy in chilly weather 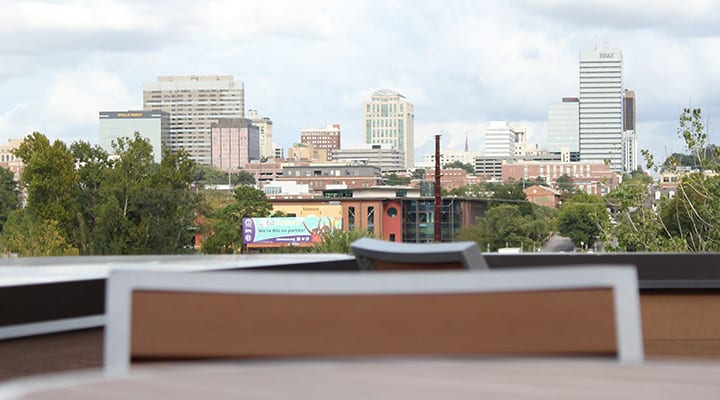 Black Rooster on Meeting Street in West Columbia has a rooftop bar that looks out to the downtown Columbia skyline. Credit: Hayden Blakeney

But those sitting at the rooftop bar tend to opt for a more casual option, the Royale with cheese. The burger is, yes, a Pulp Fiction reference, and served French onion style – two chuck and brisket patties with gruyere, caramelized onions, demi glace aioli and house pickles on a French bun.

“I have waited 20 years to incorporate it into a restaurant,” Columbia chef and restaurateur Kristian Niemi said. “I kept thinking at any given day now someone’s going to open a restaurant in town here and they’re going to use that and nobody ever did.”

Niemi is the owner of Black Rooster which opened in August. He’s opened several upscale establishments in Columbia before Black Rooster’s conception, with Bourbon being the most recent in 2014.

Black Rooster’s cocktail menu is still being developed, but one drink that stands out to guests is the French fashioned, a French-inspired old fashioned that uses a French orange liqueur.

“We have a view of the West where we can watch the sunset and we can look to the North and see how the sunset plays off the cityscape,” Niemi said.

Those looking for a view on the other side of the Congaree River can head over to Hendrix on the corner of Main and Blanding streets.

The restaurant and rooftop bar faces the Tapp’s building and looks down historic Main Street. Like Black Rooster, customers can find higher-end food and a cocktail menu.

Hendrix opened in December 2018. Guests can try a tapas-style dinner or opt for one of the entrees ranging from $23 to $38.

The restaurant also uses many local ingredients in its food and drinks. A standout among customers on the cocktail menu is the espresso old fashioned that uses local coffee from Indah Coffee Co.

For beer lovers looking for a rooftop bar experience, River Rat Brewery on Shop Road opened its rooftop in early 2018.

What sets River Rat apart from the average brewery? Taproom manager Patrick North says it’s the family- and dog-friendly atmosphere, the location and the food menu.

“We probably have the best wings in the city,” North said.

The brewery is on Shop Road not far from Williams-Brice Stadium, which North said makes it a prime location for fans going to or returning from a game. Customers have the option to eat and drink inside the bar downstairs, head outside with their furry friends to the picnic tables on astroturf or travel up a silo to the brewery’s rooftop bar that opened in March 2018.

As the temperatures drop this fall, customers can still enjoy various cocktails and brews under the stars next to heaters at Hendrix and River Rat.

Though Black Rooster is newer, Niemi still has plans to keep customers up on the rooftop bar.

Hendrix and Black Rooster are open for dinner most days and River Rat is open for lunch and dinner all days but Mondays. 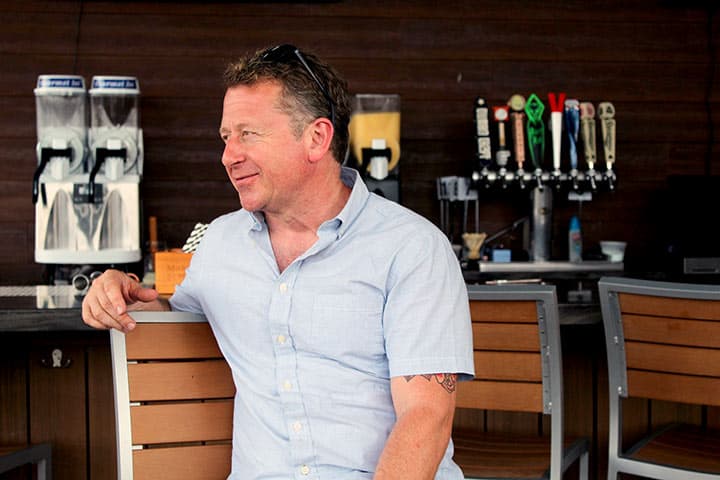 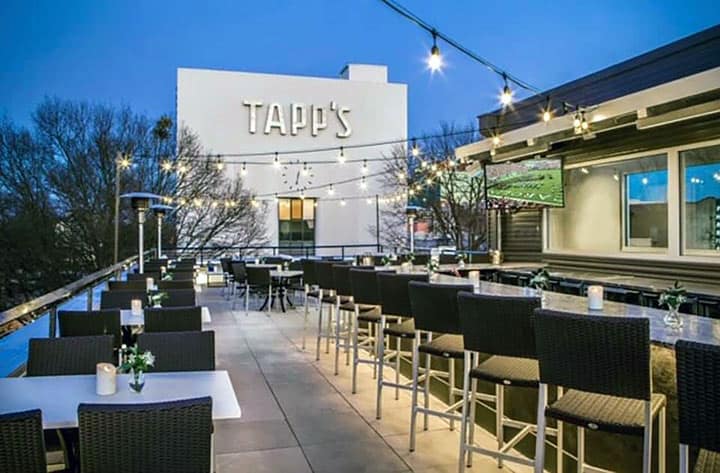 Hendrix, one of Columbia’s newest rooftop bars, looks out to buildings on Main Street. Credit: Hendrix 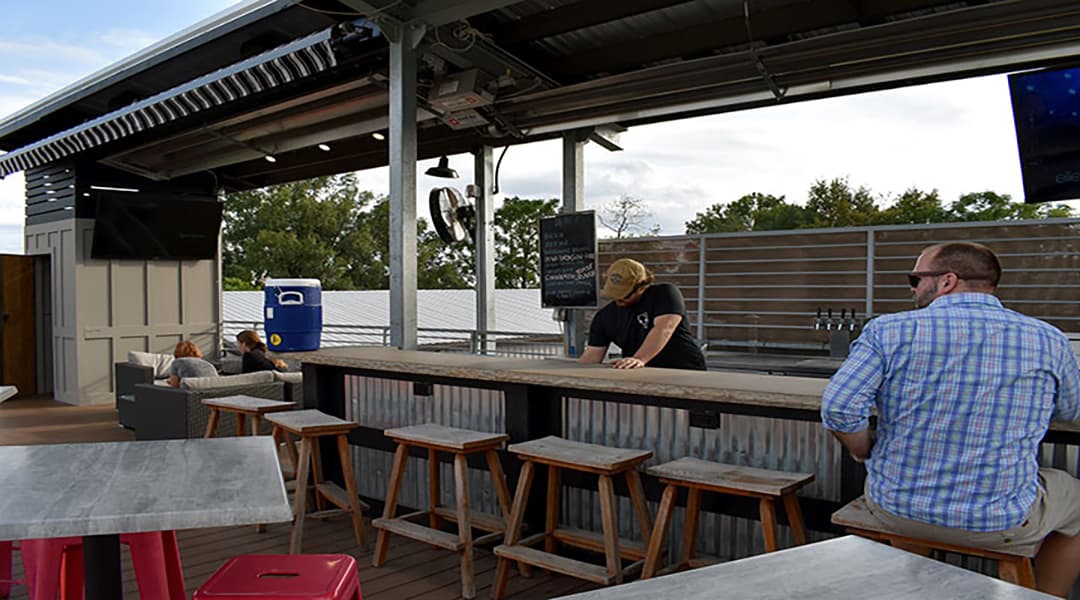 A bartender prepares for the after-work rush at River Rat Brewery’s rooftop bar on Tuesday, Oct. 8. 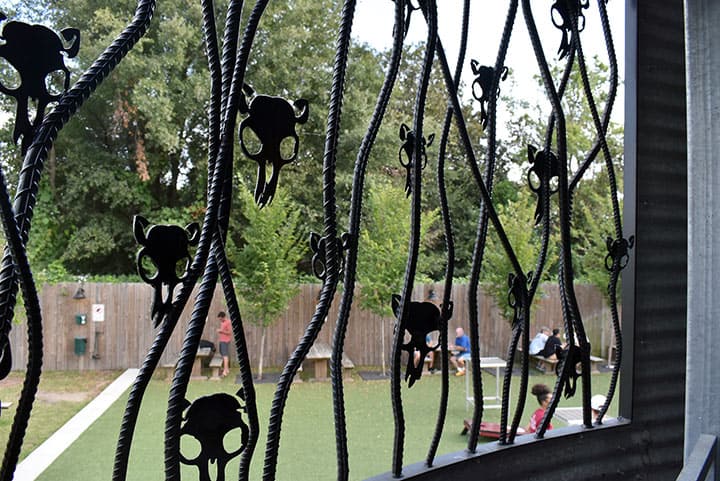 The silo entrance at River Rat Brewery looks out to its patio with astroturf and picnic tables. Guests can climb the stairs in the silo to visit the brewery’s rooftop bar that opened in 2018.