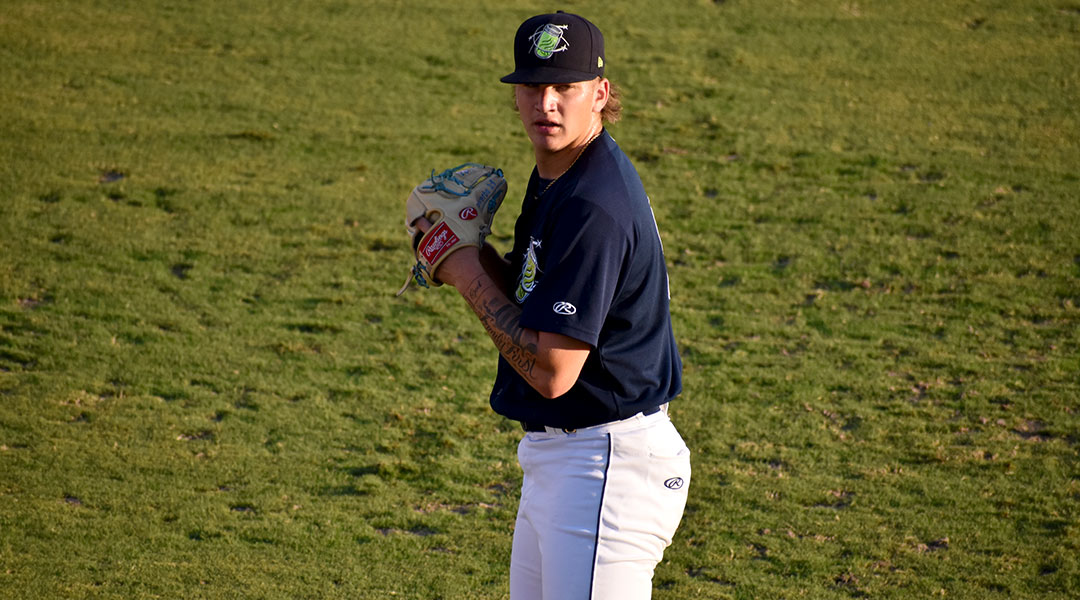 Right-handed pitcher Ben Kudrna prepares to make his final start in 2022. Kudrna was named the Columbia Fireflies Pitcher of the Year on Sept. 12. (Photo by Jack Veltri)

Brad Shank knew the Columbia Fireflies players lacked experience when they finished with the worst first-half record in the Carolina League.

He specifically remembered a game on Sept. 7, toward the end of the season. The Fireflies were tied at seven with the Charleston Riverdogs, in extra innings.

“Our guys had battled back,” said Shank, the Fireflies’ team president. “Gavin Cross hit a home run in the ninth to tie it up. We went back and forth in the 10th.”

But, as Shank watched from the stands, the first-place Riverdogs crushed three home runs to take an 11-7 lead in the 11th inning.

The game signified the end of the Fireflies’ postseason hopes.

Youth played a key role in the team’s continuing struggles.

Columbia struggled to compete against Charleston all year long, with a 7-17 record and 52-79 overall. Meanwhile, the Riverdogs went on to win the team’s second-straight Carolina League Championship.

Shank credited the Tampa Bay Rays, the major league affiliate of the Riverdogs, for developing their players the right way.

“And that’s something that we’ll just have to figure out a way to catch up with,” Shank said.

This year was an adjustment for some of the players participating in their first full season.

The average age for the 39 players on the Fireflies’ roster was 21. The Riverdogs’ average age was 22.2.

As the season went on, the Fireflies played better. The team impressed Shank with how the younger players learned from their early struggles.

“We were way younger than any other team in the (Carolina) league, a lot of 17, 18, 19-year-olds,” Shank said. “So to see them improve, and then in the second half end up just losing out to Charleston and finishing second in the division to the team that had the best record in Minor League Baseball was really a great finish.”

Jensen, 19, was named the Fireflies Player of the Year on Sept. 12. He said he had to learn how to live on his own as a professional.

“You got to grow up fast because you don’t have mom and dad around to help you do everything,” the catcher said. “Now, it’s not too weird. I mean, it’s become the new normal.”

In a recent interview on the Royals Farm Report podcast, Fireflies Broadcast and Media Relations Manager John Kocsis Jr. said there was a noticeable difference when Vazquez and Rodriguez were on the field together.

“To finally get those two back together and watch some of the plays they made — there were some incredible double plays in that month where both of them were healthy,” Kocsis said. “That was fantastic to watch.”

In his first year as manager, Tony Peña Jr. was responsible for developing some of the youngest talents in the Royals’ farm system. With his background as a longtime professional shortstop, Peña was the perfect player mentor, Shank said.

“He’s definitely a guy who is out there when they’re doing early work and helping guys in the cage,” Shank said. “Some managers are a little more hands-off and let hitting coaches and pitching coaches do their thing. But I think he definitely was involved in having been through it himself.”

As the Fireflies head into next year, the organization won’t know who will be on their roster until spring training ends. But with some time to learn from this past season, Shank said the players will come back better.

“I think there’d be a comfort level … Any of those situations where you got a guy that comes back, hopefully, it’s a situation where they come in comfortably, and then can really improve and continue to move up the ladder,” Shank said. 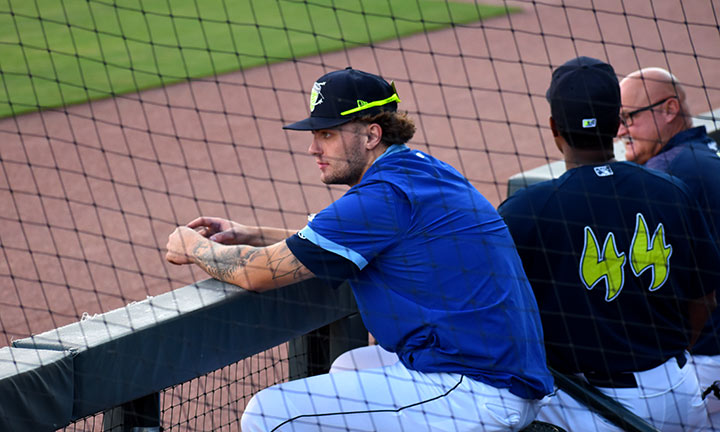 Fireflies catcher Carter Jensen sits on the bench, looking on, as his teammates get ready to play. (Photo by Jack Veltri) 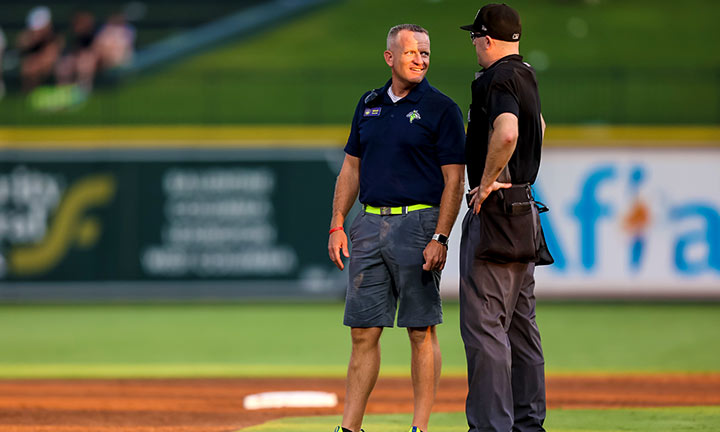 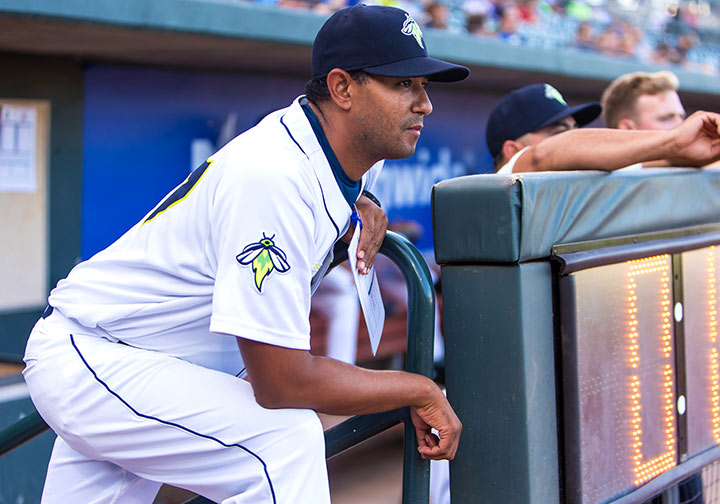