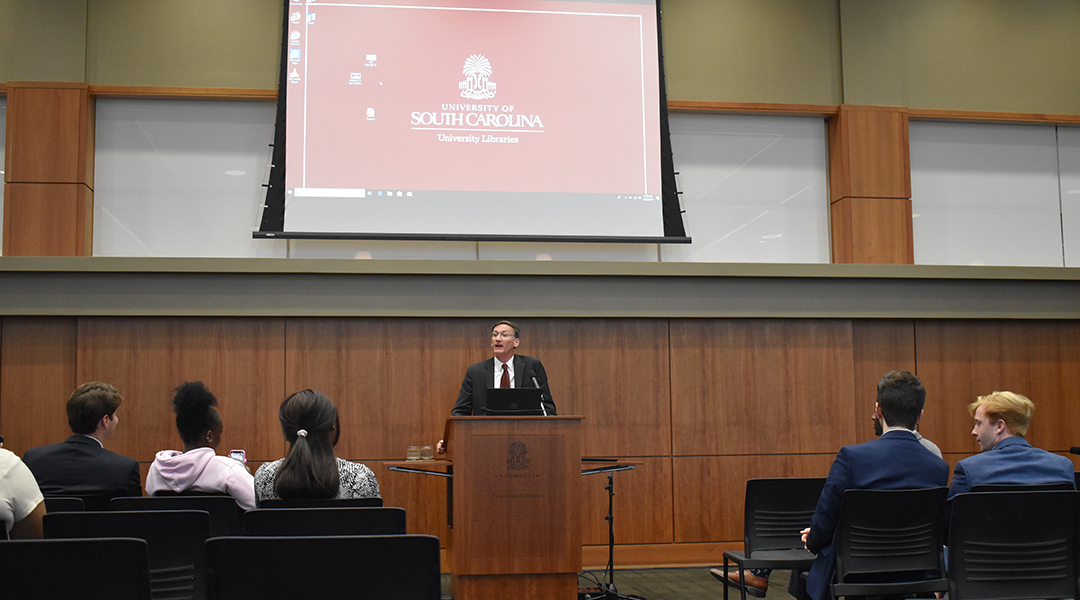 Joseph T. Walsh, Jr., one of the final four presidential candidates for the University of South Carolina spoke at a student forum at the Ernest F. Hollings library on campus Monday.

The first of the final four presidential candidates for the University of South Carolina visited the campus Monday, addressing faculty and speaking to a student forum in the Ernest F. Hollings Library.

“I see a good culture,” Walsh said about the university.

A main point Walsh addressed was the ability to interact with the people of the university, especially the students.

“I’m not going to understand this place unless I talk to people,” he said.

His first interaction with a Gamecock came on his flight from Chicago to Columbia Saturdaywhen a student was sitting next to him and asked if he happened to be the candidate coming from Northwestern.

Students will have an opportunity to meet the three other finalists later this week, including John S. Applegate, professor and executive vice president for university academic affairs for Indiana University, Robert L. Calsen, Jr., senior counsel to the president of the University of Central Florida and William F. Tate IV, dean of the graduate school and vice provost for graduate  education at Washington University in St. Louis.

Some students have already expressed reservations about the Board of Trustees’ selections, noting that there were no female candidates among the four.

Fourth-year student Megan Rigabar has begun gathering signatures on a letter she has written addressing the lack of female candidates in the semi-finalists and finalists pool. Rigabar serves as president of the United Justice Mission and vice president of Women Lead.

“The first thing I noticed is that they were all men. We deserve some representation in our finalists pool,”  Rigabar said. “We now have 26 different student organizations signed on and a number of professors as well.”

Rigabar also noted that the candidate pool was a search process conducted by the university.

“This was not an application process. Eleven of the semifinalists were all also male,”  Rigabar said. “Diversity is something that we can’t put on the back burner, it needs to be at the forefront of this search and it needs to be reflected in the candidates we’re choosing from.

Tate will visit campus Tuesday, Caslen Jr., will visit Wednesday and Applegate will conclude the finalists’ visits on Thursday.

All four of the finalists have a tough act to follow behind popular President Harris Pastides.

“It’s a hard act to follow. He’s beloved. It tells me one can be successful here,” Walsh said.  “I am not sure I can do MINI Cooper conversations though,” Walsh  said in reference to Pastides’ special MINI Cooper interviews on Twitter. 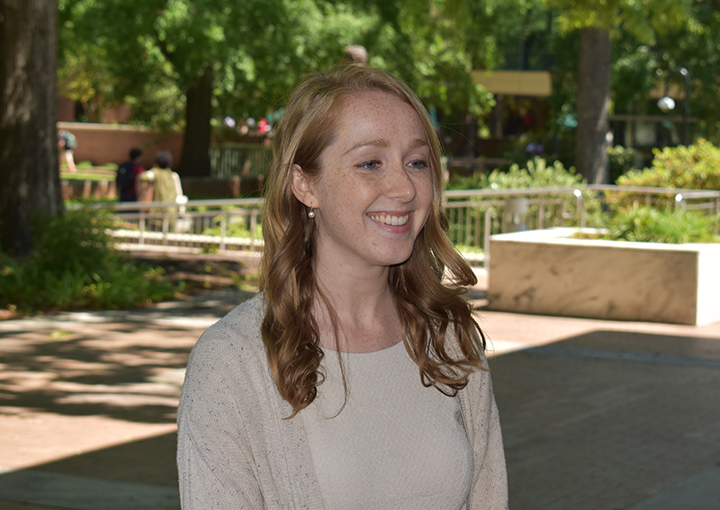 Fourth-year student Megan Rigabar has gathered signatures from student organizations and faculty addressing the lack of female candidates in the semi-final and final round of the University of South Carolina president search.