He wants to bear this cross 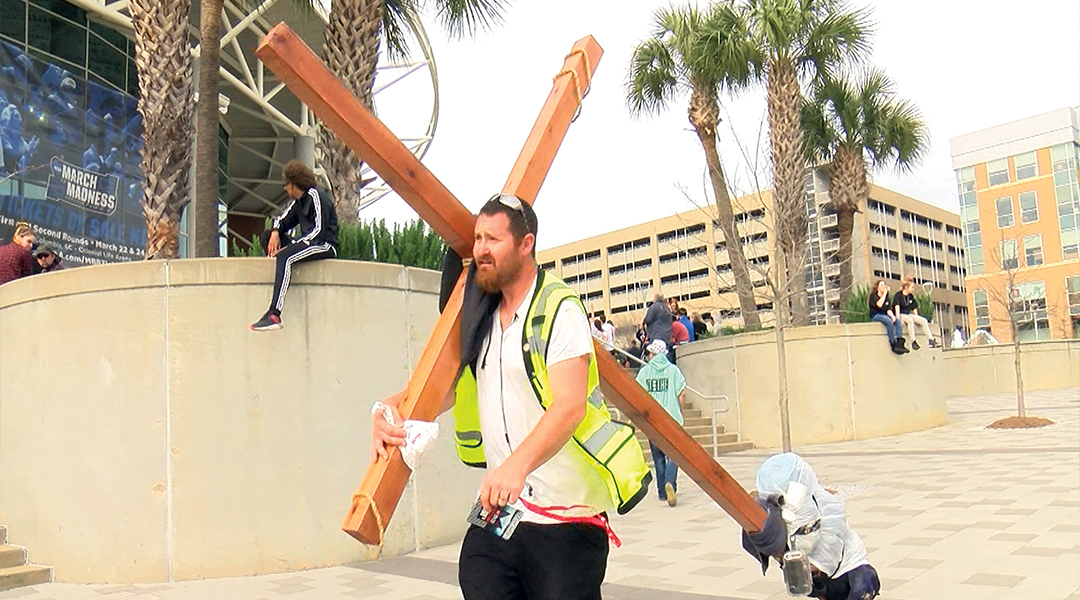 The Grand Canyon is a destination for adventurers, a place where hikers roam the majestic trails. Most arrive by plane or car. But one man is walking from a coastal town in South Carolina carrying a giant cross made out of cedar.

The reason? Acie Burleson says he wants to show the power of Jesus.

“I have gotten every look you can from people, but who cares, I am loved by Jesus!” Burleson, who is from Andrews, said.

On a recent spring day, Burleson was hauling the massive cross across the University of South Carolina campus, attracting attention from students and other passersby.

“It was mixed emotions,” said Steve Morgan, of Aiken, who saw Burleson carry the cross near Colonial Life Center. “Like ‘Man that’s a little crazy.’ But I really appreciate him doing that.”

Morgan has his wife and small children with him, and he said he thought Burleson’s actions showed that people should not be afraid to talk about their faith in God. .

“I think today many people are afraid of it. They are afraid to say, hey I am a little bit different. This is what I believe.”

Burleson began traveling around the country with a cross about 14 years ago. He said he and his wife, Anastasia, were saved at a church conference shortly after he had a dream. In this dream he heard a voice say to him, “Go and tell others about the returning of Christ Jesus.” Ever since that dream he said he has made it his mission to do just that.

His wife encourages him on his journeys, reminding him of his mission and to “Go out there and spread his message,” he said.

When the cross gets too heavy he switches shoulders. When it comes to rest he has a sleeping bag, but he had a conversation with God before he left his home on this latest trip.

In that conversation he told God that if he was supposed to have something provided that he would not ask, but that he would receive. In the first five days of his travels, which began March 10, he has had a place to stay every night. He also has received three different rides, which is helpful since he can only walk back roads.

Sometimes he said he gets a little tired, but one story makes it easy to keep going.

“There was a woman driving and she was just looking at me, so I waved like ‘Hello’ and kept walking. She then cut me off and is just falling out of her window weeping and crying,” Burleson recalled, and saying thank you.

” Just like that crying and I was like, ‘Oh my gosh what’s wrong? What happened? Are you alright?’ and she said ‘I was one block away from killing myself and you stopped me.’”

“That is the power of this. That is Jesus behind it.”

He is still currently traveling, and hopes to arrive at the Grand Canyon by the end of May. 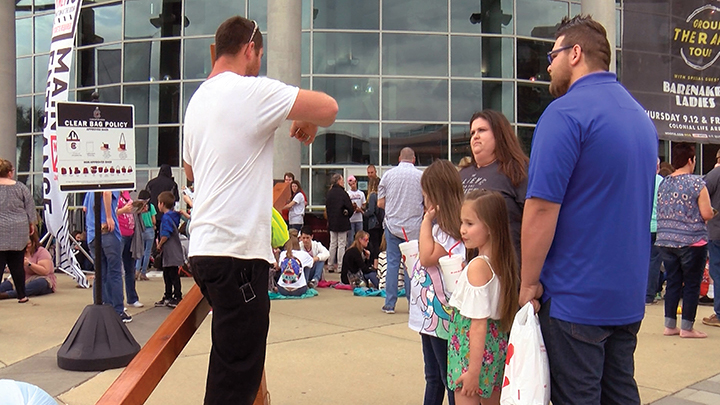