Five Points is changing. Here’s what the future might hold 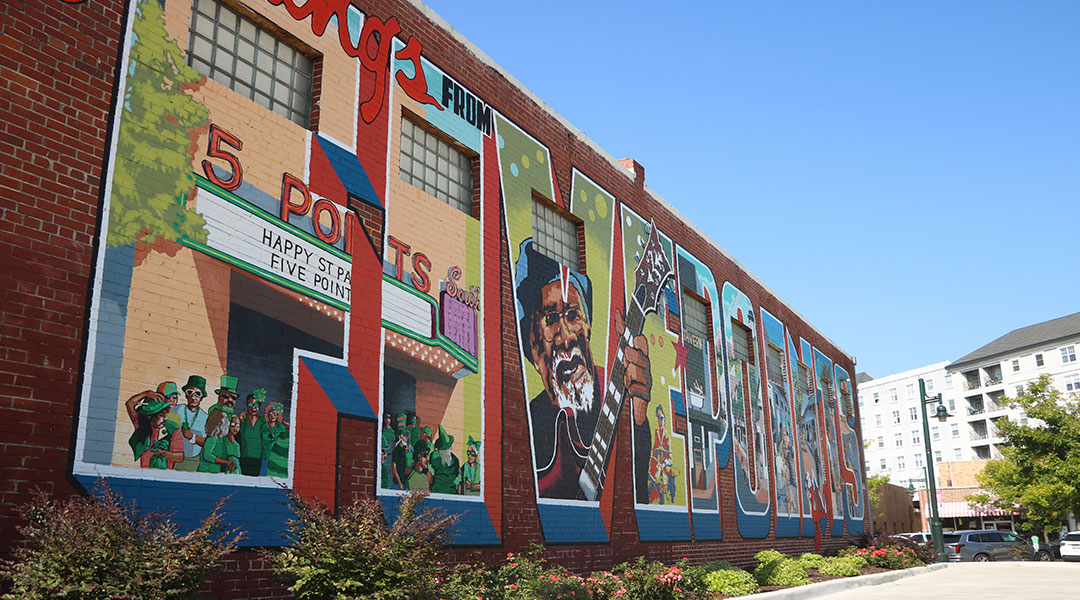 A mural depicts the eclectic feel of the Five Points area in Columbia, S.C. Photos by: Hannah Wade

Despite 33 vacant buildings and bar closures, plans for new developments have government officials and business owners optimistic for the future of the Five Points neighborhood.

The recent $4.5 million sale of an office building on Devine Street, along with plans for the old Wells Fargo building and road modifications, could be the catalyst for change. The district, which some residents say is overrun with drunk college students, is being pushed towards becoming a hub for young professionals.

“It’s almost like we have boulders on a cliff,” said Steven Cook, president of the Five Points Association and owner of Saluda’s restaurant. “And it’s just almost about to be pushed over and once that happens a lot more businesses will open.”

The development of the 2221 Devine St. building is set to attract more people to the area, with city officials planning to use it for living and retail space.

“The old probation parole building which is up on Devine Street has been sold,” said state Sen. Dick Harpootlian, D-Richland. “The city bought it and sold it to a private developer. It’s going to be luxury apartments developed, not student housing.” The senator, who represents South Carolina’s District 20, is passionate about creating a neighborhood free of “18 year olds who overindulge at dive bars.”

Harpootlian emphasized this isn’t the only future development that will change the way Five Points operates. Lawmakers and Five Points officials are planning to develop the old Wells Fargo building into a combination of parking, residential and retail space.

“Right now, Five Points is a changed place,” Harpootlian said, attributing the increase in the University of South Carolina’s student population to the overcrowding of small, college bars.

The University’s student population has grown by 126% over the last 40 years.

“There were about the same number of bars that there are now but when I was in school there was probably half as many kids as there are now,” said Tim Smith, owner of Papa Jazz Record Shoppe. Smith has been working in the Five Points area since the 1980s.

People in the area, like Harpootlian, took notice of rowdy students disturbing their yards and houses in the early hours of the morning. He blames the issues on “the service of alcohol and cheap liquor to underage kids.”

“As a member of the neighborhood, I began litigating cases to shut down bars where there was a long record of being cited for serving underage kids,” said Harpootlian, who is also a lawyer. “My office continues to litigate these cases opposing renewals and I think we shut down seven or eight bars so far and we have more to go.”

According to Harpootlian, his hope is that the bar closures will help open the door for different establishments to come in.

Cook, and others in the Five Points Association, are optimistic for the future of the neighborhood. They want to see the district thrive during the day as well as at night.

While bar closures have frustrated many, others are hopeful that this could make the Five Points area attractive for more than just nightlife.

Students like Brandon Gugenheim, a third-year political science major at the University of South Carolina, would like to see more places for a good meal. “Some restaurants, kind of like Village Idiot, Publico, or something along those lines. Just somewhere for people to hang out.”

Despite the vacancies and incoming developers and projects, Cook isn’t worried that the village will lose its eclectic feel.

“I don’t think Five Points will ever lose its character. I mean it’s hard to put a value on it, but there’s just a buzz and an energy in Five Points,” Cook said. 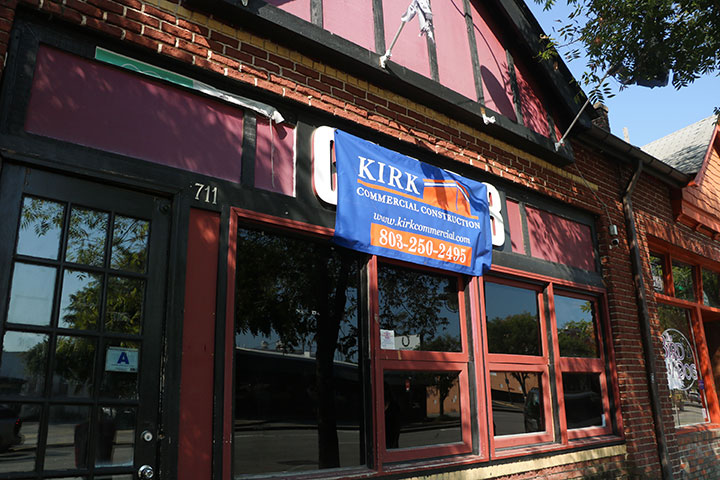 Cover 3, one of a number of Five Points bars that have closed in recent years, sits vacant with a developer banner hanging over the sign. 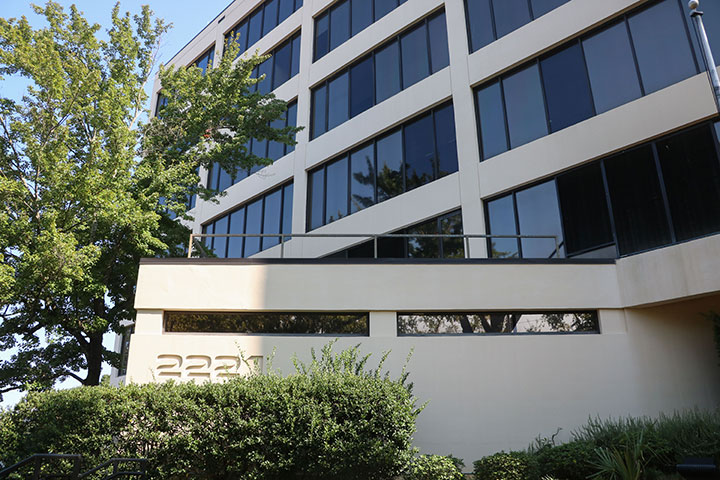 The 2221 Devine St. office building, pictured above, recently sold for $4.5 million. Officials are hopeful the sale will bring new commercial and residential development to the Five Points area. 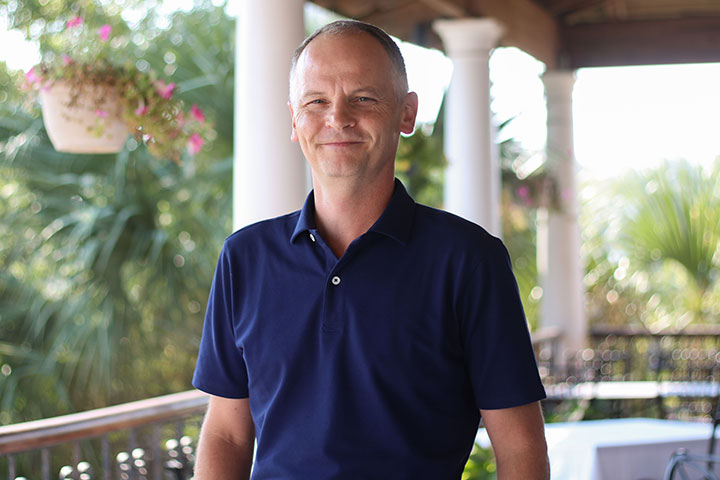 Steven Cook, president of the Five Points Association and owner of Saluda’s restaurant, poses for a photo at his restaurant. 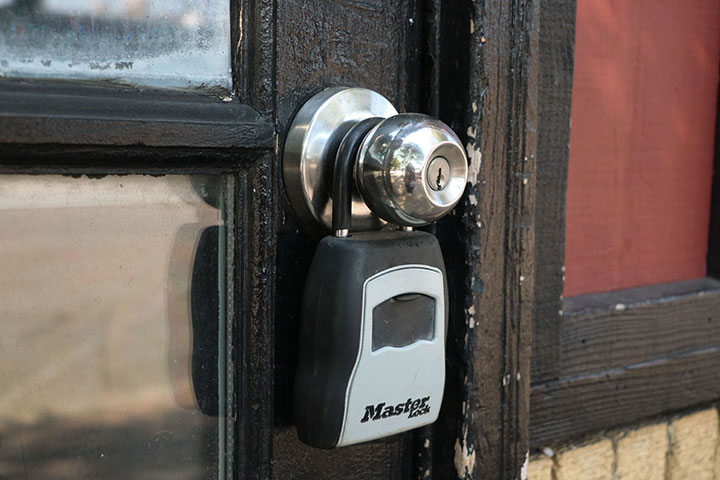 A lock on the door of Cover 3, a closed bar in Five Points.